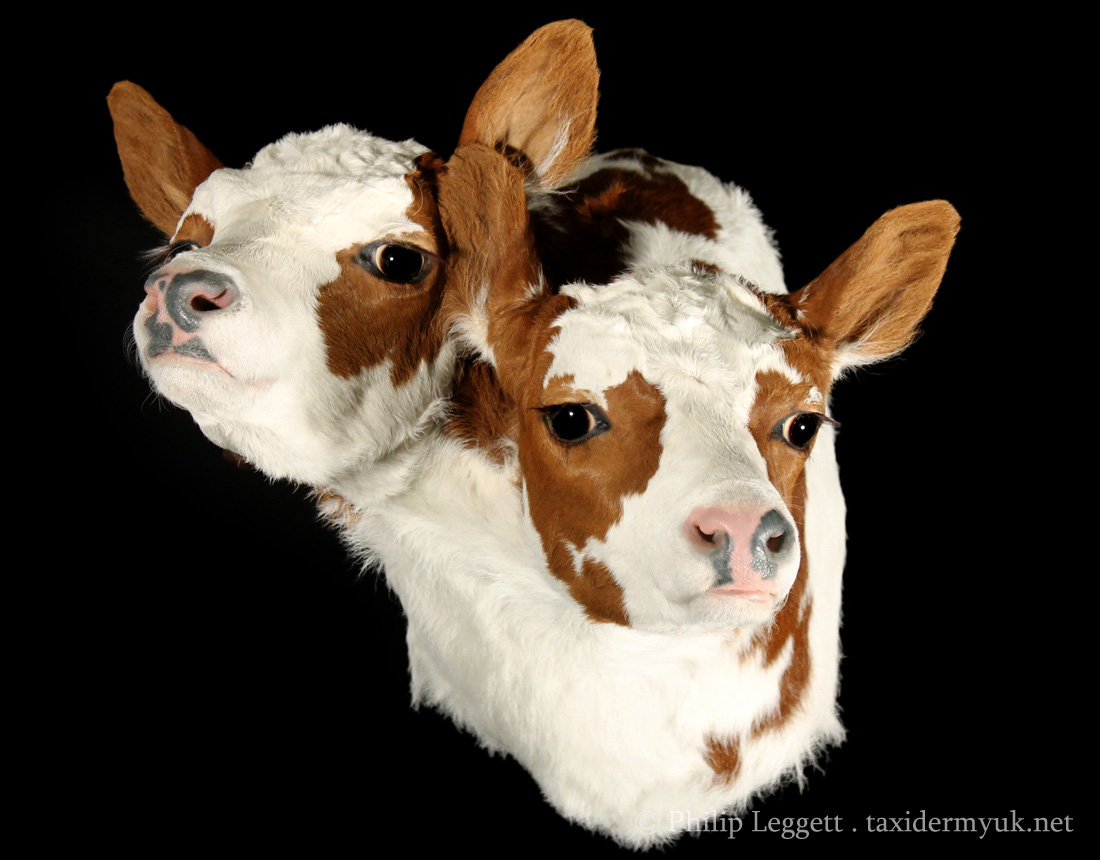 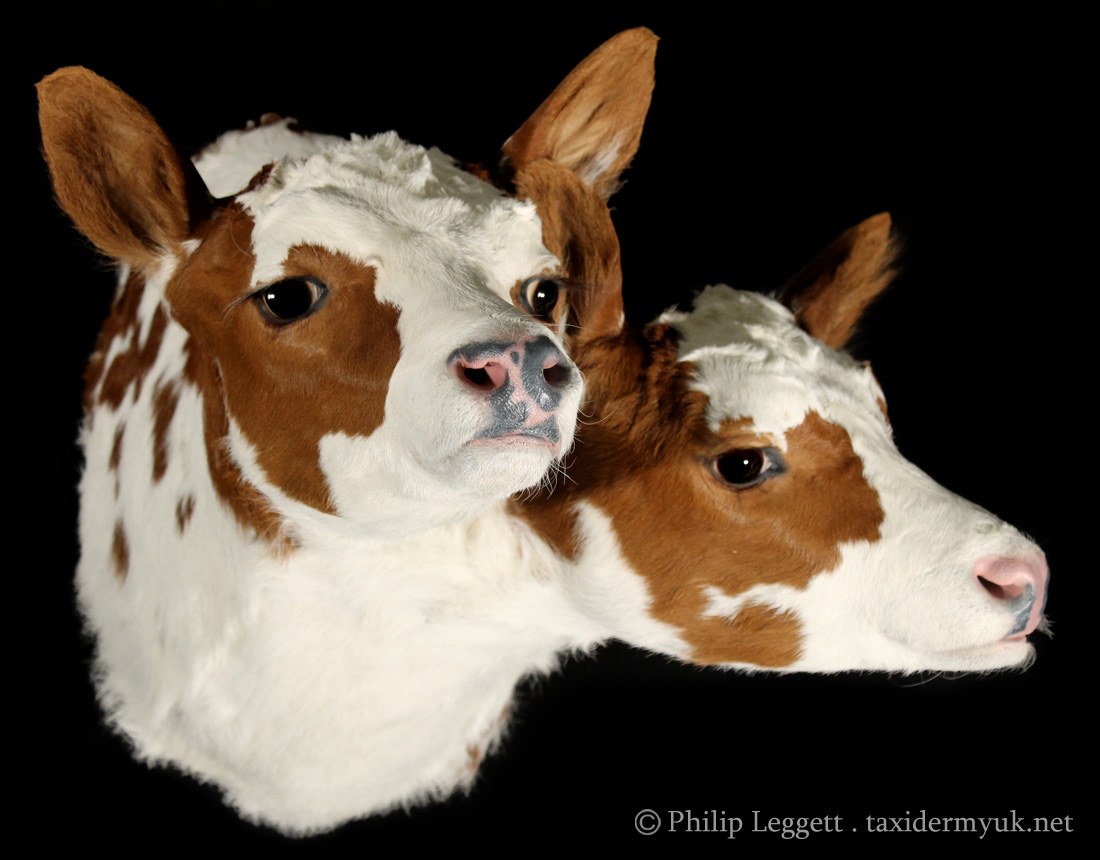 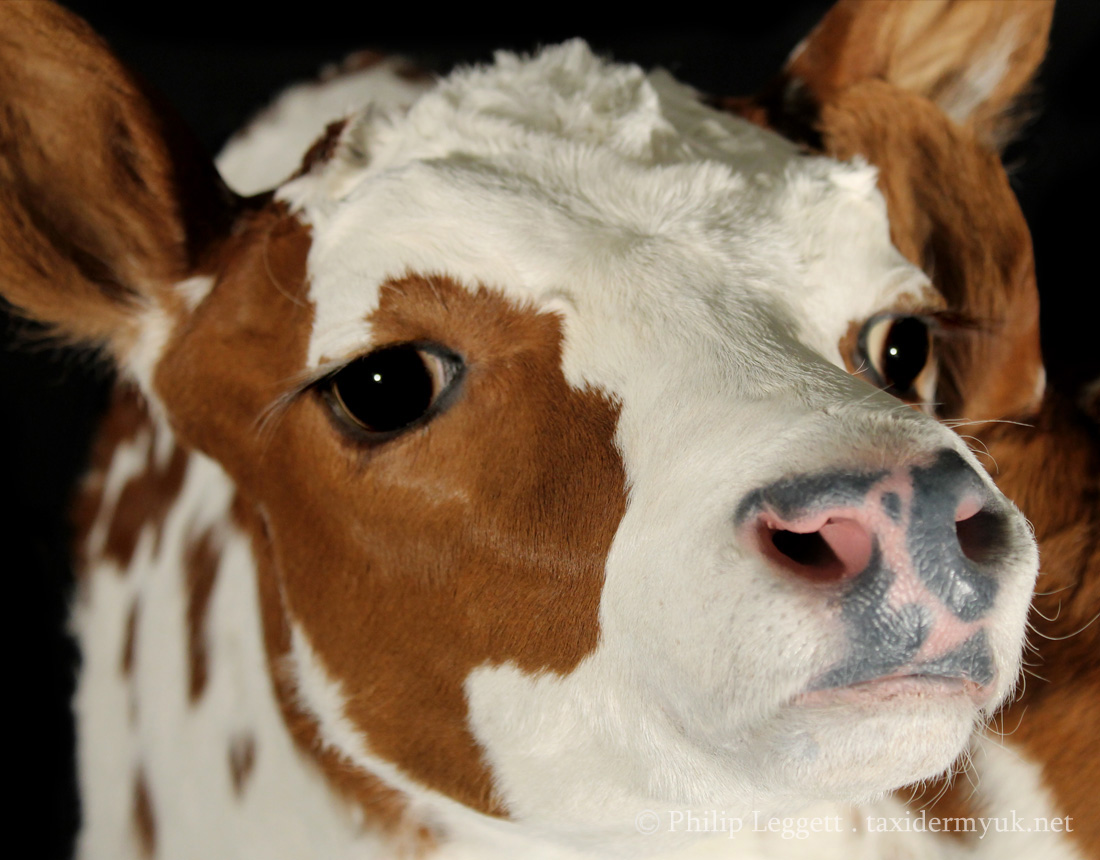 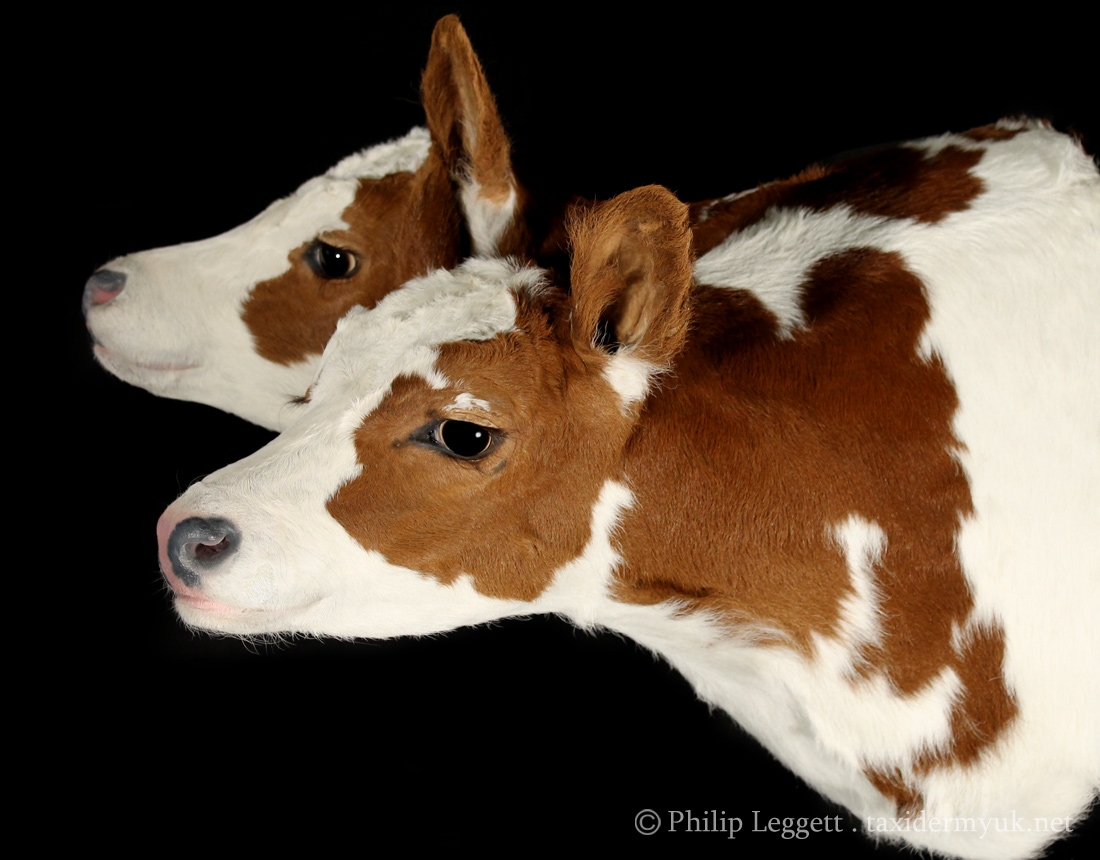 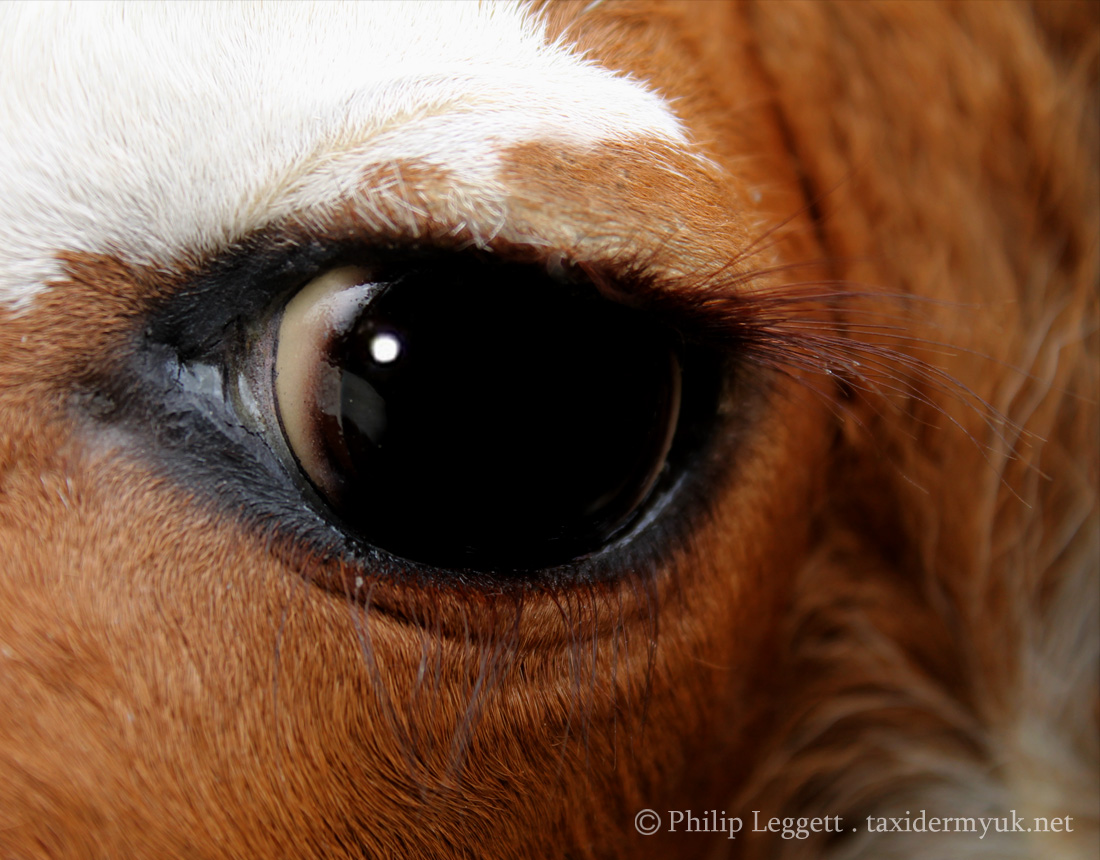 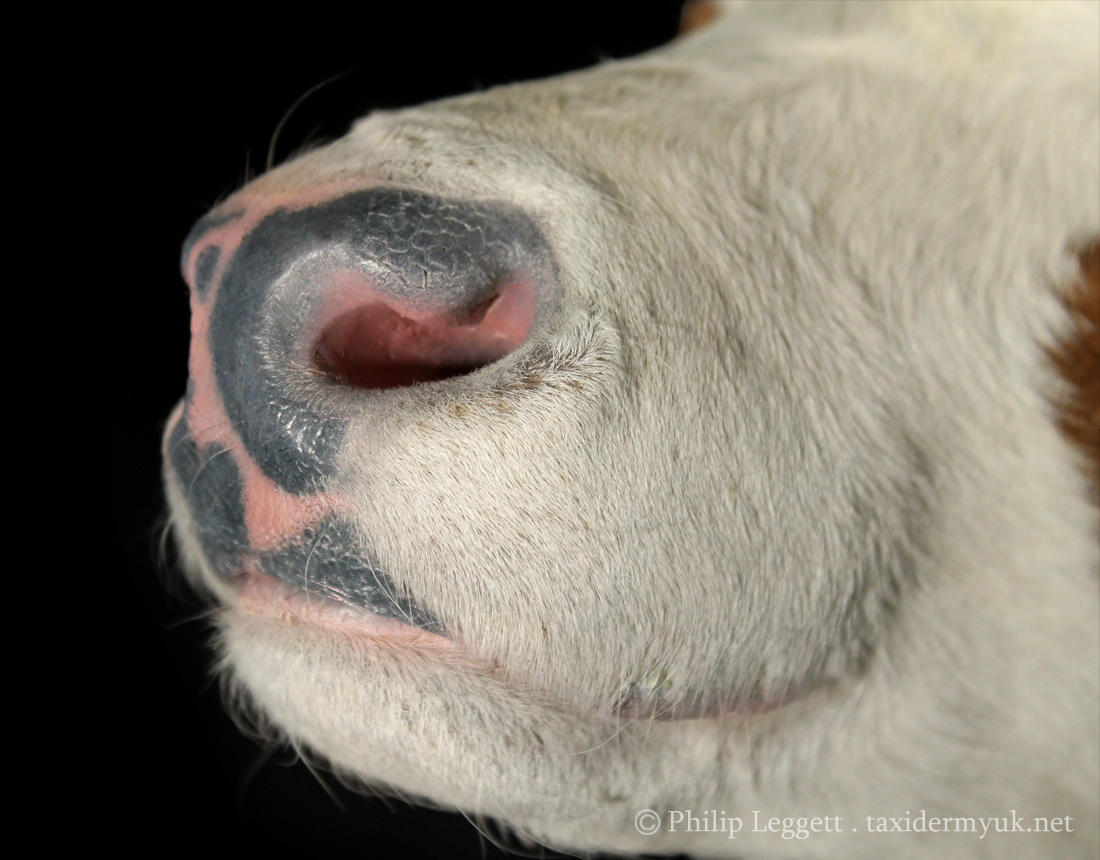 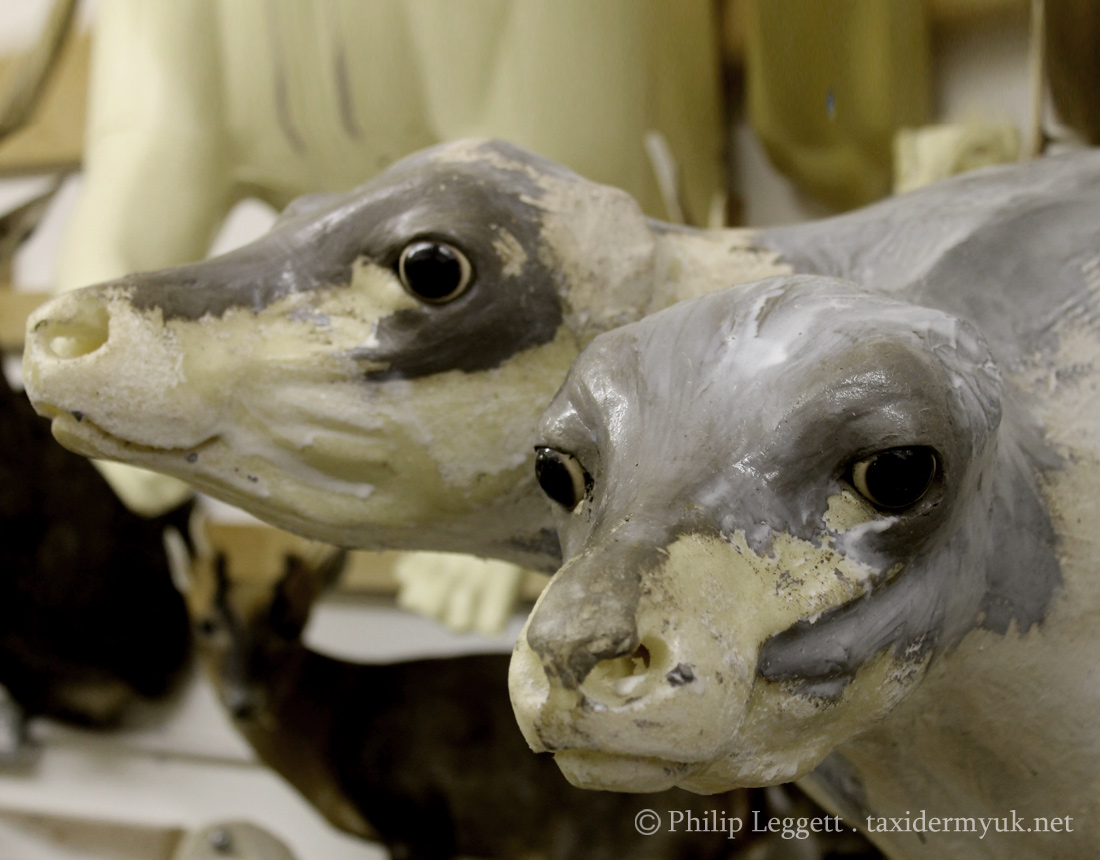 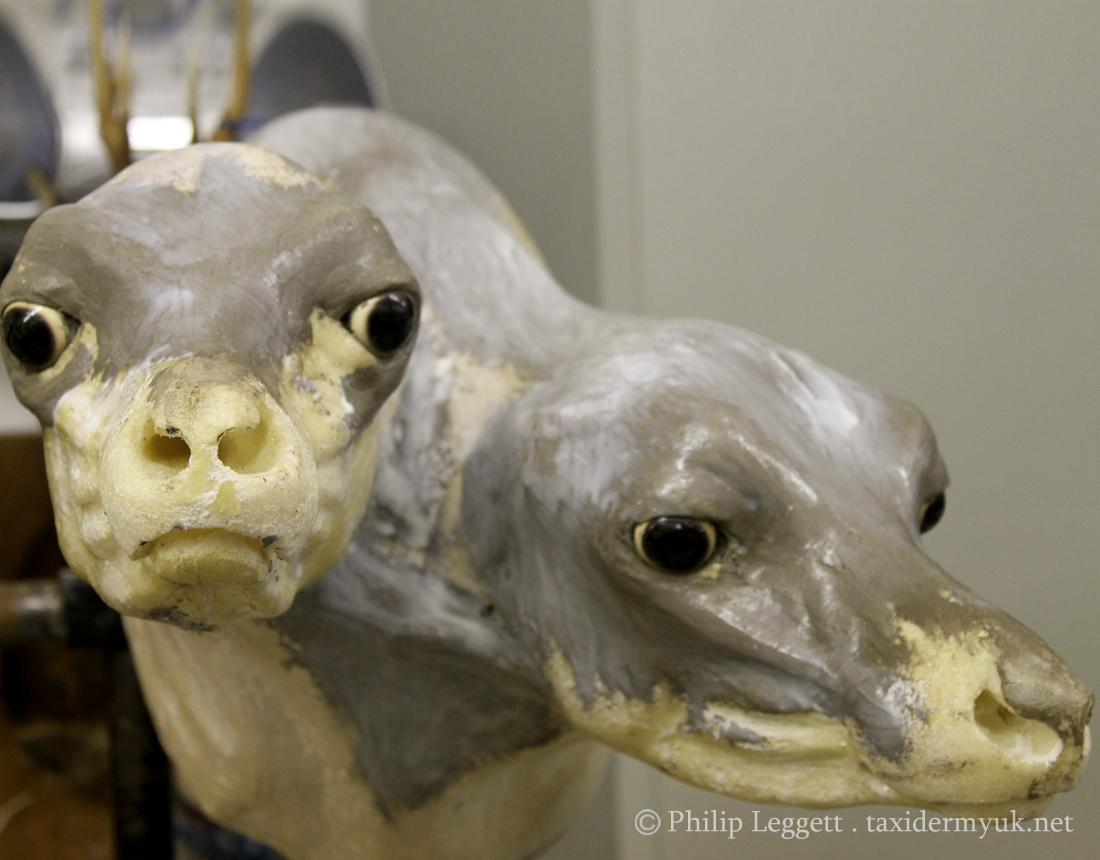 Two headed animals are creatures of myth and legend, even today, they are interpreted as a portent of evil or some other inexplicable event in many cultures throughout the world.

The two headed calf, though rare for most of us to see, is not actually that unusual.  If one considers the vast number of calves born nationally in the U.K, there is usually a few bicephalic calves amongst them. The condition these calves have is called Polycephaly, (having more than one head). Bicephalic Polycephaly refers to a creature which has specifically two heads. Few of these unfortunate animals  survive more than a few hours after birth and the remainder are usually euthanized for welfare reasons, as they can have very serious problems with breathing and feeding.

This two headed Areshire calf is certainly one of the more unusual specimens we have been asked to do. We were approached about mounting the calf by a farmer, who had discovered the unfortunate animal as a still birth in his herd of cows. For financial and space availability reasons, a full mount was not possible, so a shoulder mount was the only option.

I spent some time looking at images of new born calves, to gain some insight into how they look alive, I could not find any good images of a live two headed calf so, some educated guesswork was necessary. I took a lot of anatomy  measurements and reference photos, before and after skinning the calf, and then made some further casts, before sculpting the two heads and casting them for the mount. The images show, not just the completed mount, but the fully sculpted manikin just prior to the skin being fine modelled and glued into place.

This two headed calf is mounted as a shoulder mount. It is on a bespoke made: sculpted, moulded and cast manikin produced by us.  The mount consists of the following components: