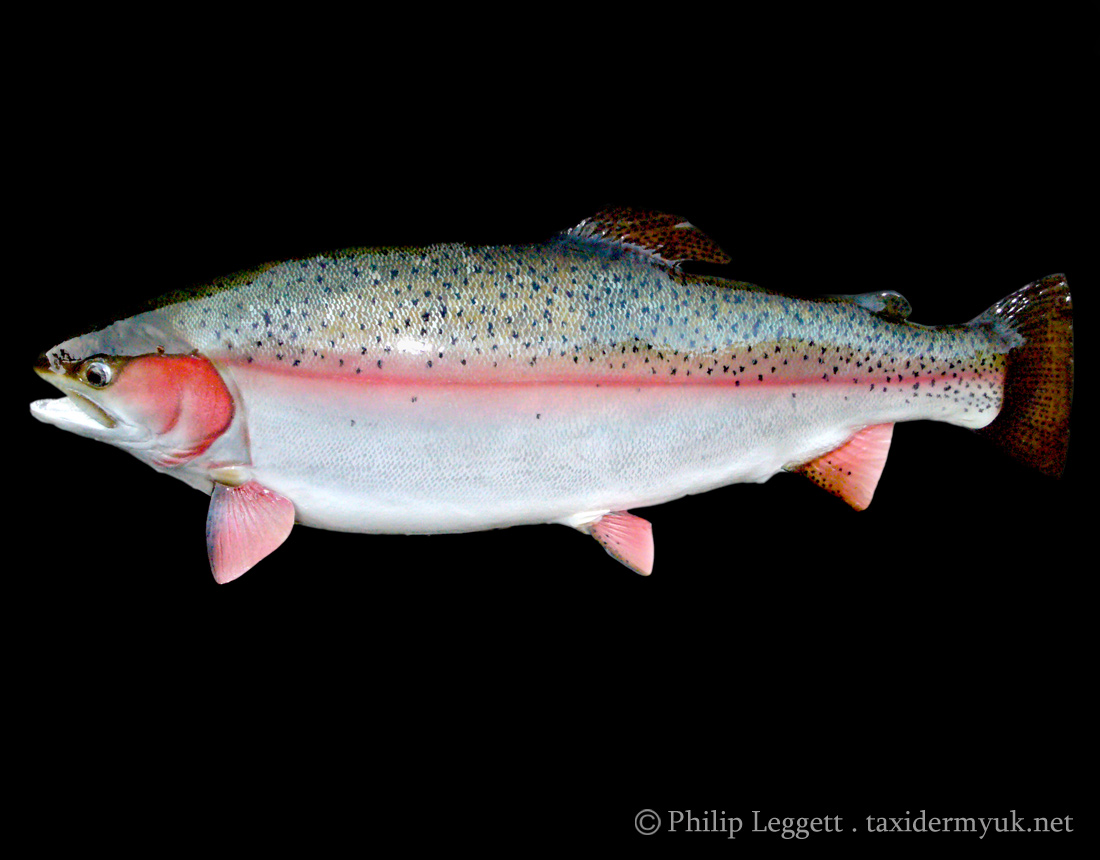 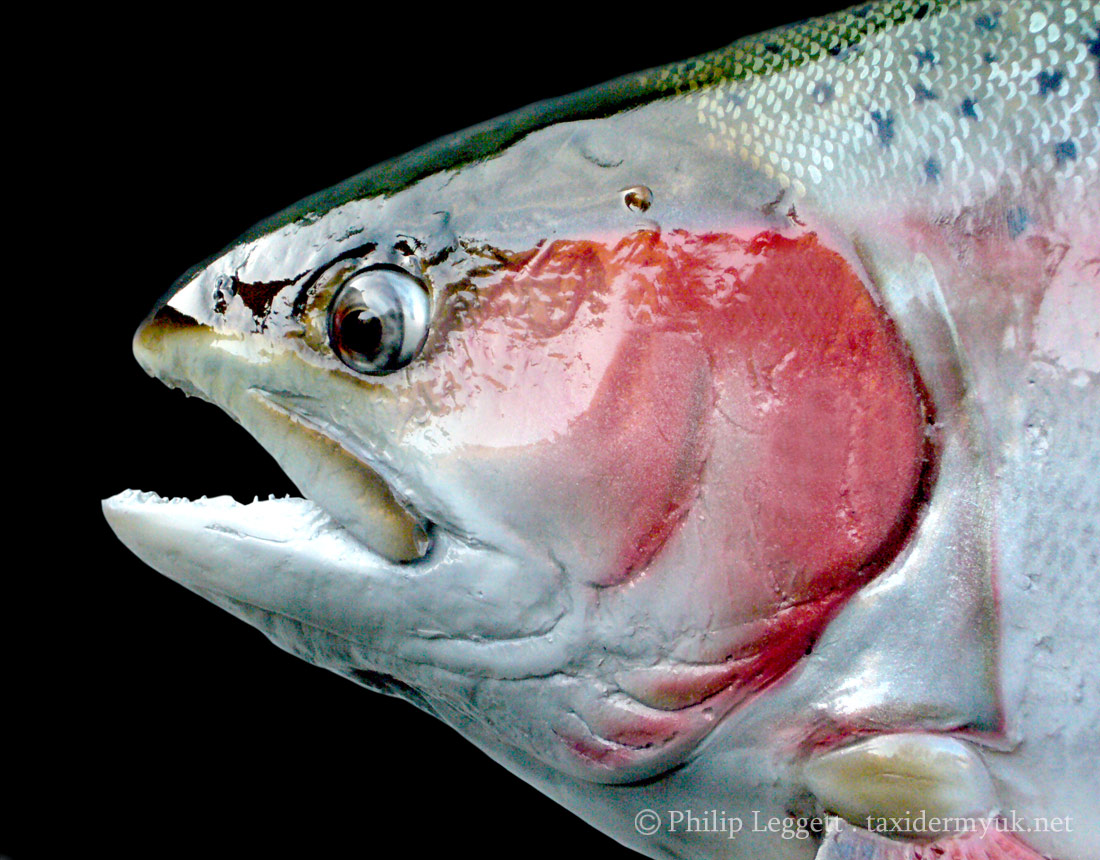 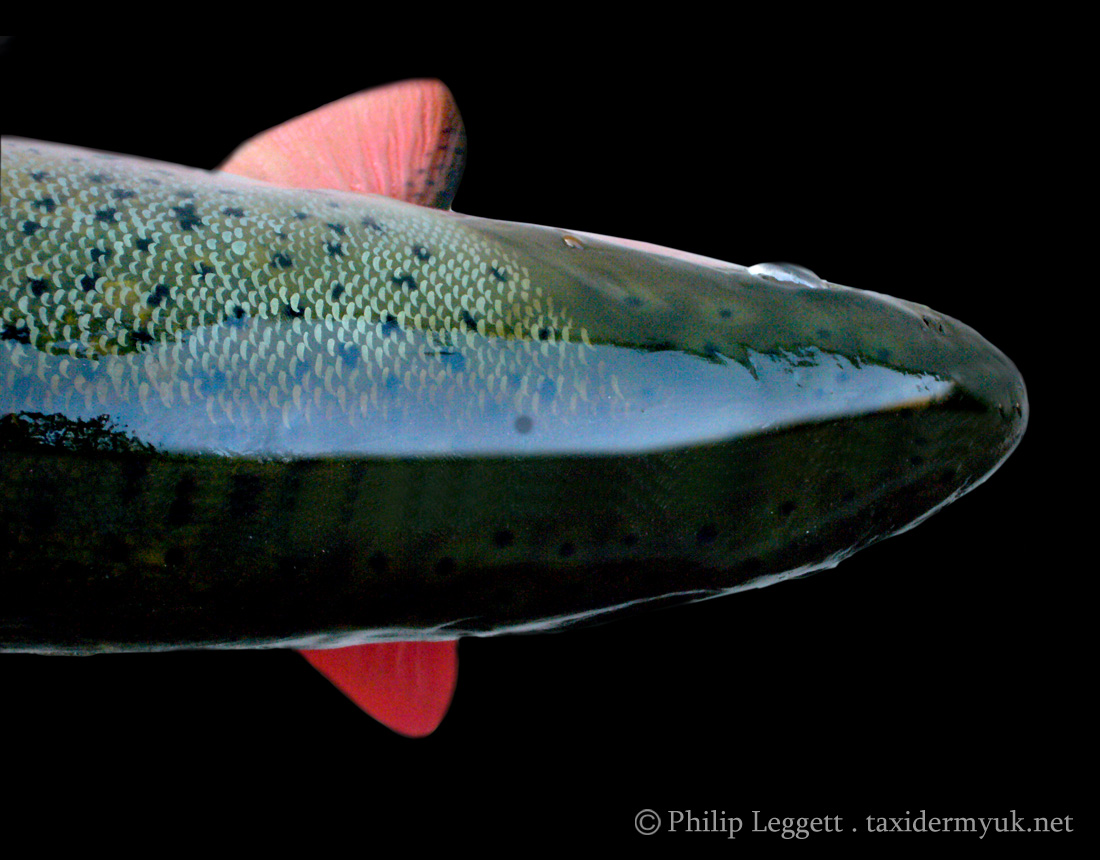 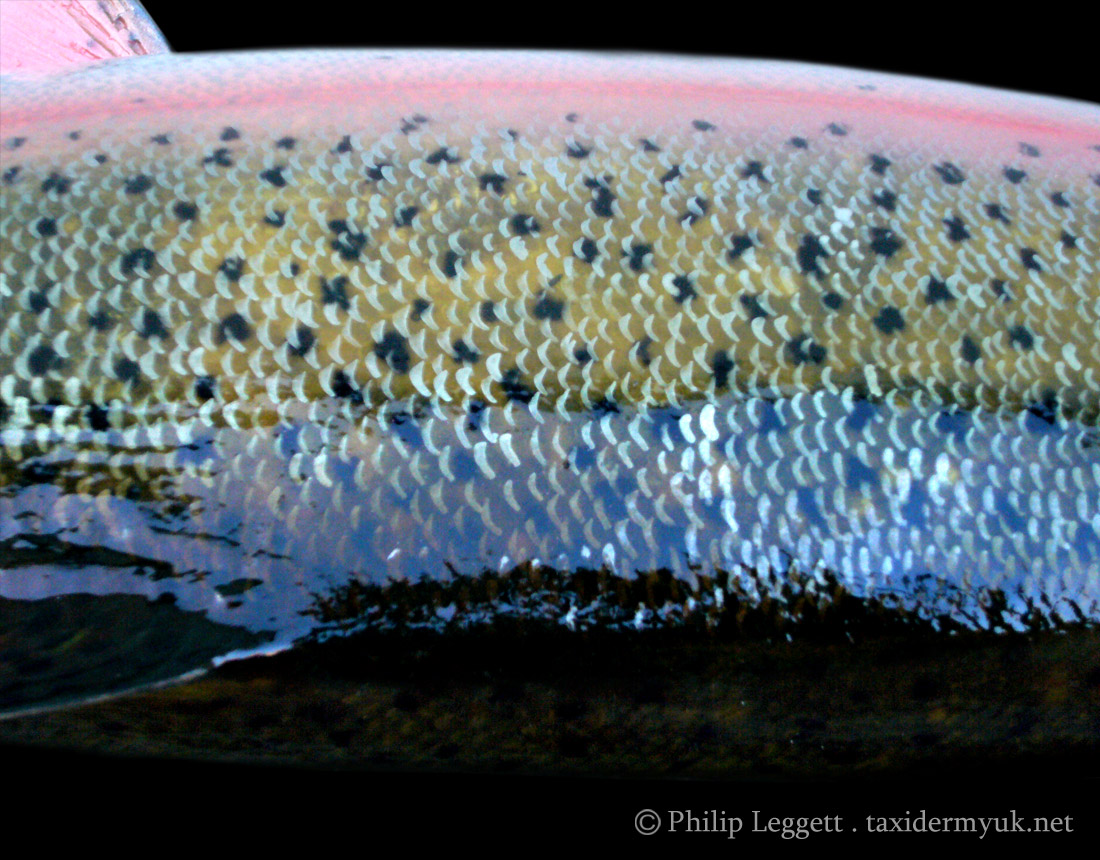 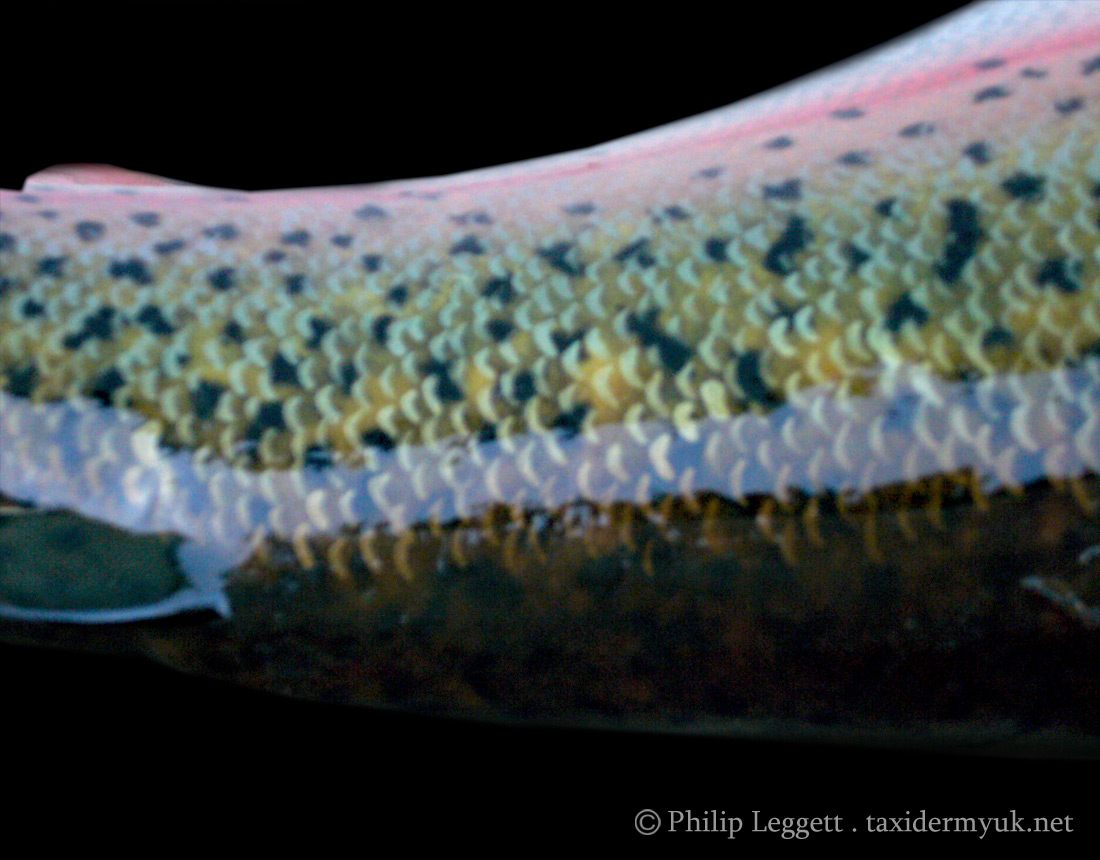 This large Triploid Rainbow trout weighed around 9lbs.  Triploid simply means sterile, it is not a term that refers solely to fish, as some people imagine. A banana can be triploid, seedless melons are triploid. It simply refers to the fact that they are sterile. The reason that fisheries use these triploids is two fold. Firstly it means that you can stock a fishery with them and there presence should not affect the gene pool of the resident fish genetically as they cannot interbreed. That said, they must have some effect on local fish as the second “benefit” of triploids is that they put more energy into growing far larger and more quickly than their wild counterparts. As large trout become predatory, and even canibalistic, they must affect the smaller local resident trout to some degree by predating upon them.

This is a skin mount of the actual trout, not a cast or a reproduction. The head is a cast as are some of the fins. Some triploids are intensilvly reared and can demonstrate physical deformity of varying degrees. This particular fish had deformed pectoral and ventral fins, which would look poor on the finished mount. We removed and replaced them with cast fins. Some wild fish can have injuries such as split and torn fins and other physical damage. We would normally consult with the client about whether or not to repair replace or leave it as part of the character of the fish.