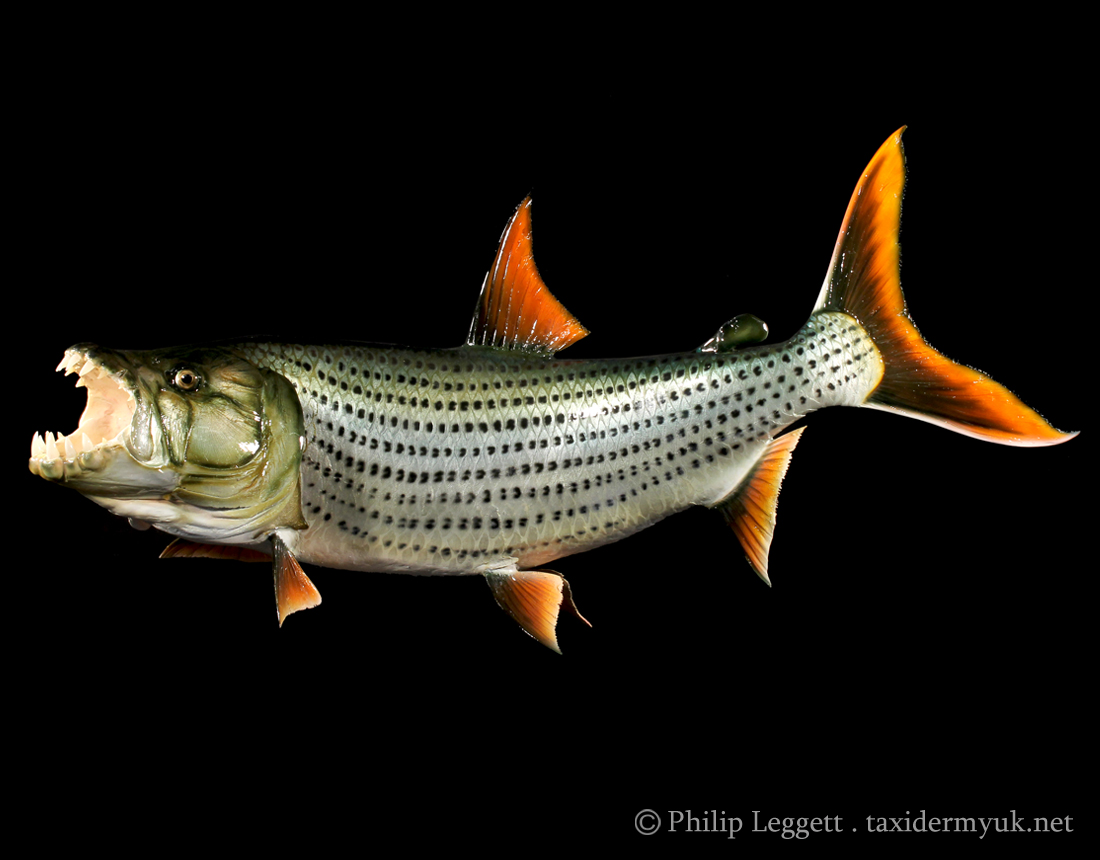 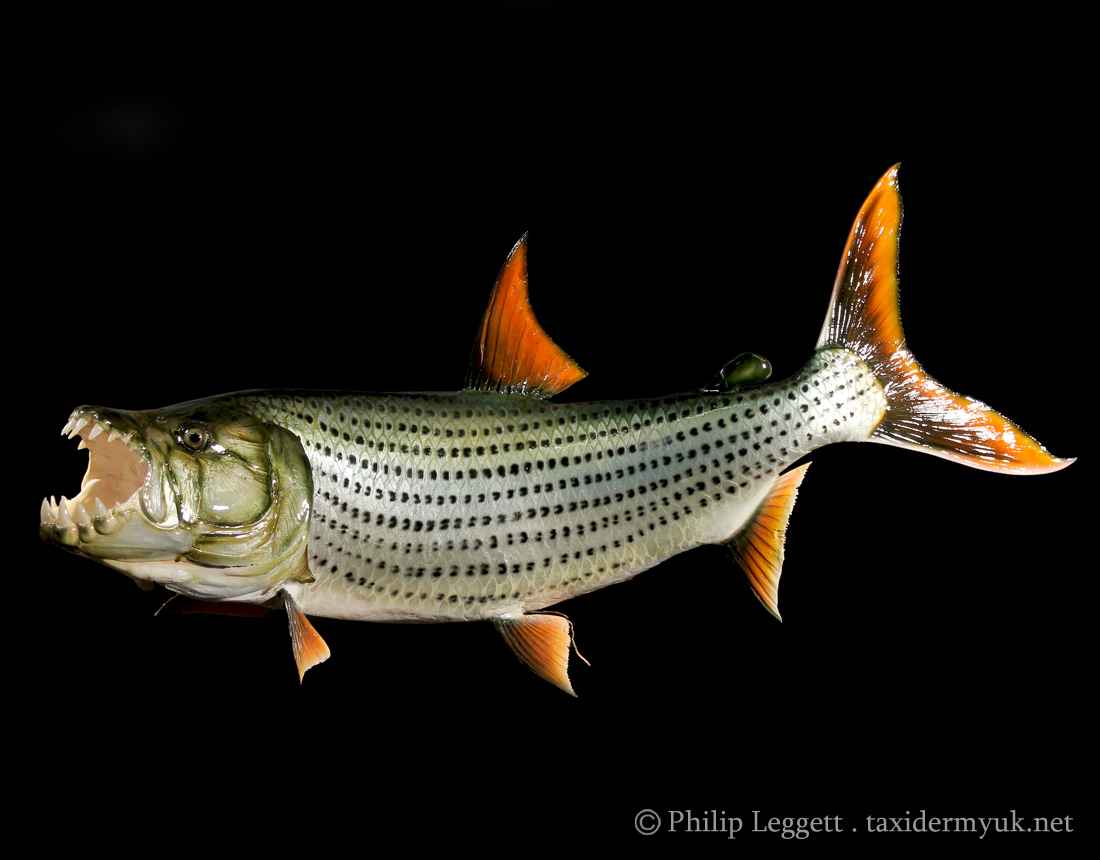 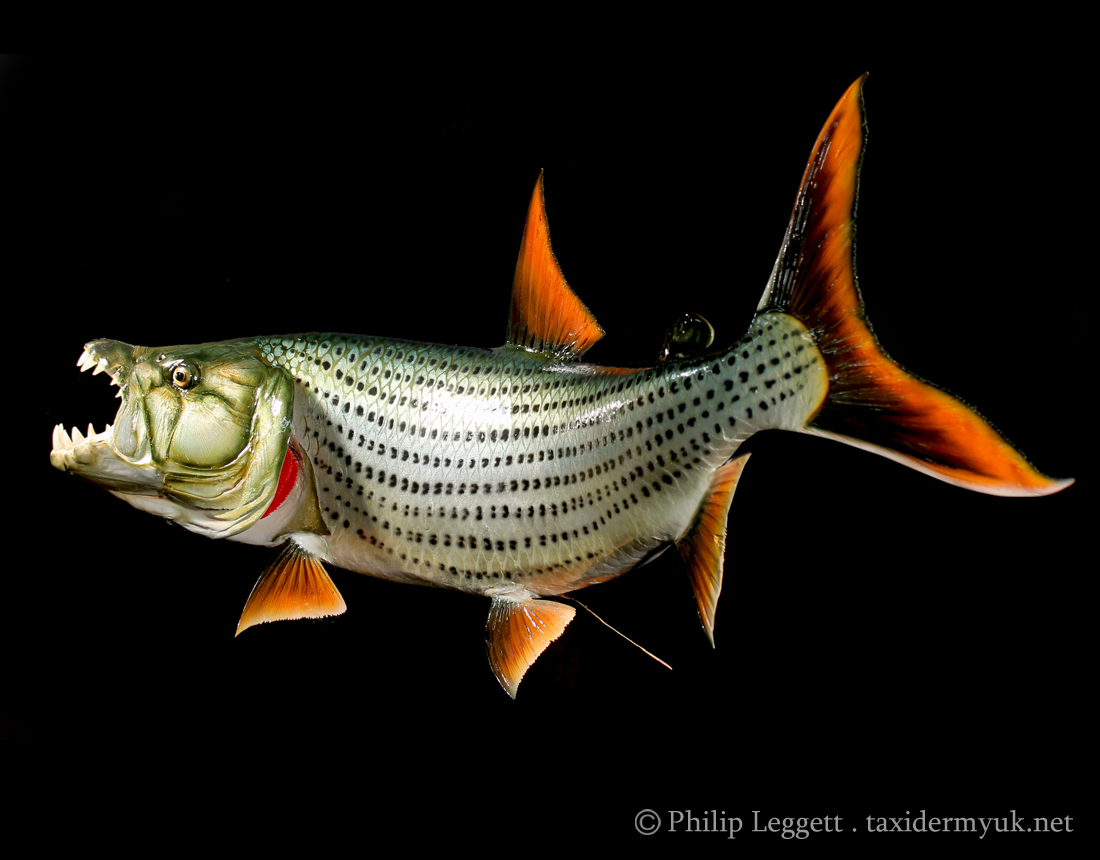 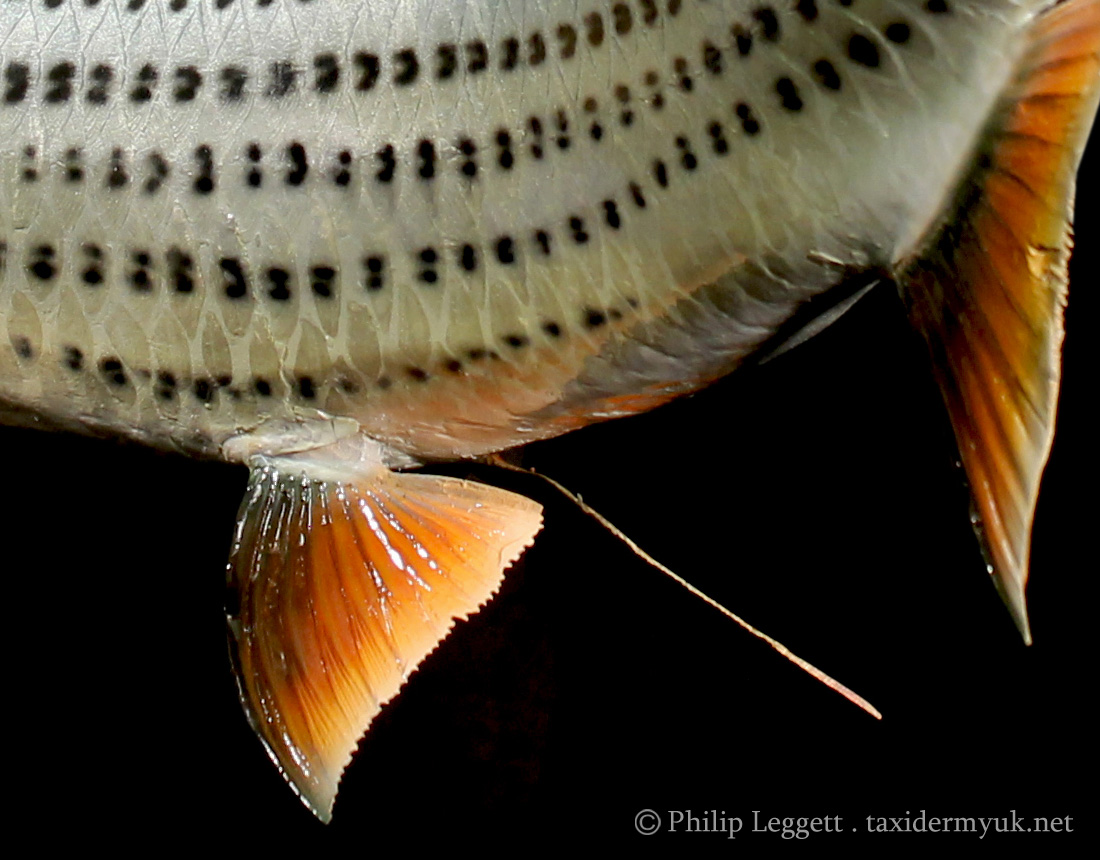 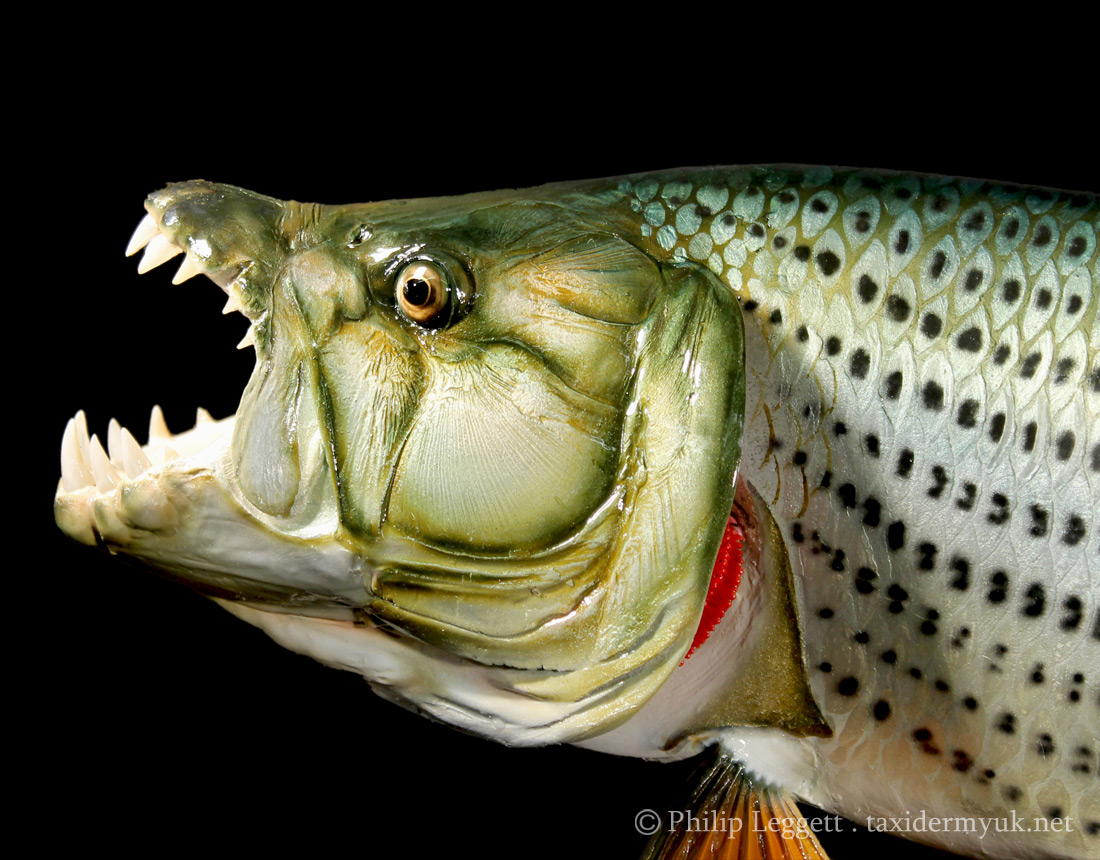 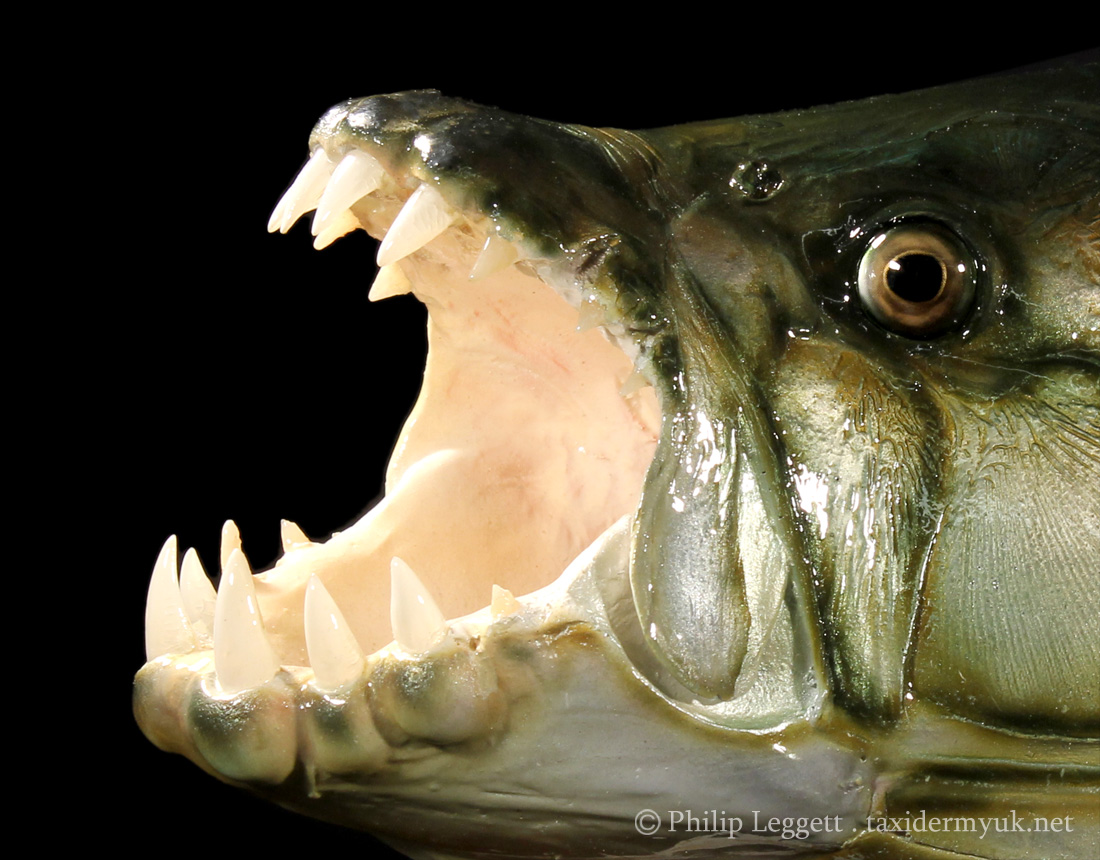 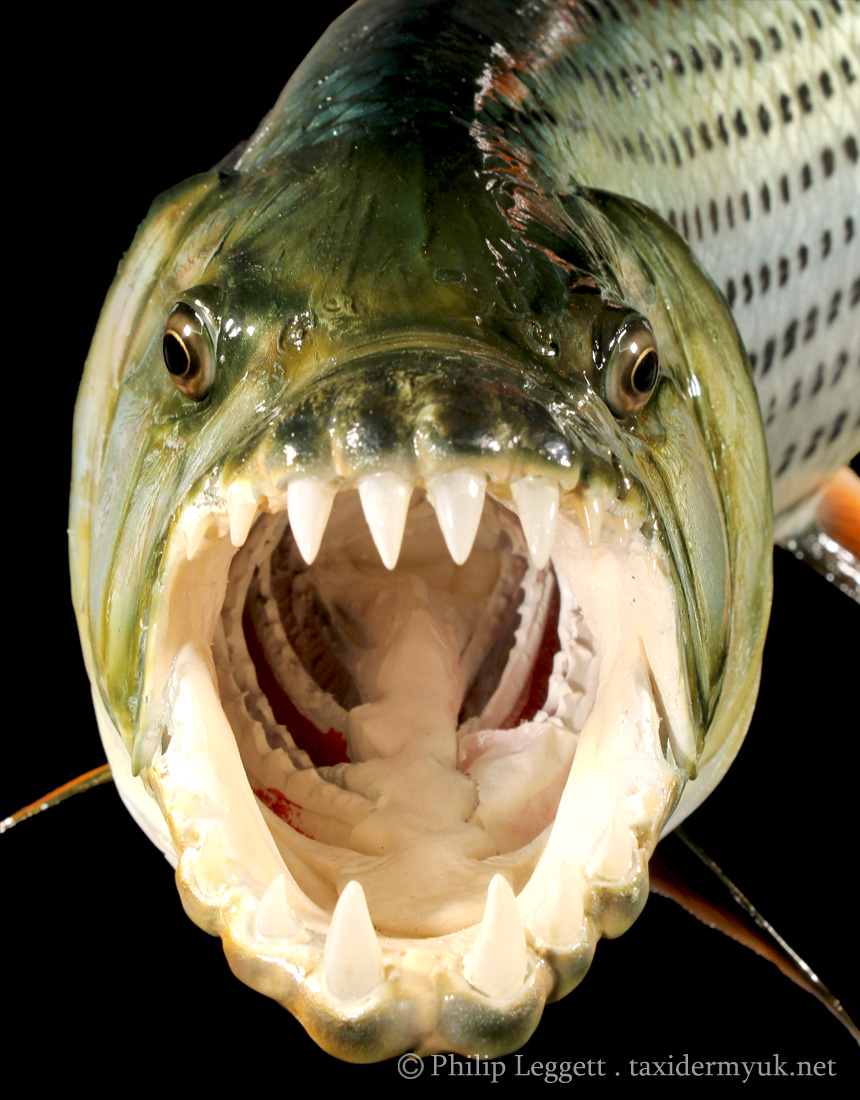 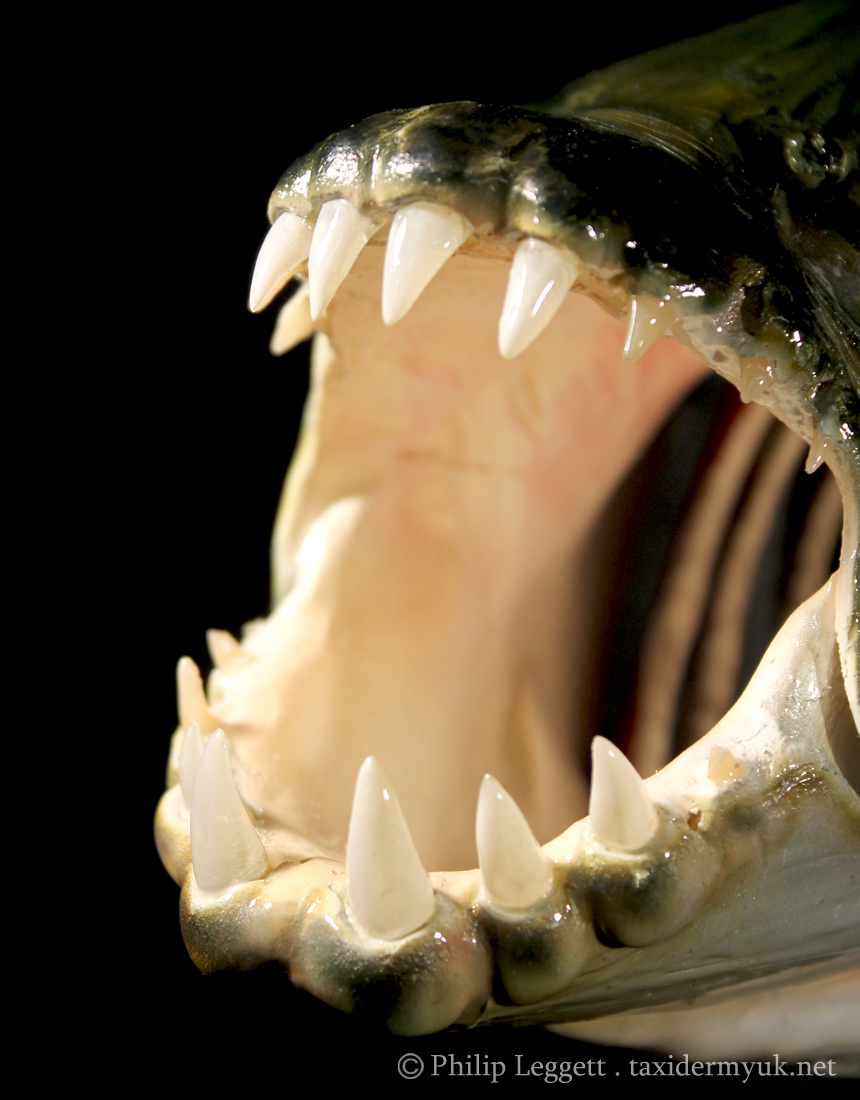 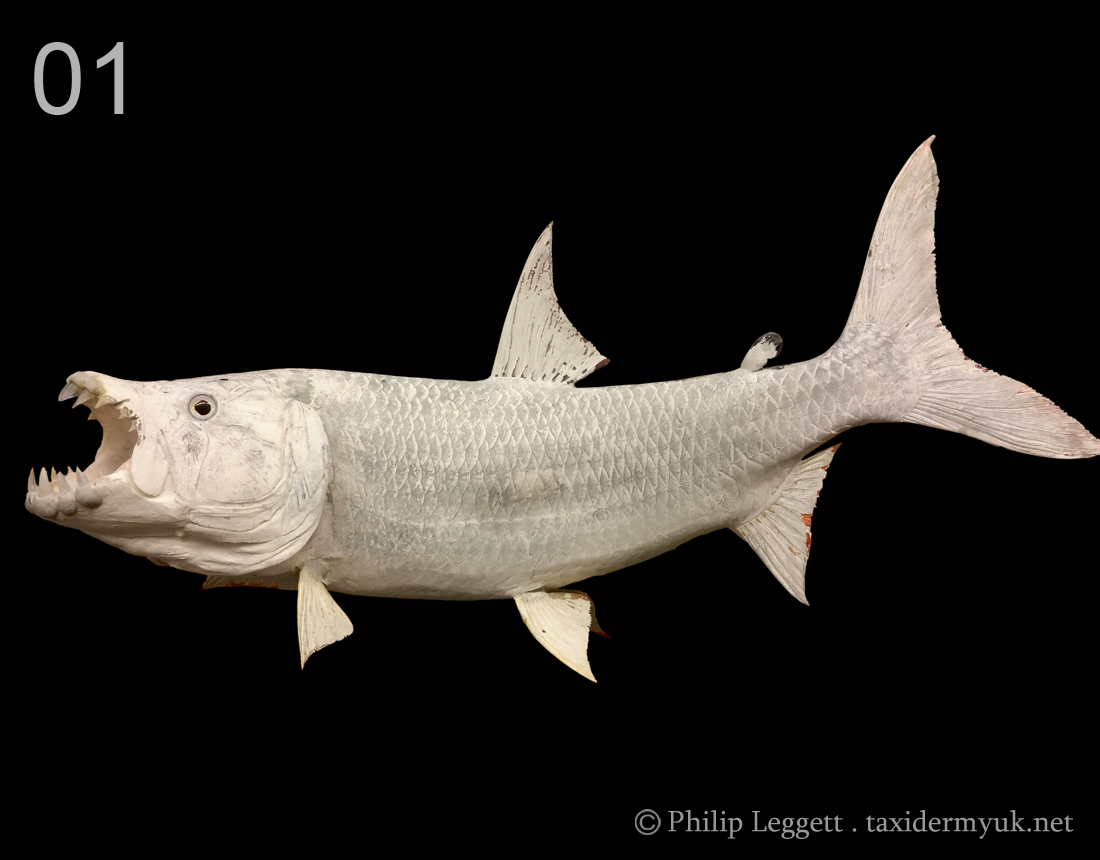 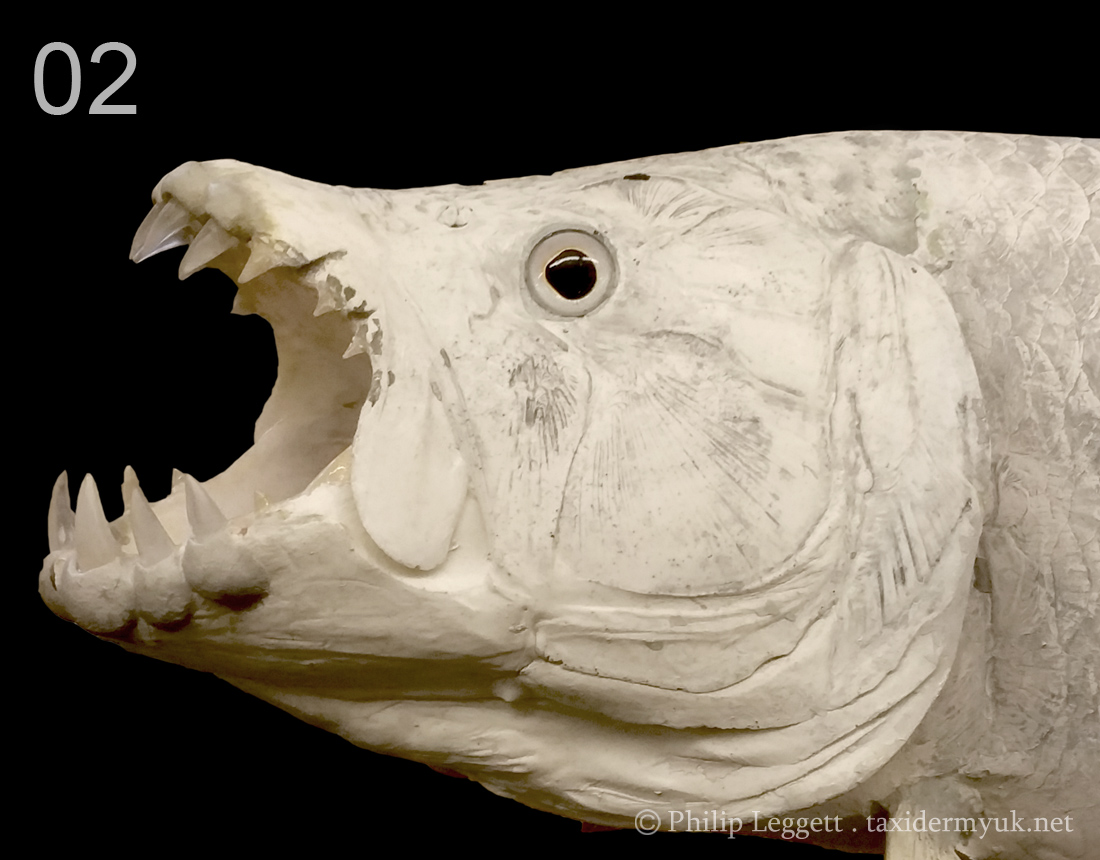 The Tiger fish is a native of Africa and lives in many of its larger, deeper river systems, lakes and reservoirs. They are, as the name suggests, a predatory fish and will eat just about anything they can catch and hold on to, including other tiger fish. They are even on record as catching flying swallows as they swoop low over the water. It is this explosive attack and ability to fight like a trout on steroids that makes them so sought after by fishermen, who will travel across the world to fish for them. The can grow to about 13 kg (30 lbs) though most are far less. Not to be confused with its far larger cousin from the Congo region of Africa, the Goliath Tiger (Hydrocynus goliath).

Being a resident of the African continent, Tiger fish are not a species we ever get to do as a fresh specimen, although we have worked on quite a lot of them now. The reason is that UK based fishermen come to us with specimens they have caught and had mounted over in Africa. The issue has been two fold with ones we see. Some are done to a diabolically low standard and require a complete restoration. Others, which although the taxidermy and painting are passable, the fish has been badly packed and then damaged or ruined in transit to the UK, again requiring restoration and repair to shattered fins, broken teeth etc.

The Tiger fish pictured was caught in a dam in South Africa by a client and mounted there. This particular one suffered from both issues mentioned above, so we undertook the following work to restore it and turn it into a nice mount worthy of its former incarnation.
Images 1 & 2 show the fish after the initial strip down of the bad paint job with the newly made teeth fitted. (The replacement teeth had to be individually made specifically for this job).

The work under taken on the Tiger fish: