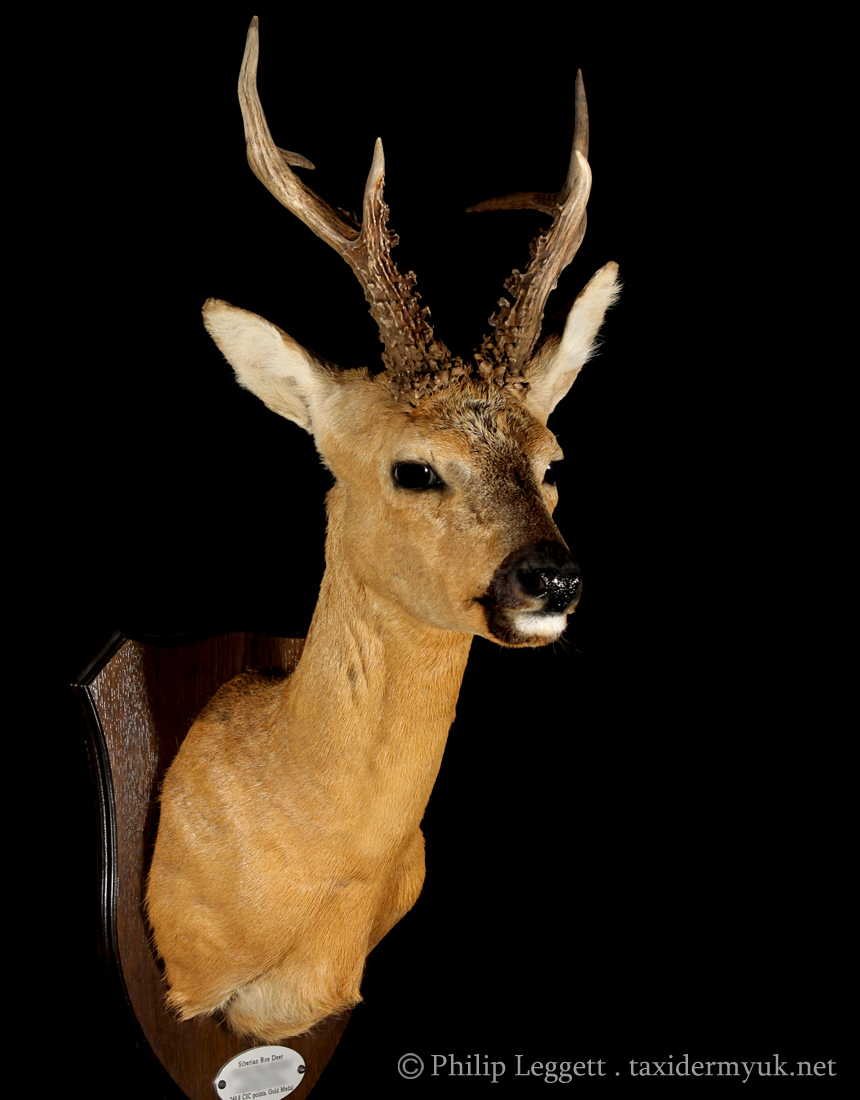 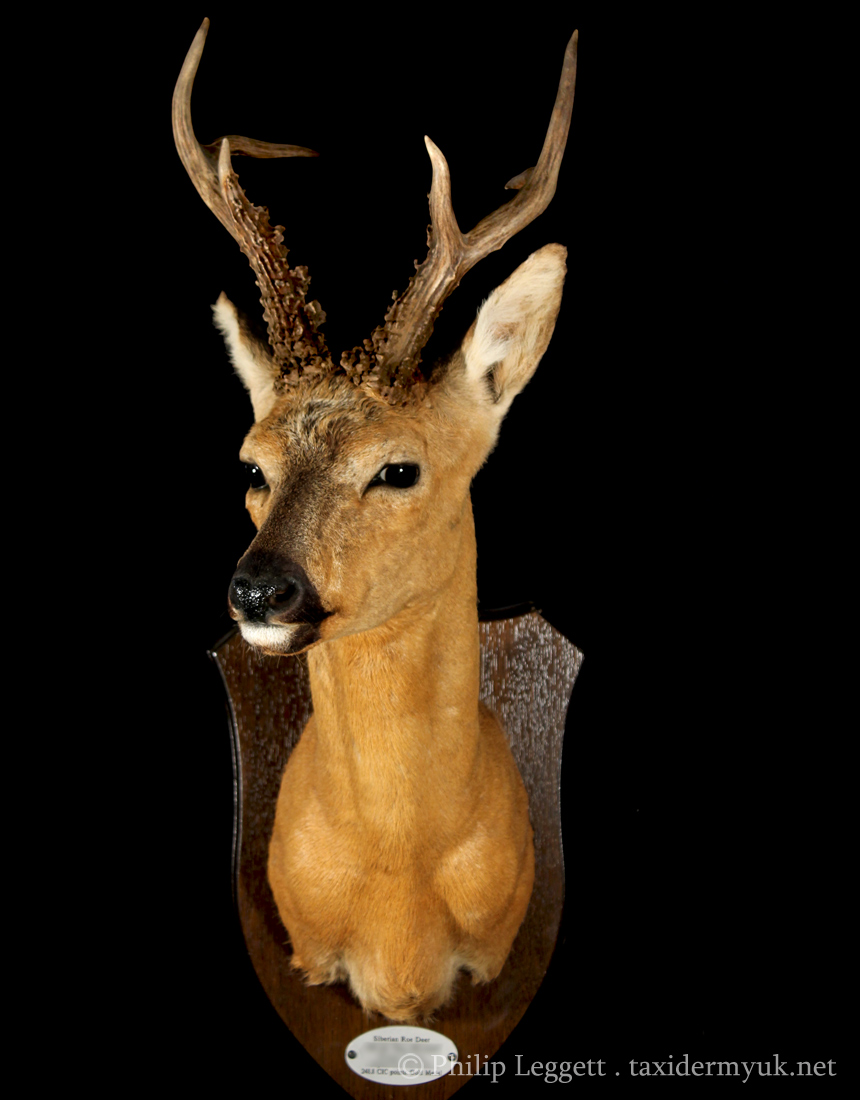 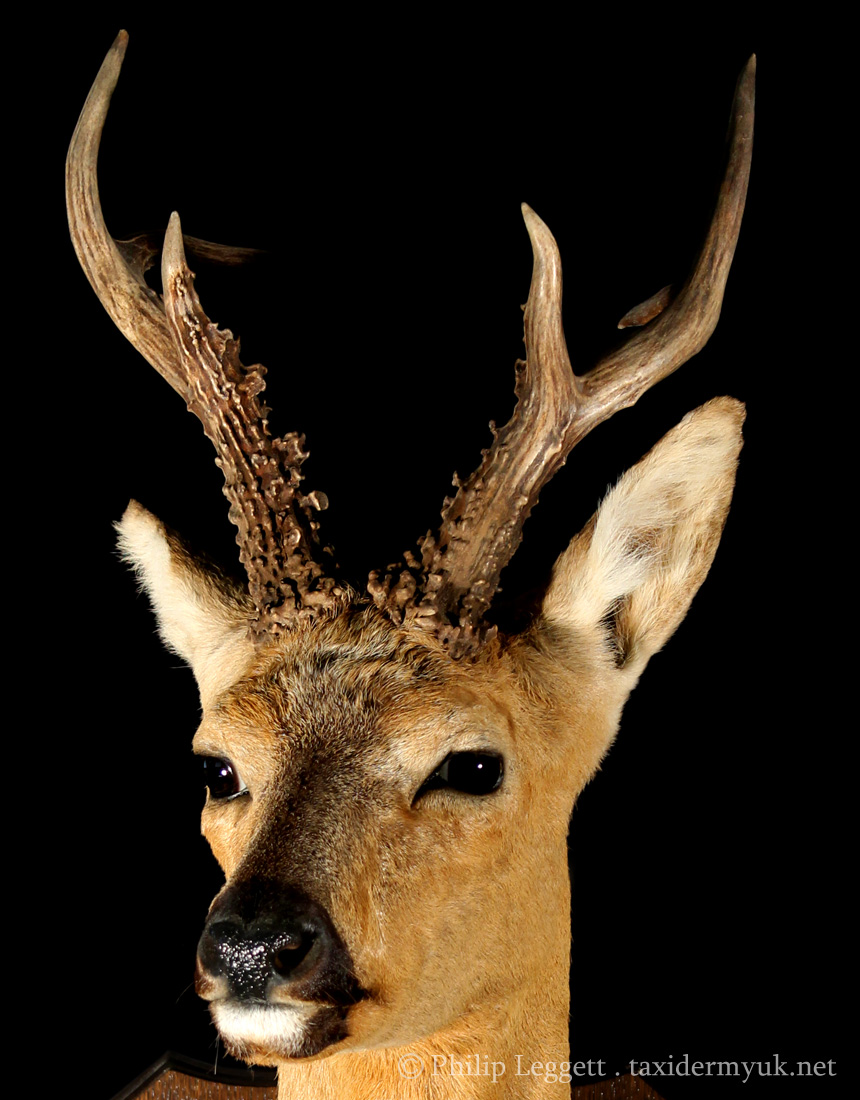 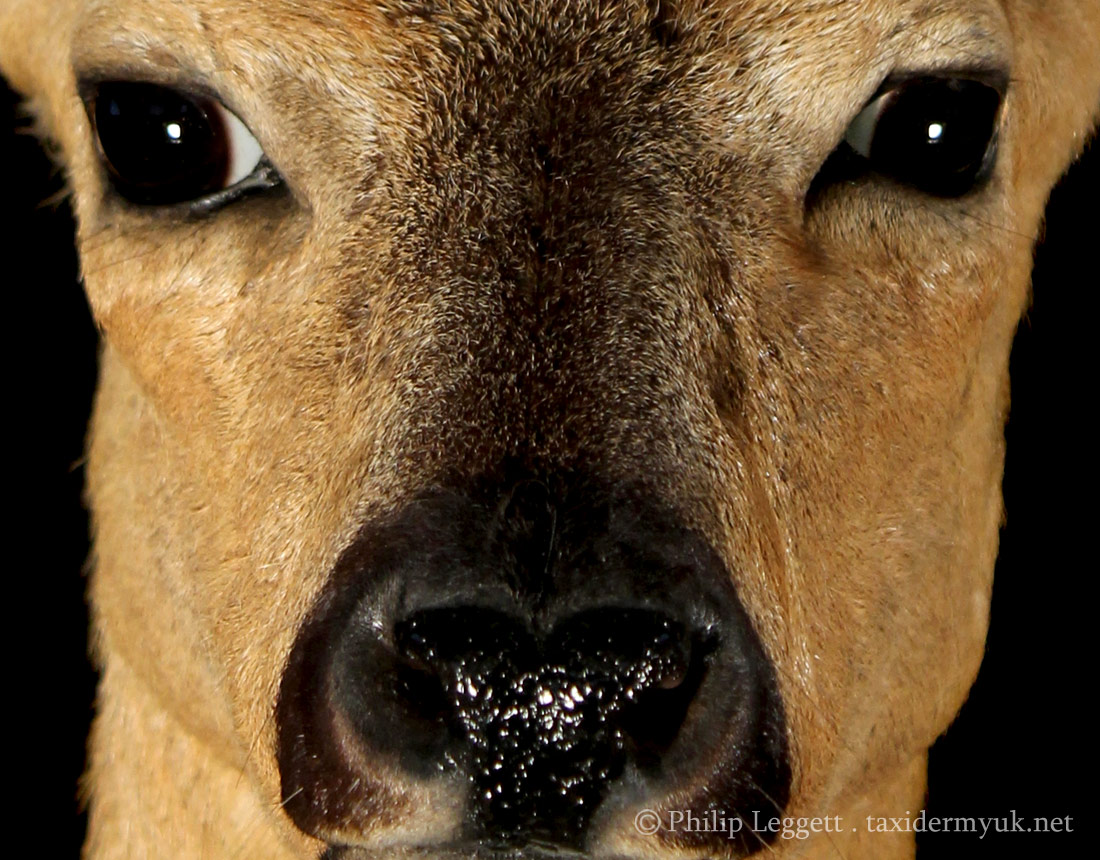 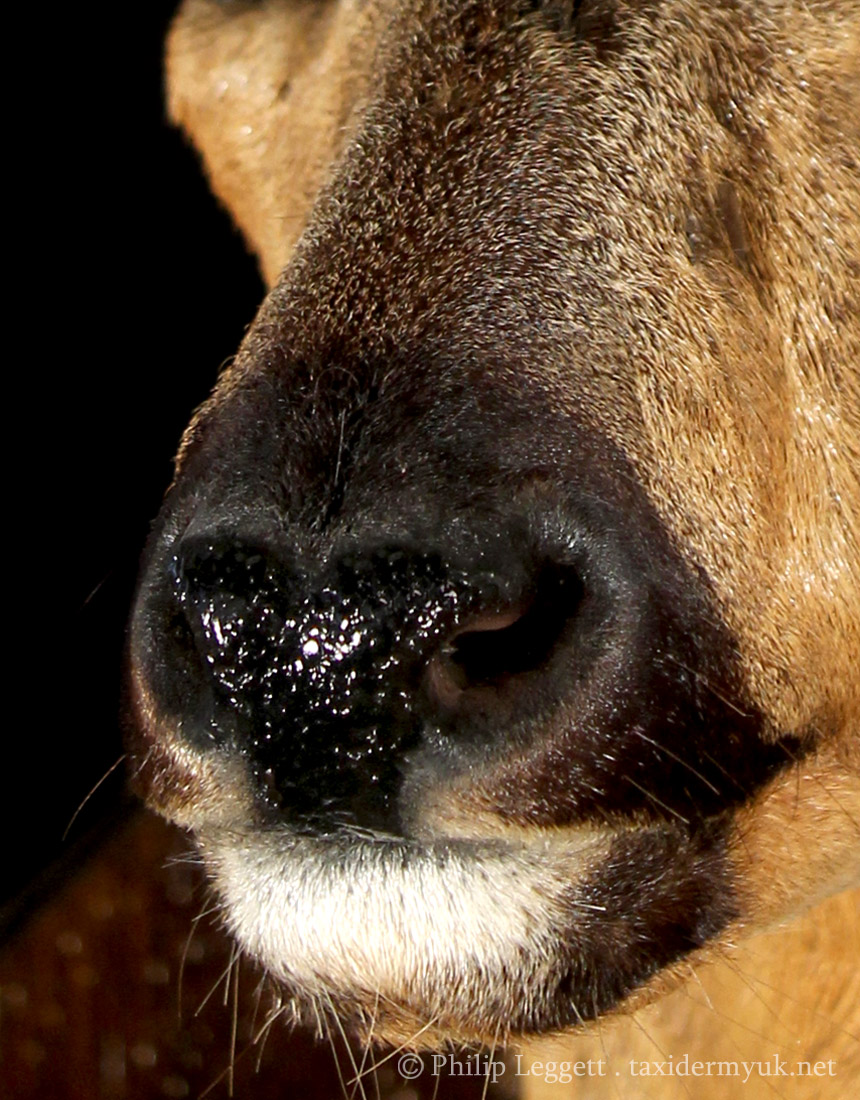 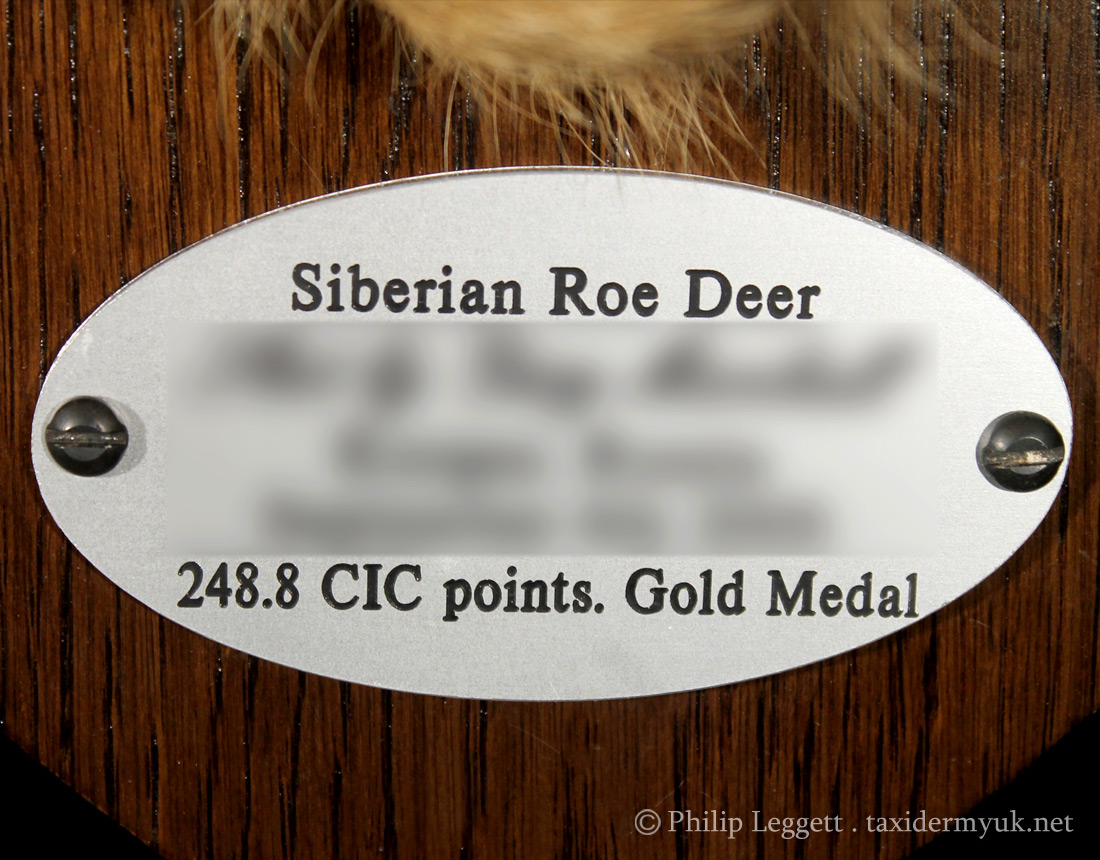 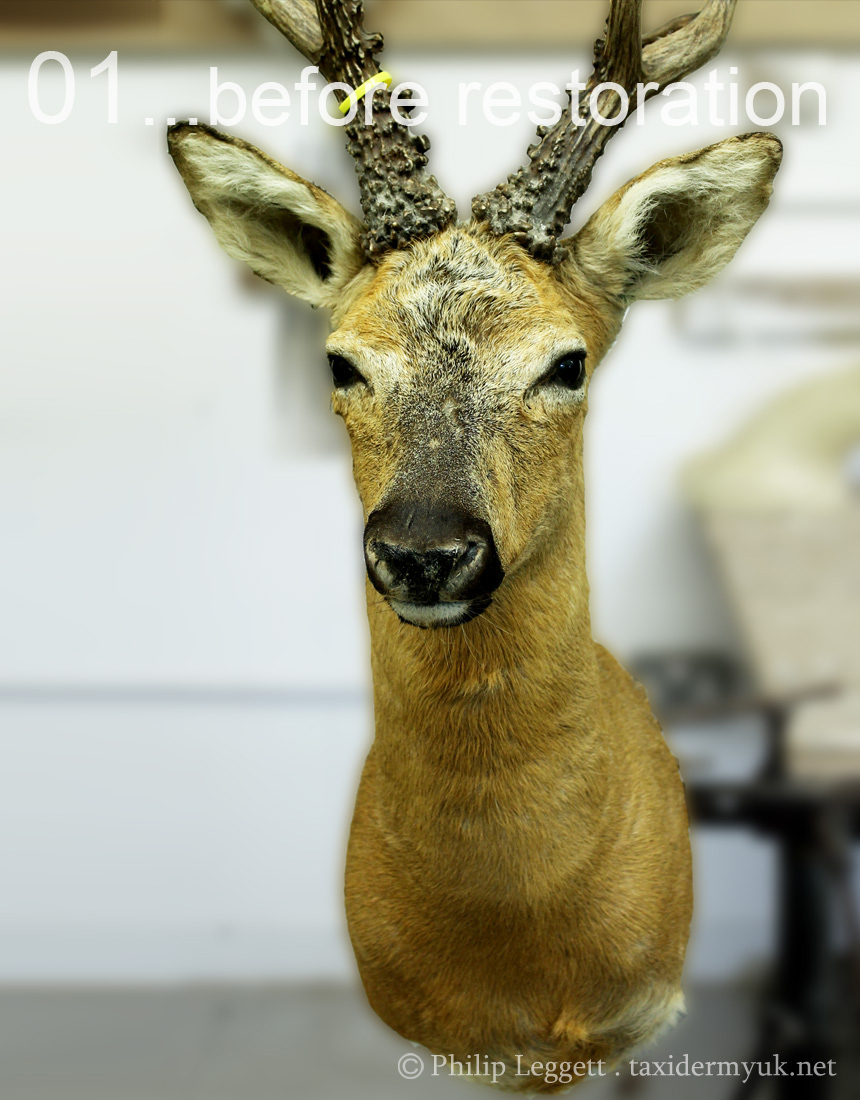 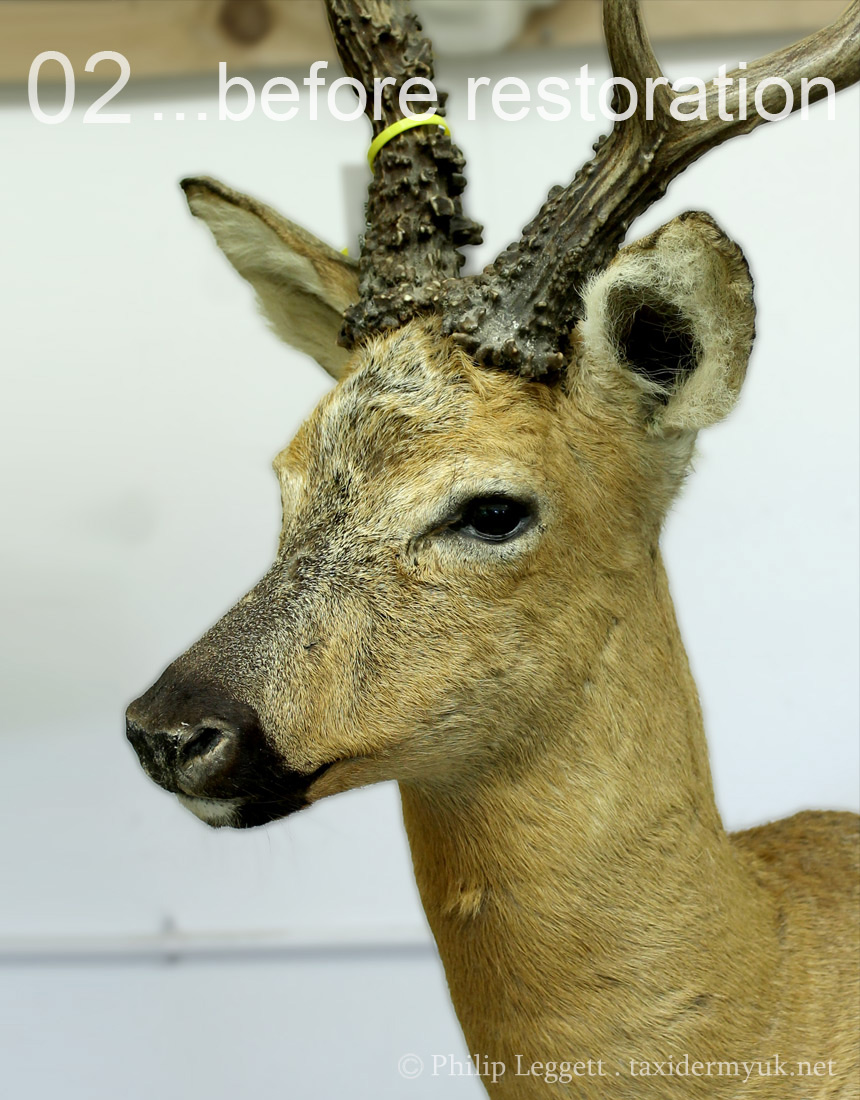 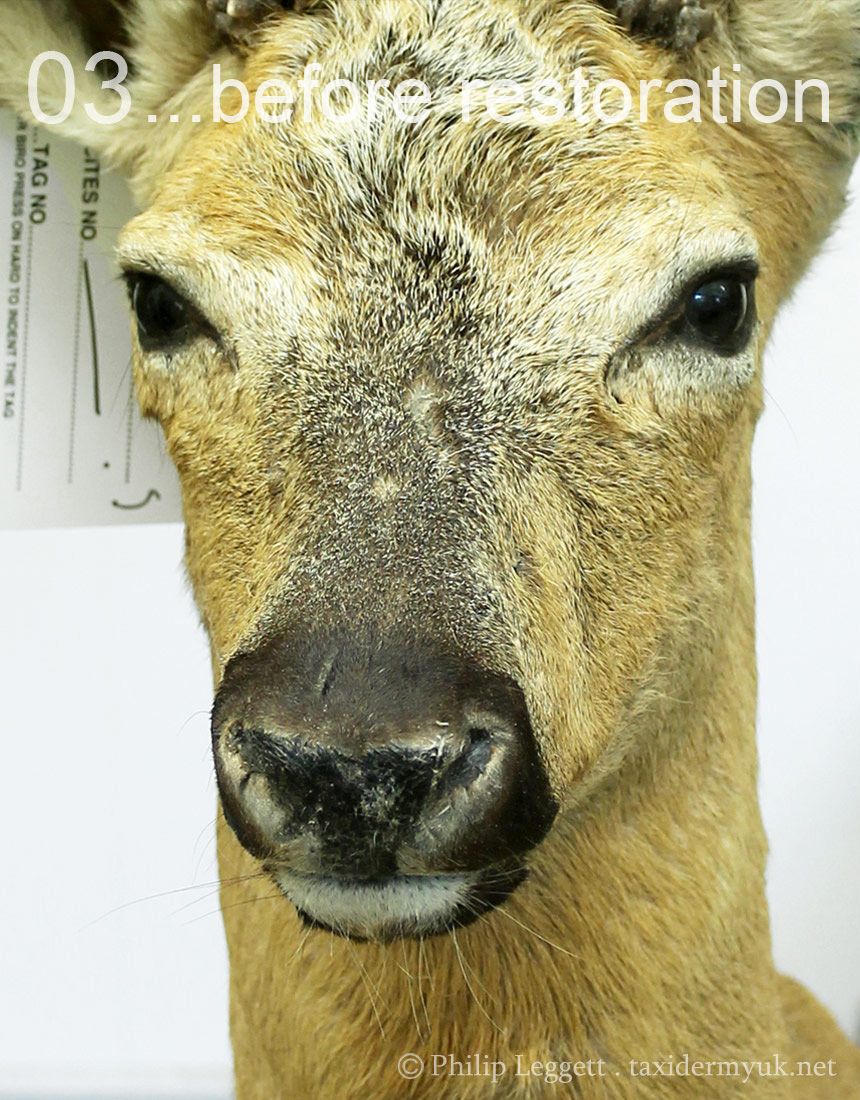 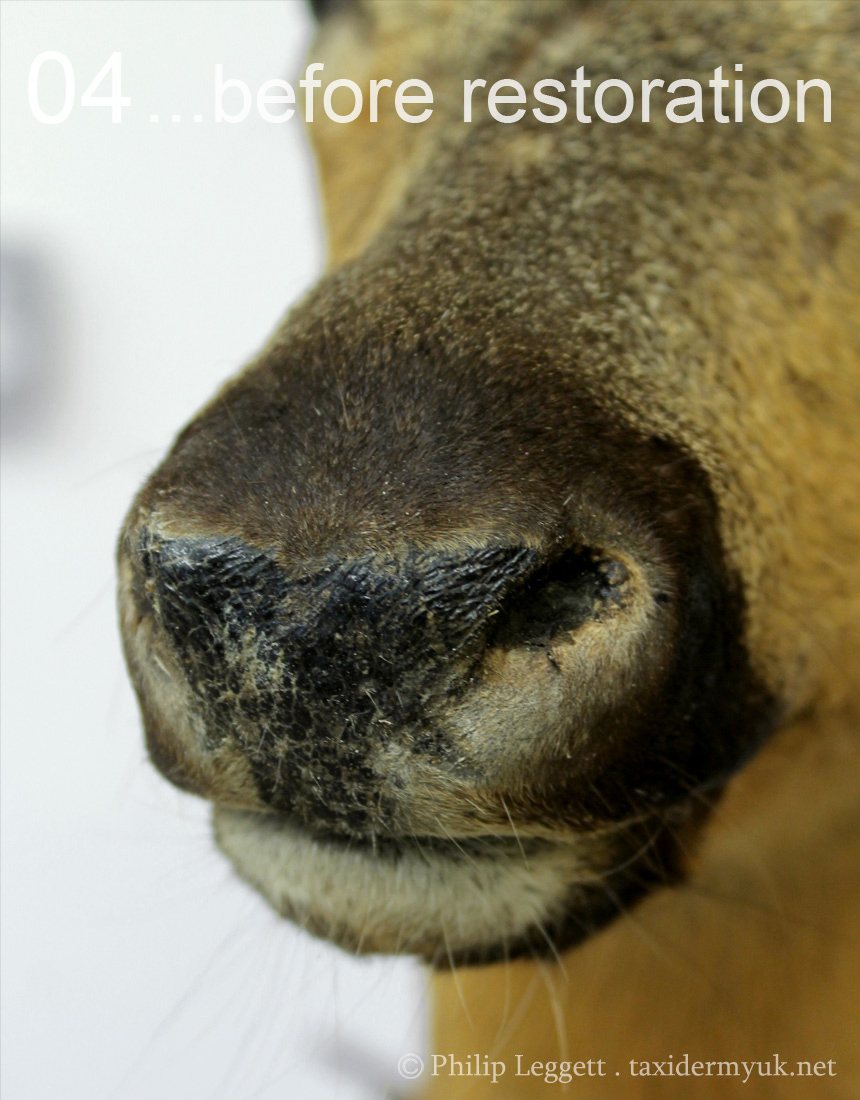 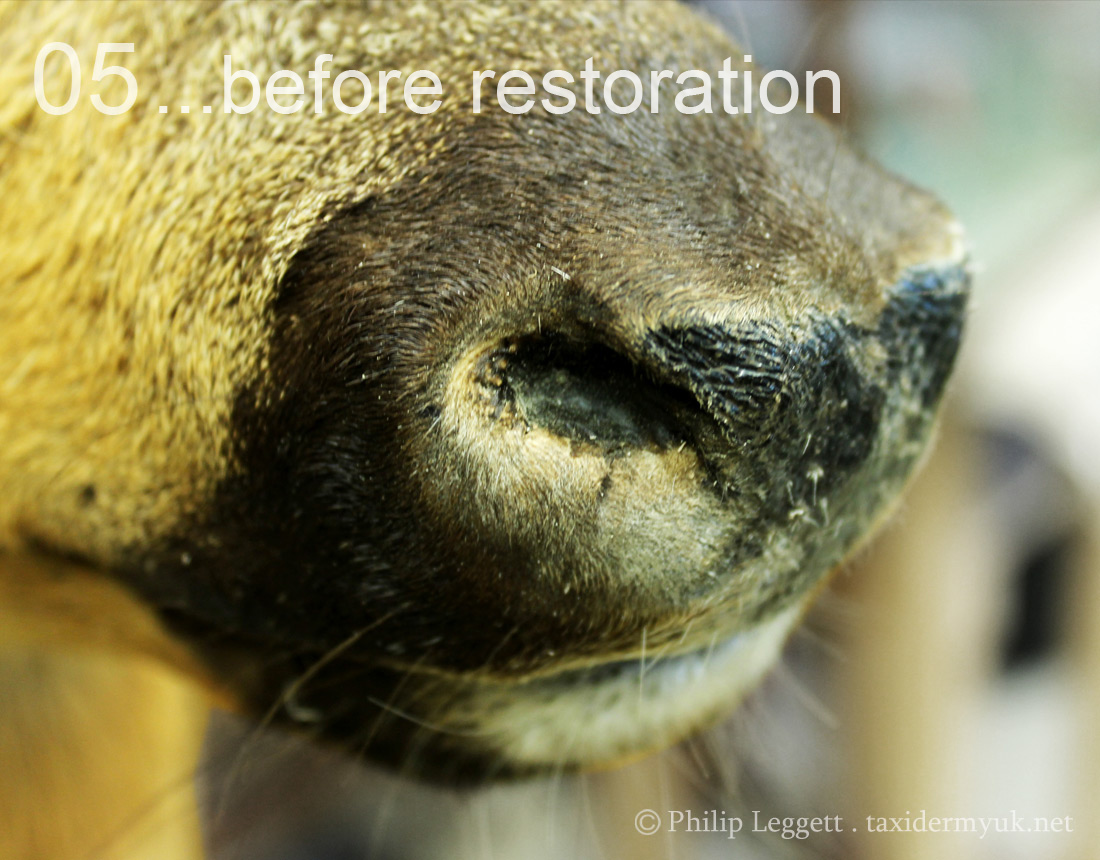 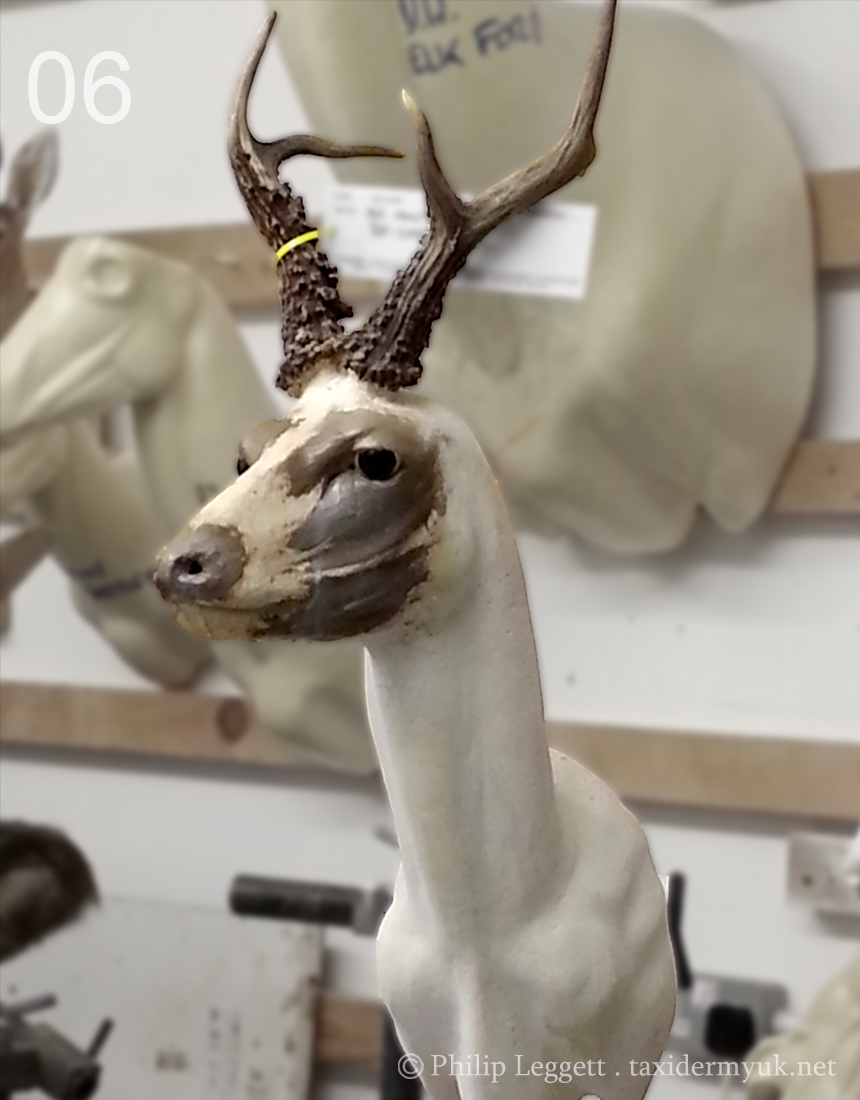 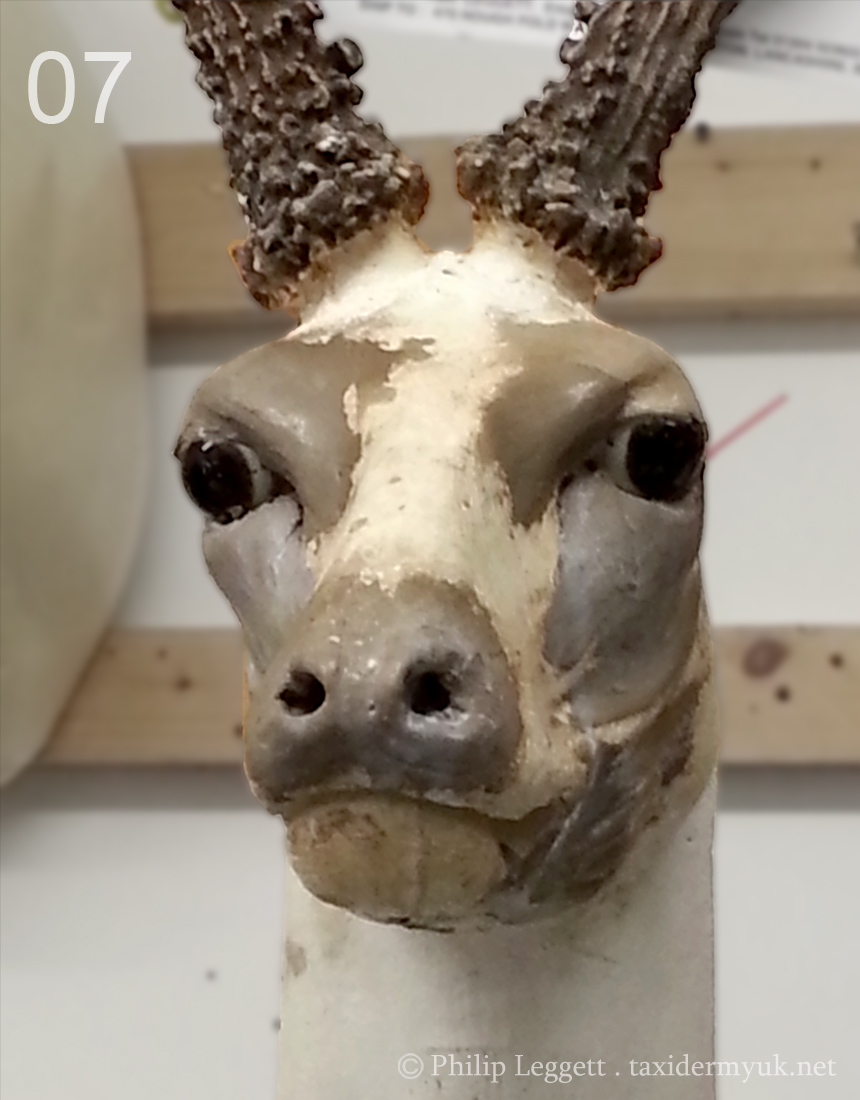 The Siberian Roe is, as the name suggests, a native of the Asian continent, including several strongholds across Russia. They look very similar to our European Roe deer, but are proportionately larger, with a good buck weighing close to 60kg (130 lbs). The antlers are also far larger and wider. Imagine a European roe on steroids.

This Siberian Roe deer (Gold medal 248.8 C.I.C) was brought to us by a client, who had hunted the animal in the Kurgan region of Siberia in 2009. It was sent to another taxidermist to be mounted, however, the finished job fell far short of what should be expected from a professional taxidermist (Figs. 1-5).

The client asked if we could do anything to improve the mount, as he was very unhappy with it.

We did not know the state of the skin, so as insurance we obtained another Siberian Roe cape from a taxidermist in Europe, in case the actual skin failed when we began work on it.  Fortunately, although it was badly prepared, the skin had been sufficiently fixed, so we were able to completely relax, shave it thin, remove the ear cartilages, reprocess and soft tan it to be remounted. The original job was poor technically and anatomically and the inaccurate form had undergone almost no alteration. We purchased a new form, which also needed to be radically altered and re-sculpted to fit the original skin (Figs. 6&7). The remaining images show the completed remount done using the original skin.

N.B.
Remounting a skin from a badly mounted piece is more costly than a straightforward mount with a fresh skin.  Plus the money spent/wasted on the mount in the first place.