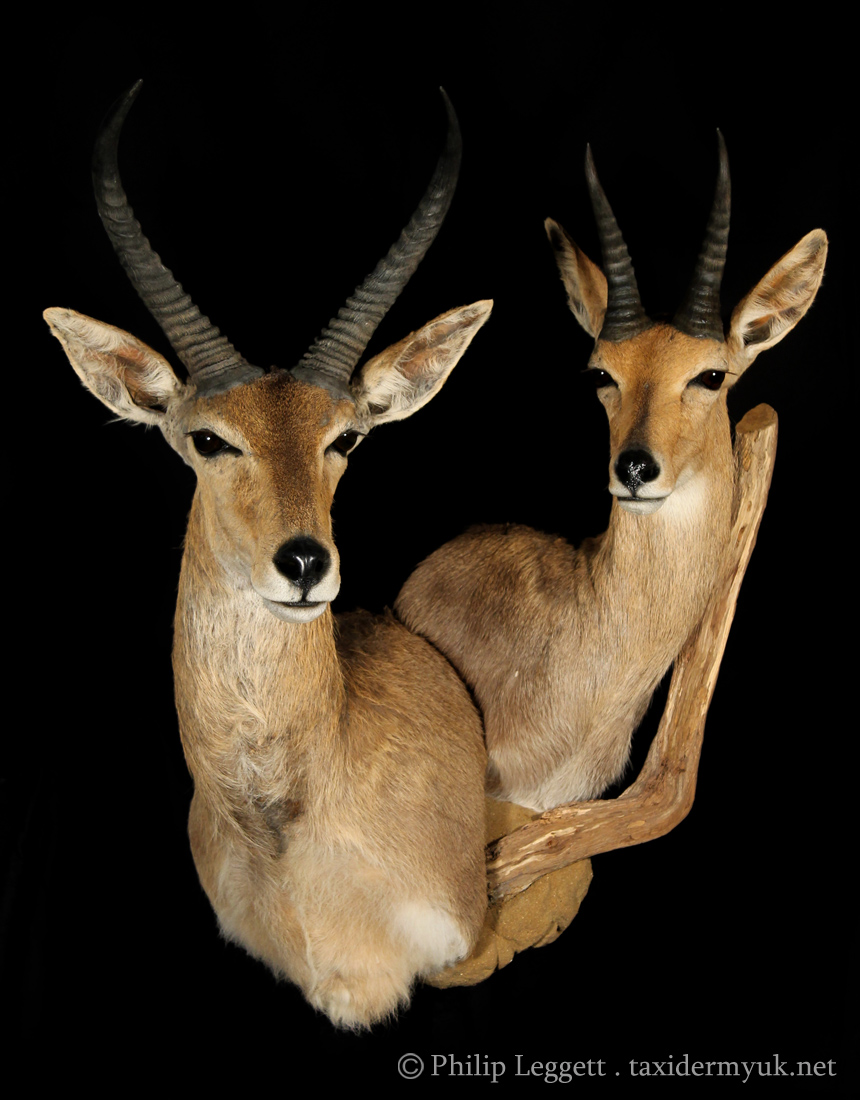 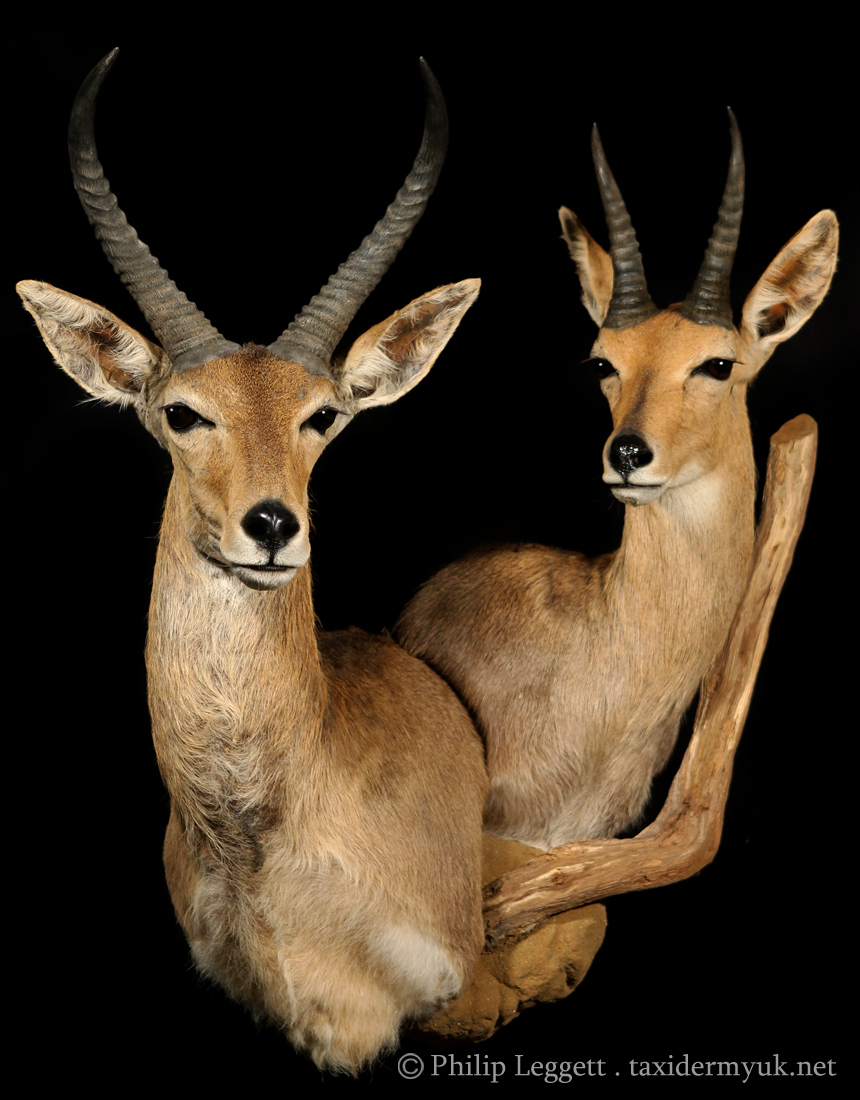 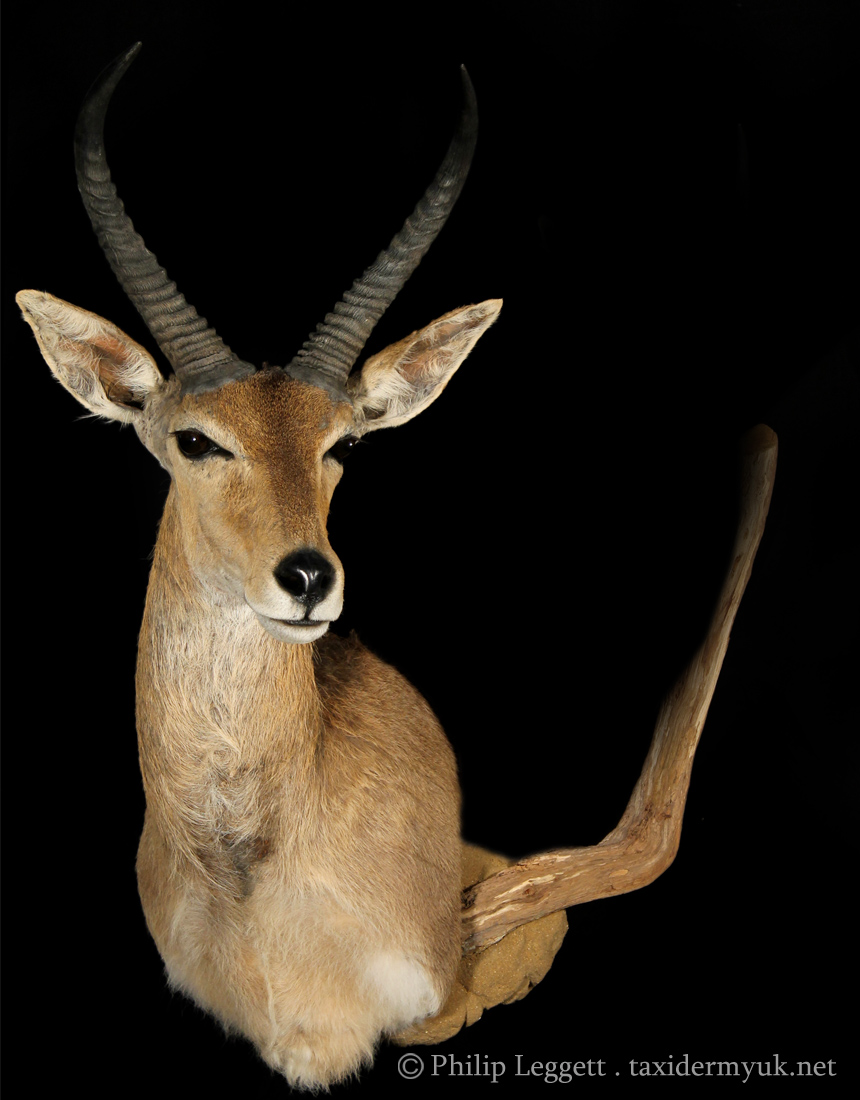 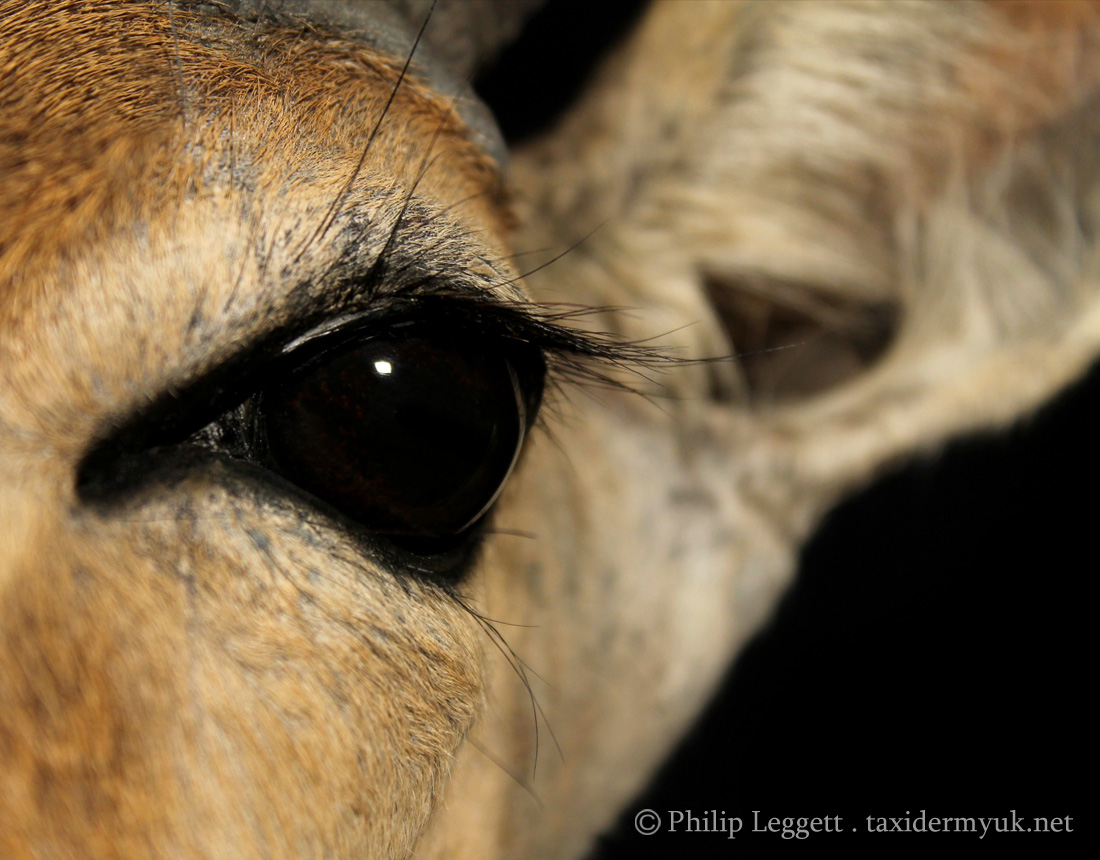 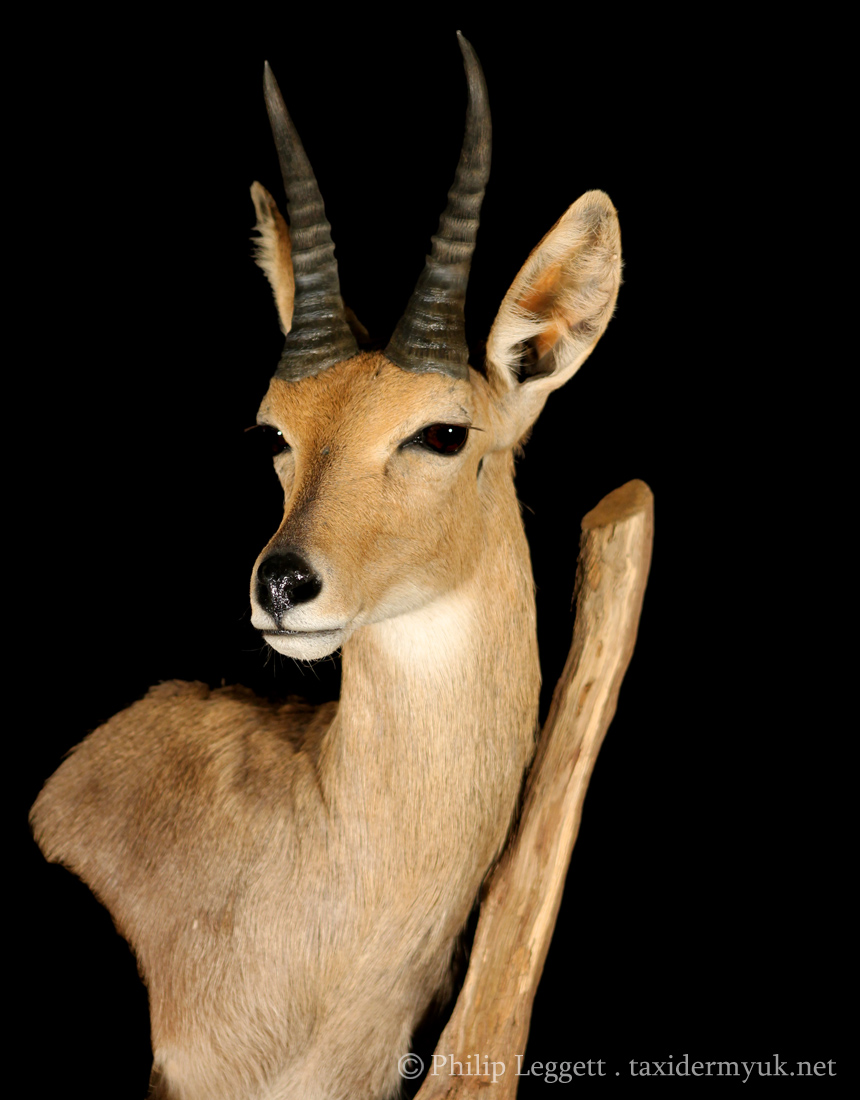 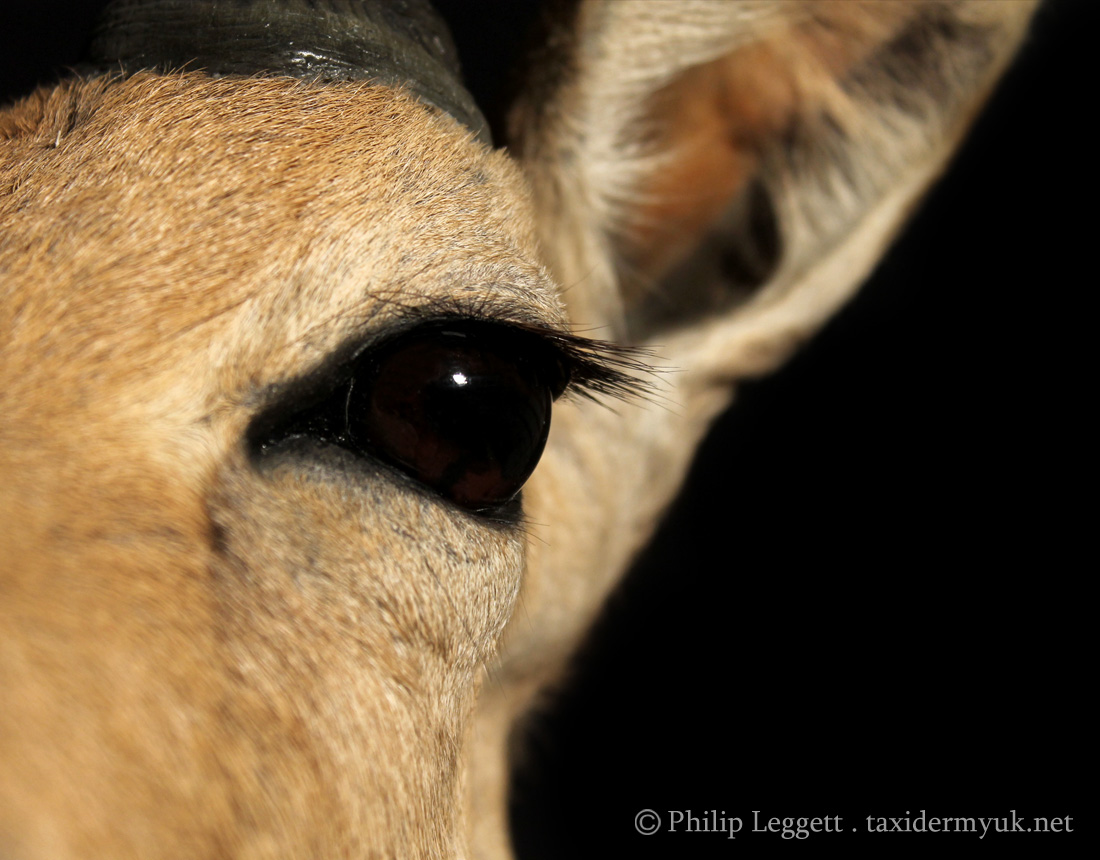 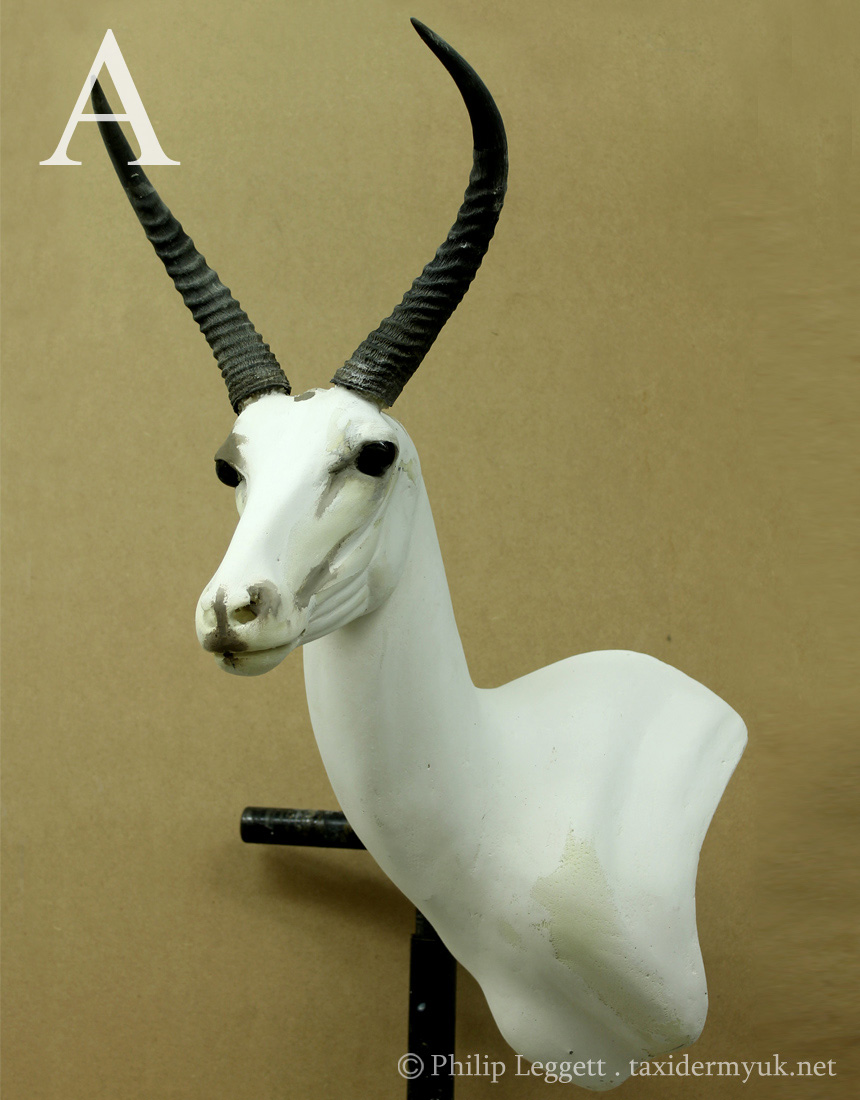 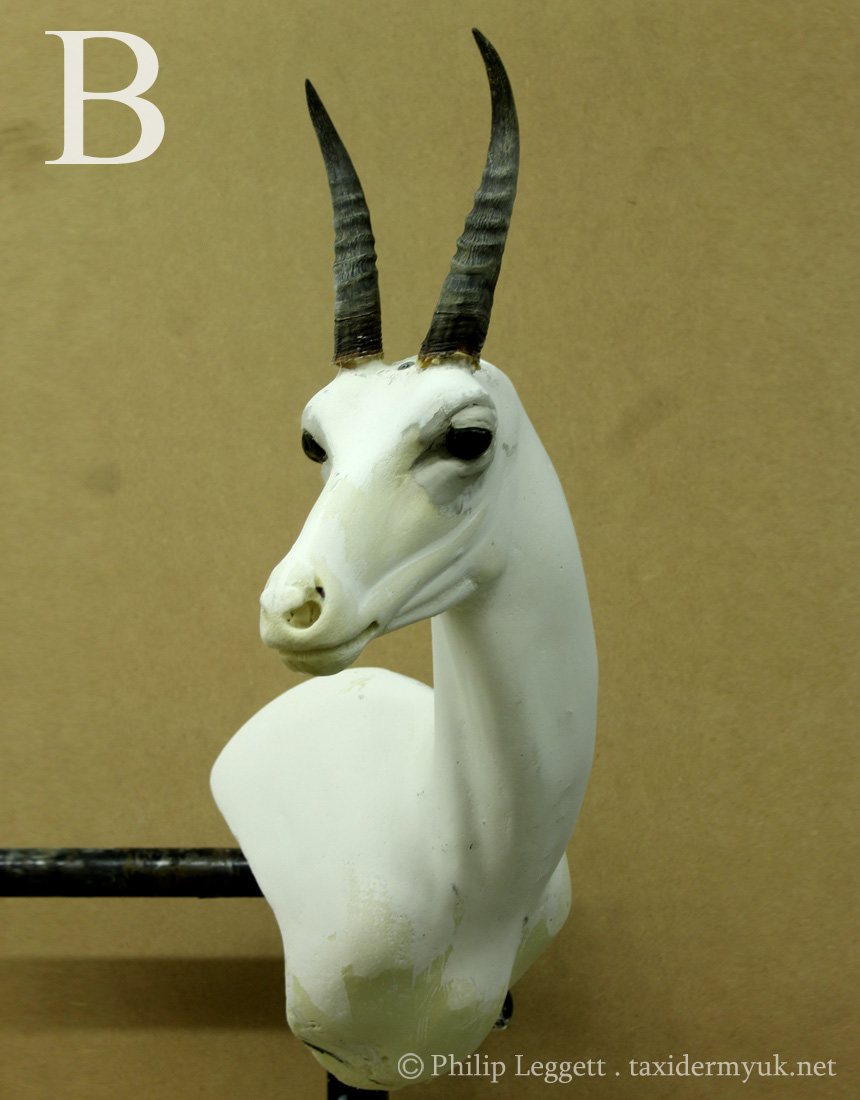 The Common Reedbuck is a small to medium sized Antelope, about the size of a female fallow doe. Bucks weigh about 55 kg (120 lbs), does are smaller.
Found throughout South Africa, they can be locally common in parks and game hunting reserves but rare in other areas where overhunting for bush meat is a big problem.
A pale brown colour with paler under parts, they are quite unremarkable and perfectly camouflaged in their preferred habitat of grassland and reed bed. This overdependence on their camouflage can be their downfall, making approaching one once spotted fairly easy.  Only the males carry ringed horns which curve backwards and apart then forwards to the tips with soft pads around the bases.  Adult bucks horns reaching 16” to 20”. They are found mainly in pairs with big old Bucks being solitary and very territorial.

The Southern Mountain Reedbuck is a smaller antelope of about 45 kg (100 lbs). Grazers, they are found in eastern southern, south Africa at raised elevations (above 1500 metres) in mountainous scrub country.
Like their common reedbuck cousins they are a plain pale brown with almost white under parts. The coat is short, thick and has a woolly consistency.
The bucks alone carry ridged horns of up to 15”, which curve forwards. They will live in small herds of up to ten individuals.

The Reedbucks are a relatively plain looking antelope of fairly small size. Presenting the two as an offset shoulder mount pair gives them a far more pleasing demeanour than does the very plain and characterless straight mount. The two presented together, apart from being aesthetically pleasing, saves wall space. The small parched branch and baked earth helps frame the pair and is a small homage to the parched habitat of Africa.

Images A and B show the two forms fully altered and almost ready to be mounted. Both are radically altered from basic standard straight commercial forms.