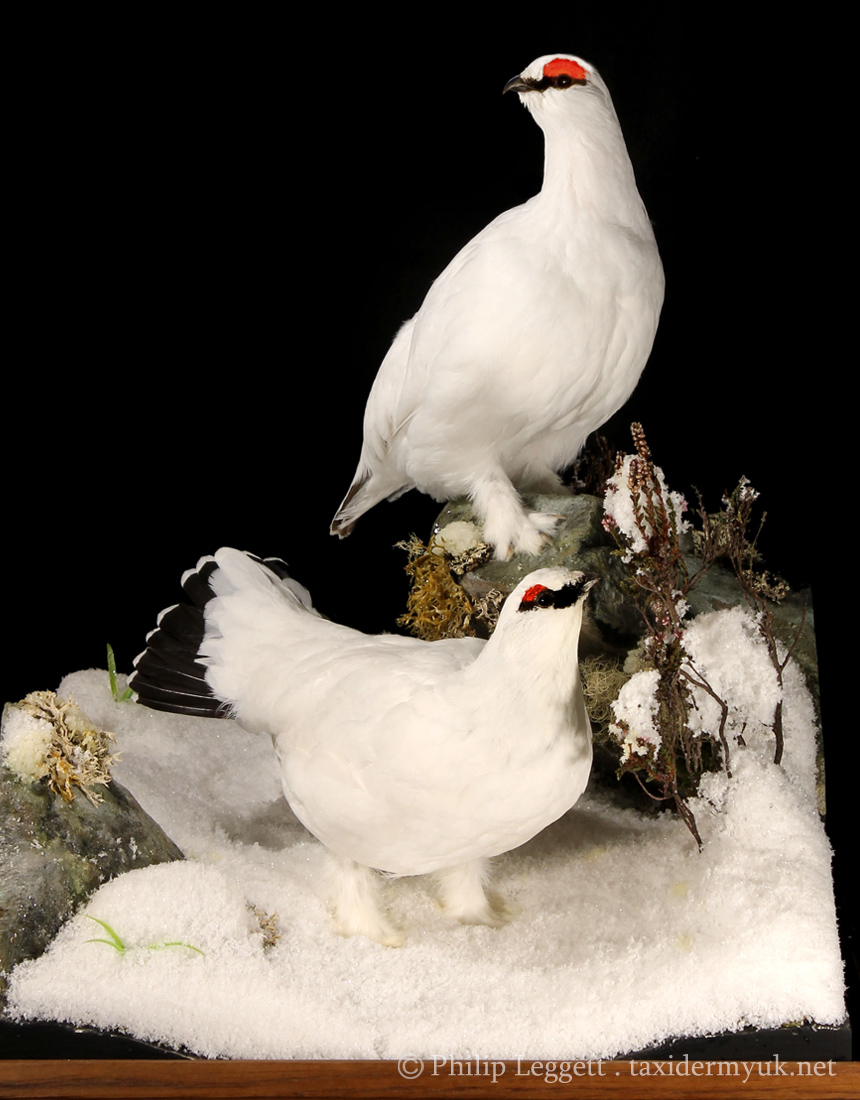 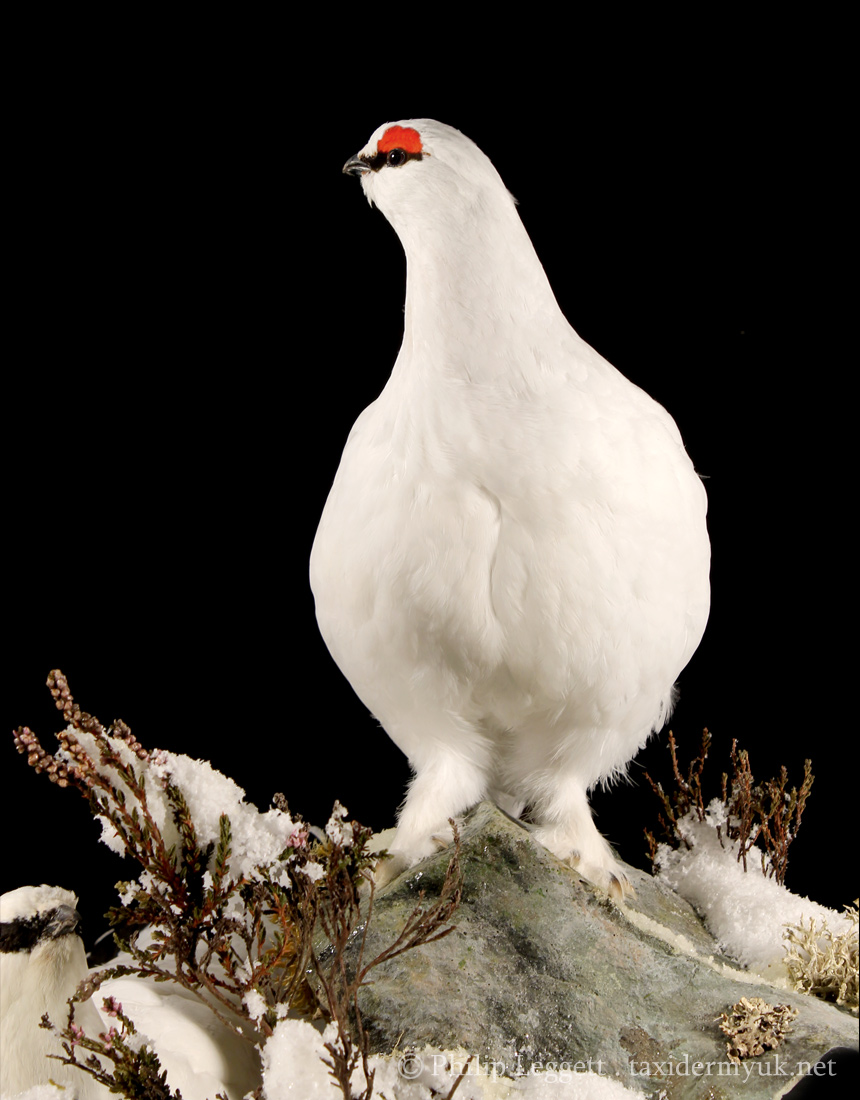 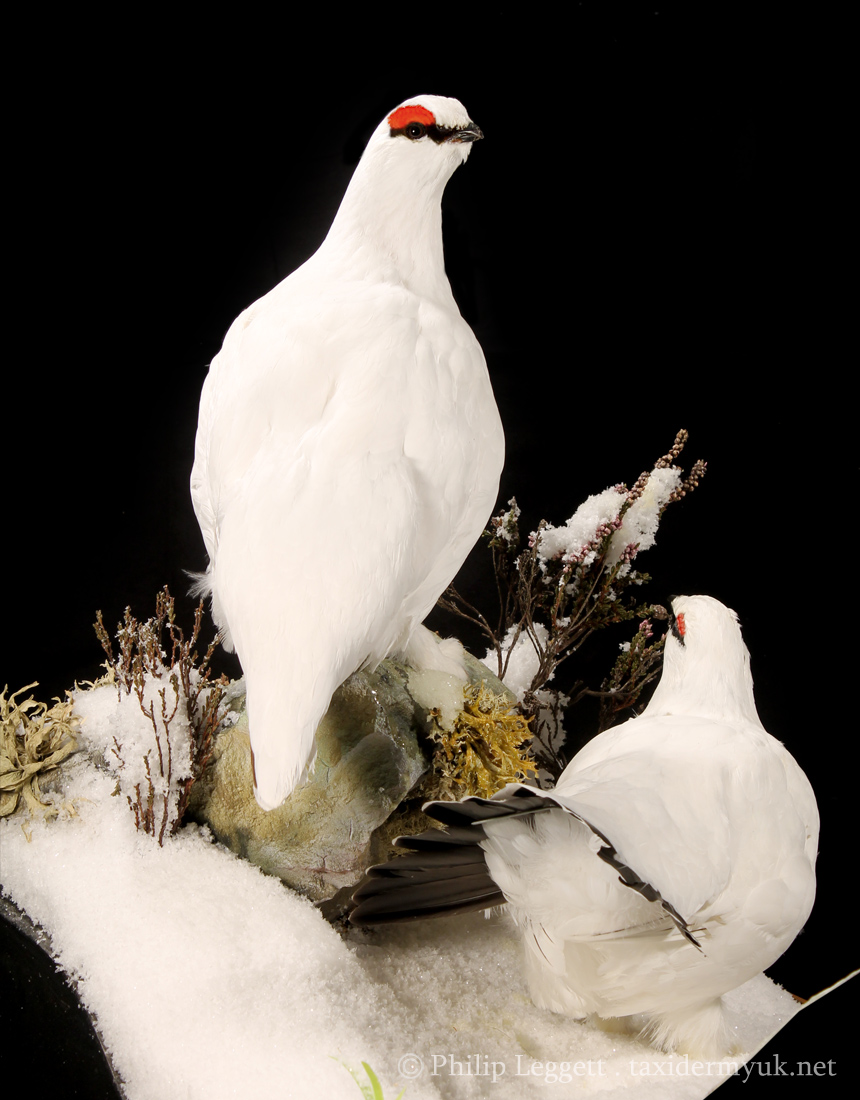 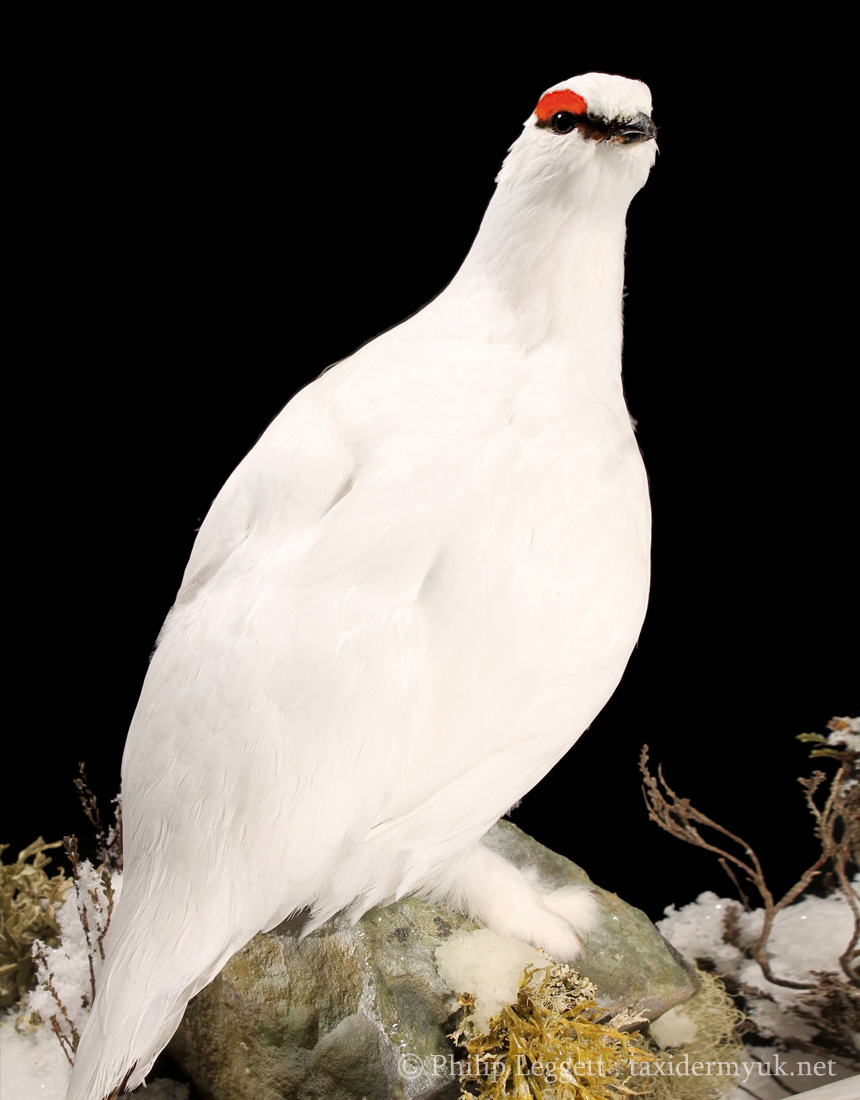 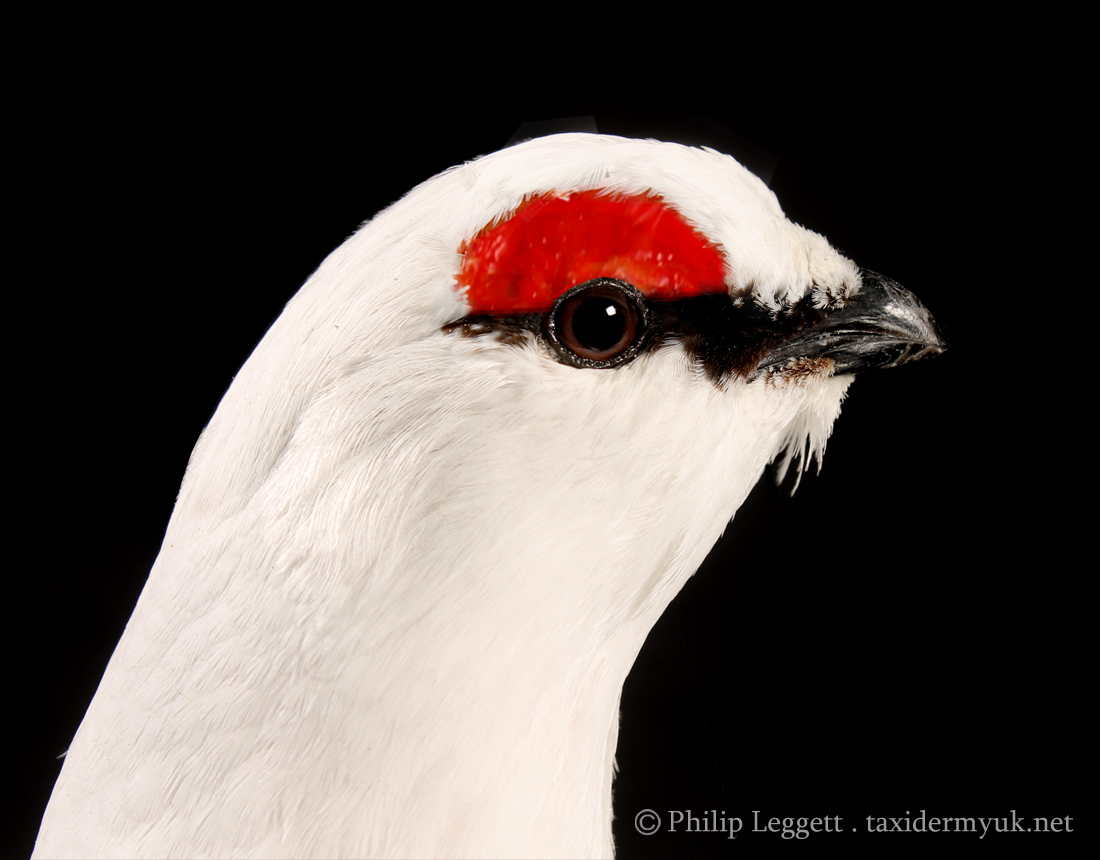 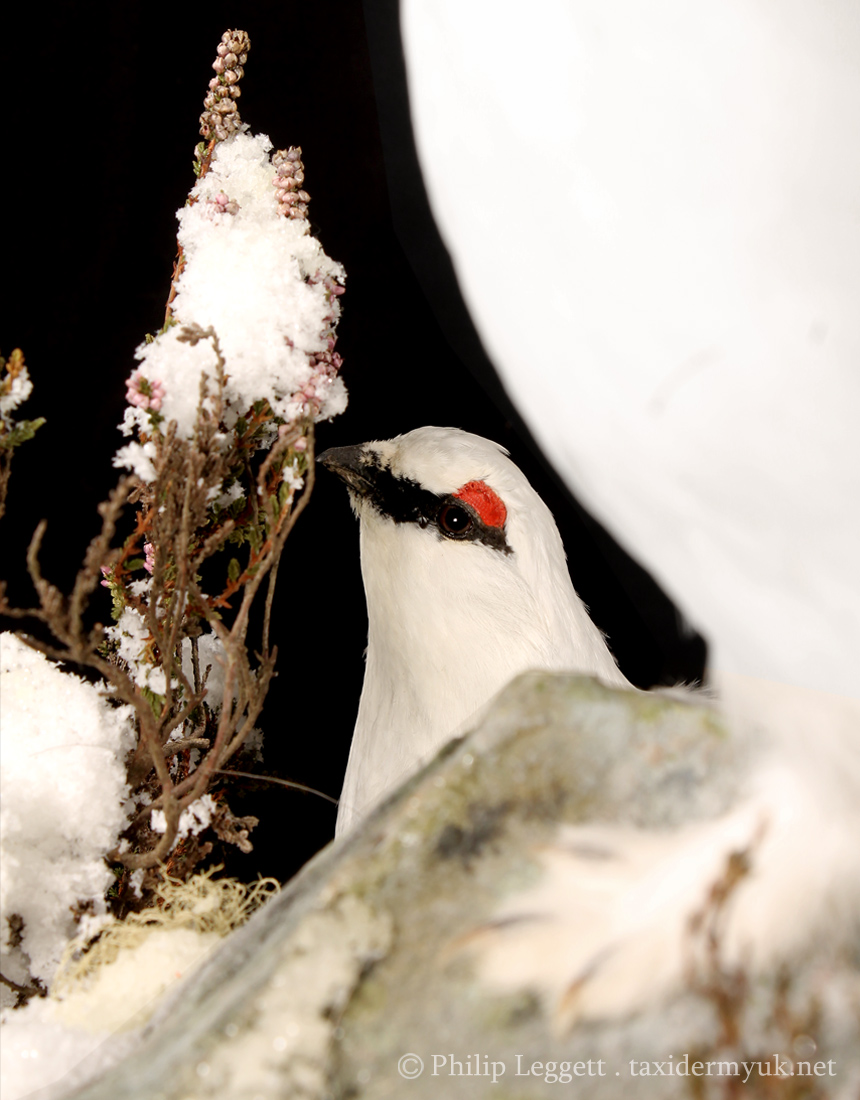 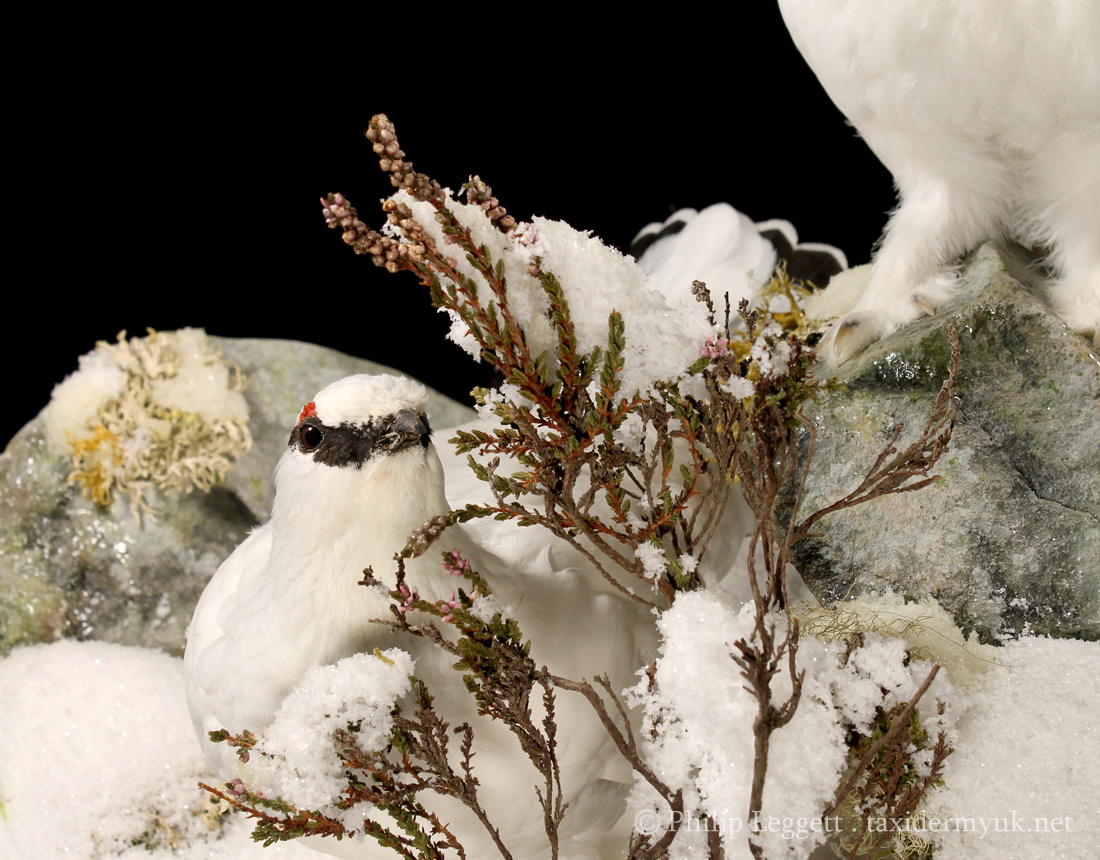 The Rock Ptarmigan or Ptarmigan as it known in the UK, is a member of the Grouse family. They occur throughout the Arctic Tundra and south into the mountains of Europe from the Alps, then east to the mountains of the Altai into China. Characterised by their ability to match their surroundings according to the season, they can go from the appearance of an August Grouse to almost snow white in winter. They are a Common bird in Greenland, where they are considered a delicacy and hunting them for the pot is very popular. They also occur in the UK in Scotland and only then on the high mountains. They are a sporting game bird in Scotland and have a season (12th August to 10th December) but they are not hunted in large numbers because populations can fluctuate and must be very tightly monitored. If there is a shootable surplus in any year they are generally walked up with a brace or so taken at most. Personal fitness is a must if one is to venture to the high mountains in the hope of a shot.  It is very seldom that a Scottish ptarmigan is taken in its fully white winter livery, as their high mountain haunts are often inaccessible by December and the season is often over before they have gone fully white.

The pair shown here were taken by the client in Greenland. We mounted them to be cased in a natural habitat setting with faux snow as a feature. The two birds were mounted with one of them high on a rocky outcrop and the other below feeding on a heather twig.
This is a detailed mount with careful thought given to the composition of the piece and detailed down to the footprints of the lower bird in the snow.  White ptarmigan will get dirty with dust in a very short time, so casing them is a must if they are to last at all.
This mount consists of the following components.

Notes on our bespoke glass cases

N.B. We do not use the inferior cheap 2mm glass in our cases. They are structurally inferior and not safe in a domestic situation. Larger cases are in 6mm toughened.