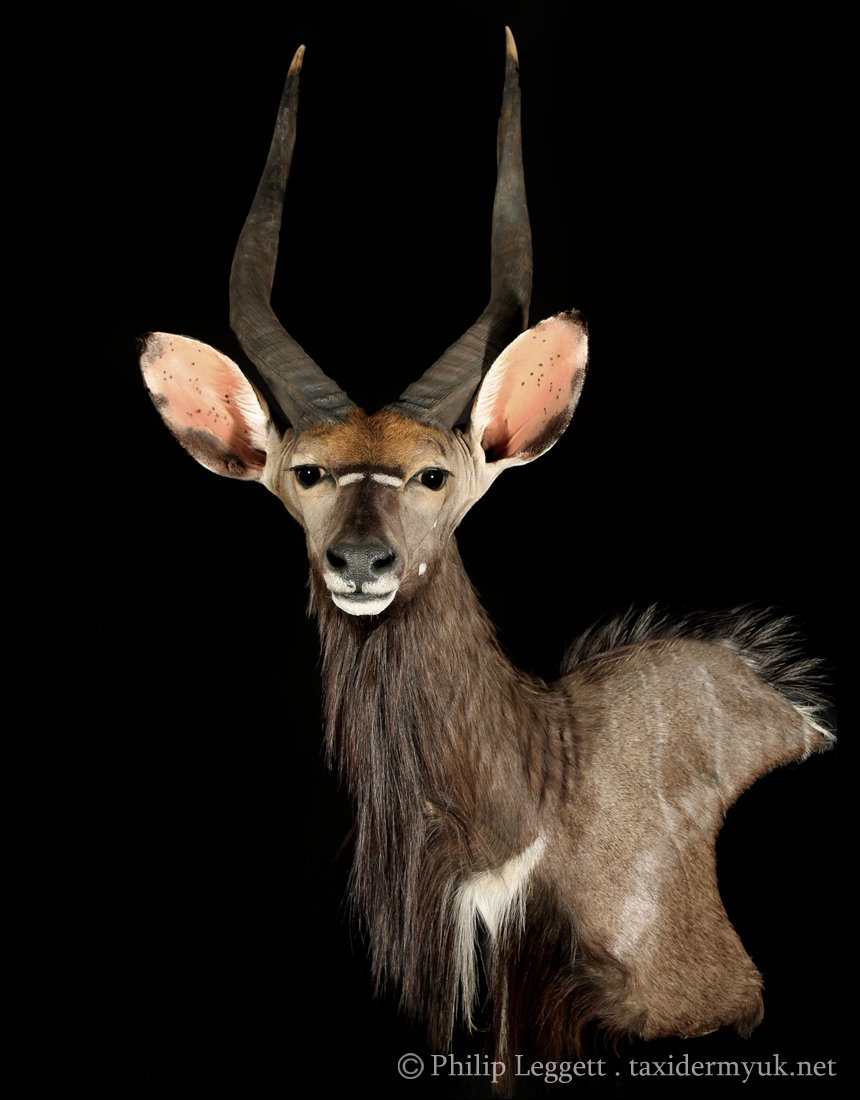 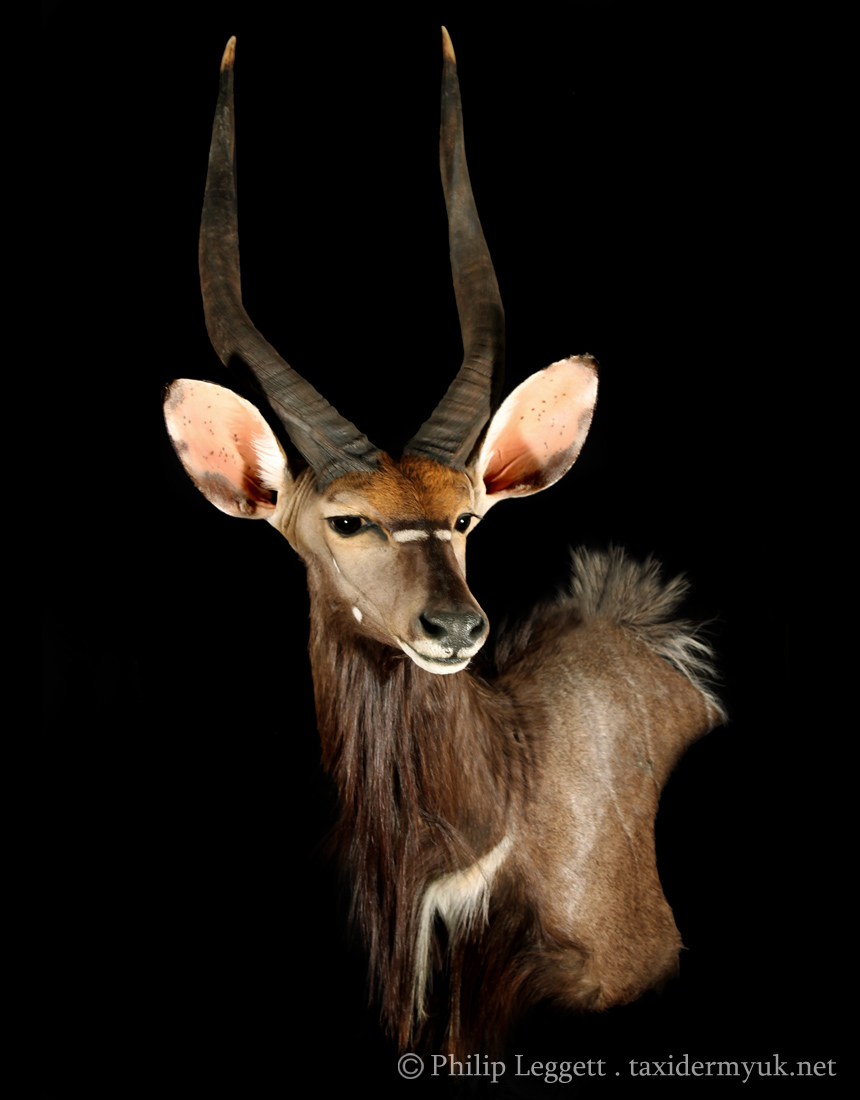 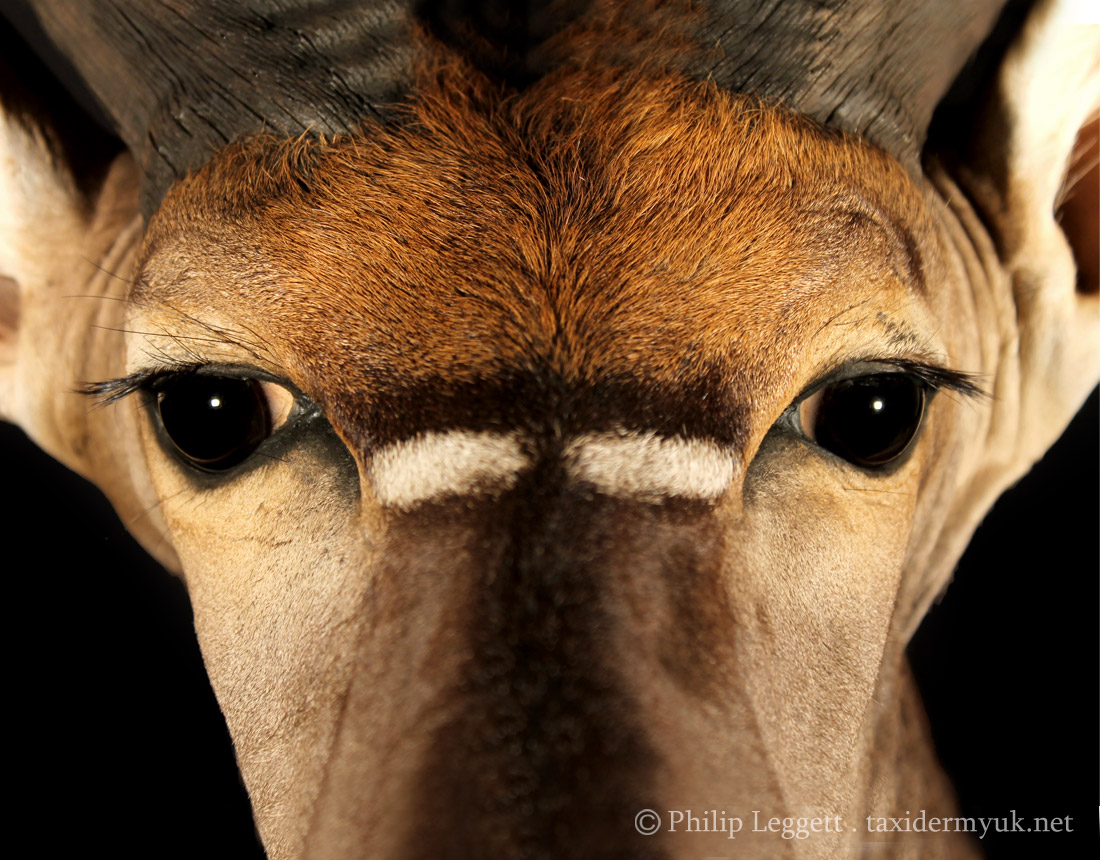 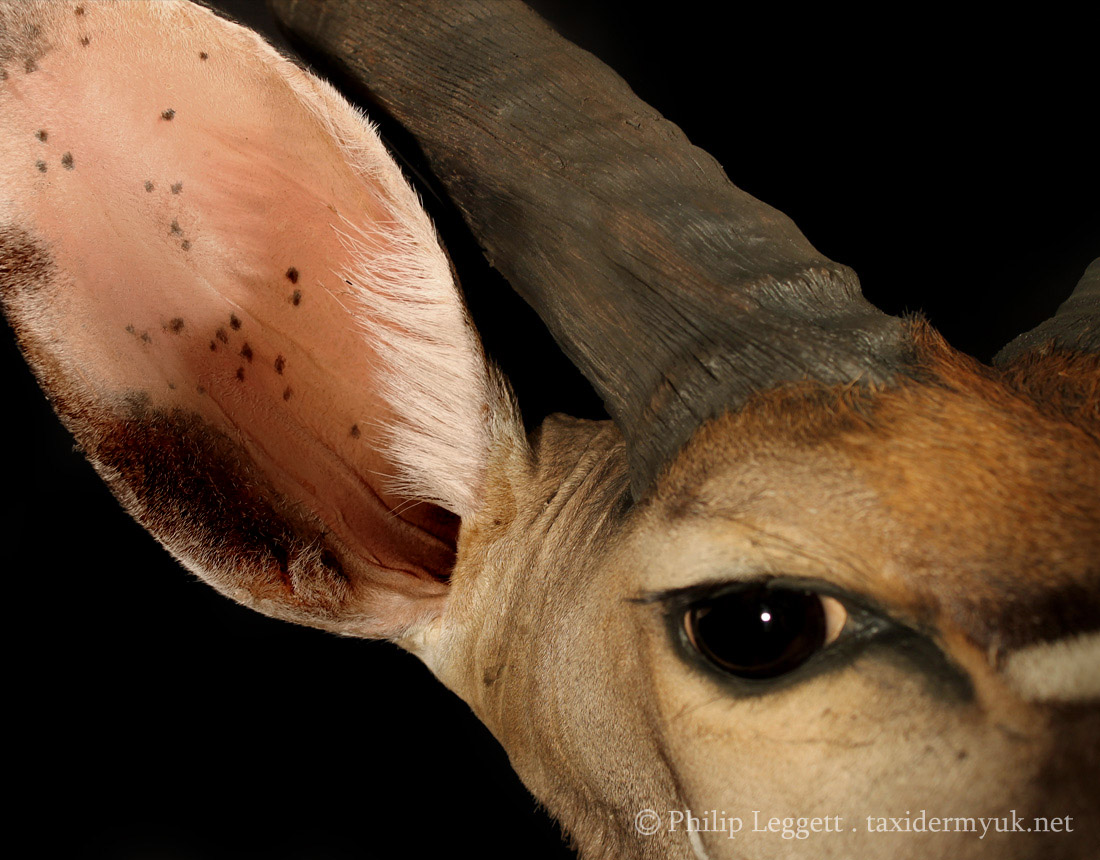 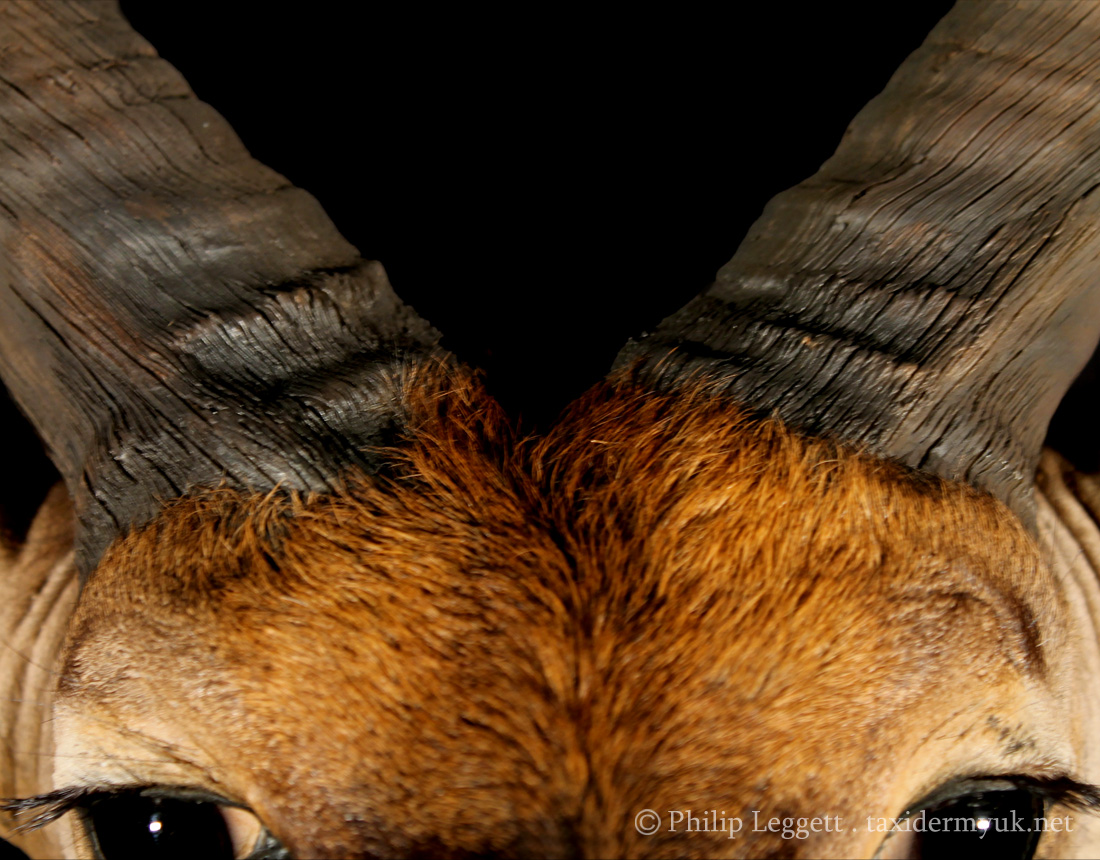 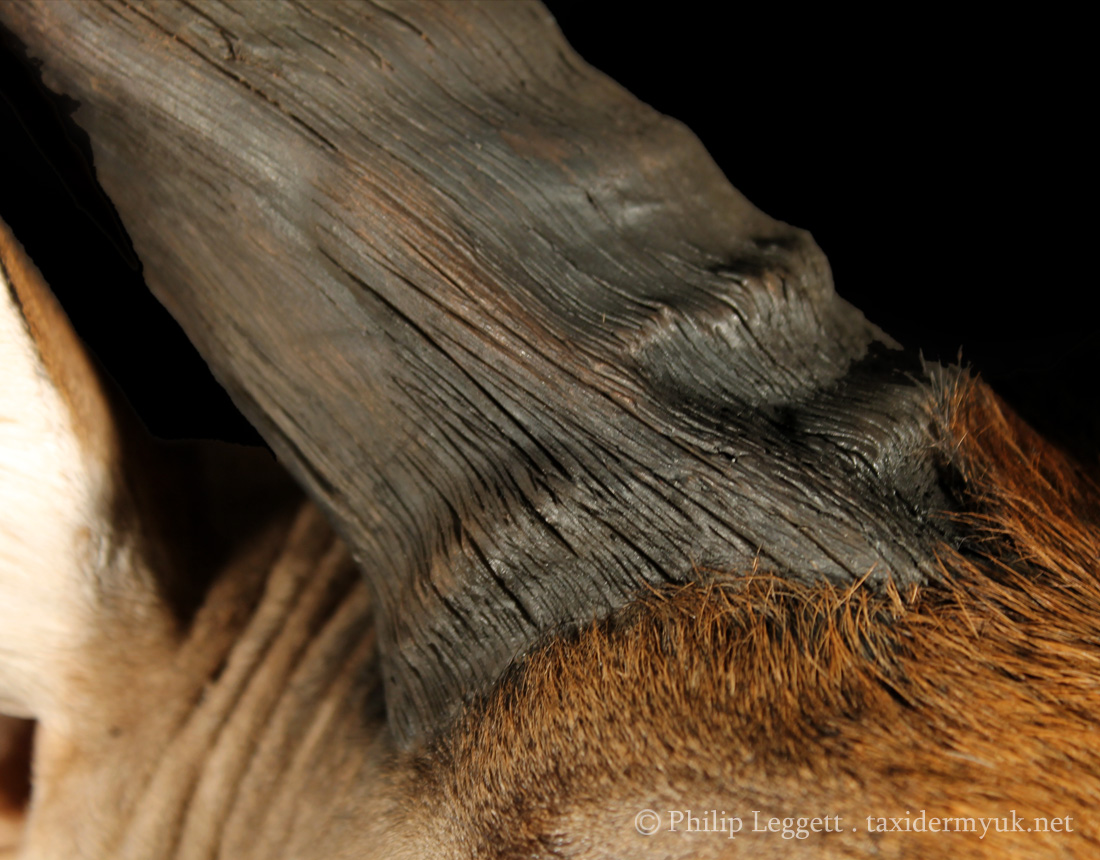 The Nyala is undoubtedly one of Africa’s most shy, stunning and sought after spiral horn antelope. They are almost the peacock of the antelope world. The male is a stunning looking animal with striking markings and colouration.

Males are usually solitary in nature. Only the males carry horns 60–83 cm (24–33 in) long with yellow or “ivory” tips, weighing up to 140 kg (300 lbs). Females are much smaller 70 to 80 kg (180lbs) with far planer, less striking markings. To the uninitiated one would not know they were the same species. Females will form loose herds of up the 30 animals.

Natives of eastern southern Africa, they occur throughout South Africa where habitat suits and on countless game reserves and national parks. Nyala like ample cover and bush thickets. They are both grazers and browsers and will exploit a varied diet.

This example of an Nyala, from South Africa, is a smaller example bodily than the other two shown, with a finer neck. This mount is an offset shoulder mount mounted going to the left looking over his left shoulder. The mount consists of the following components: