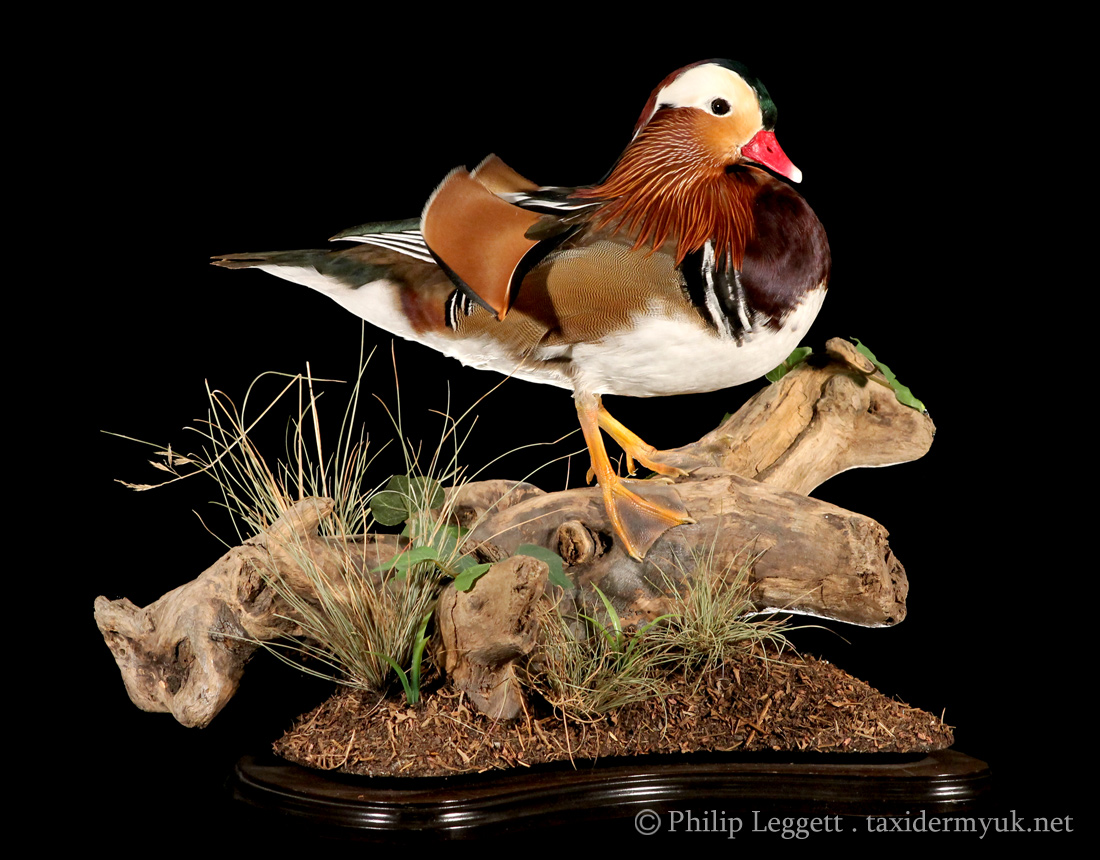 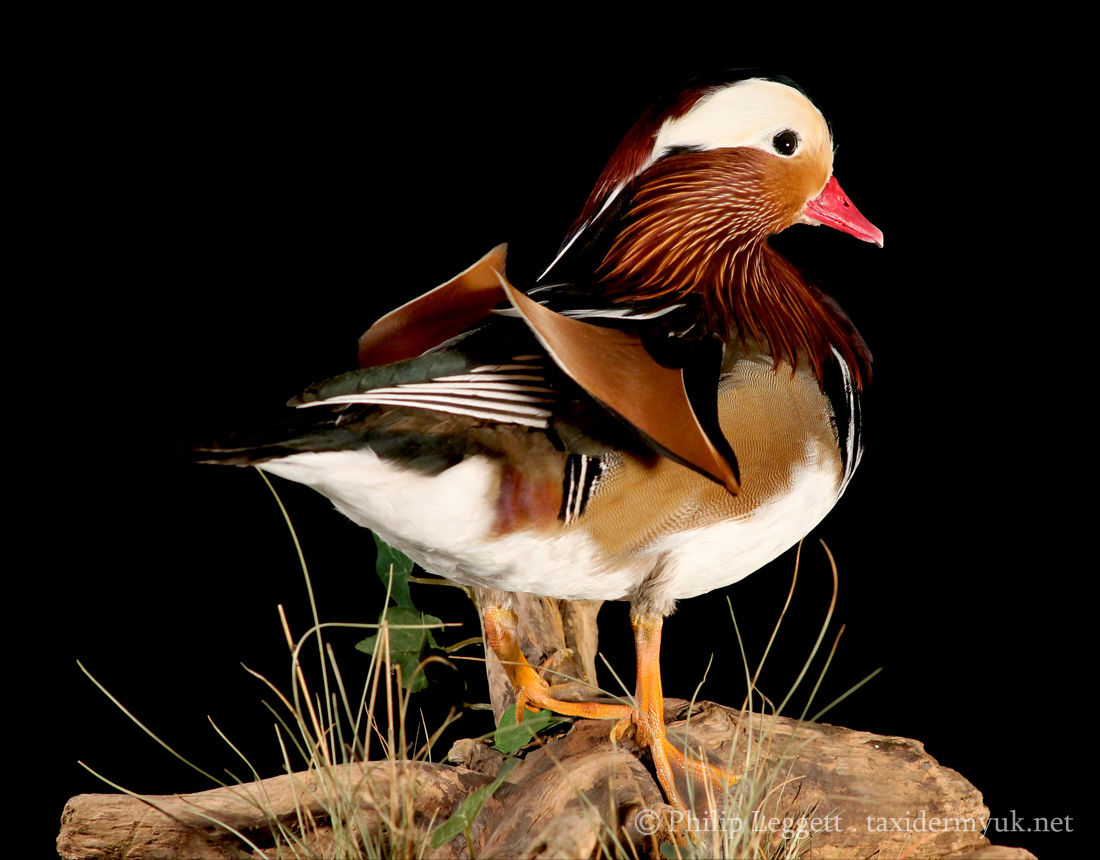 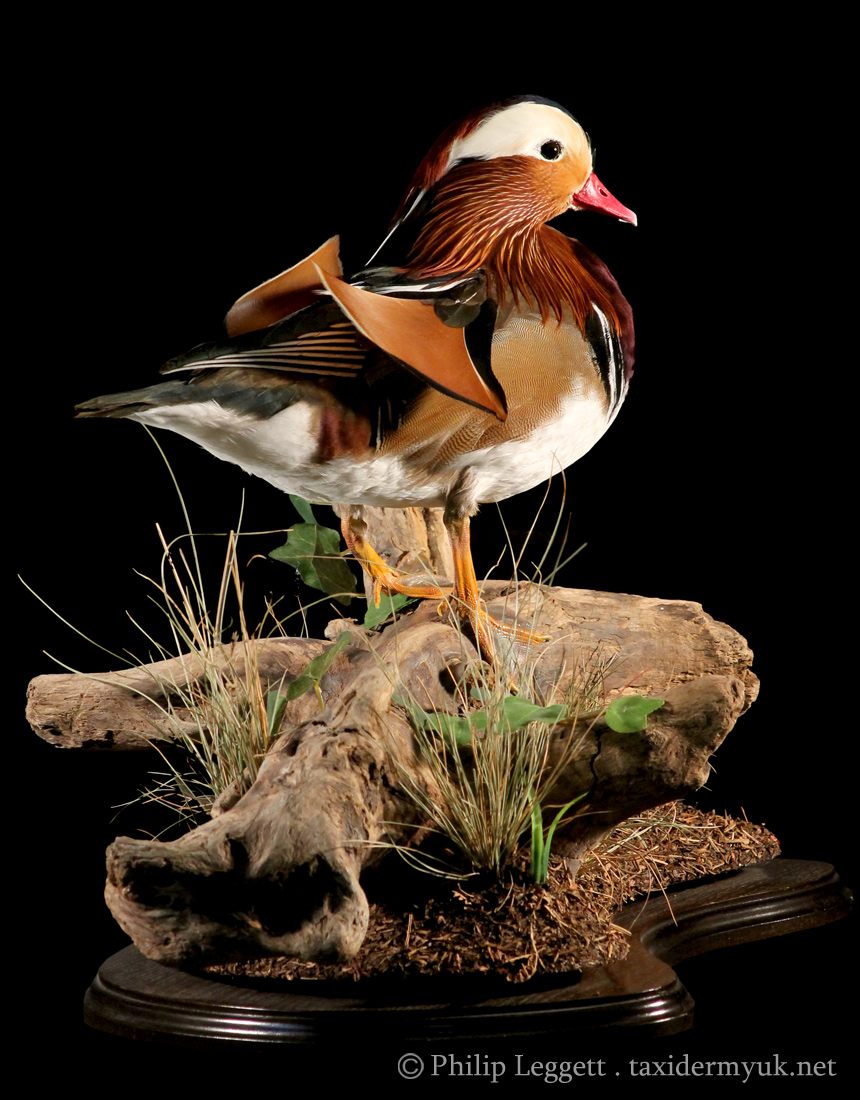 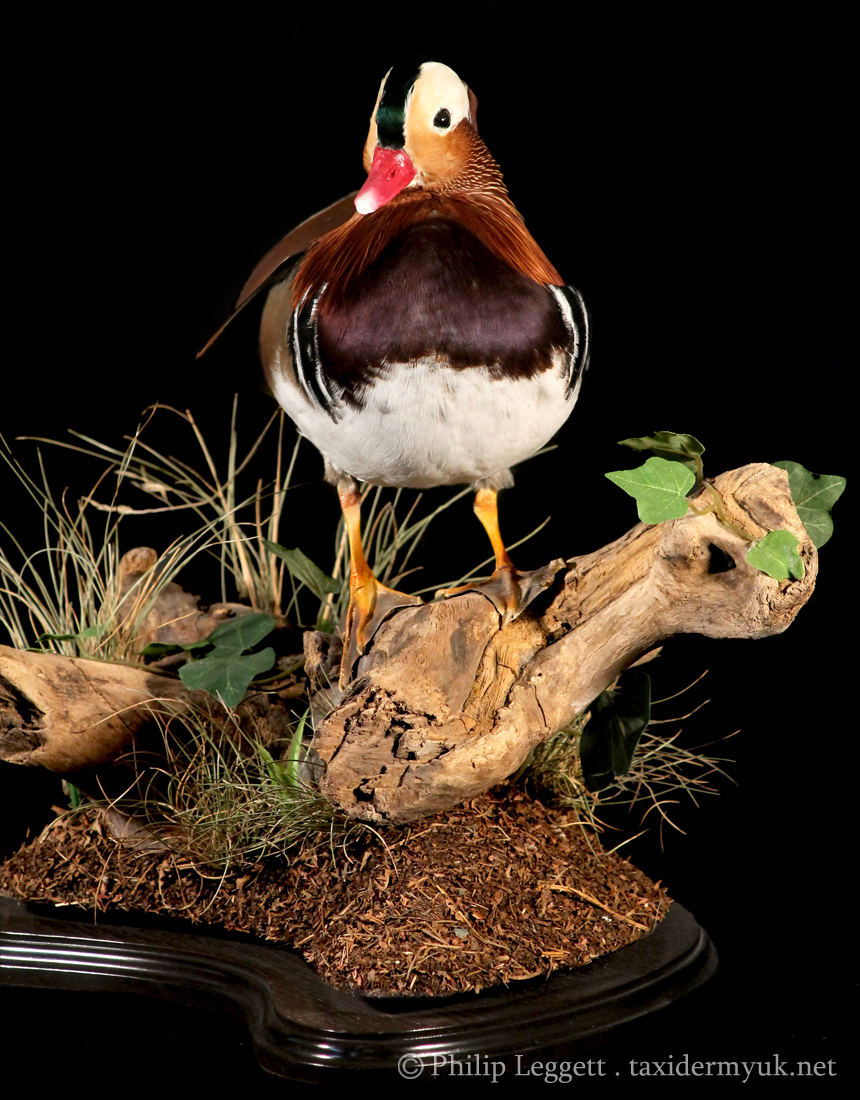 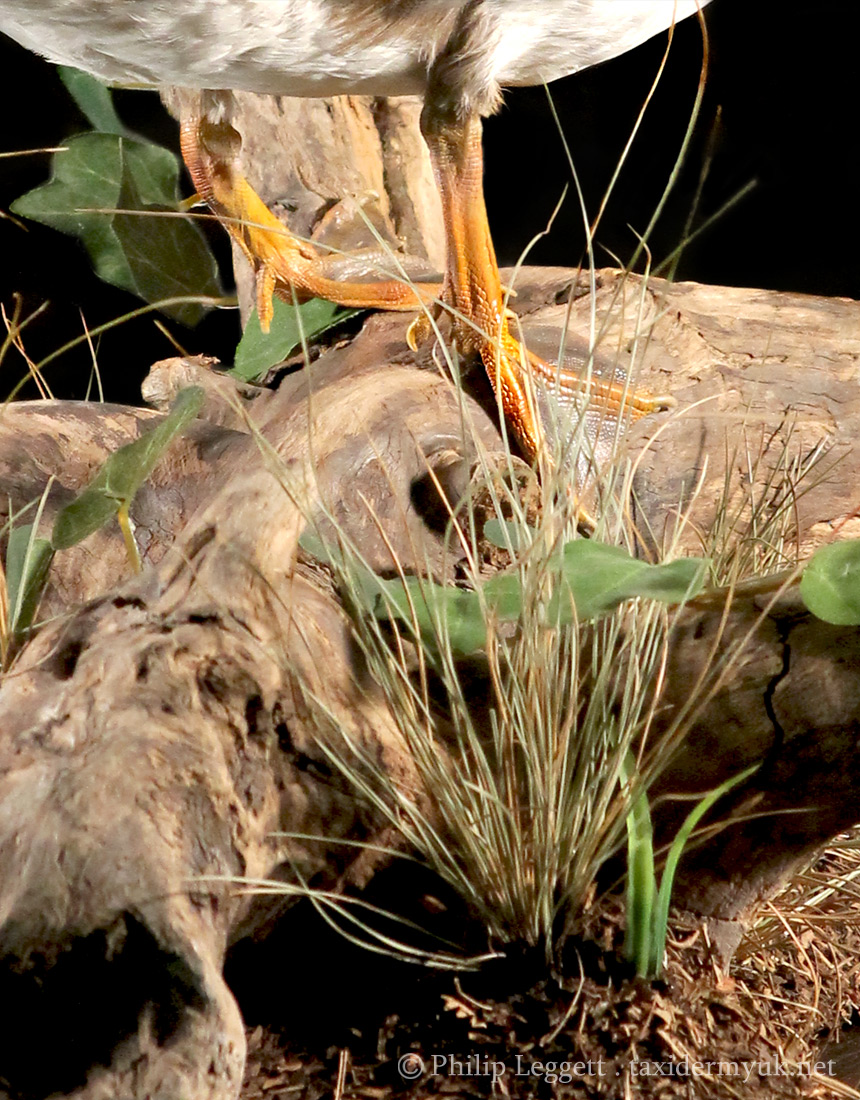 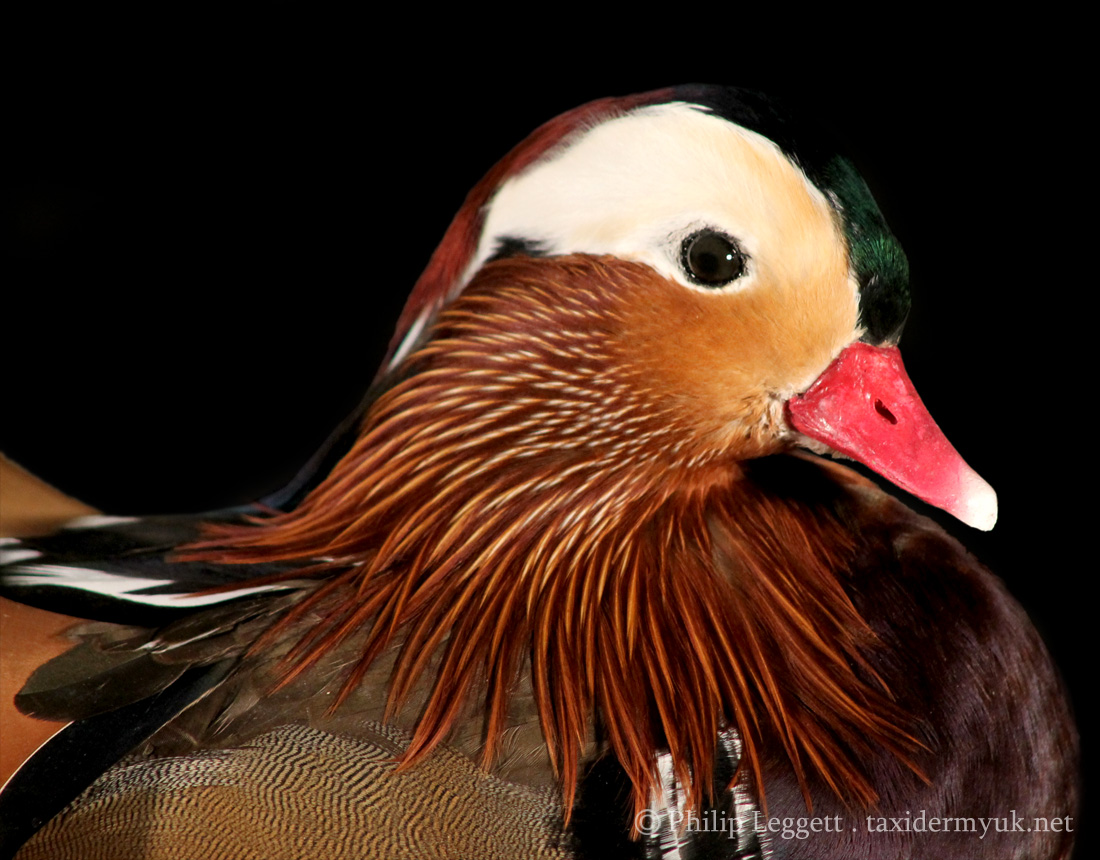 The Mandarin is undoubtedly a stunning bird, much loved by keepers of ornamental waterfowl. They are an introduced species here, but our climate and habitat appears to suit them well as they are now becoming increasingly common in the wild and can be found throughout the UK. They are indigenous to Russia and across China into much of S.E Asia. This sporadic and comparatively fast spread of the species is not due to a single release, that has slowly spread form it original release site, but far more likely to be because there are keepers of waterfowl in every part of the UK now, so escapes and releases happen literally anywhere.
Ducks are long haul fliers and think nothing of a one hundred mile flit; consequently they can pop up anywhere that suits them.

Mandarin are not flock birds and favour small woodland ponds with established old trees about, in which they nest, preferably in a hole.

Their legal status as wild bird in the UK is not easy to define (and I did try). They are not listed as specifically protected, nor are they listed on the wildfowl Quarry list, or specifically as a pest. Even the RSPB, on their web site, lists them as “No status”. They can however be bred, bought and sold in the ornamental wildfowl trade, from where specimens that come to the taxidermist originate.

More reading here on the Mandarin…

This is one of only a couple of Mandarins we have ever had in to do, and was mounted as a commission.
Mandarin males are so incredibly elaborate in their plumage and appearance that they somehow appear almost too perfect to be real, like a waterborne bird of paradise. The two bright orange “sails”, which rise from the back of the bird, are particularly striking. They are in fact part of the group of feathers called scapulars.