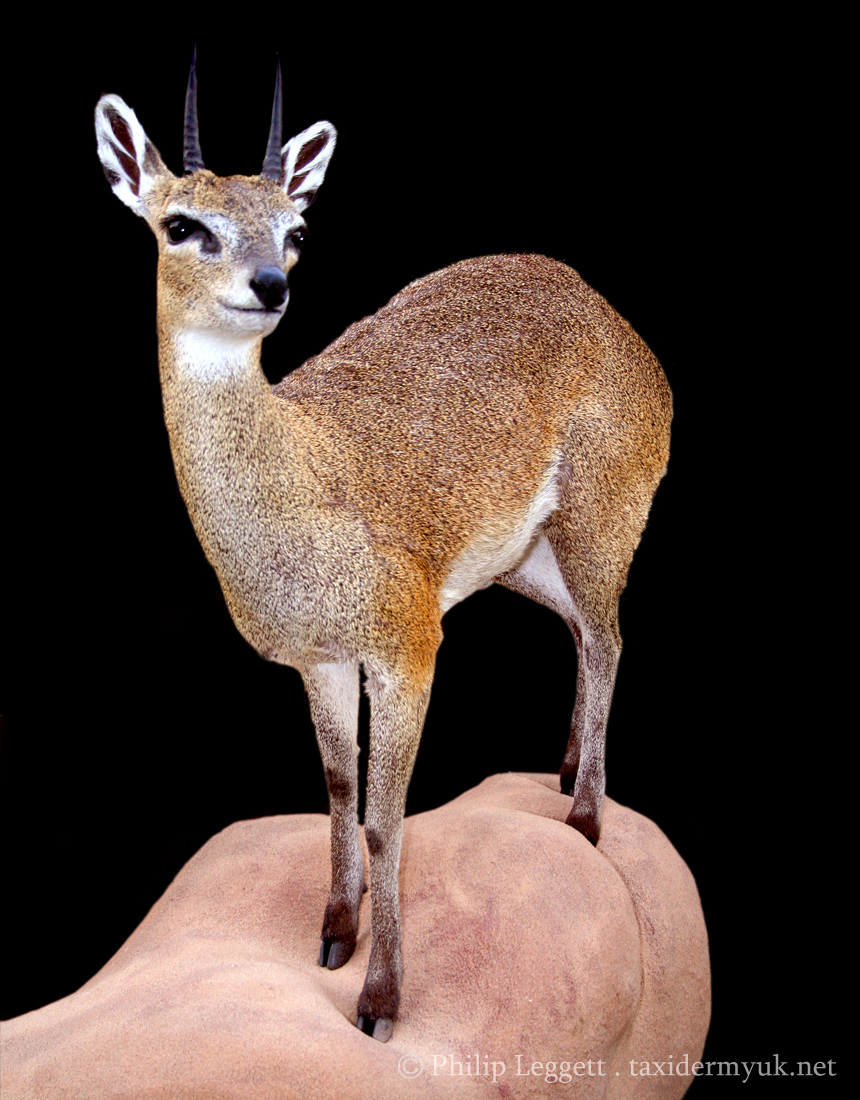 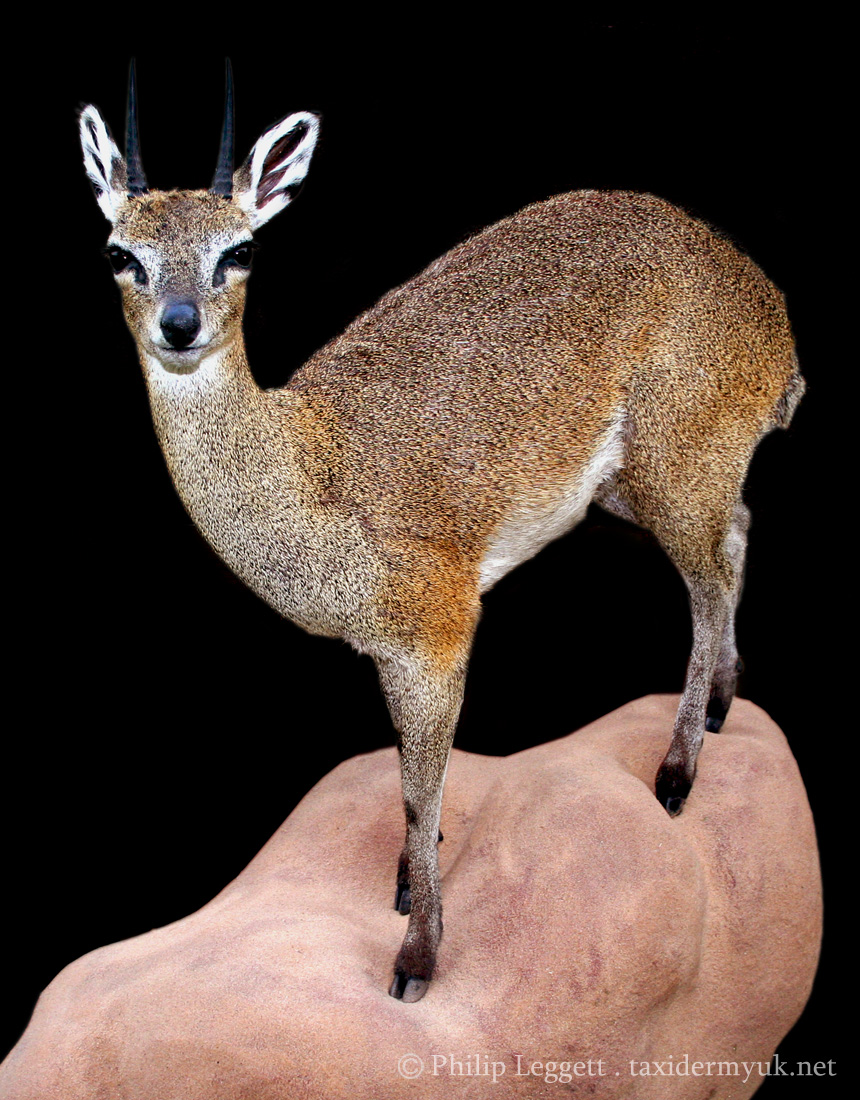 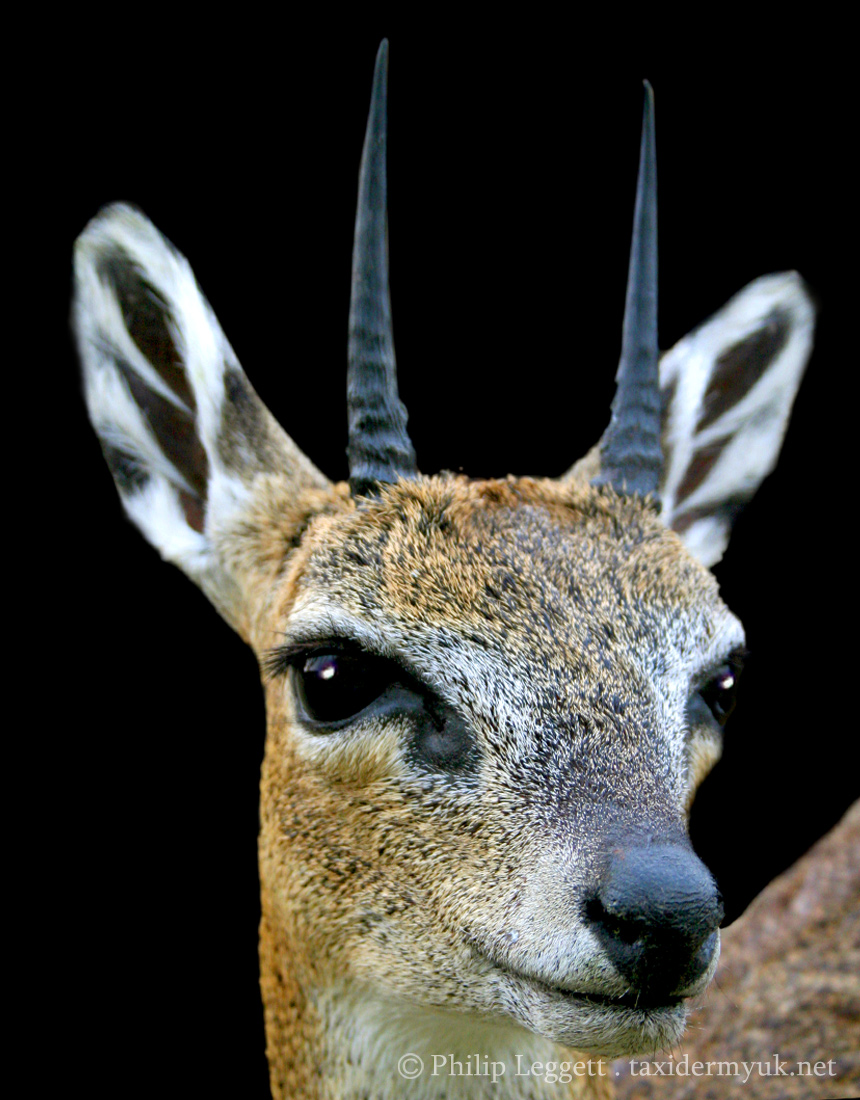 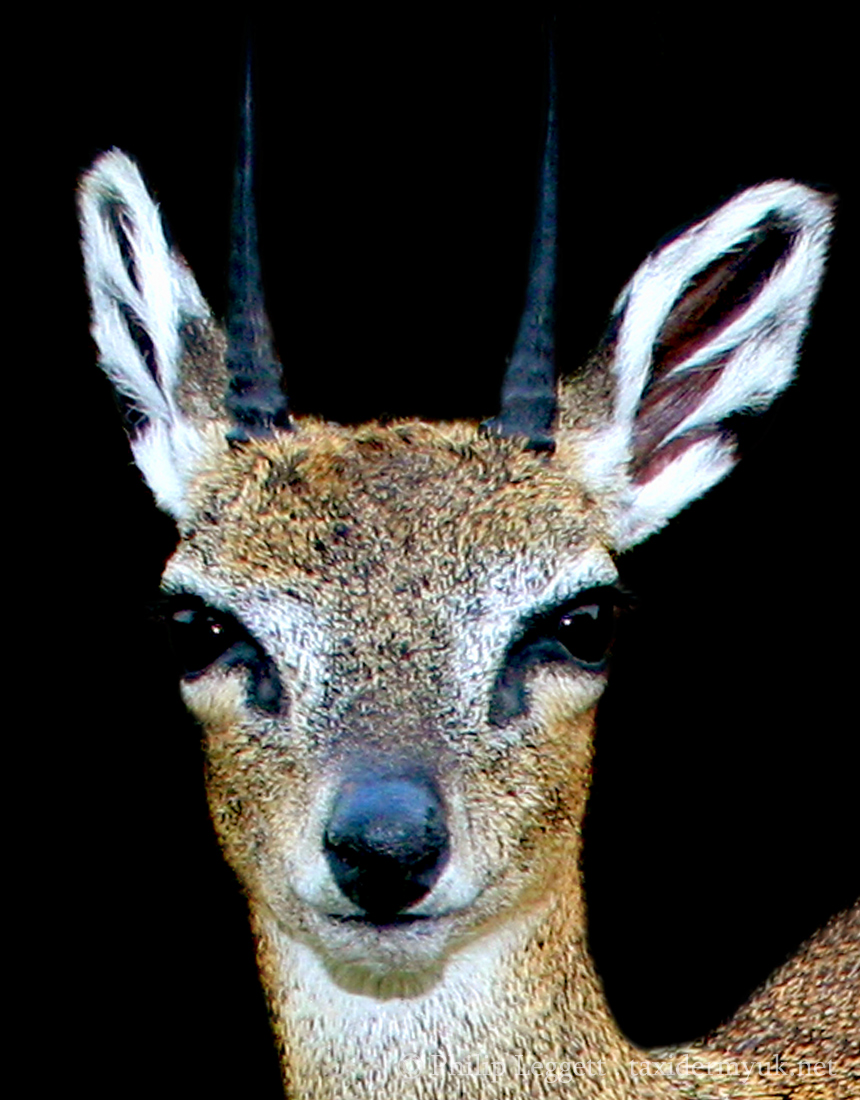 The Klipspringer (rock jumper) is a pretty and tiny species of antelope, native to Africa.
Standing around 60cm at the shoulder, their preferred habitat is amongst boulder strewn and very rocky terrain, where they are adapted to blend in and escape the many predators that Africa has. They must also venture onto flat ground as, in areas of Africa where there is miles of open Savannah grass, the land is interspersed with huge rock Kopjes (hills and rocky prominences rising from the otherwise flat ground) which can be many miles apart. Yet the Klippy can be found on almost every isolated Kopje.

Only the males have the horns, yet oddly amongst antelope, the females are the larger of the two. They are actually even smaller than their initial appearance suggests, as they have a very dense deep layer of hair about an inch or so long, that stands vertically off the skin, making them appear very stocky.

I have had the pleasure of watching these tiny antelope myself, in the far north west of South Africa, along the Limpopo River, bordering Botswana. Even when very close to them, they are incredibly difficult to spot, as like many small antelope species they tend to instinctively freeze when they feel threatened. Only once they realise your attention is on them do they suddenly take off, scaling a near vertical rock face at a speed that defies belief.
Another noticeable feature is their stance, like that of a ballerina on point. Balancing on the very tips of their tiny hooves, which behave like rubber shoes, giving them their astounding grip on near vertical slippery rocks. The Klippy is a popular meat in rural Africa and is widely hunted for its meat in many areas of its range.

Further reading on the Klipspringer…

The Klipspringer or “Klippy” is a small antelope and looks at its best presented as a full mount.
A shoulder mount is so small they are lost on even a small wall.  We mounted this one to be displayed as a wall mount on a sculpted artificial rock. I wanted to capture the delicate look and poise and elegance of the Klipspringer with him looking out intently from a high outcrop of rock with one ear turned to his back listening for danger.