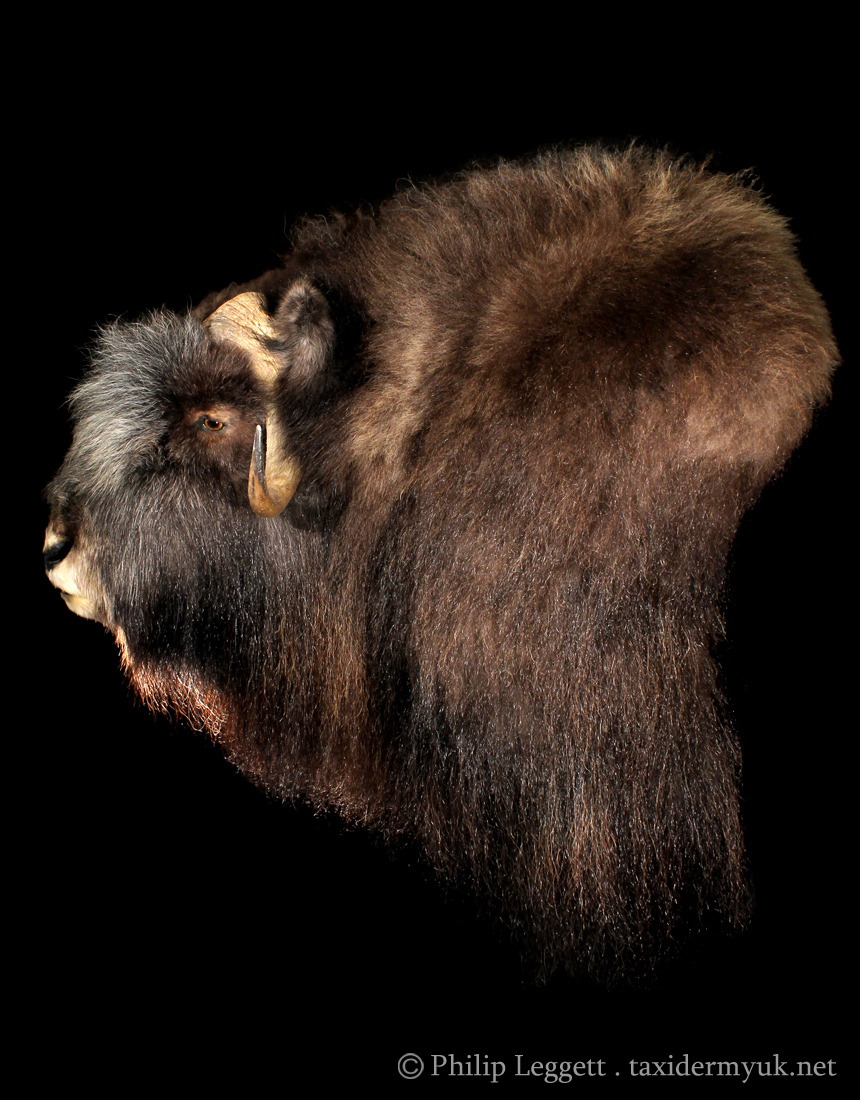 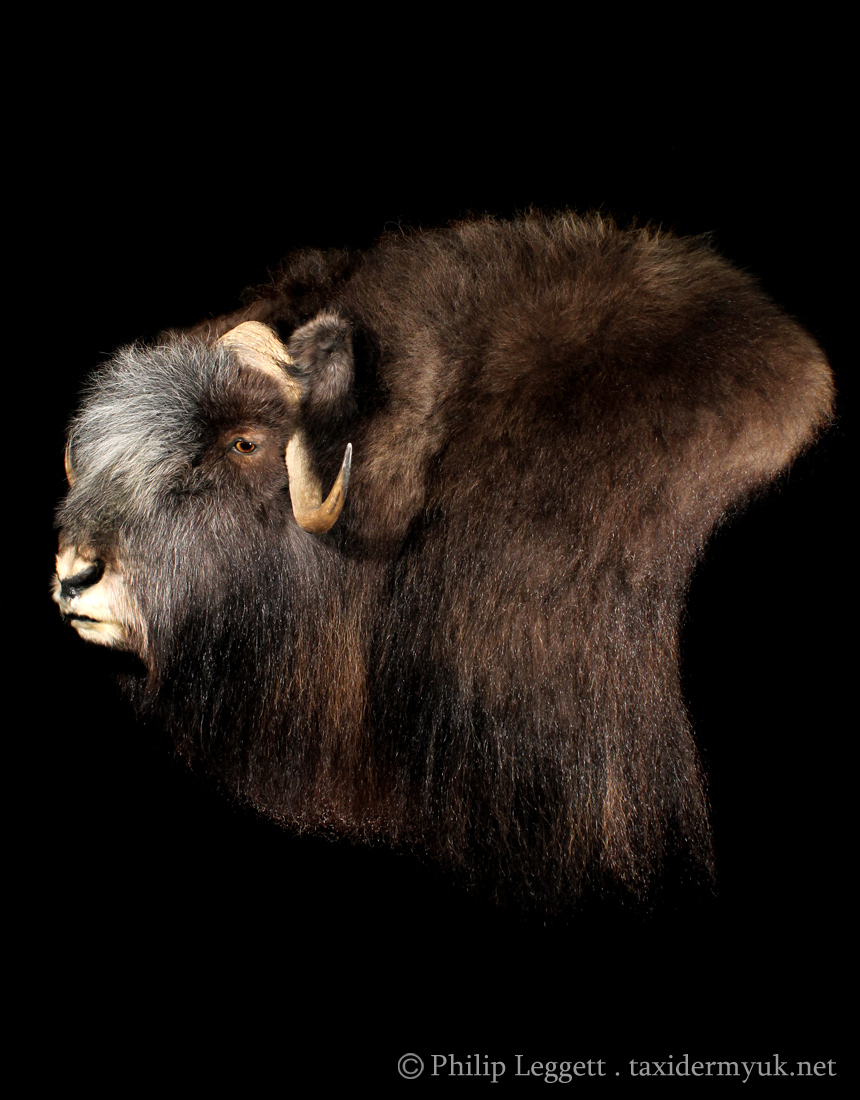 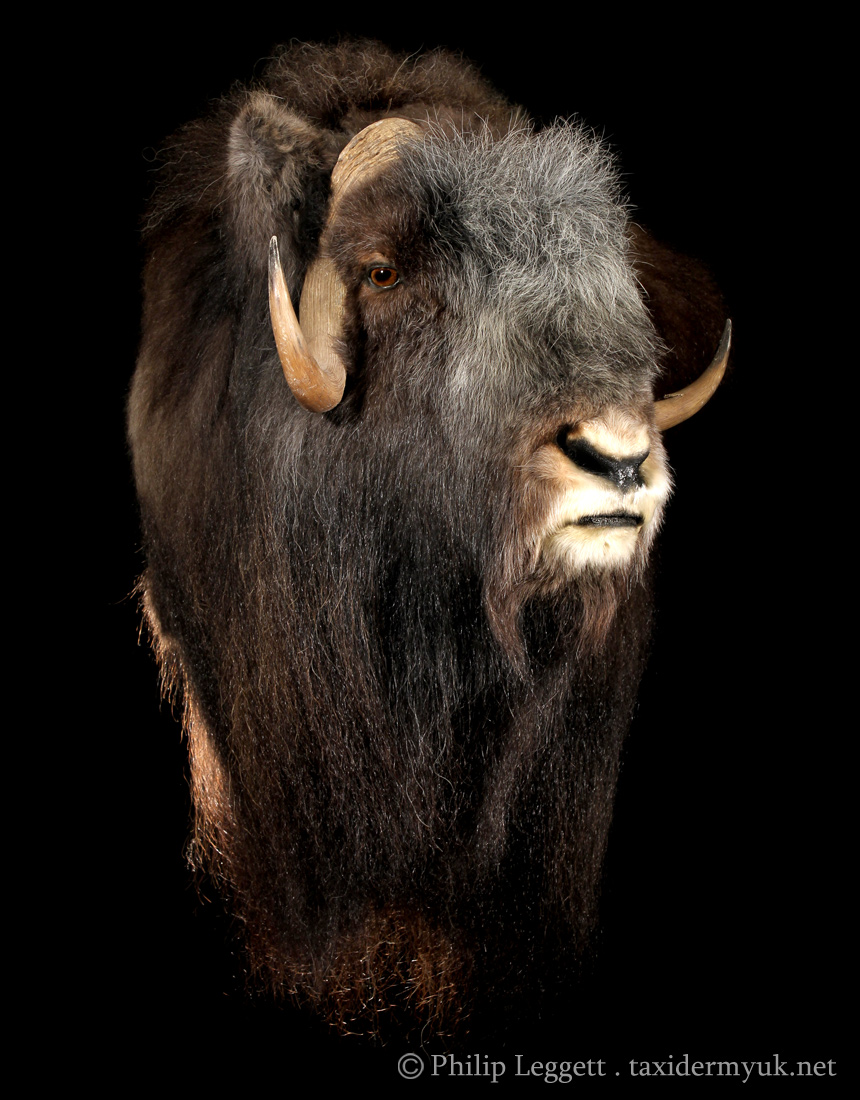 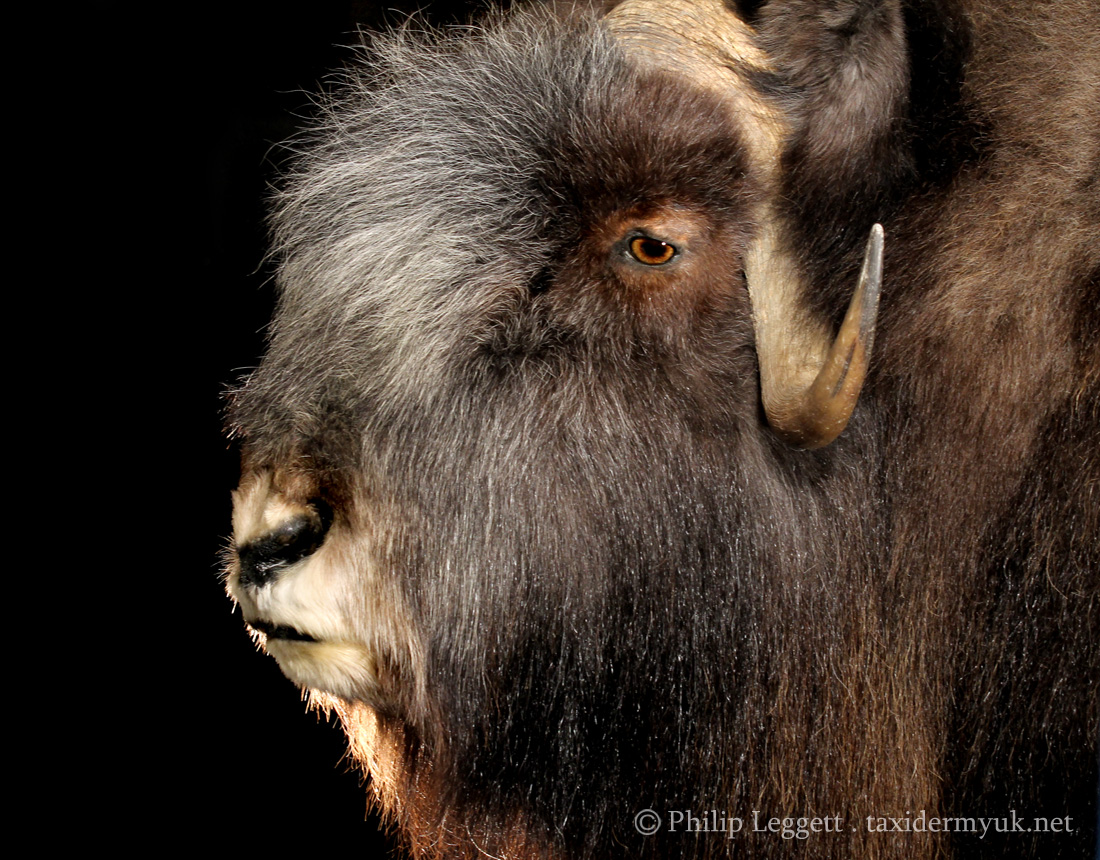 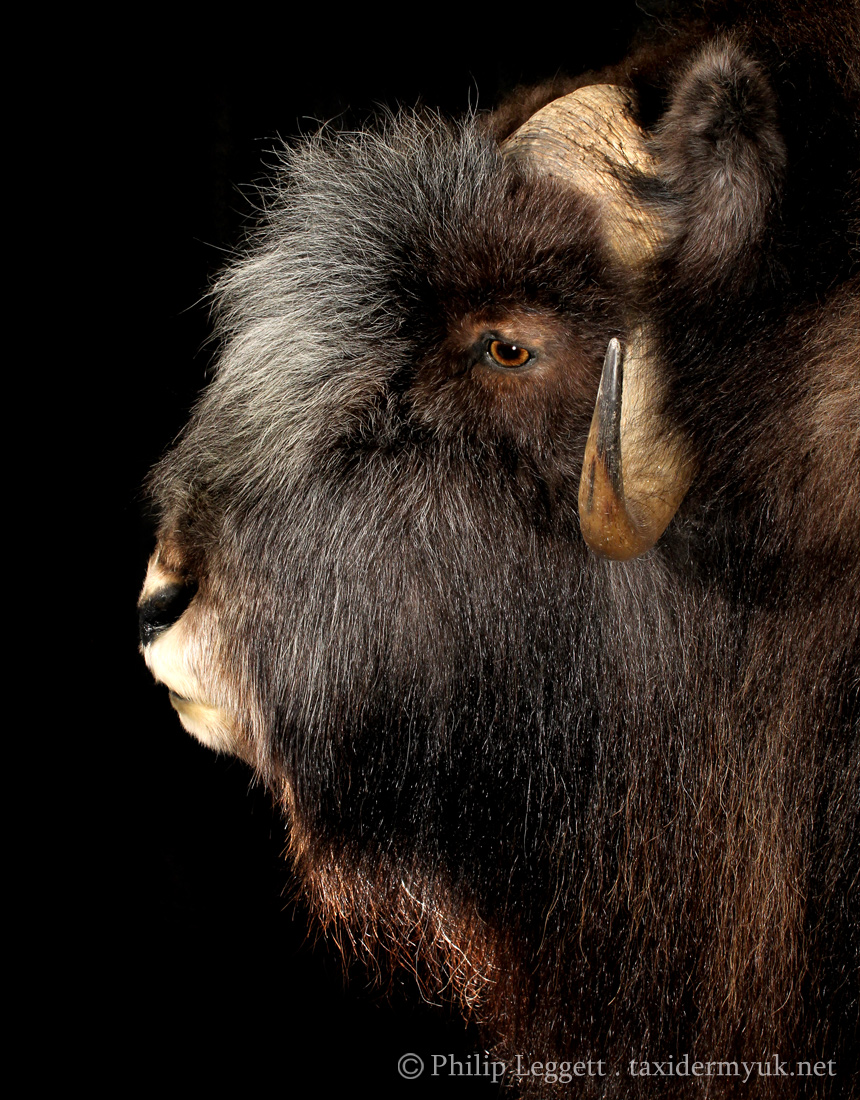 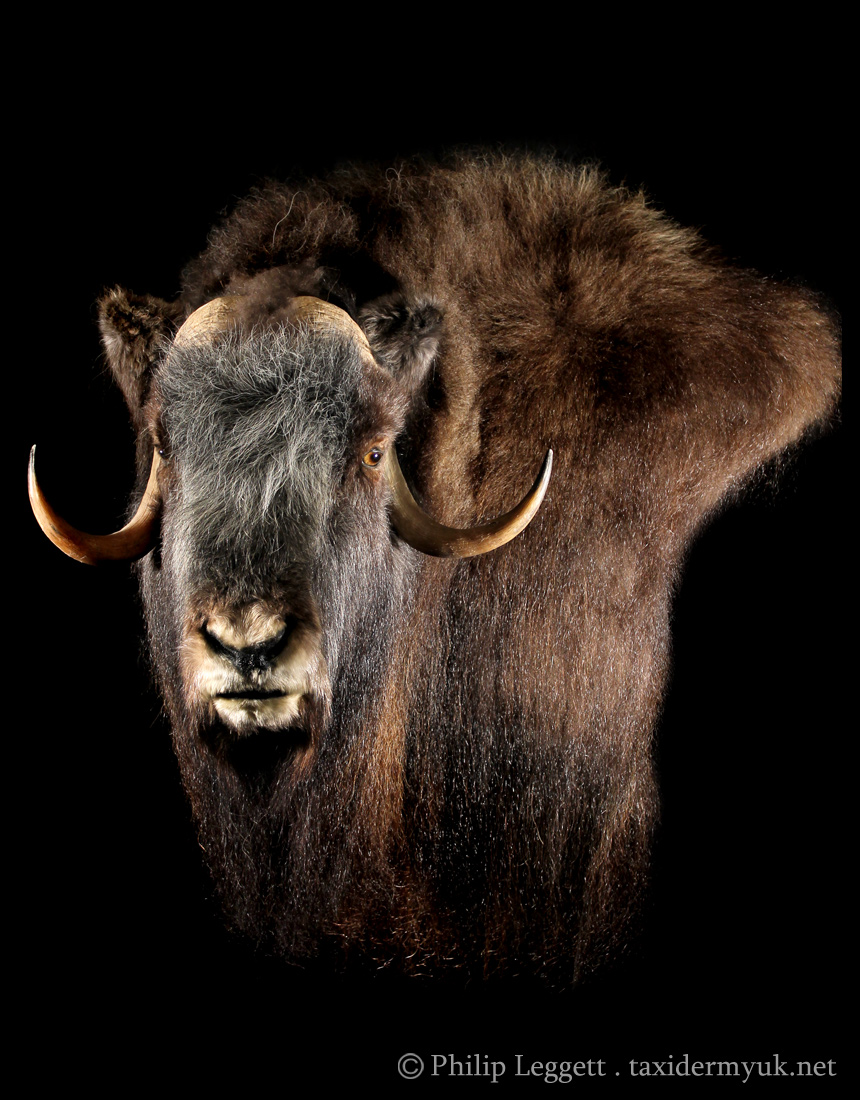 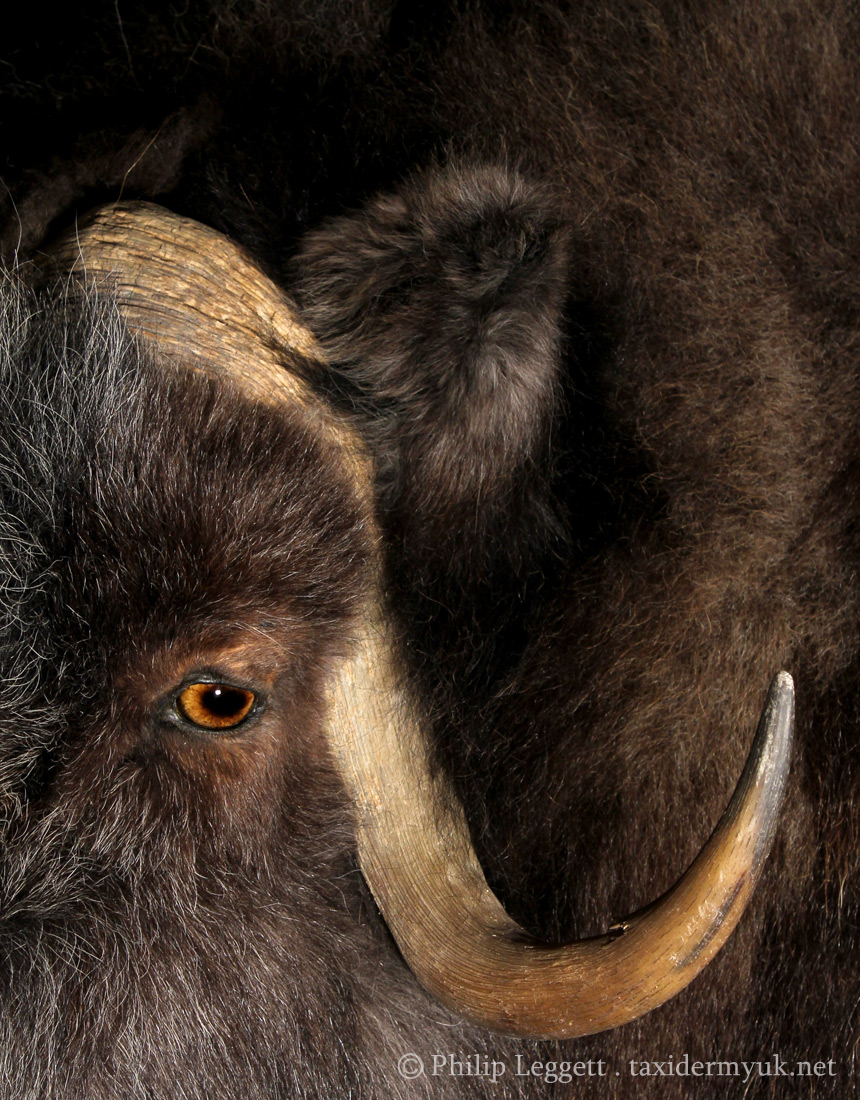 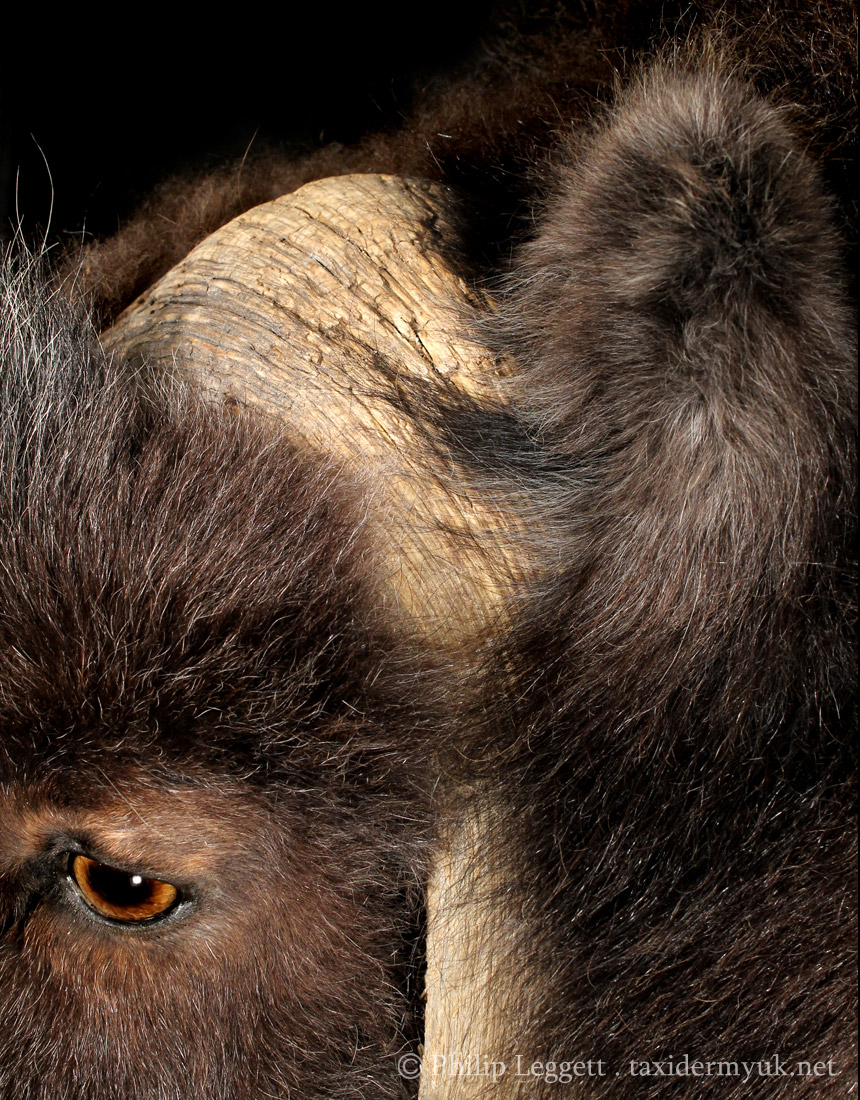 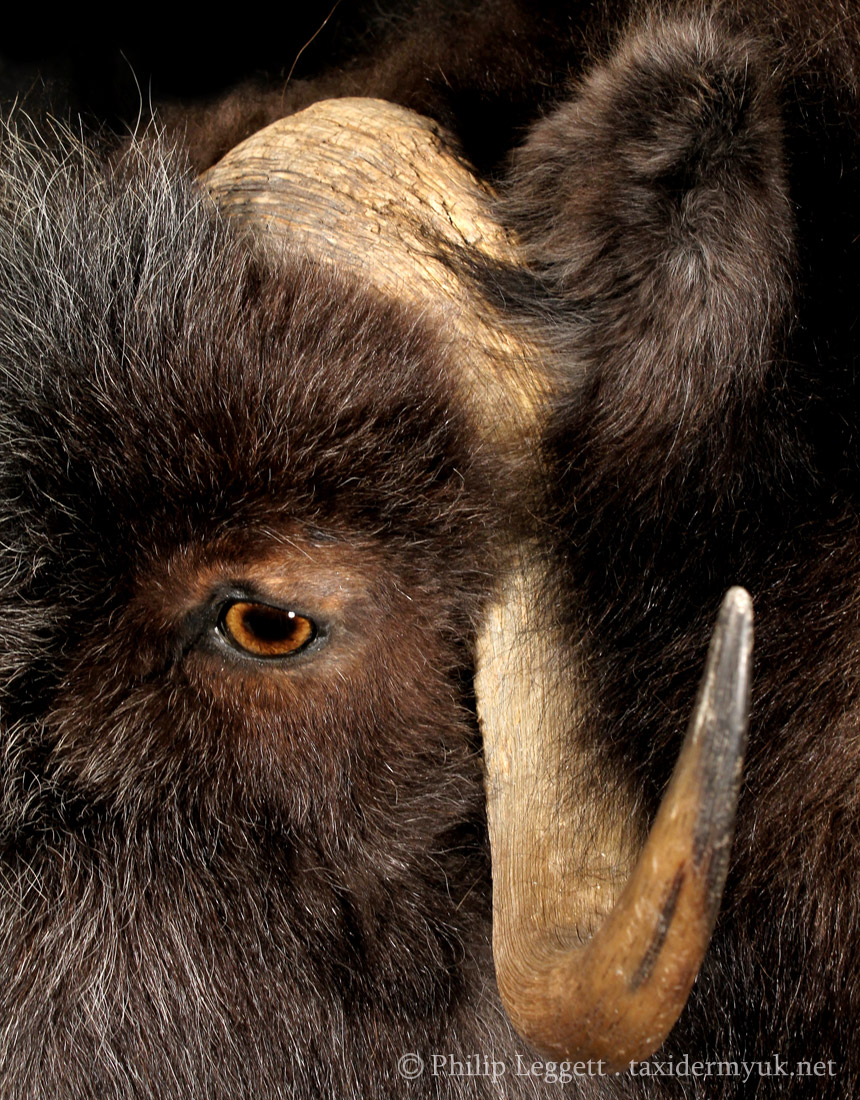 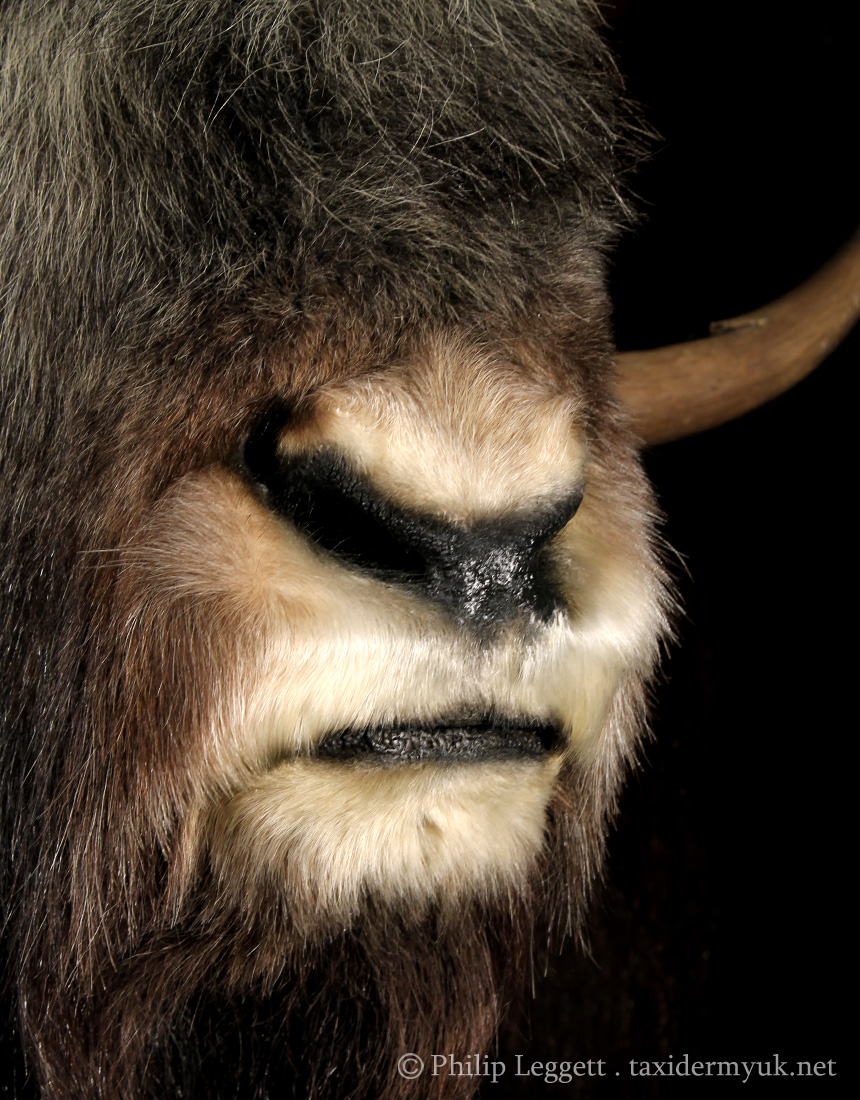 The Greenland Muskox is a relic of the Ice age, living only in the very far Northern Arctic Tundras of Greenland, Canada and Alaska, with other introductions elsewhere in Russia and Denmark, having varying degrees of success. The largest population of Muskox are in the Canadian Tundra, and the numerous large islands there, followed by Greenland.  Muskox are a highly valuable local resource for their thick woollen coat, skins and meat so populations are closely monitored and managed, with hunting being controlled to a sustainable anual harvest.

It is rare to get a Greenland Muskox to mount here in the UK, as the majority tend to be mounted in Denmark. This is because they must be shipped from Greenland direct to taxidermy companies in Denmark. Shipping of raw skins from Denmark is prohibitively expensive and this serves as a strong disincentive to have them mounted by the clients own choice of taxidermist to all but the most determined.

Muskox, when presented as a standard straight mount, can be somewhat miserable and unremarkable looking mounts, with their head lowered, almost staring at the floor. This is in my view a waste of a magnificent animal which can, with a little more effort, be mounted to show them for the magnificent animal that they truly are.

For this mount we used a standard production straight form and radically altered it to be an offset shoulder mount (or wall pedestal). This mount takes up little more room on the wall but as can be seen is a far superior way of presenting one. Another option would be a floor pedestal or even a full mount.

N.B. Mounts of this size will require a substantial wall fastening as they are very heavy.
Radical form alterations take additional time and will add cost.