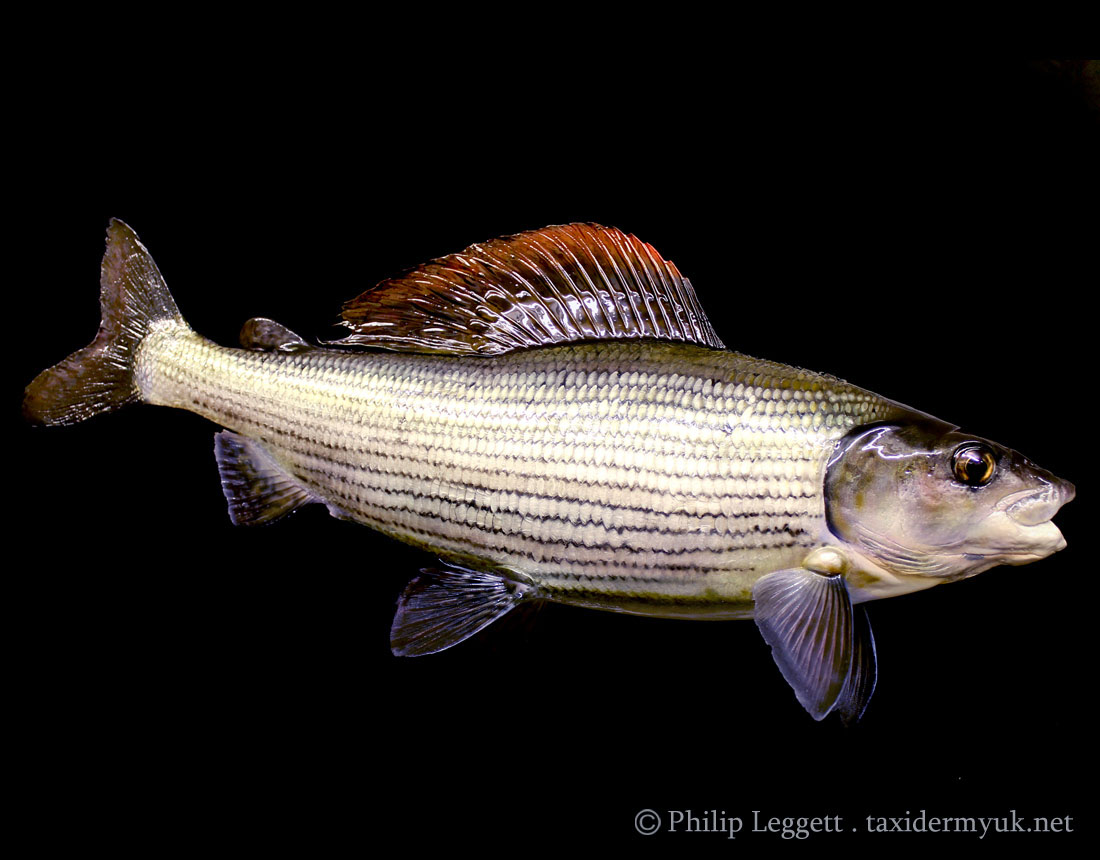 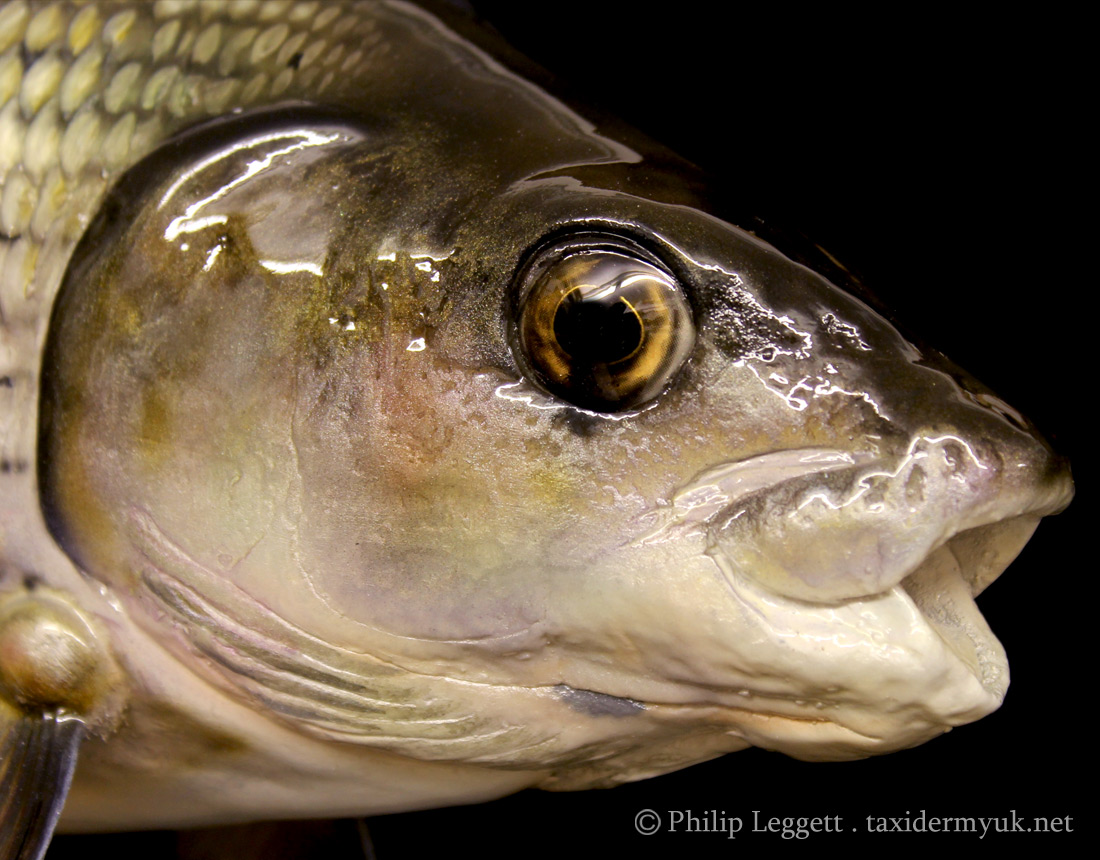 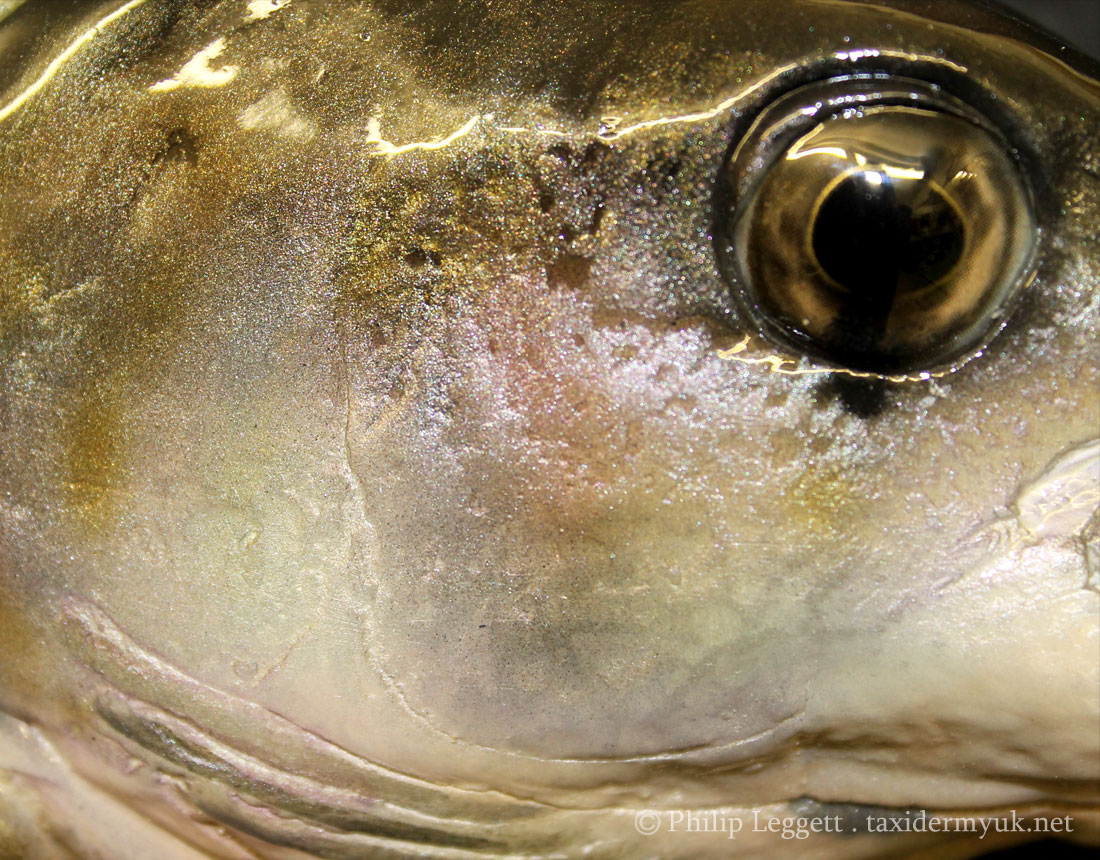 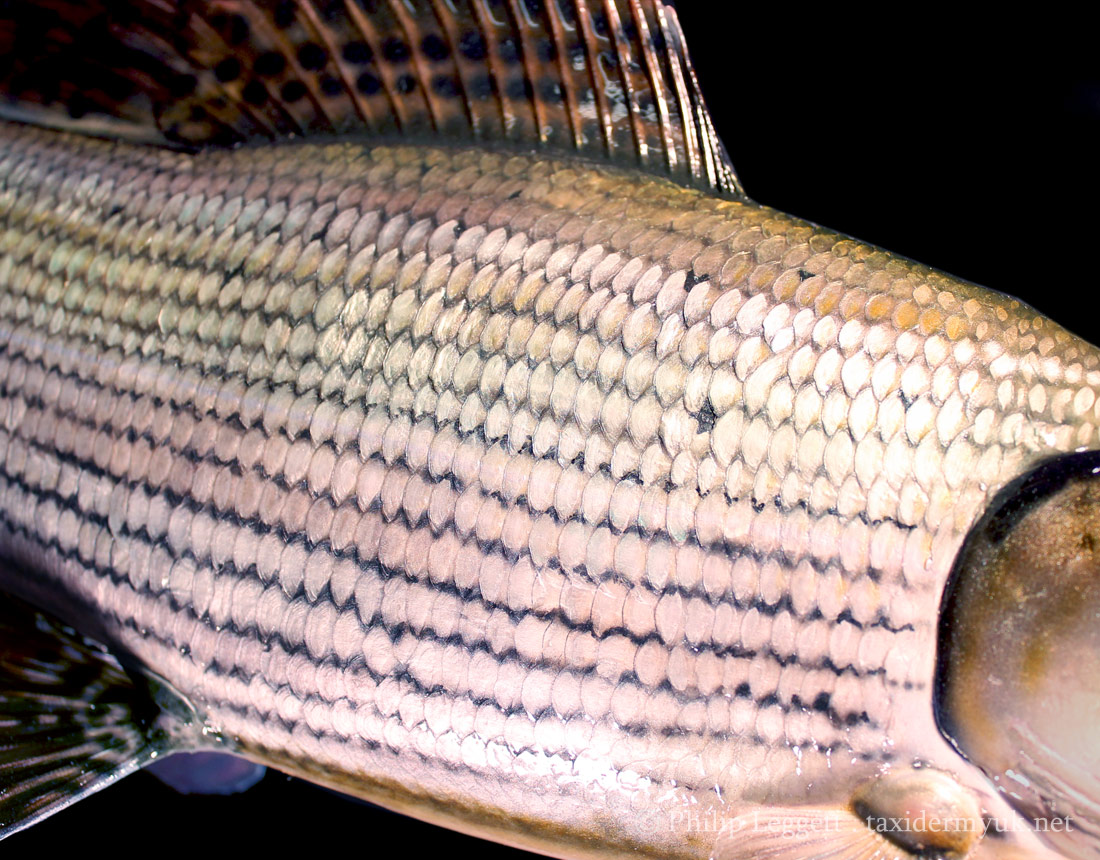 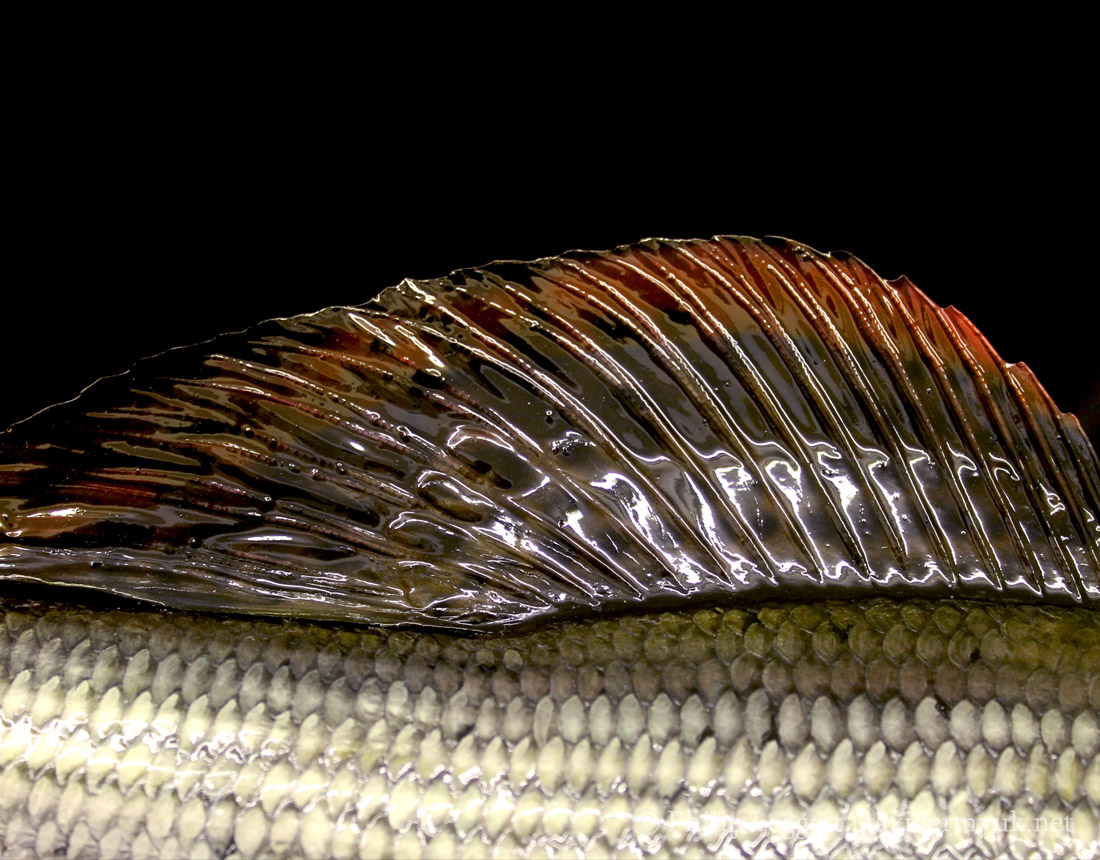 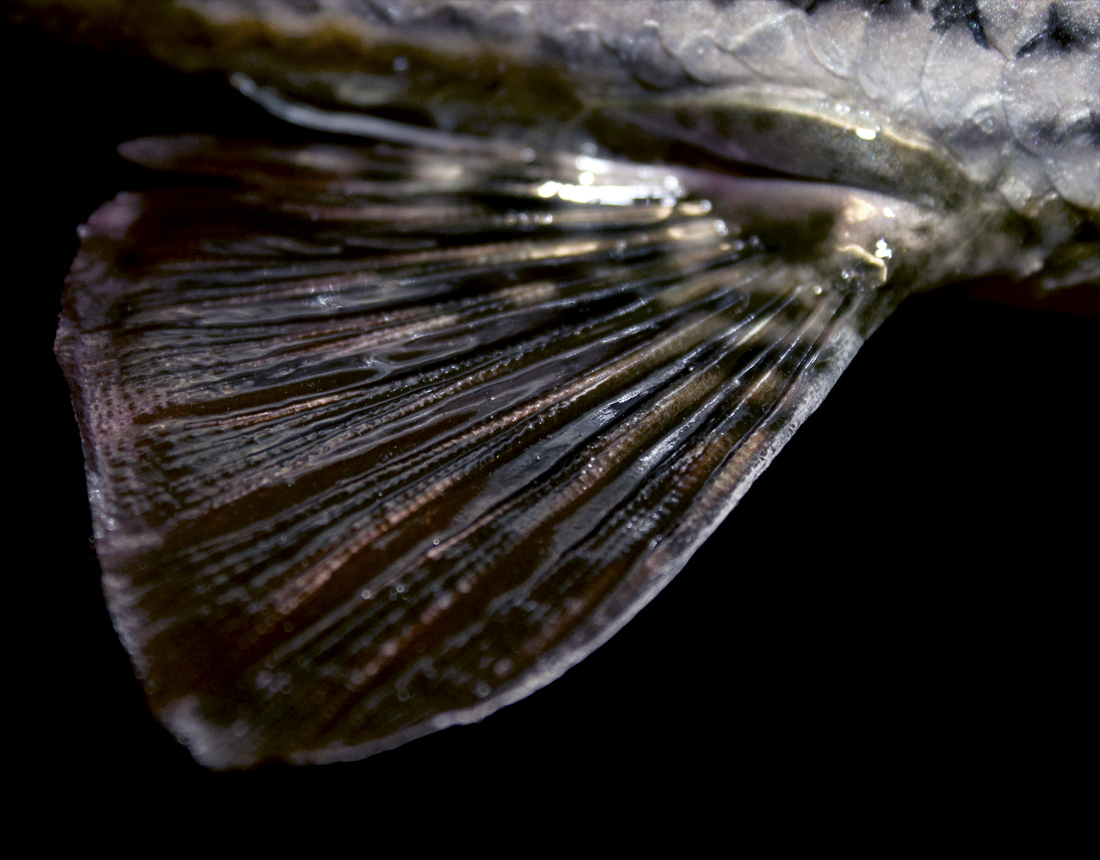 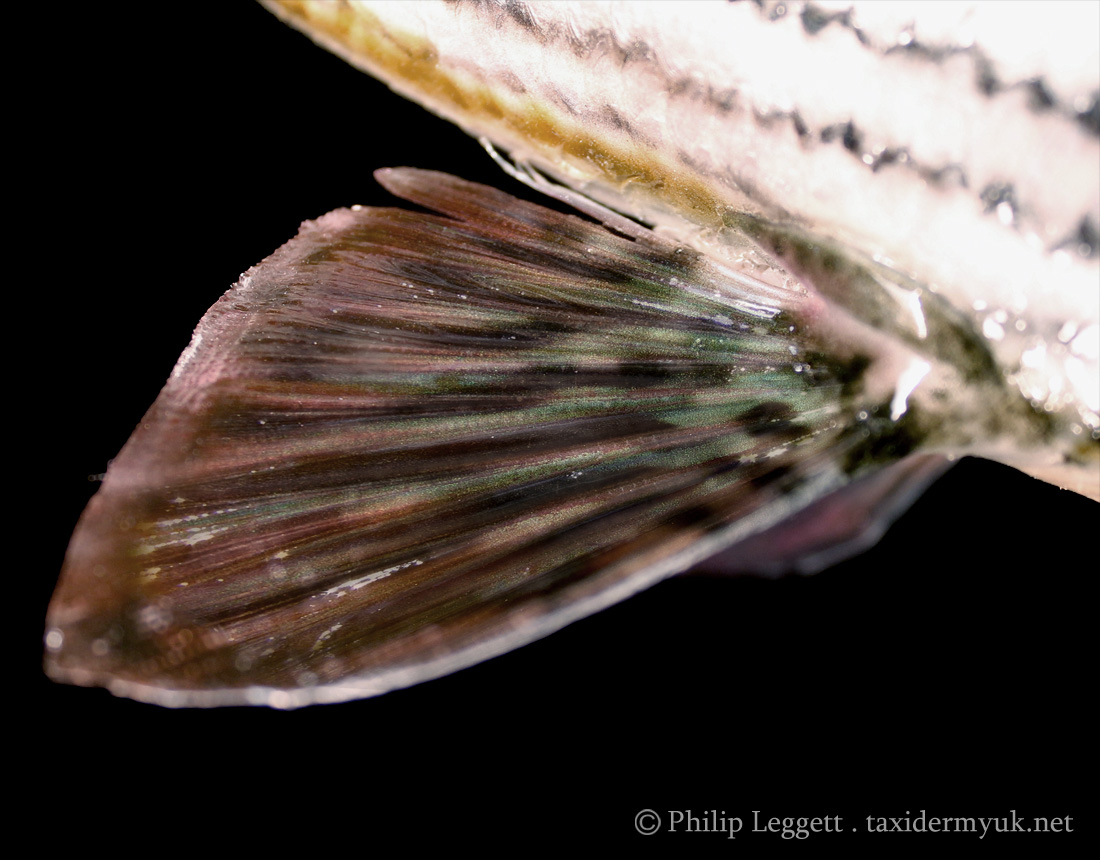 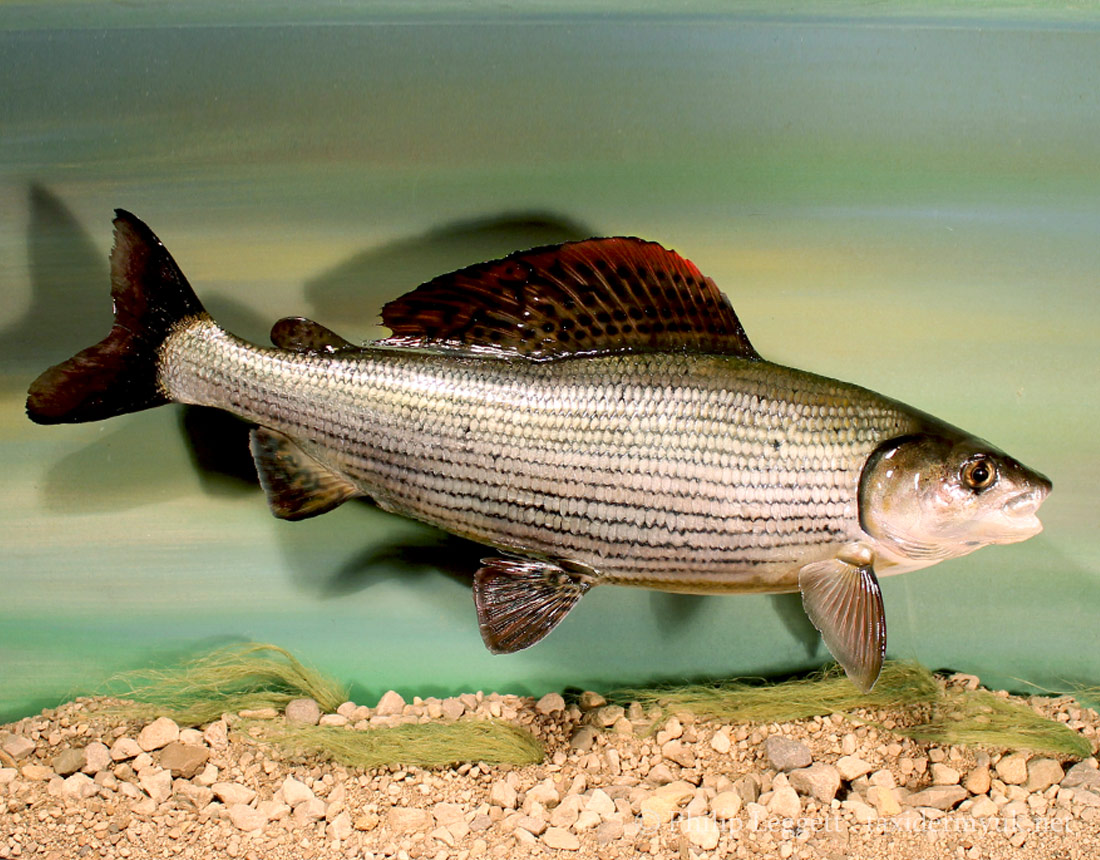 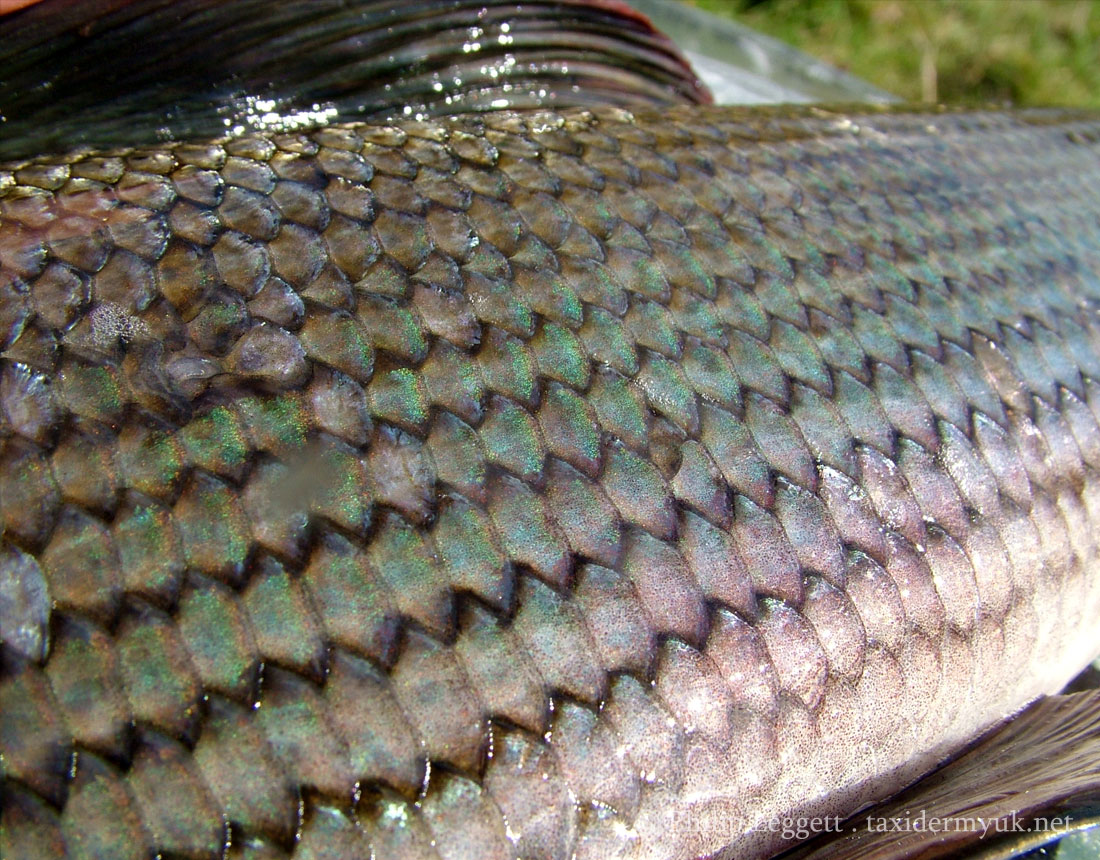 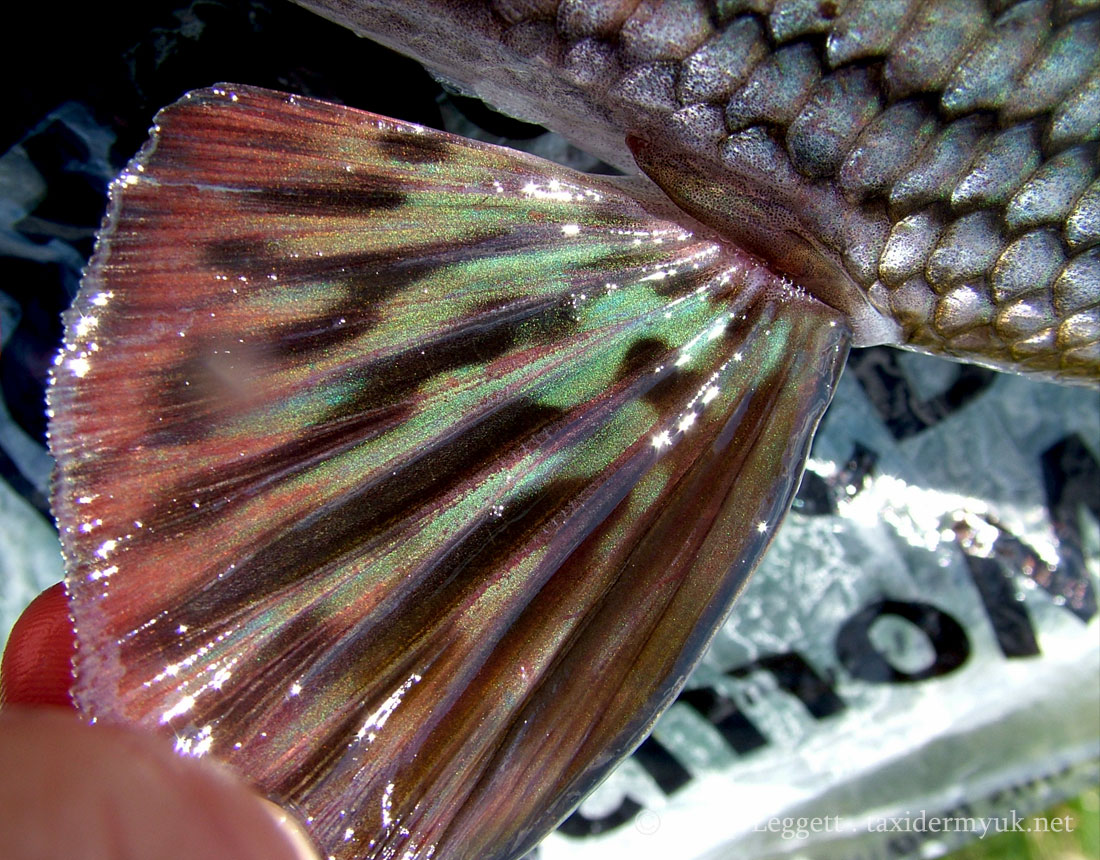 The Grayling is a truly beautiful little game fish of our cleaner rivers (in the UK they seldom exceed 4lbs). They are sometimes called the “lady of the stream”, which is slightly ironic, considering it is the male fish which is the more flamboyant of the two, having a much larger dorsal fin and more vivid colouration. The presence of an adipose fin (between the dorsal and caudal fin) shows that Grayling are a member of the trout family (salmonids), which makes them a true game fish. Inhabiting mainly clear fast flowing rivers and streams throughout the UK, they are popular with the purist fly fishing game angler, as their size belies the fight in them when hooked, and they invariably give a good account of themselves all the way to the net.

Further reading on the Grayling can be found at http://www.graylingsociety.net/

This Grayling was caught in a chalk stream in the south of England; it weighed around 3lbs 8oz. This particular fish was not killed to be either mounted or eaten, but died on capture, despite efforts to revive and return it to the water.

The client is a Grayling aficionado and decided to have the fish mounted, rather than dispose of it.  He specifically wanted a skin mount (not a cast or reproduction) and was exacting in his requirements for the mount. The specification called for absolute anatomical and colour accuracy to a high level of detail. He provided us with a number of highly detailed close up reference photos and a written specification for the mount. Two of the reference photos are at the bottom of the photo section (right) showing a pectoral fin and the scale detail on the side of the fish.

As the reference photos show, the colouration and toning on a grayling are incredibly subtle and required the delicate application of many fine colour tones layers over the individually painted scales.  The completed skin mount (unlike a cast) needs to be put in a case of some description, as the fins on a skin mount are incredibly delicate. We put this Grayling in a traditional bow fronted case, which we design and build ourselves entirely in our studio from scratch. Our bow front cases are built to our own unique specification and design, though they are now being copied elsewhere. The habitat work is minimal but specifically made to accurately represent the natural bed of a chalk stream and the back of the case is a simple blend of light tones.

This case is shown incomplete…the bowed glass, gold lettering and beading are not shown.
This mount consists of the following components: