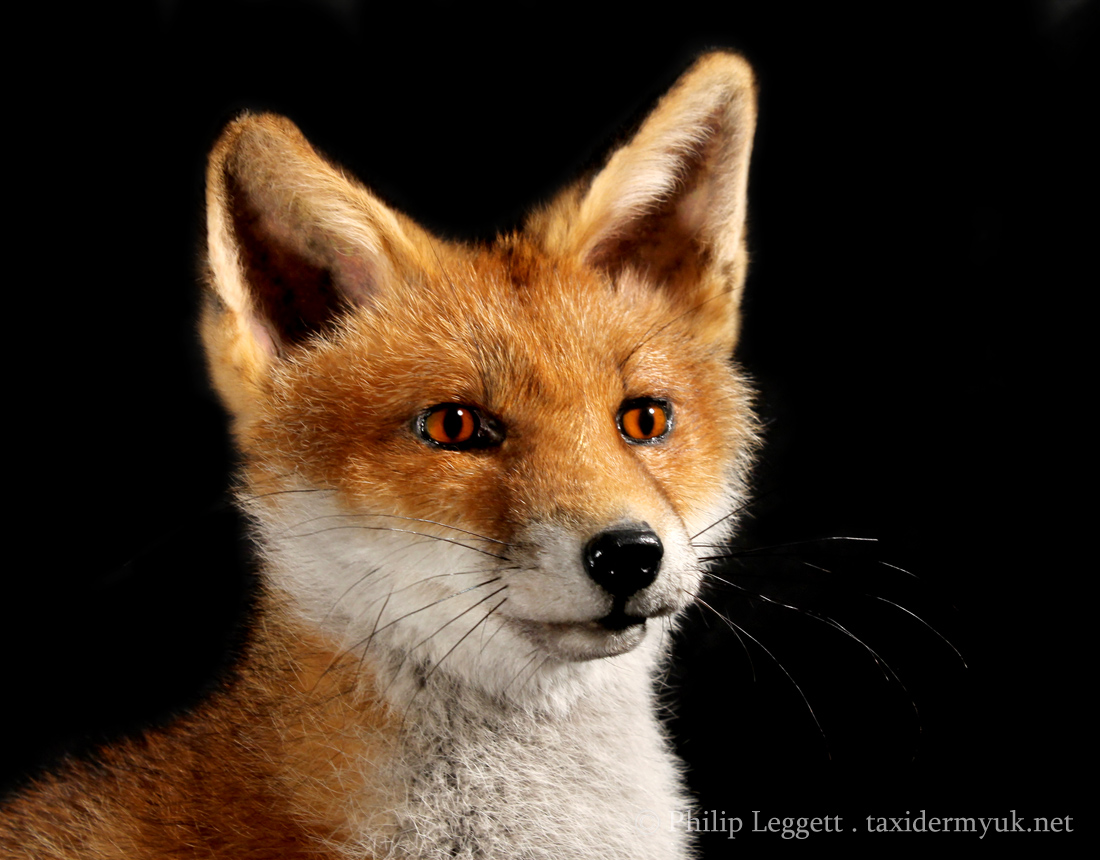 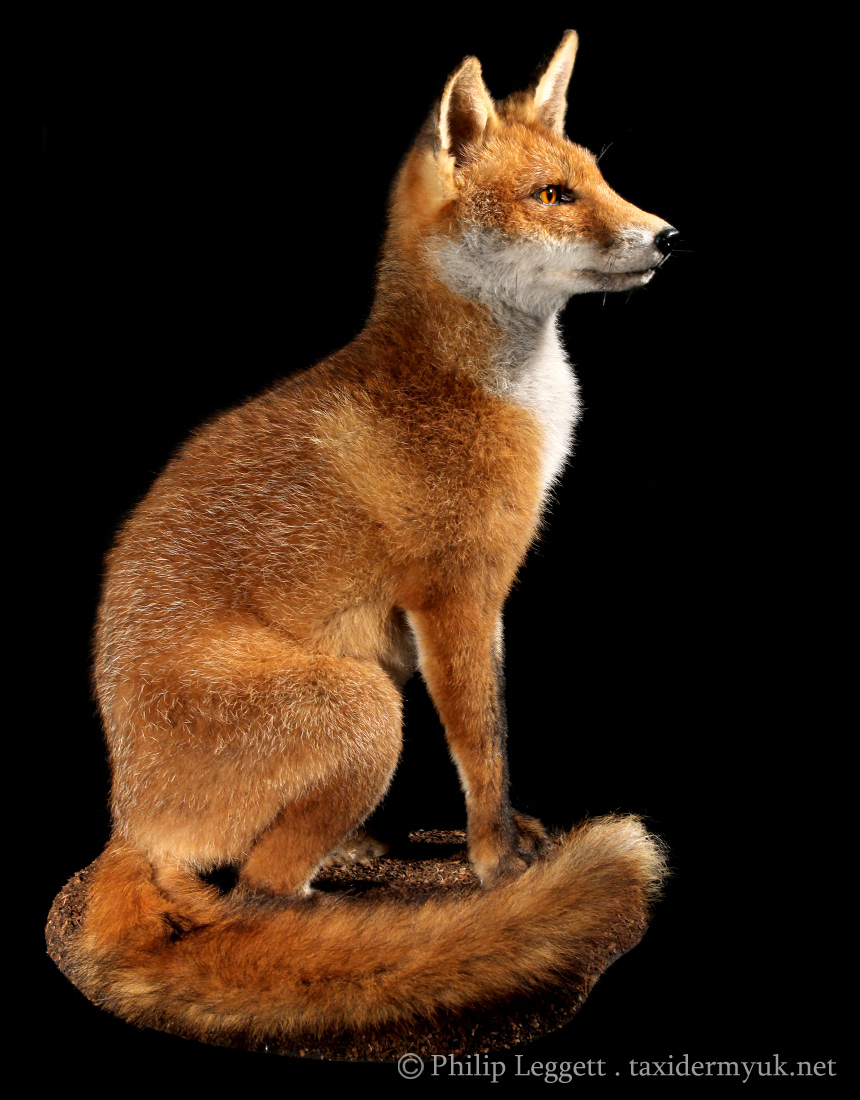 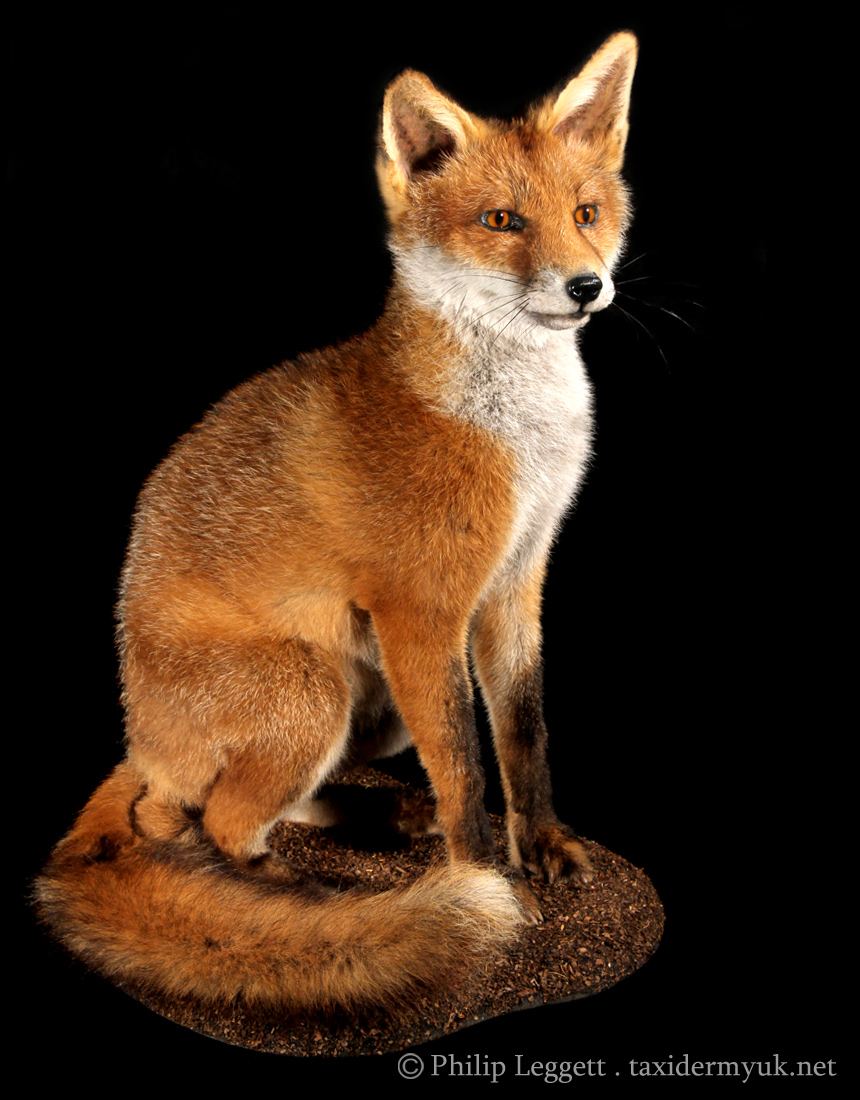 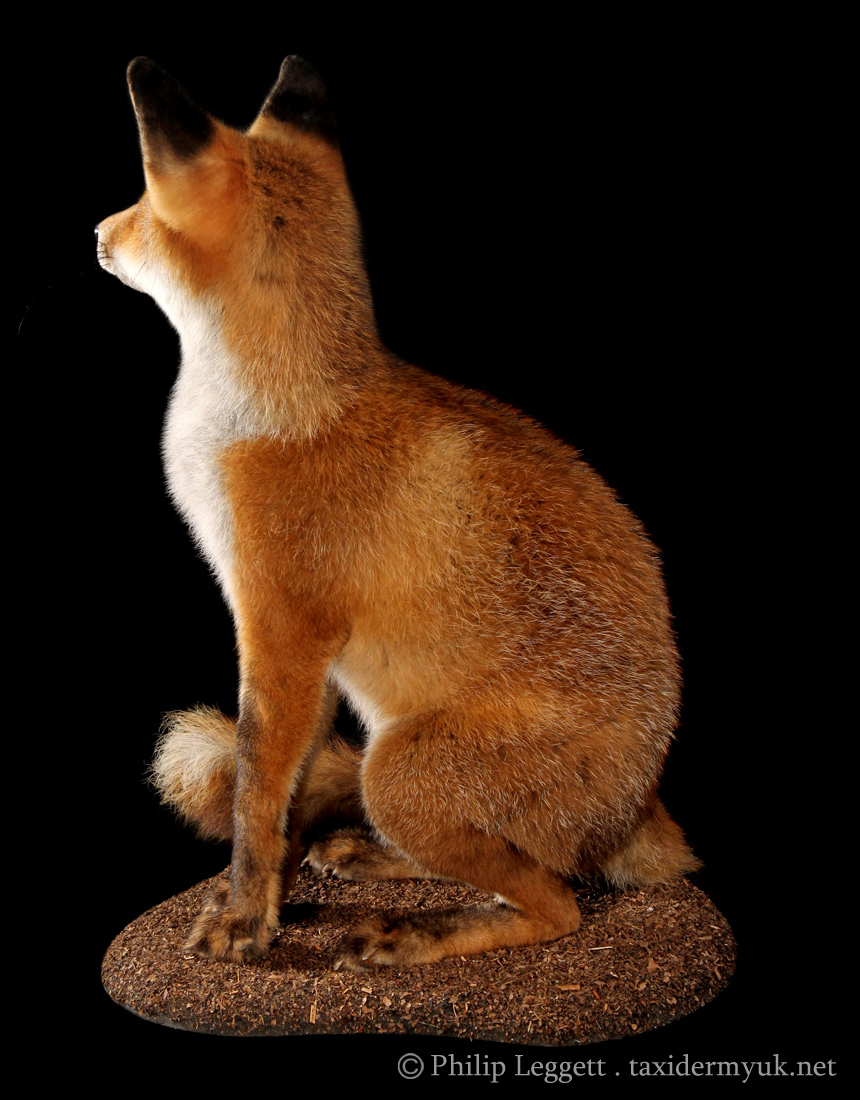 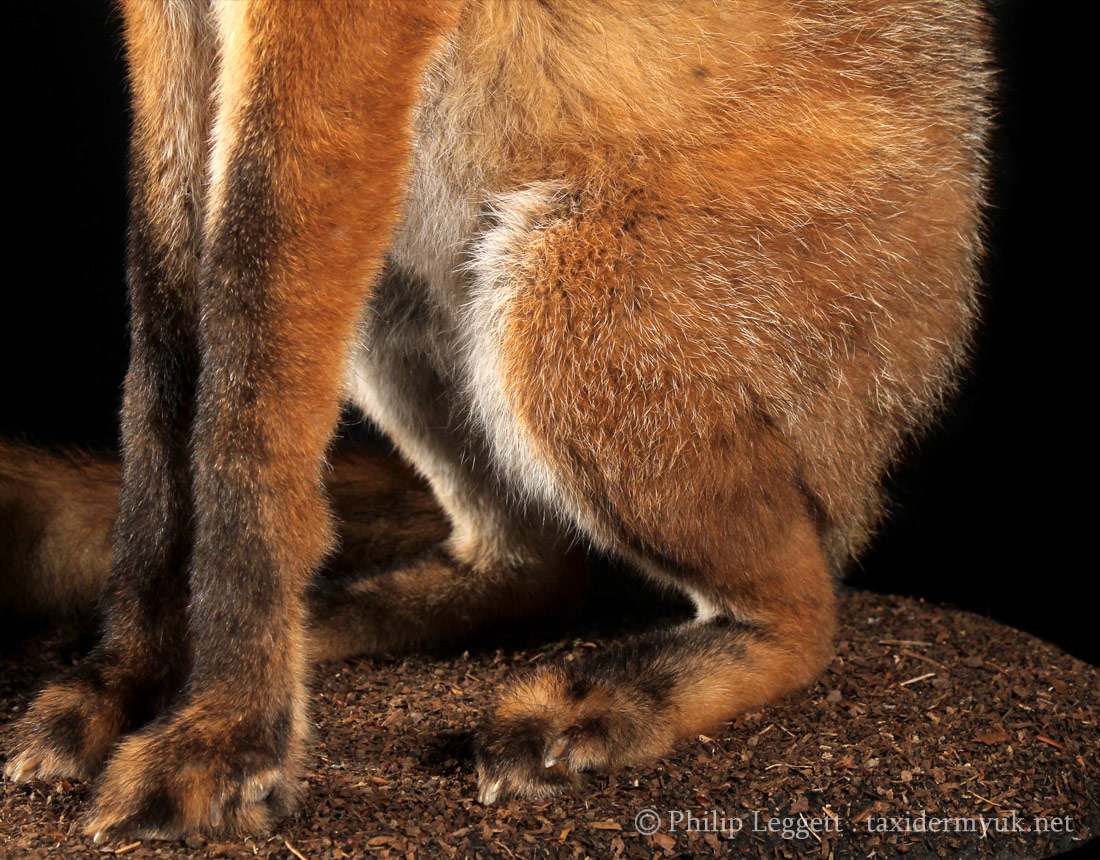 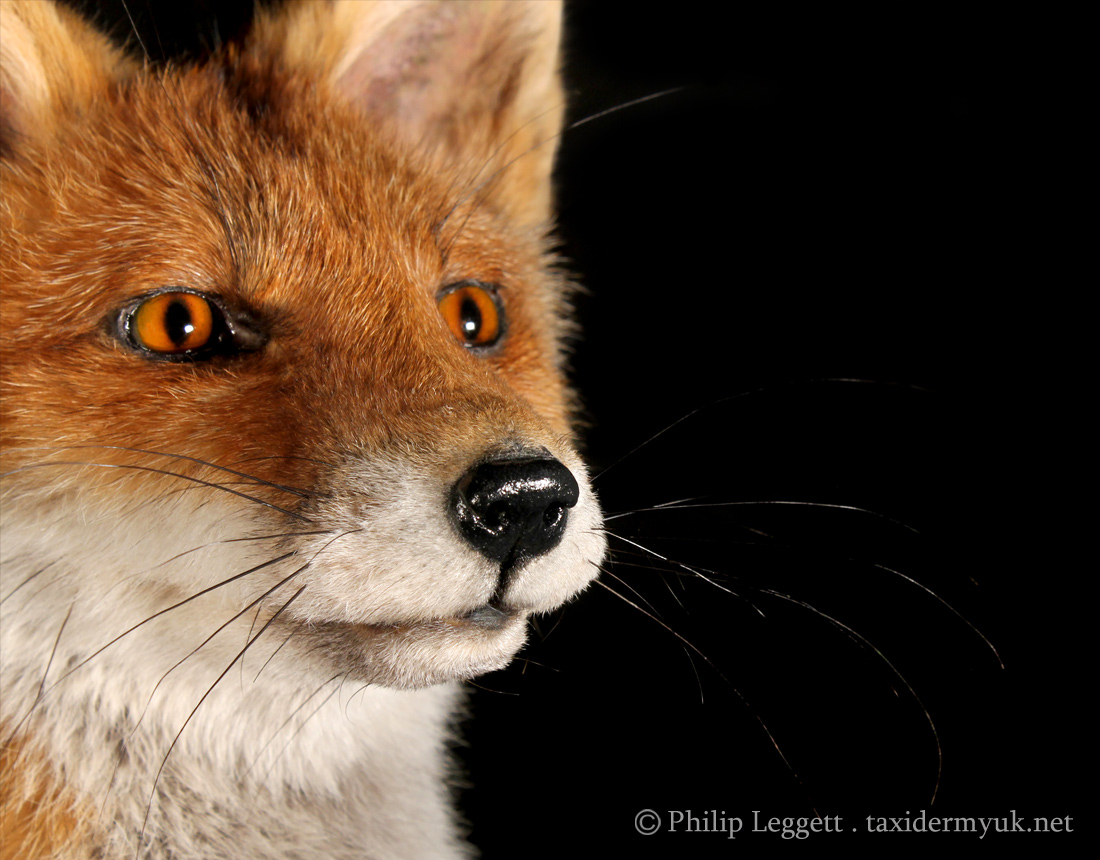 This Fox Cub (a young vixen) came to us from a London suburb, after being picked up off a road by our client. The fox was around 12 to 14 weeks old and had been struck by a car, the leading cause of mortality in urban foxes, few live longer than a couple of years. The client wanted her to be modelled in a relaxed sat down position, mouth closed on a very simple unadorned base.

Road caualty animals are a regular part of our work these days and people who have never even considered taxidermy will contact us to discuss having an animal or bird that they have found mounted. Others will offer specimens to us which they have found but do not want doing for themselves. The important thing when finding any animal is to make sure it is fresh, and then get it deep frozen immediatley, to prevent it going off and being unfit to mount.  This gives time to decide what to do and takes away the pressure to act instantly and perhaps make a bad choice.

N.B.  When considering having a  fox mounted, we would not usually recommend having one done if it has passed away between the months of March and late October. An adult foxes’ coat is at its best in the late winter, as is its general condition. An adult fox in summer is usually scratty, patchy and it is often thin from the struggle of rearing cubs. This, in our opinion, would be a waste of money to have mounted because the result will be unsatisfactory. The exception to this is a young fox or cub as they are growing a new coat and are not in a state of moult.