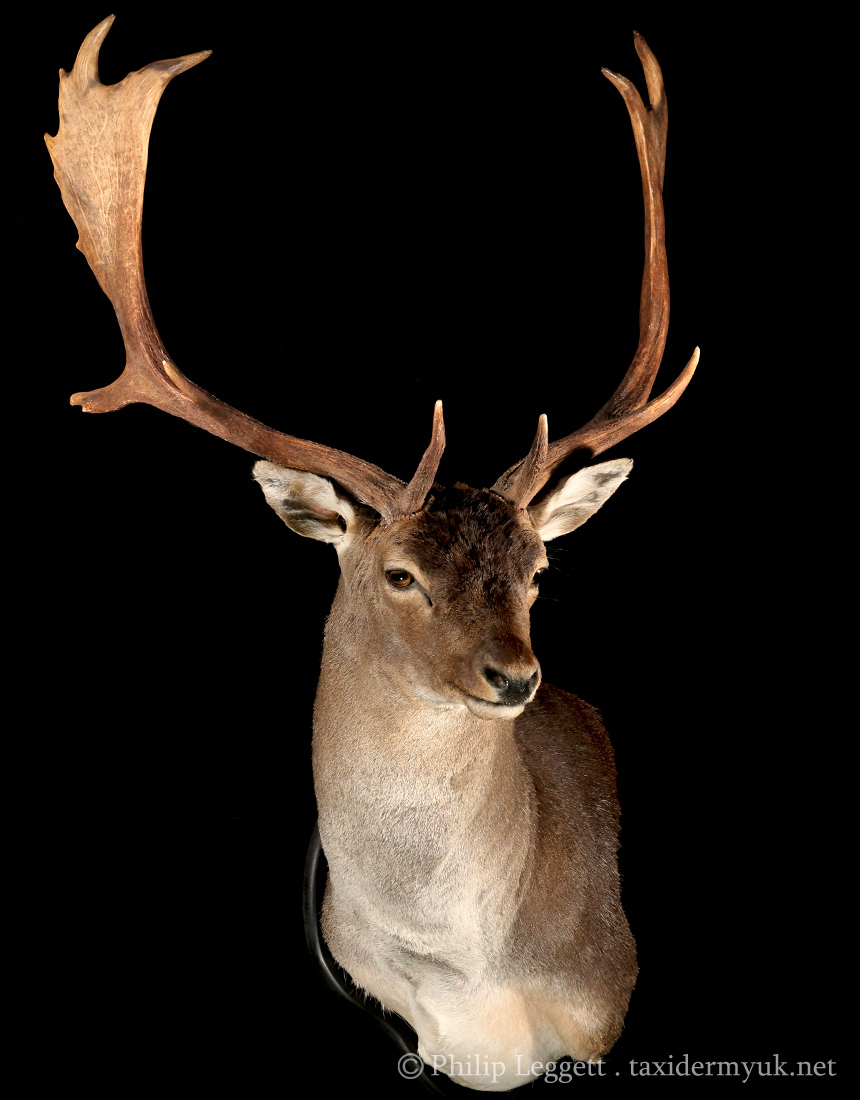 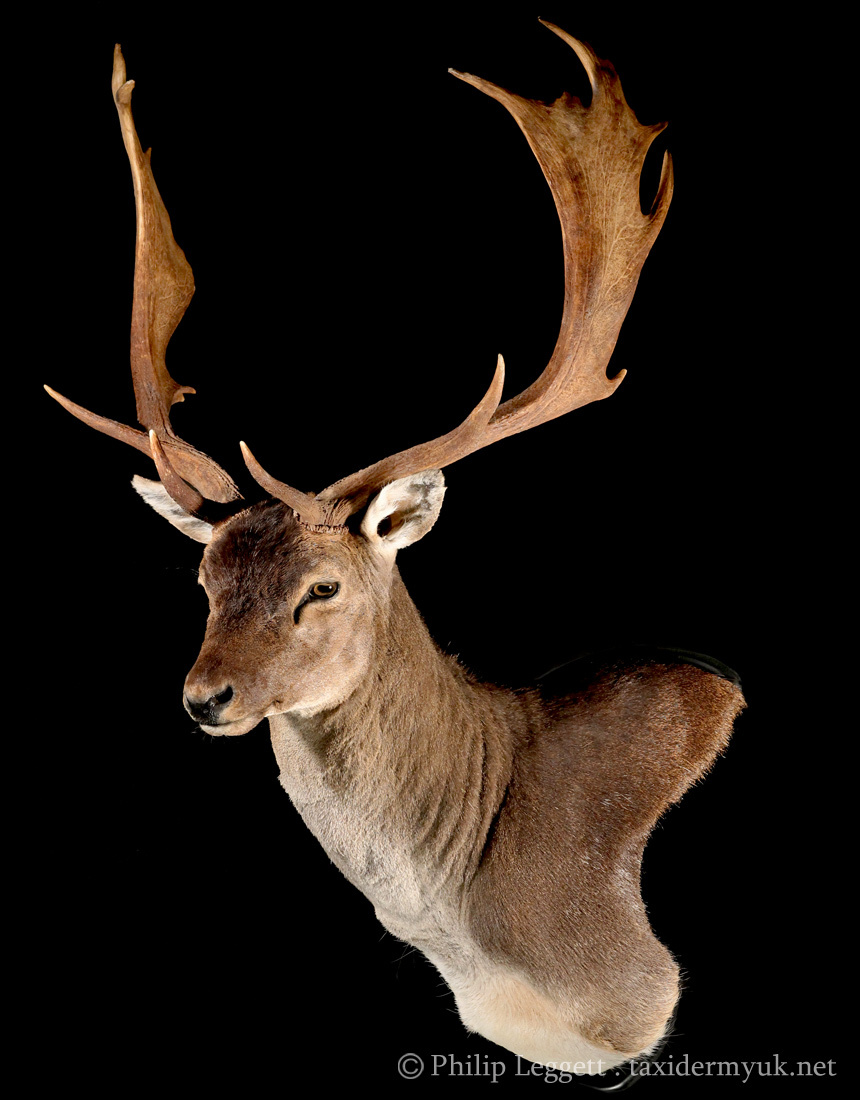 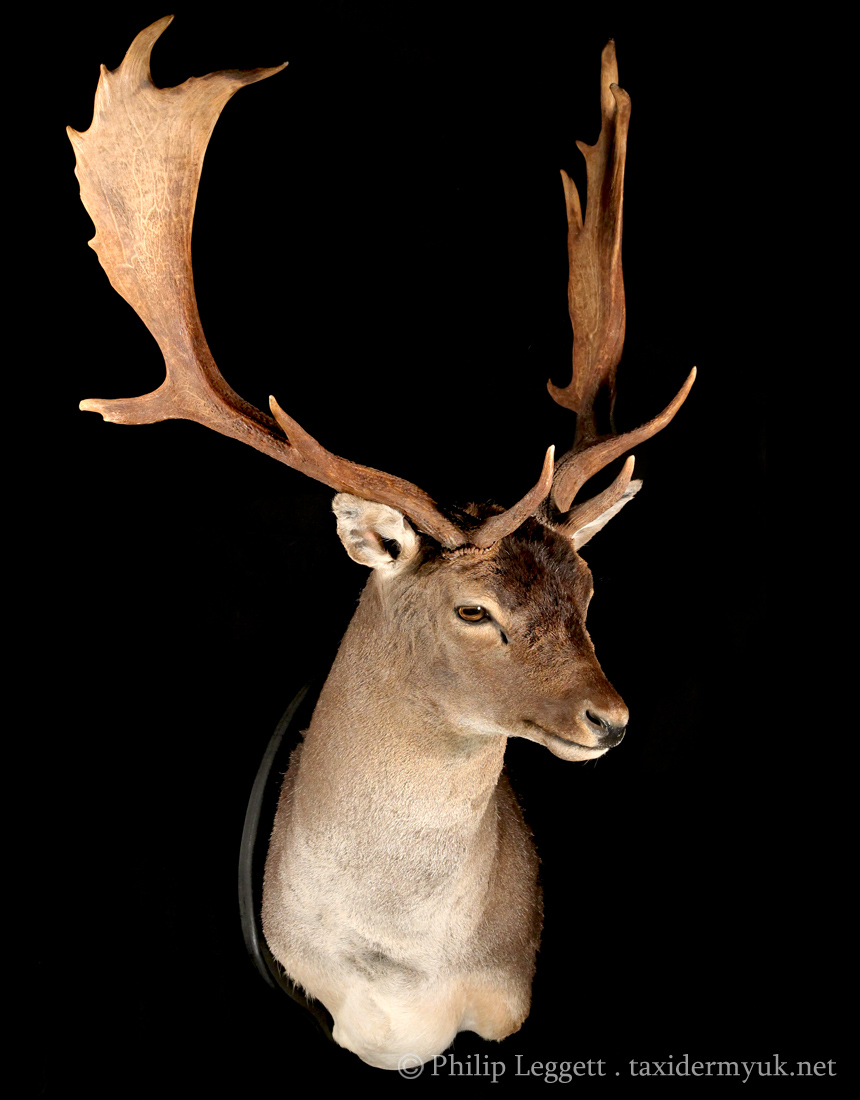 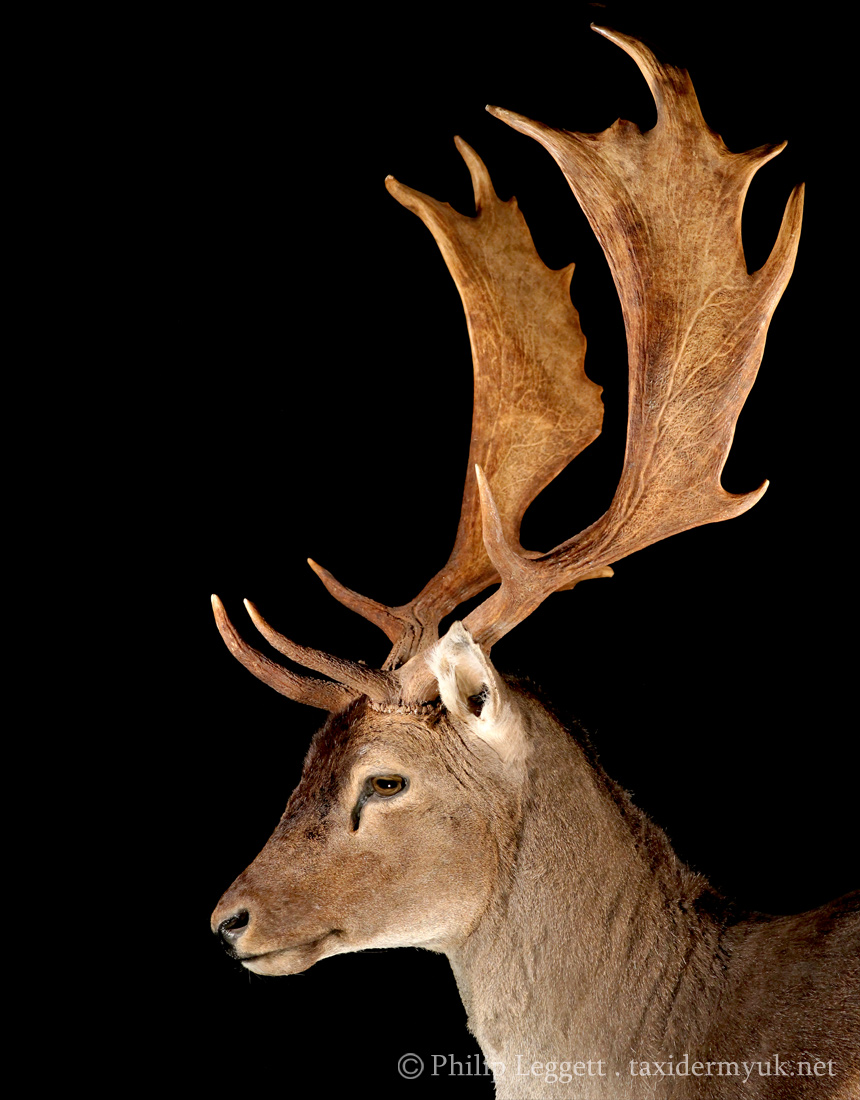 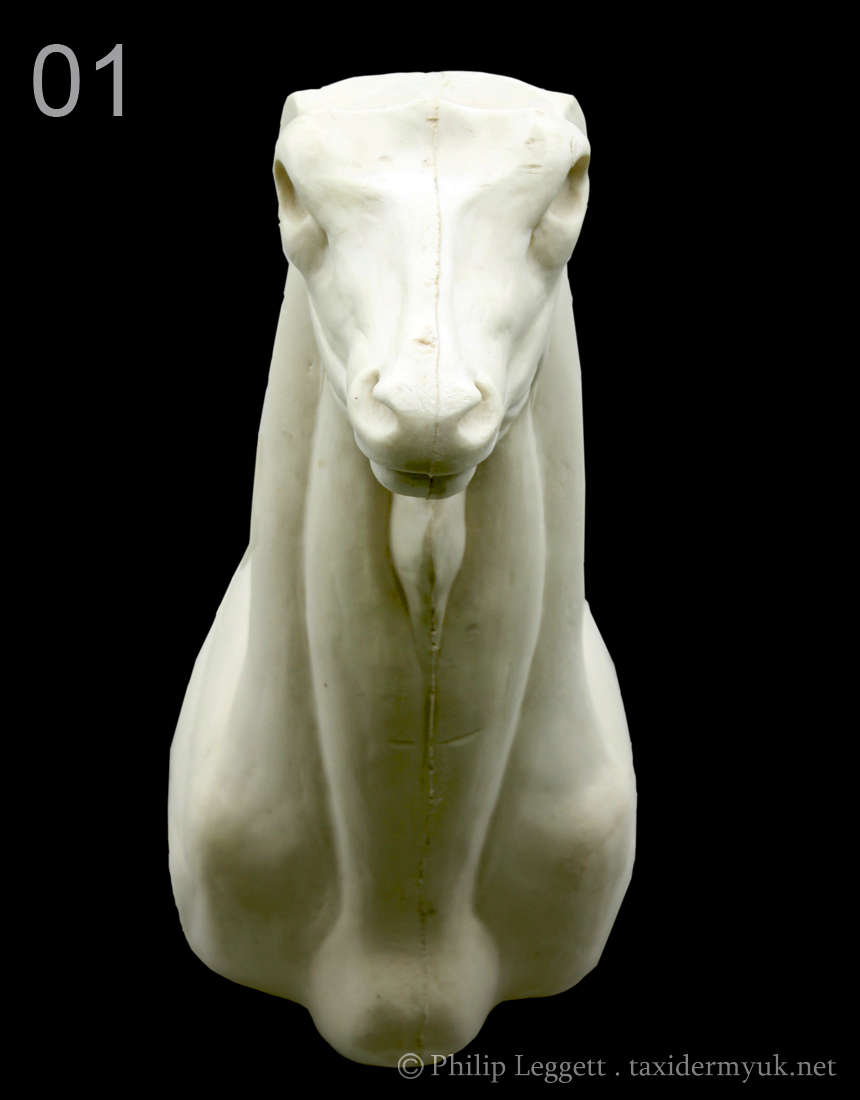 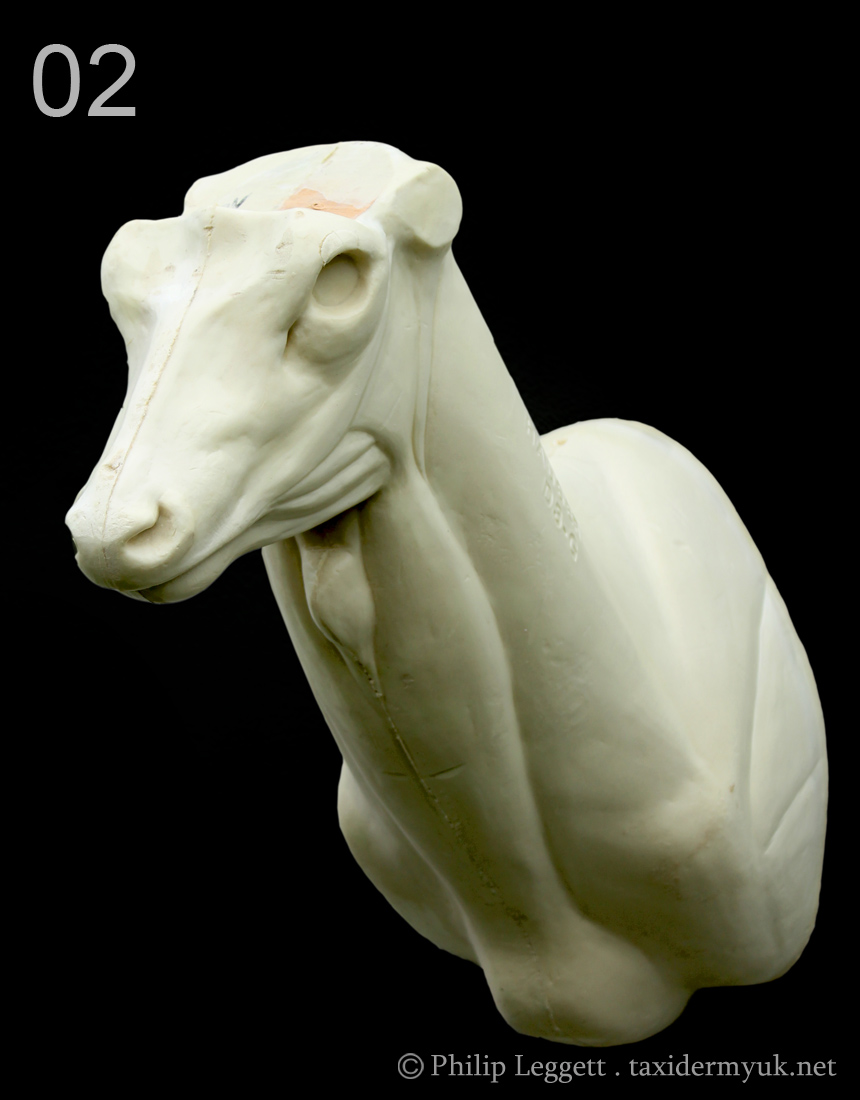 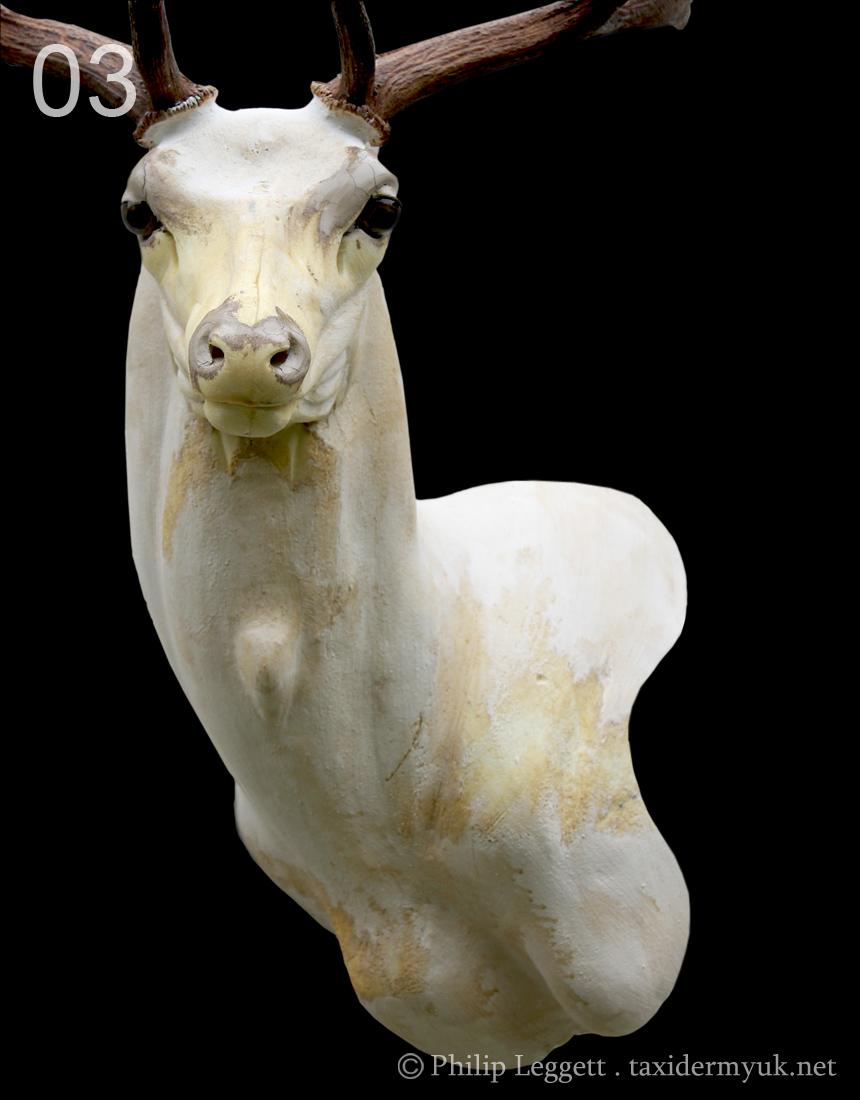 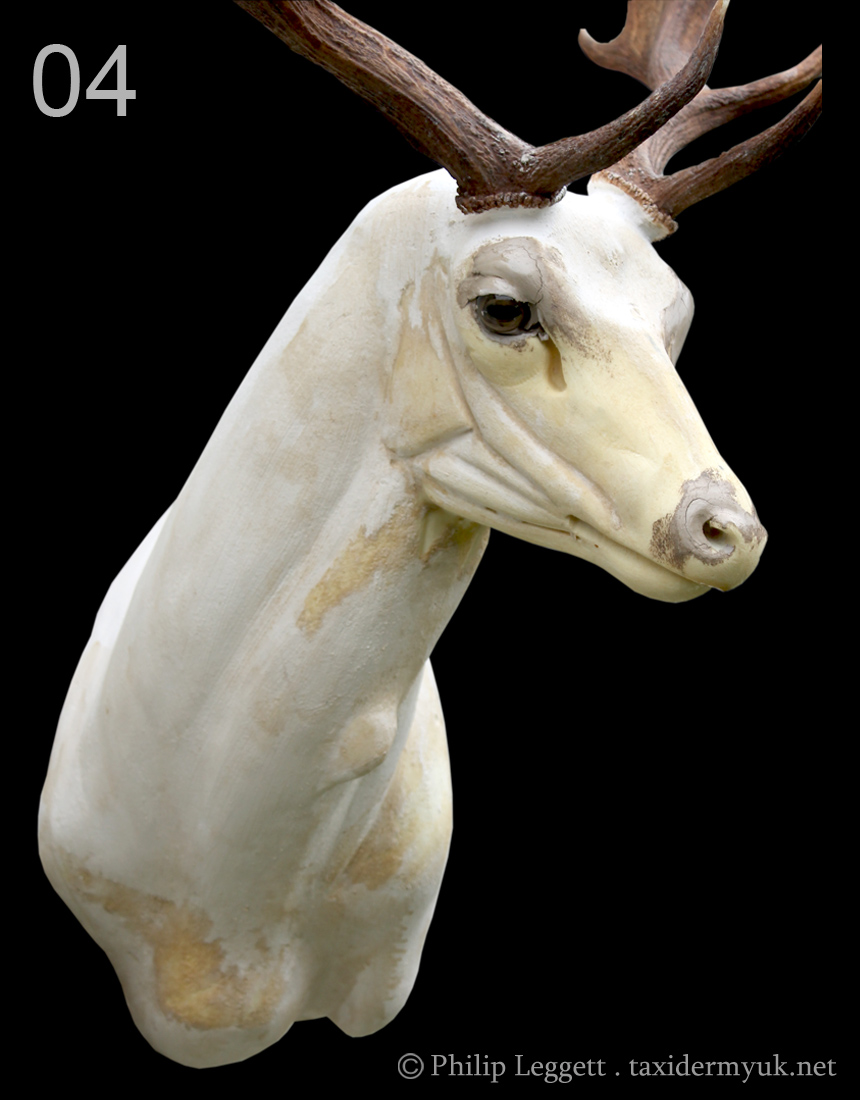 Prior to the last Ice age, Fallow deer became extinct here in the UK and only many thousands of years after the ice retreated did conditions become suitable for their return. There is conjecture about the nature of that return, involving the Romans and latterly the Normans, but in essence, they are now an introduced species brought here from the eastern Mediterranean, where they never died out. They were probably brought here as both a ready supply of venison and for hunting in enclosed parks and chases, from where they have escaped or been released over time. The fallow deer is now fully established as a wild resident in many parts of the UK, though they are certainly more populous in the southern counties where conditions and habitat of deciduous or mixed woodland suit them and the number of estate deer parks is higher.

Their popularity with Estate owners has led to them being selectively bred for traits such as colour, antler size or both in order to produce several distinct colour phases and variants; variously the Common, which is the typical form, the Menil which is a much paler form of the common, the Melanistic, which is a dark phase and goes through a pale chocolate colour to almost black , the Leucistic or white deer which can be completely white (the hair only is effected not the skin tone) and the Albino, which has the pink skin tone as a result of a total lack of pigmented cells. There is also a long haired fallow deer species known to frequent Shropshire.

A large female Fallow (doe) can weigh upwards of 60 kg (130 lbs) with a mature buck over 100 kg (220 lbs). Mature master bucks are a very impressive sight in the Rut around September/October. They can form very large herds, into the hundreds and the burgeoning population in the UK now requires effective control to protect vulnerable habitats, as they are very destructive of woodland and young trees when unmanaged. Management can be challenging though, as Fallow quickly switch to being almost entirely nocturnal if pressured and are now moving into urban areas, where effective control is next to impossible. This is also causing huge issues with car accidents, as road side grass verges are a favourite grazing choice for urban deer at night.

Fallow deer, both in the wild and in parks, must be managed and large numbers are culled annually by deer managers and stalking interests. Of the thousands culled there are always some older bucks, which need to be removed from the population as part of the wider management plan. It is these older culled bucks which we will see in the studio. We use only the antlers and skin here and the venison from these animals goes into the human food chain, the same as any other culled deer.
A mature master fallow buck is an impressive animal, especially when in the Rut, as the neck swells to accommodate the huge muscles needed for the violent fights that can occur between the large master bucks as they battle for the right to mate with the does.

The story of fallow is an intriguing one and you can find out more at these links:

Dama: The Deer that Walked the World

The magnificent buck in these images is a wild one, taken in Southern Scotland in the borders near Lockerbie. Not widely known for quality heads, the area produces some very good quality bucks, both in antler size and body weight. Though not quite a medal head, this is a very nice example of a wild buck. This mount is an offset wall pedestal mount Wild Fallow buck, going to the left looking over its left shoulder at the viewer.