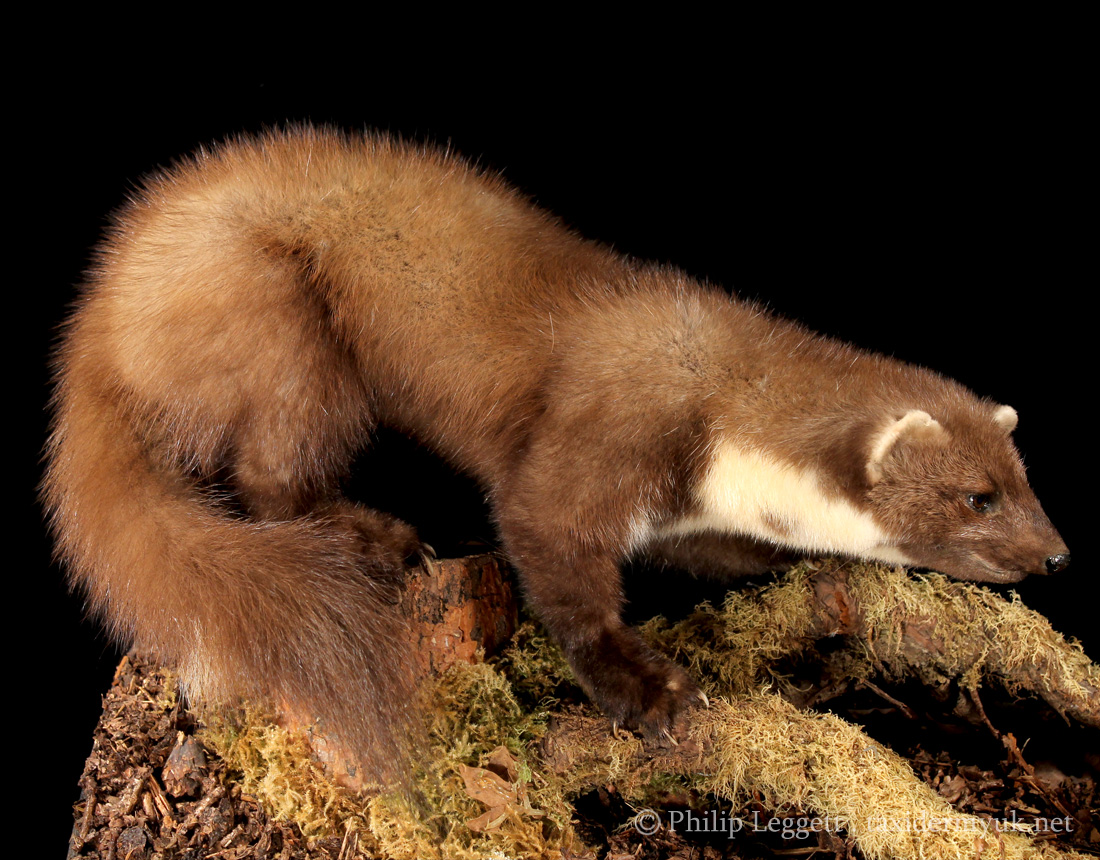 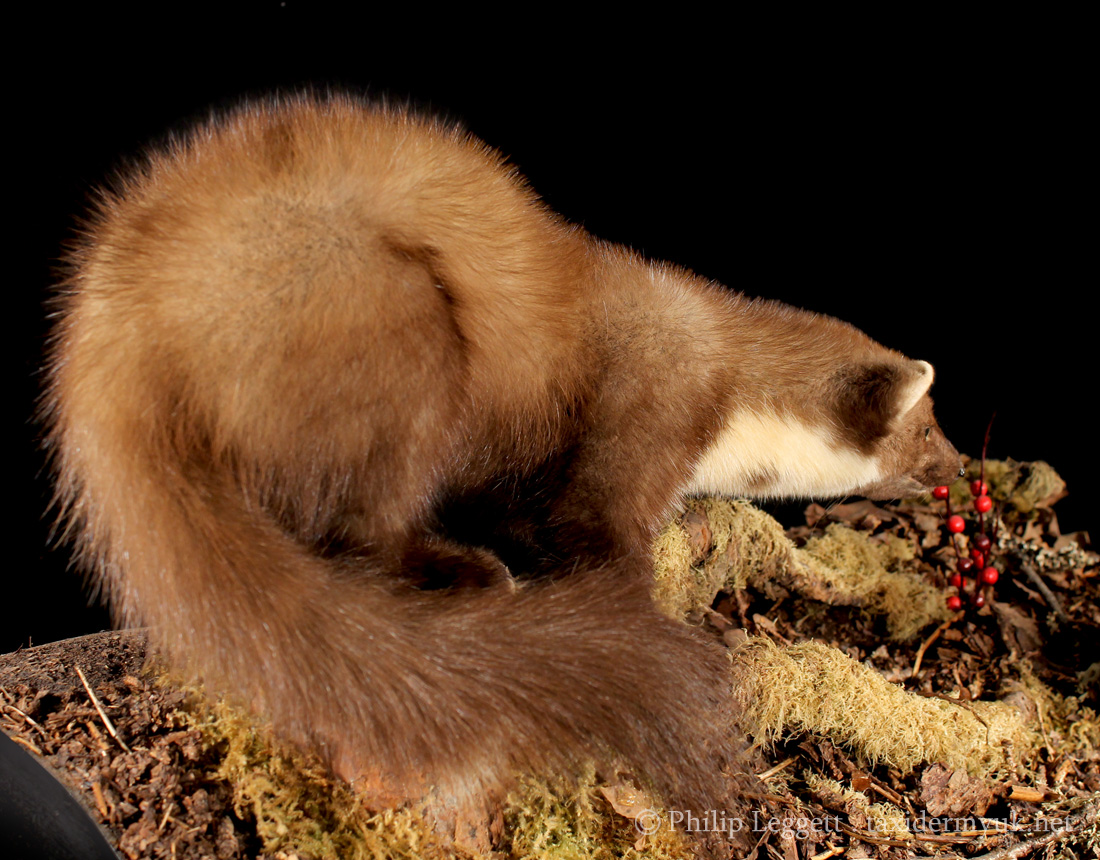 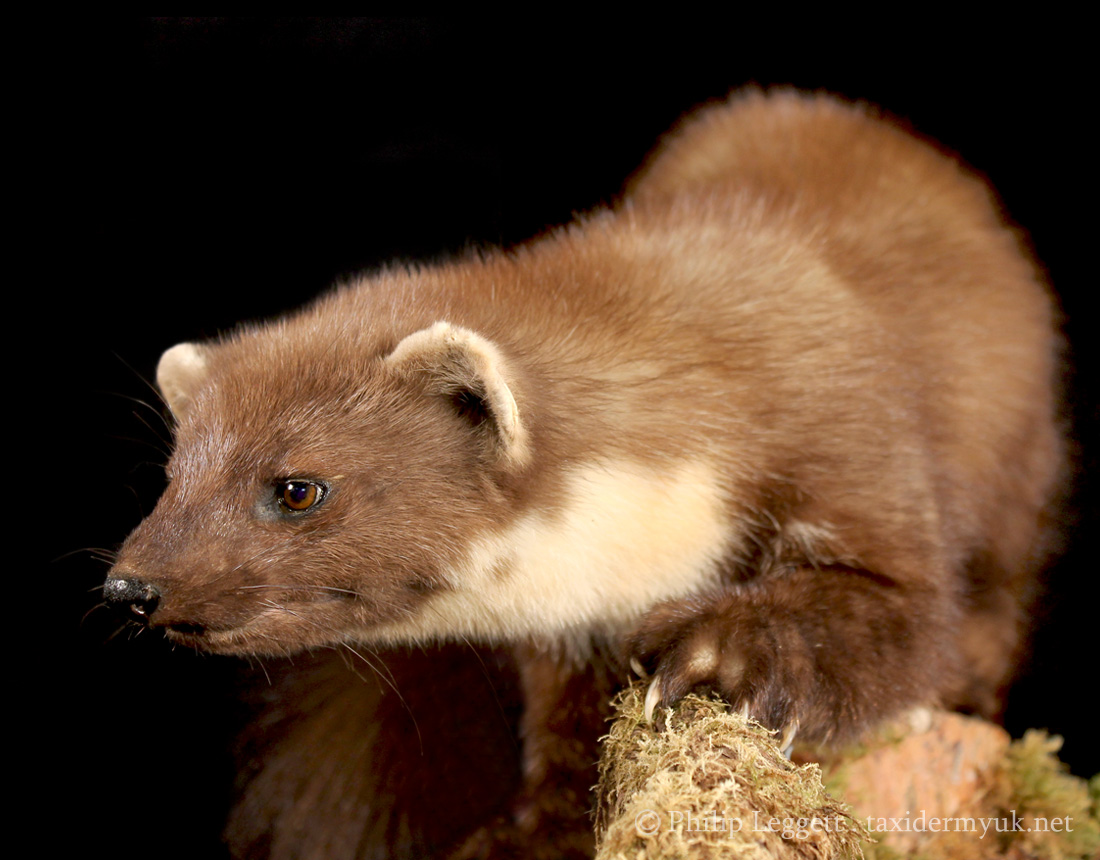 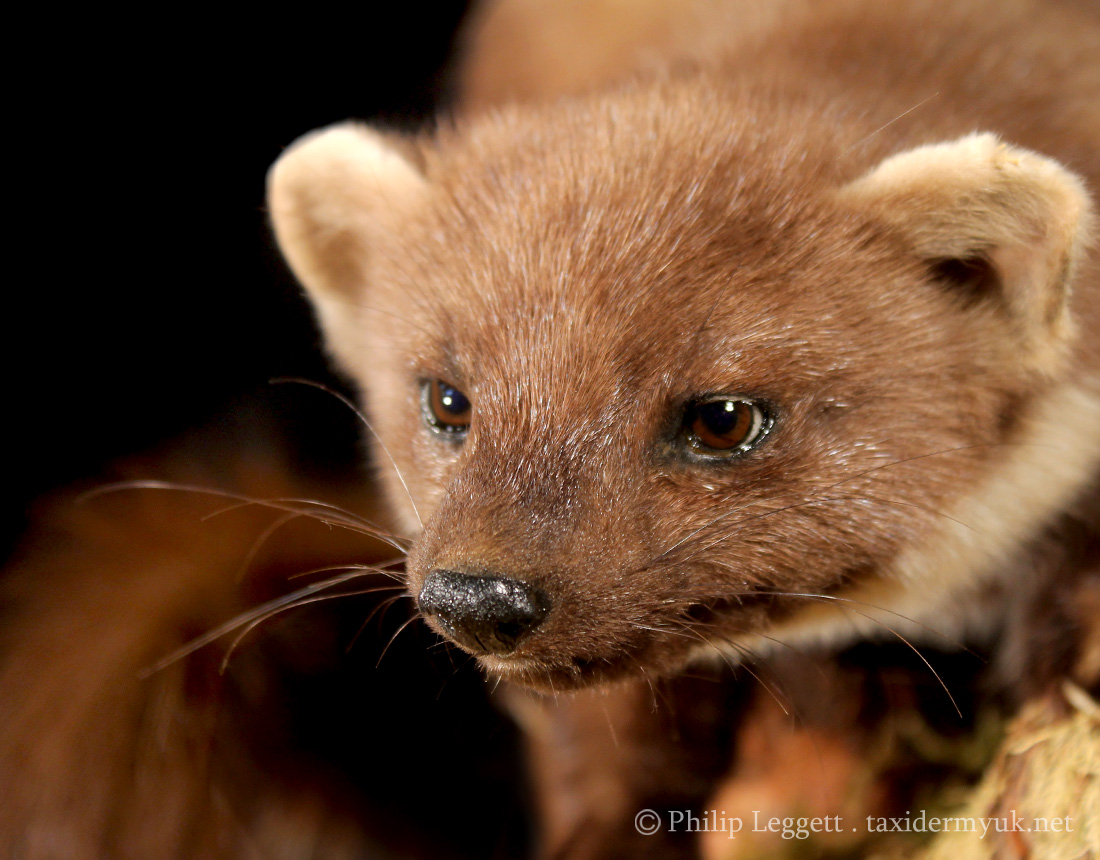 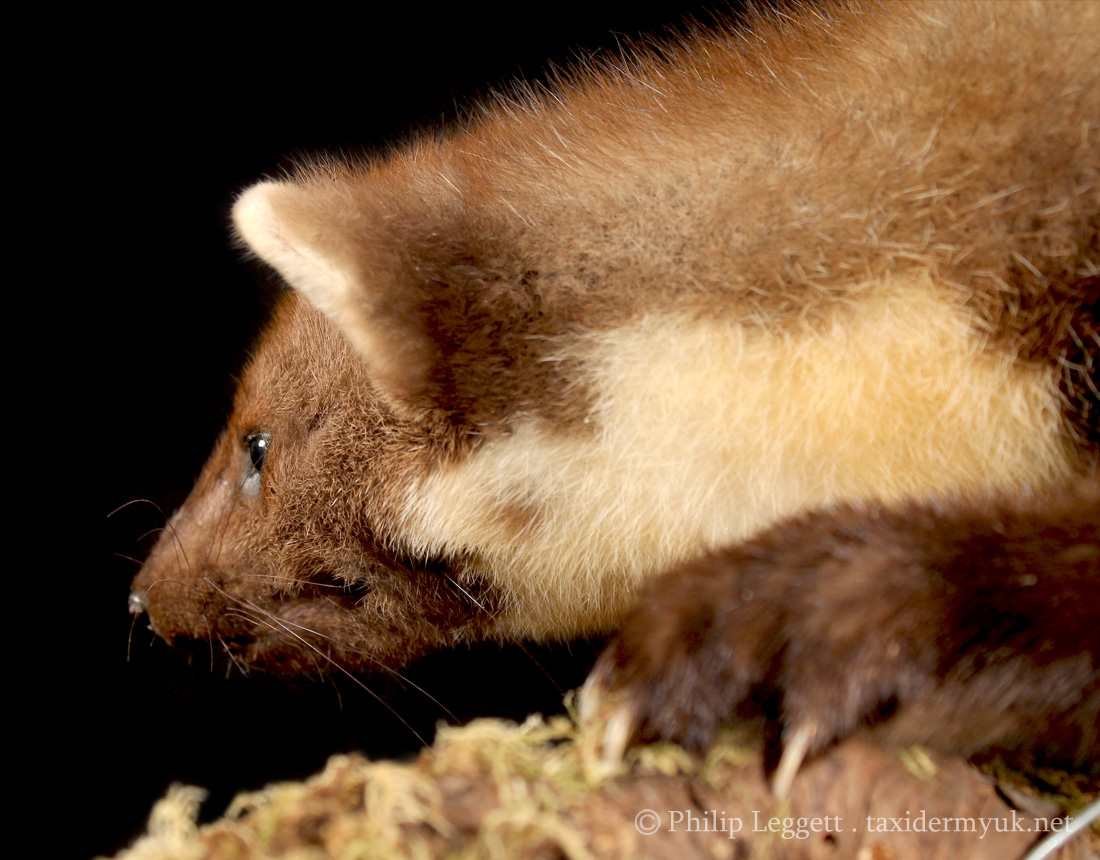 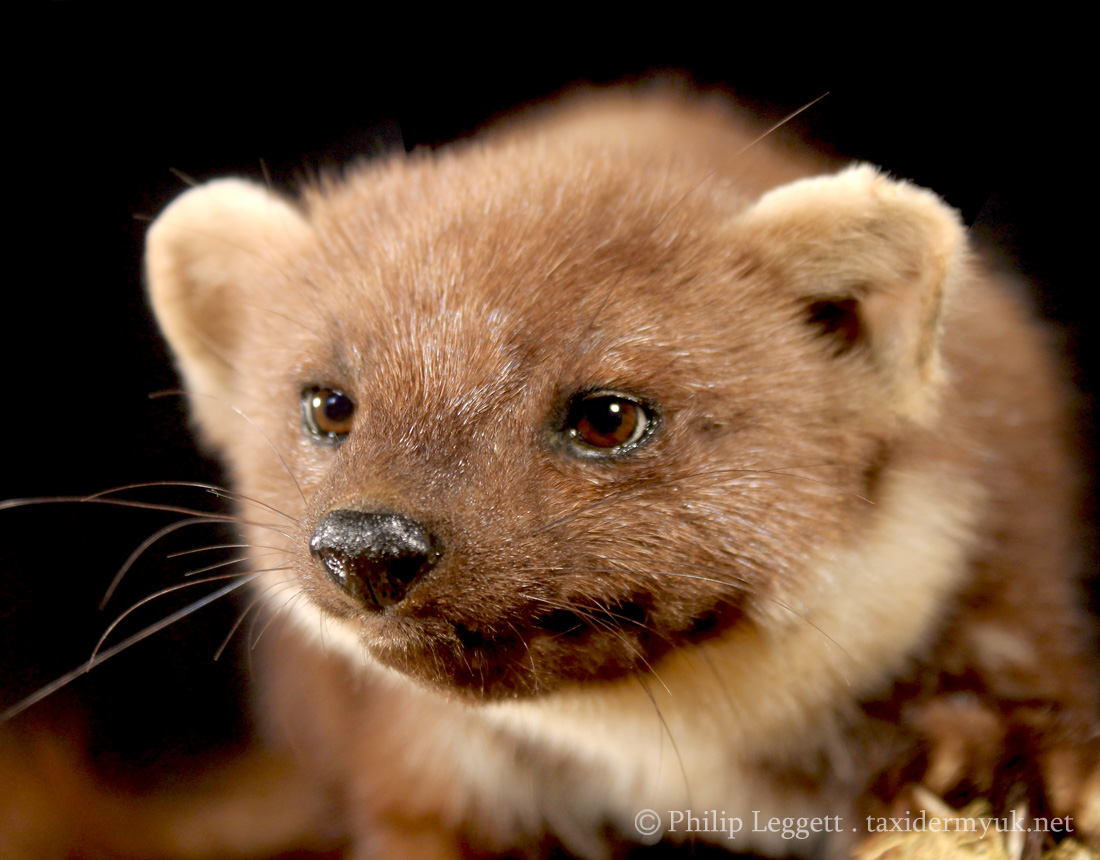 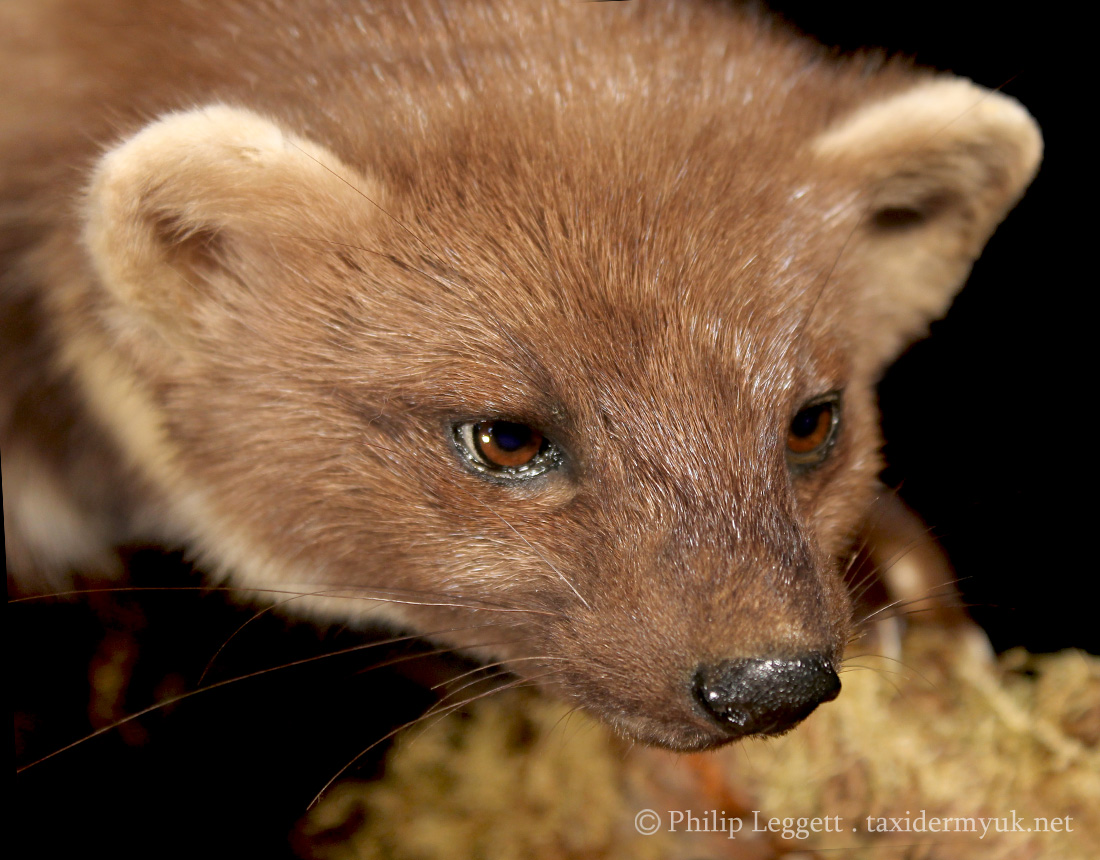 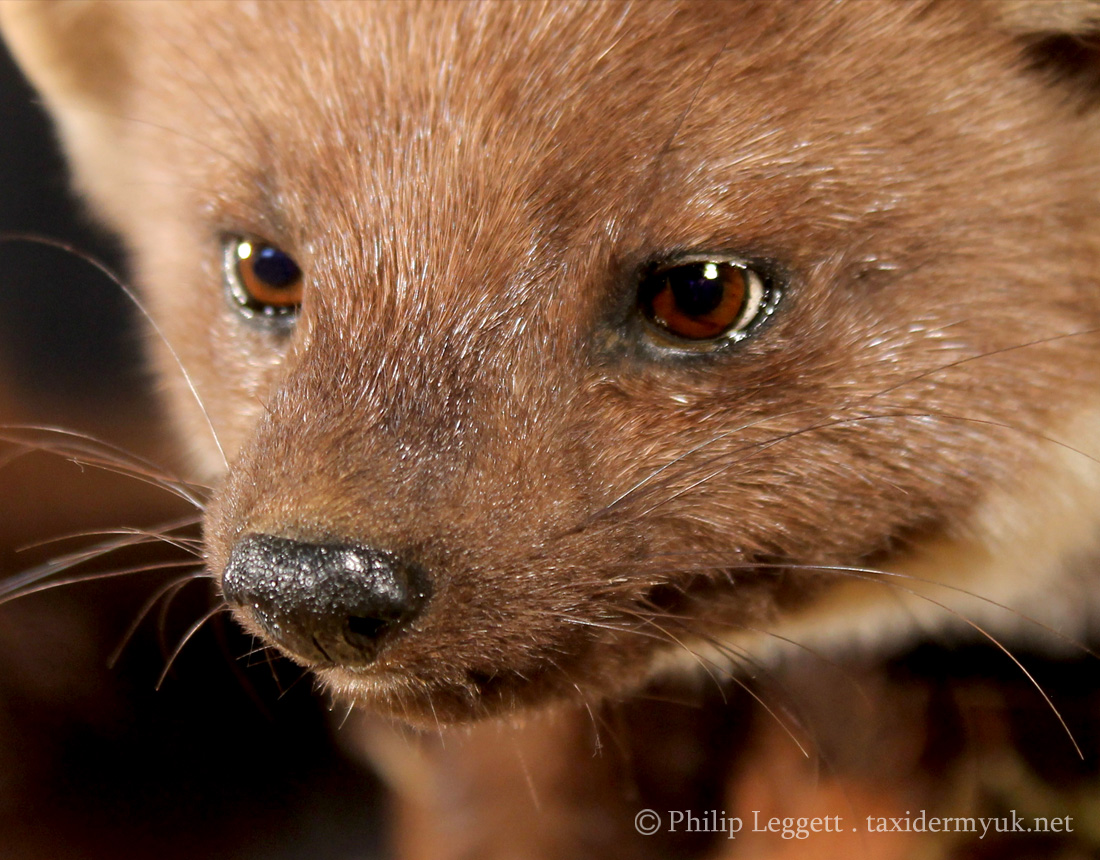 The Pine Marten is a mustelid; they can vary greatly in size according to age and sex (males can get quite large), but average would be the about the size and weight of a domestic cat. They are related to polecats, mink, weasels, stoats and (surprisingly to some) the Badger. They are found relatively commonly throughout the highlands of Scotland, but extend west and south into Dumfries. There are less dense populations elsewhere in the UK and also in Ireland. They are seldom seen as they are nocturnal, elusive and generally avoid contact with humans unless habituated and encouraged with feeding stations.

The Pine Marten is essentially omnivorous, but they are incredibly agile and very fast, making them very capable and efficient predators. So much so that they are even able to catch birds and agile grey squirrels, along with other small mammals such as mice, voles and rabbits. They are also able to exploit a diet of carrion, fruits, insects and worms, basically anything edible. Their ability as predators and their luxuriant fur probably caused their eradication from much of the rest of the UK in the last century, but now, as with other species, there are moves to restore them to former haunts with reintroductions and provision of suitable habitat conditions.
There is more information on Pine martens at the following links…

The Pine Marten is another mammal that understandably we do not see a lot of. In fact, the one on the site here actually came to our studio from an UK Ex-pat living in Central France where it was found as an RTA and brought to us to be mounted. The position chosen for the marten is to portray him poised to strike and concentrating intently on his prey.