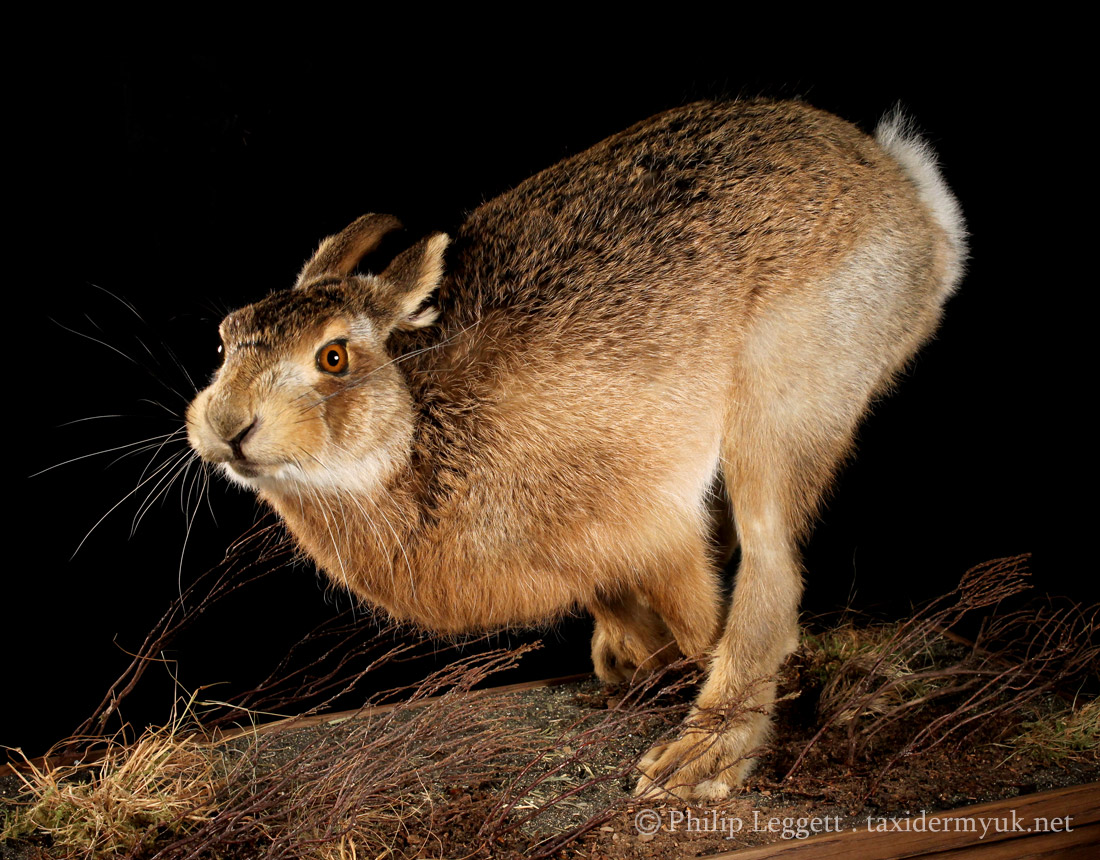 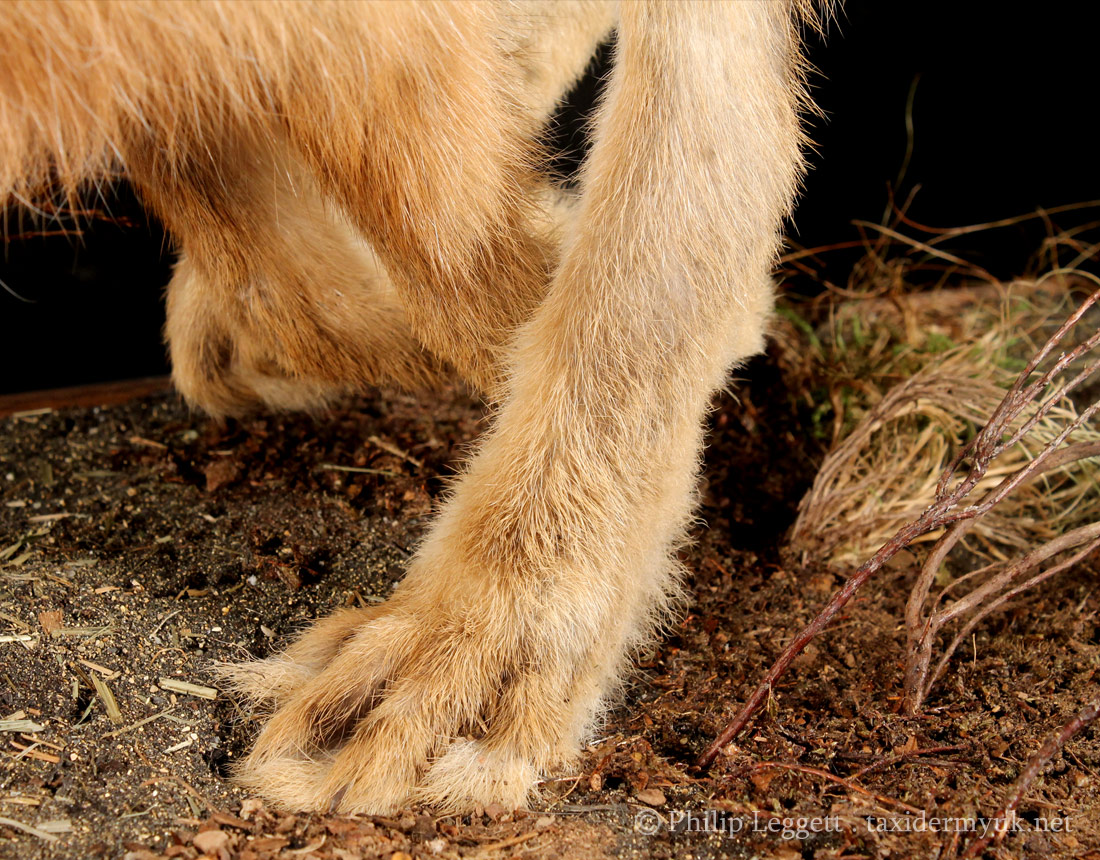 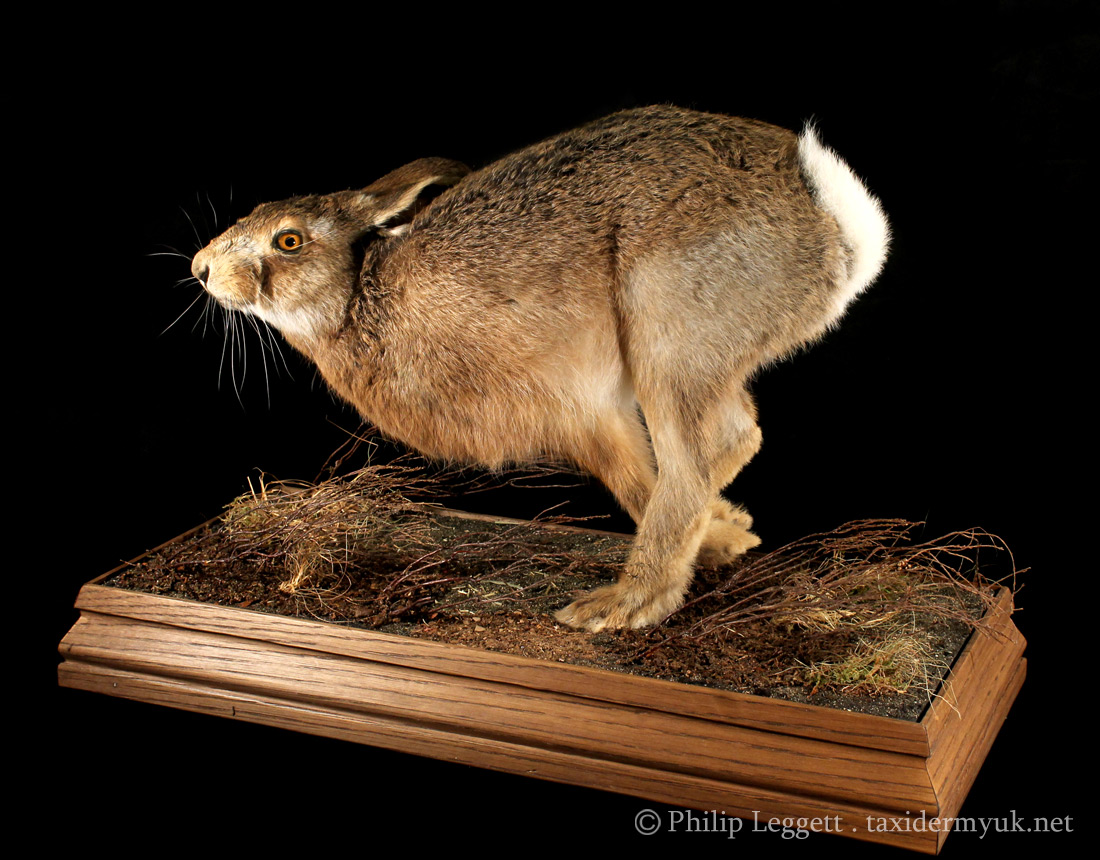 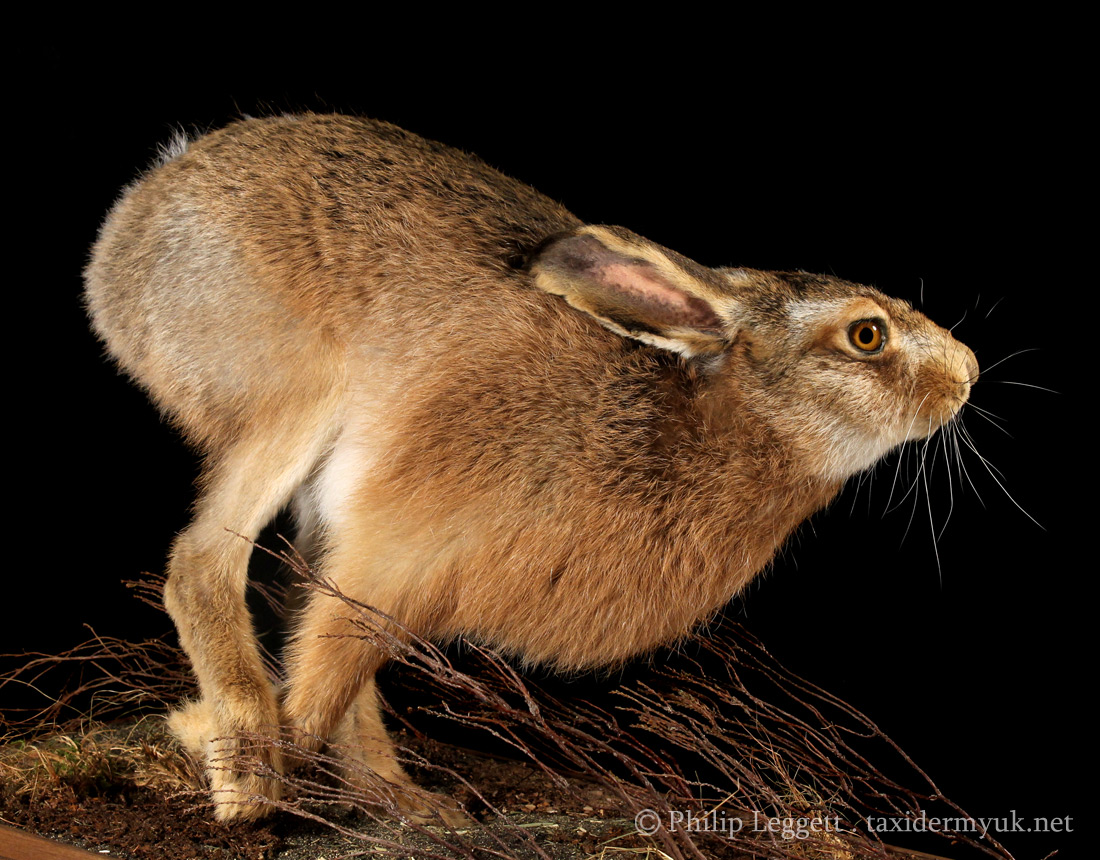 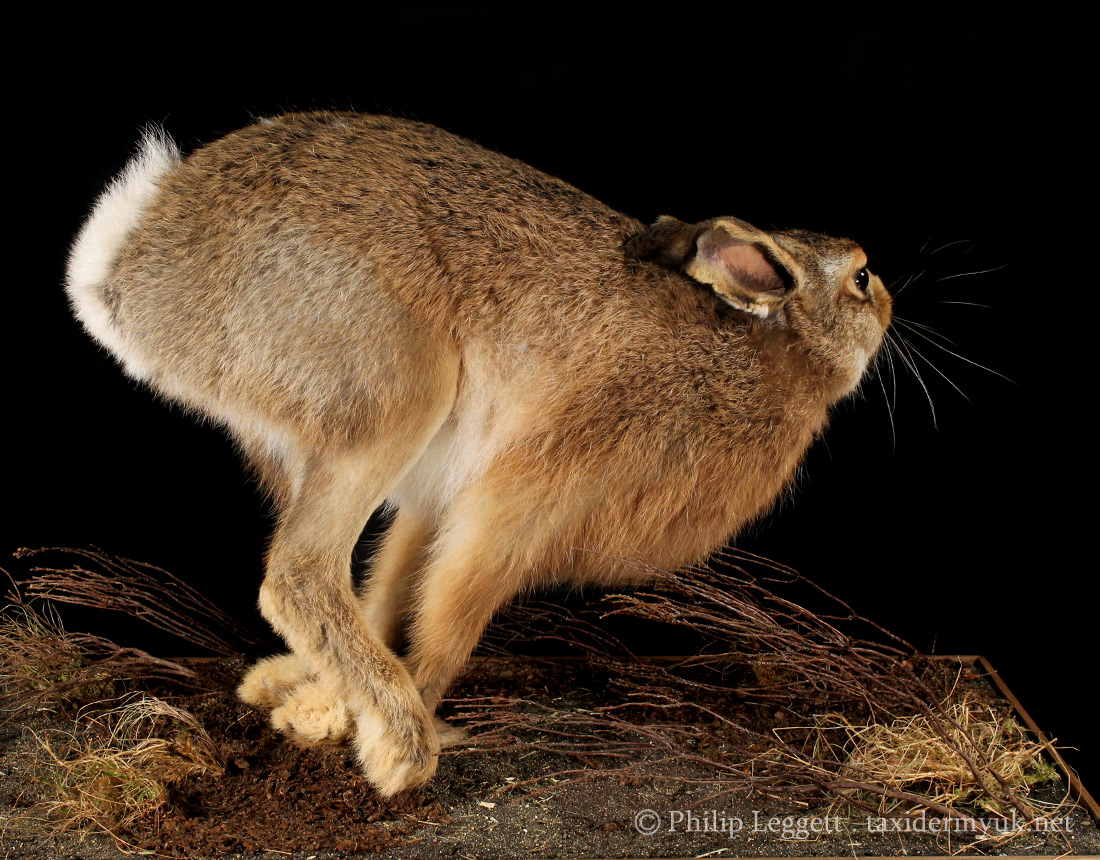 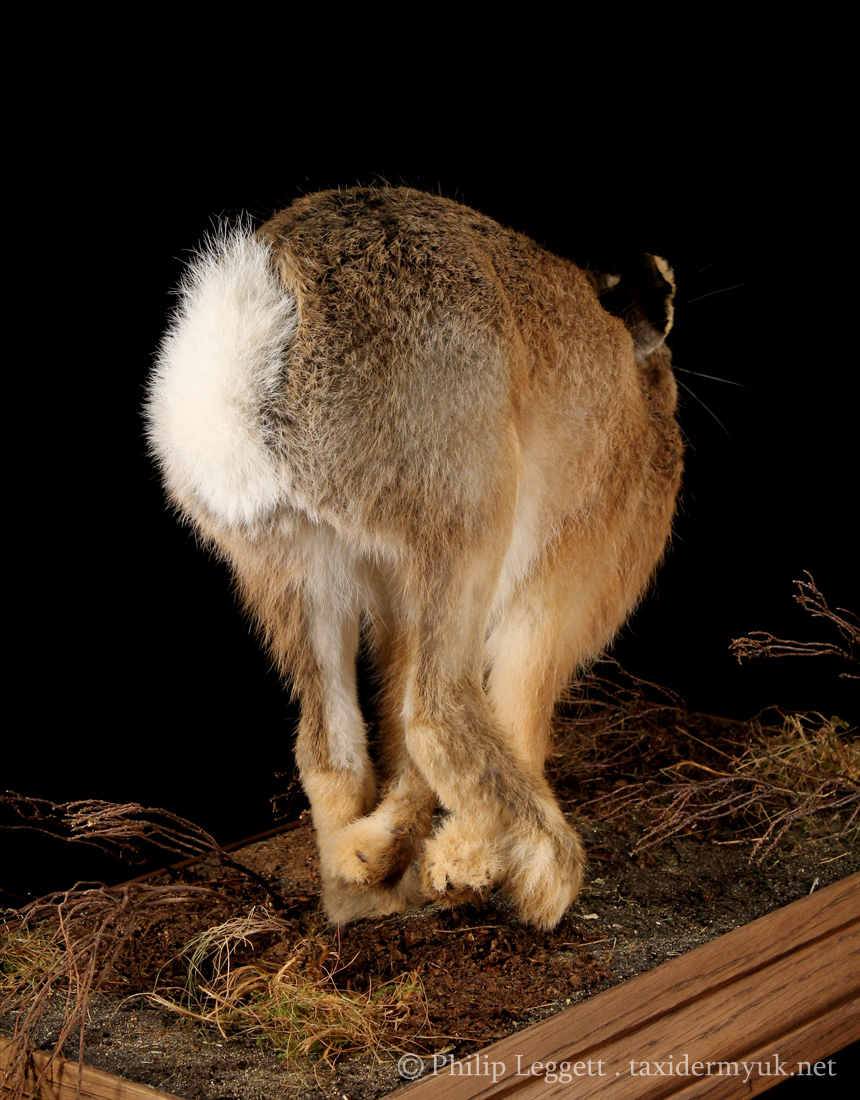 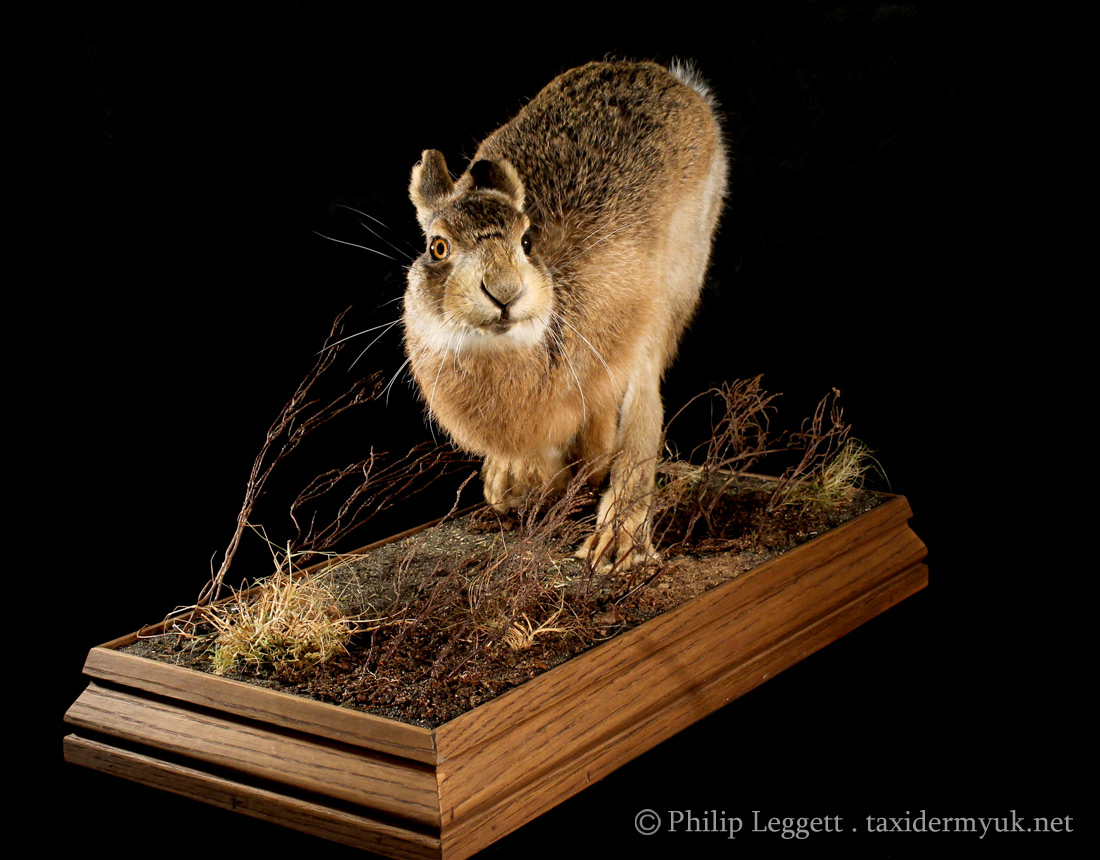 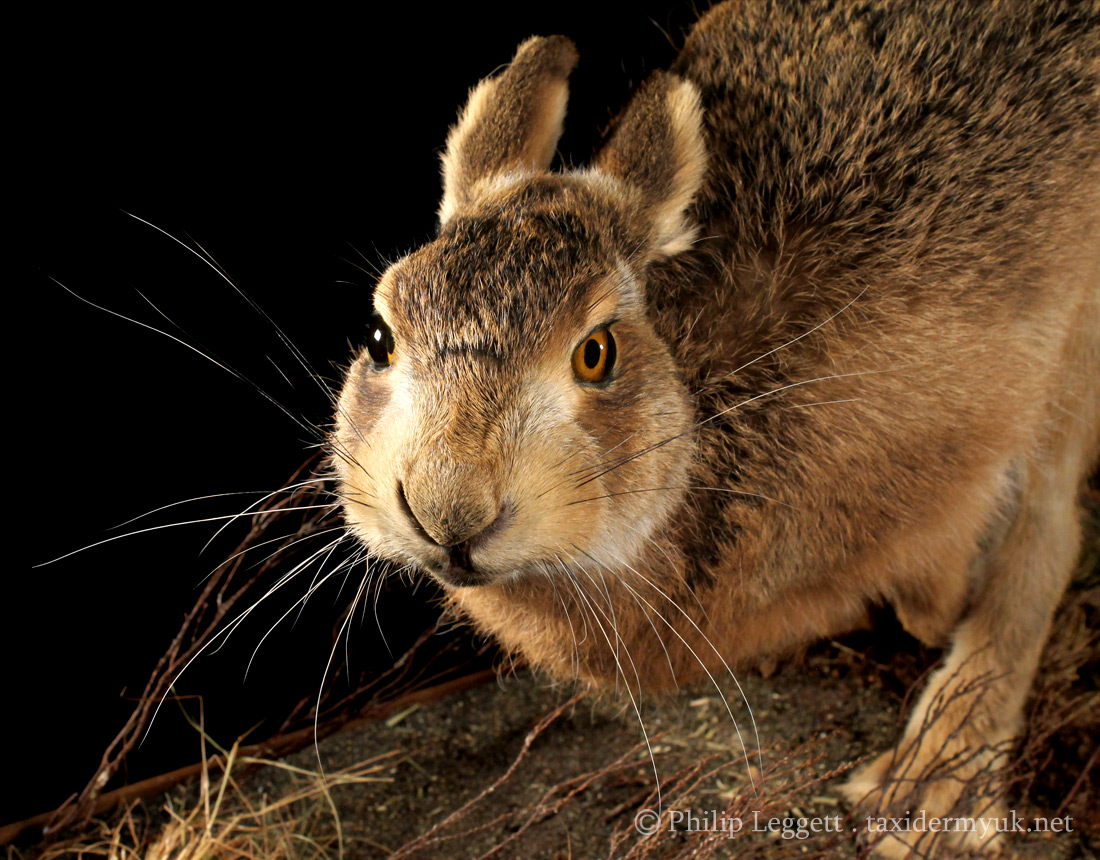 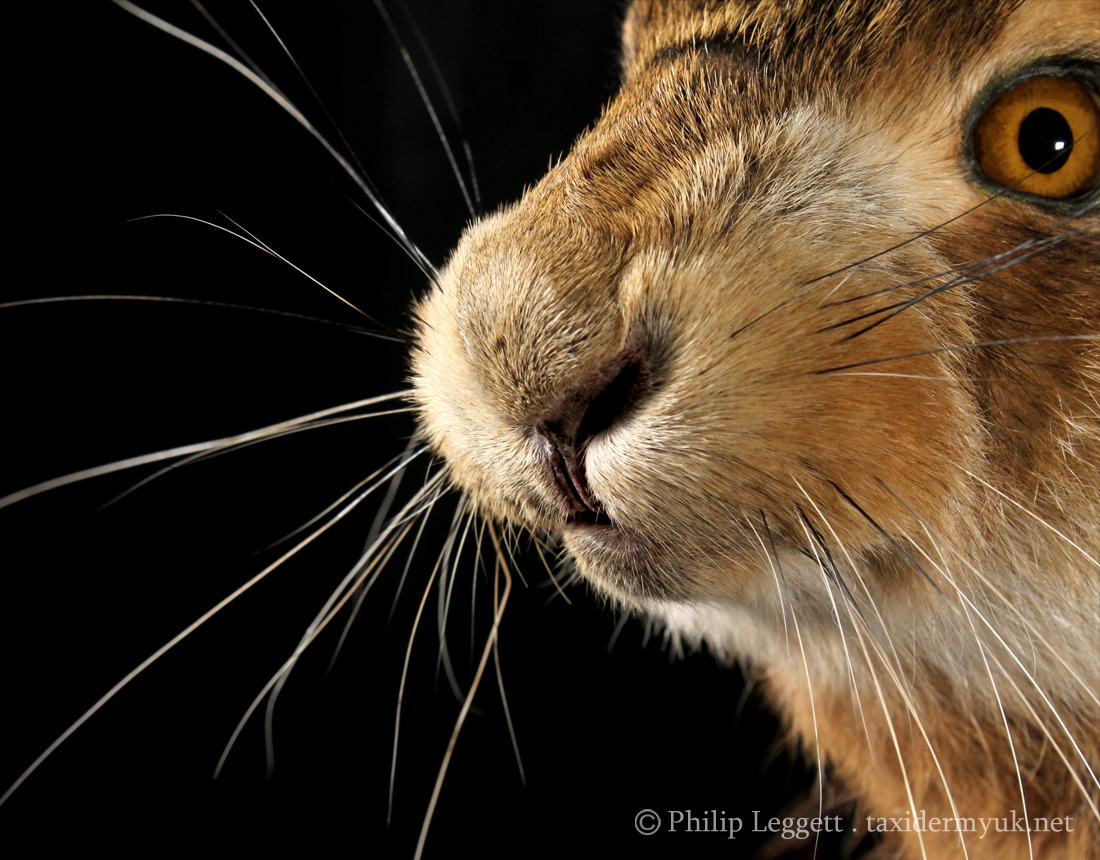 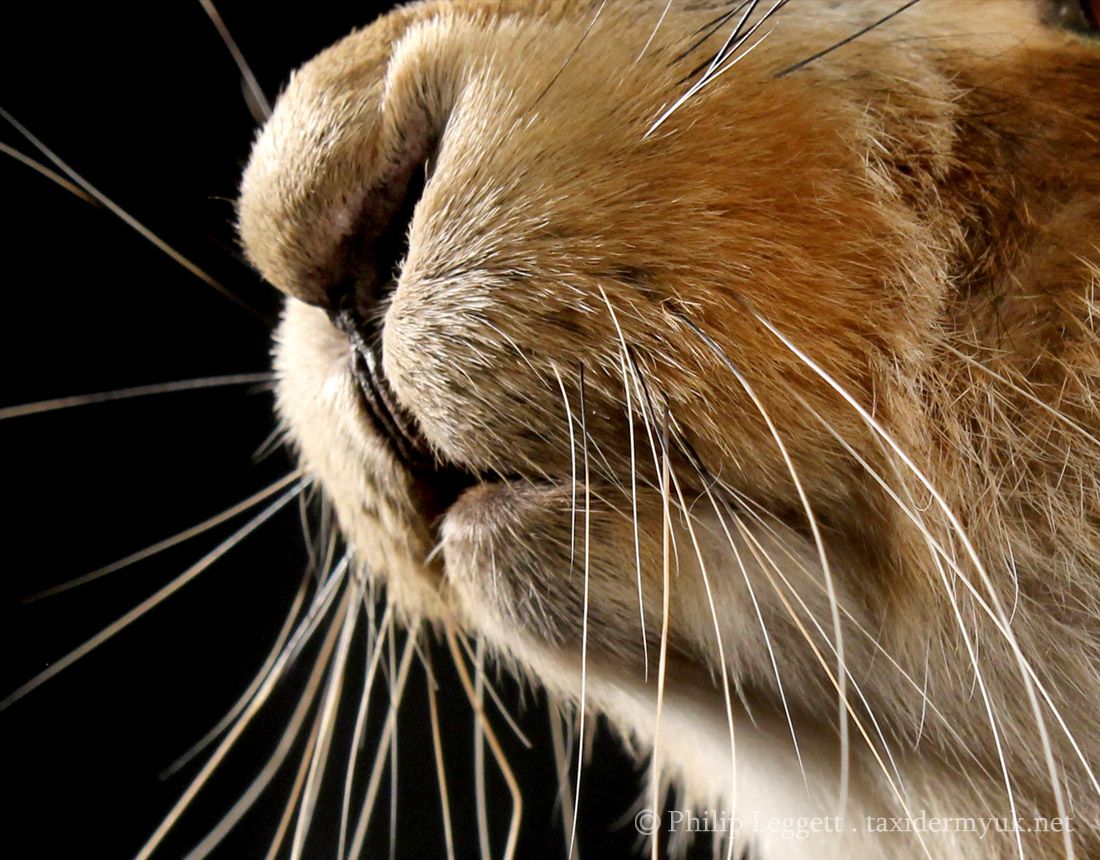 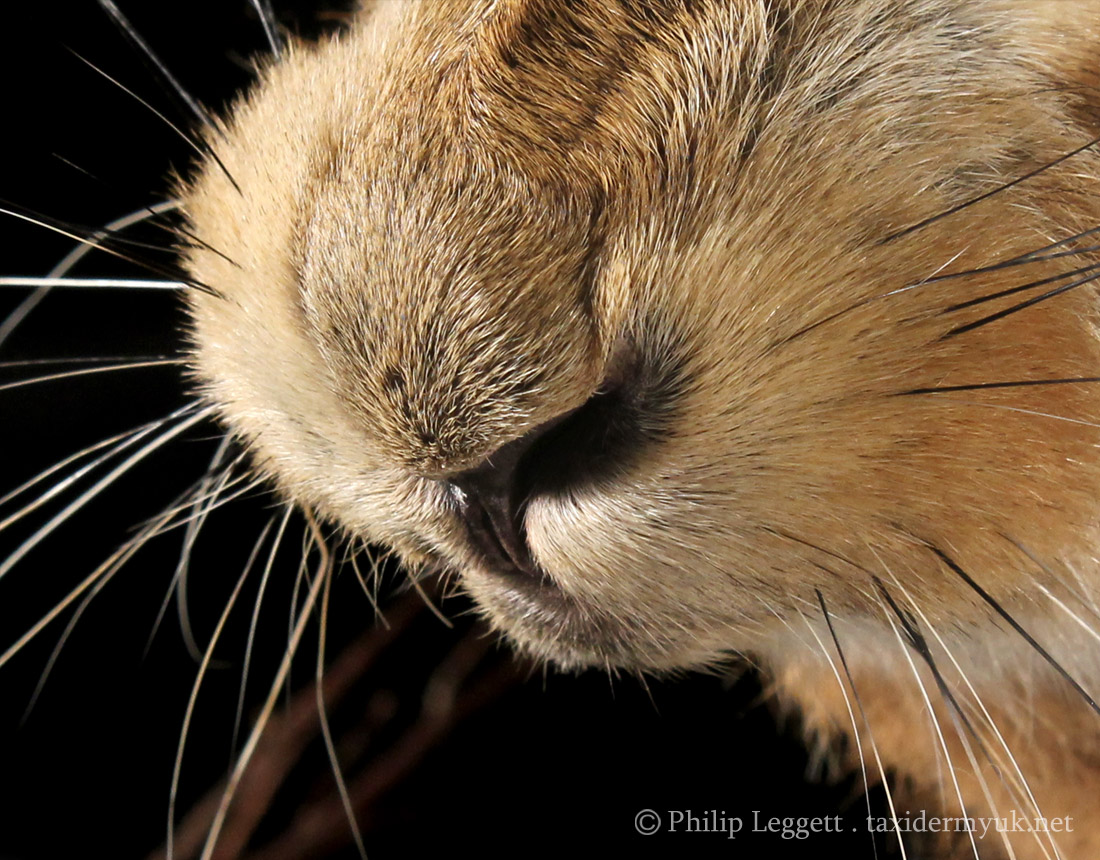 The European Hare (or puss) is a favourite of mine, but then I don’t know of many genuine countrymen, who do not find great pleasure in the mere sight of a Hare as it covers the 100 yards with such effortless grace and ease. I grew up with them as a common animal in my area and I clearly recall seeing them regularly on my primary school playing fields when aged about five or six.

Later in my life, when I was out rabbiting or flying my Goshawk, I would see them regularly  in the open countryside and moorland fringes around where I live. My dog would occasioinally find and “point” their forms dotted around in the larger fields, some with 3 or 4 tiny leverets huddled in the bottom. I also enjoyed watching groups of them  “boxing” and chasing around the meadows, as the females tried to fight off the advances of the over eager bucks. Hares` lie very tight in their form if they sense danger and can give you quite a start as they burst from cover, almost under your foot, and accellerate away like a little rocket.

Where I live, those days are now gone very sadly, hares are now a rare sight indeed. Farming of the land and livestock, as it was, has almost ended around us and the land is no longer managed at all really. Foxes and badgers, in particular, have increased greatly and as a result the survival of leverets is much reduced. We do still see a few but very seldom now. Happily there are places in the UK where they are still abundant and can be seen very commonly. In the borders of Scotland  I still see good numbers and likewise in Norfolk, where they are even regarded as a pest in some parts, so many are around.

The Hare has been steeped in mystery, mythology and folklore, going back over two thousand years, since they were brought here by the Romans. To learn more about the Hare, its history and biology you may find the following links of interest

Hare mythology: why we’re all mad for hares.
Article in “The Field” by Matthew Dennison
http://www.thefield.co.uk/country-house why-we-are-all-mad-for-hares

Hare Hunted, Hare Magic, Hare Tamed
An article by Poet and writer Ruth Pardel. published in The Times in 2002
http://www.ruthpadel.com/hare-hunted-hare-magic-hare-tamed/

European Hare taxidermy
The Hare is seldom a regular for us but we do get the odd one now and again. I think I can speak for most taxidermists in saying that a commission for a Hare is the mammalian equivalent of a woodcock. This is because the skin of a Hare (much like a woodcock)  is thin, weak and very prone to rip during the process. It is a little akin to stitching wet toilet roll. This is in sharp contrast to its cousin the rabbit which, by comparison, has a skin like a rhinoceros.

The hare in these images is a sub adult, probably around 9 months old, as it was about  ¾  grown. The client asked for it to be posed in a running position. I spent considerable time looking at images and film of running hares to understand better their gait and body position as they move at speed. A running hare as seen by most, even when being pursued by an errant mutt or badly behaved gun dog, will usually have its ears up as it runs, cheerfully mocking its pursuer as a useless opponent. However, only when it senses that the pursuit is serious does it change its running style. The ears pin back close to the neck, the back arches deeply and the stride increases to over a metre as the hare shows its true athletic ability and speed. It is this sense of speed over the ground that we wanted to capture in this mount.