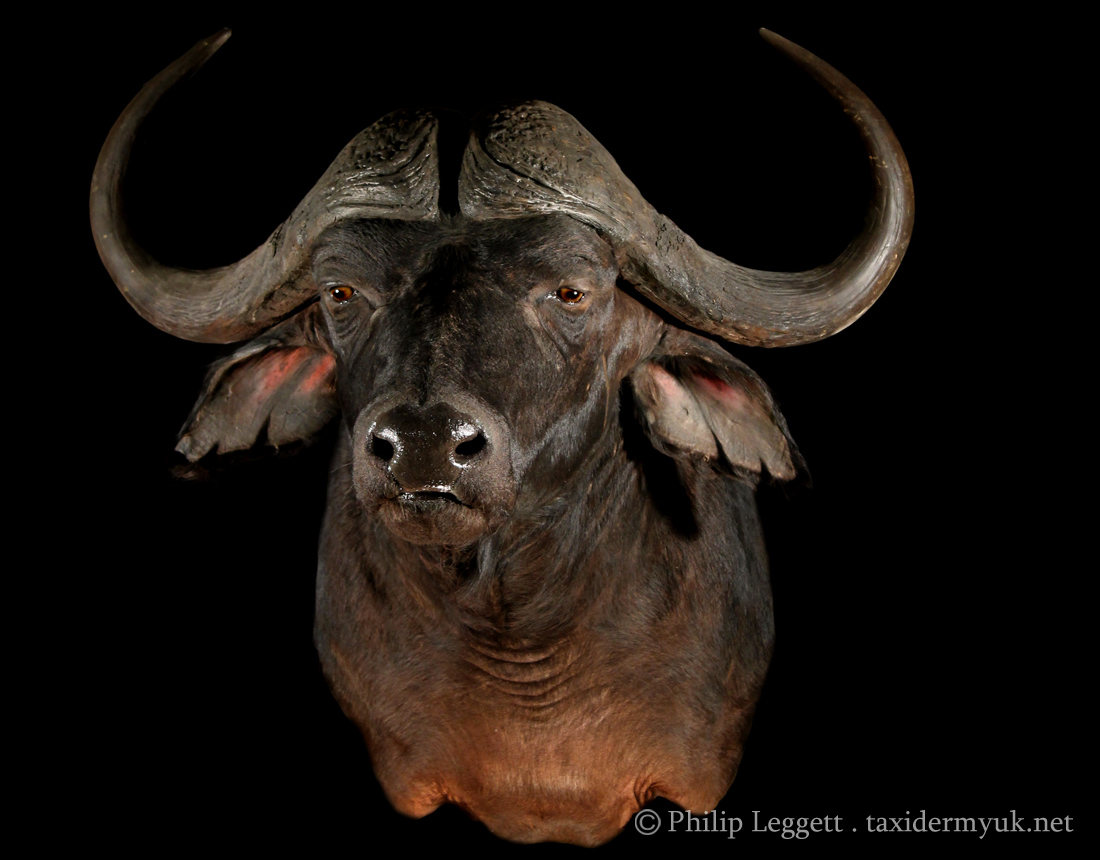 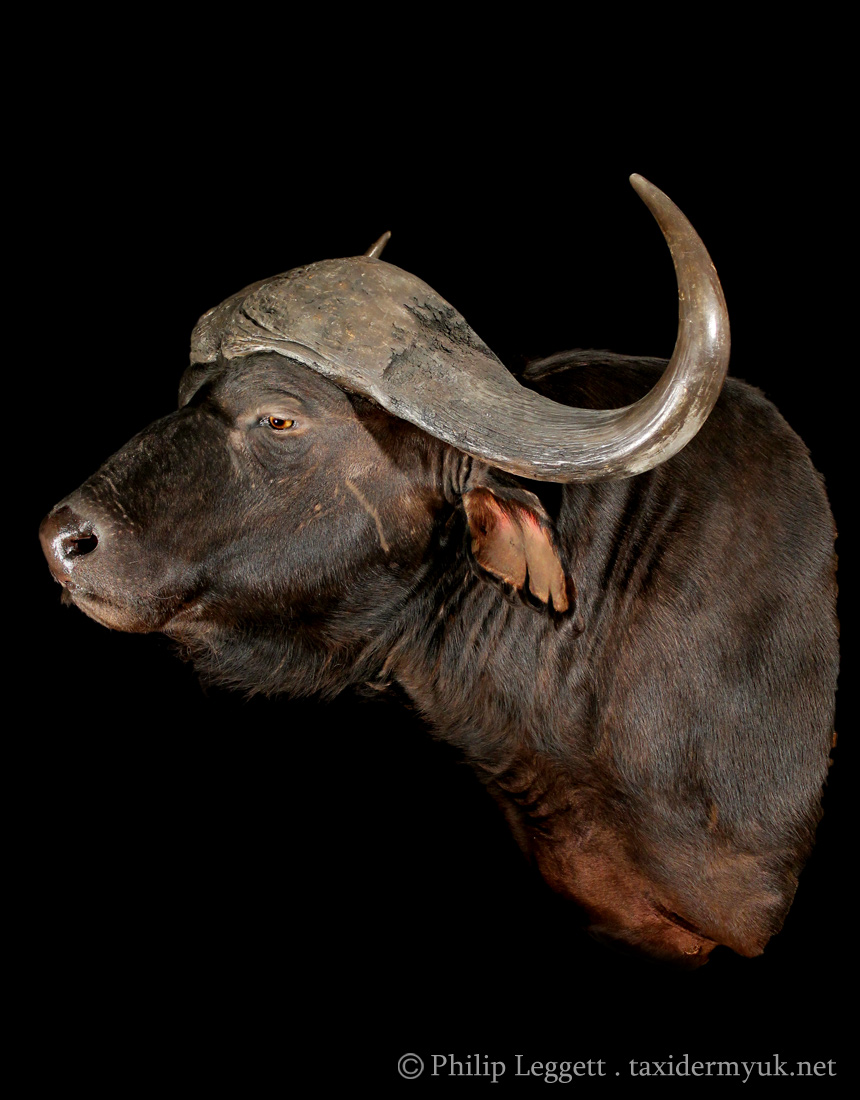 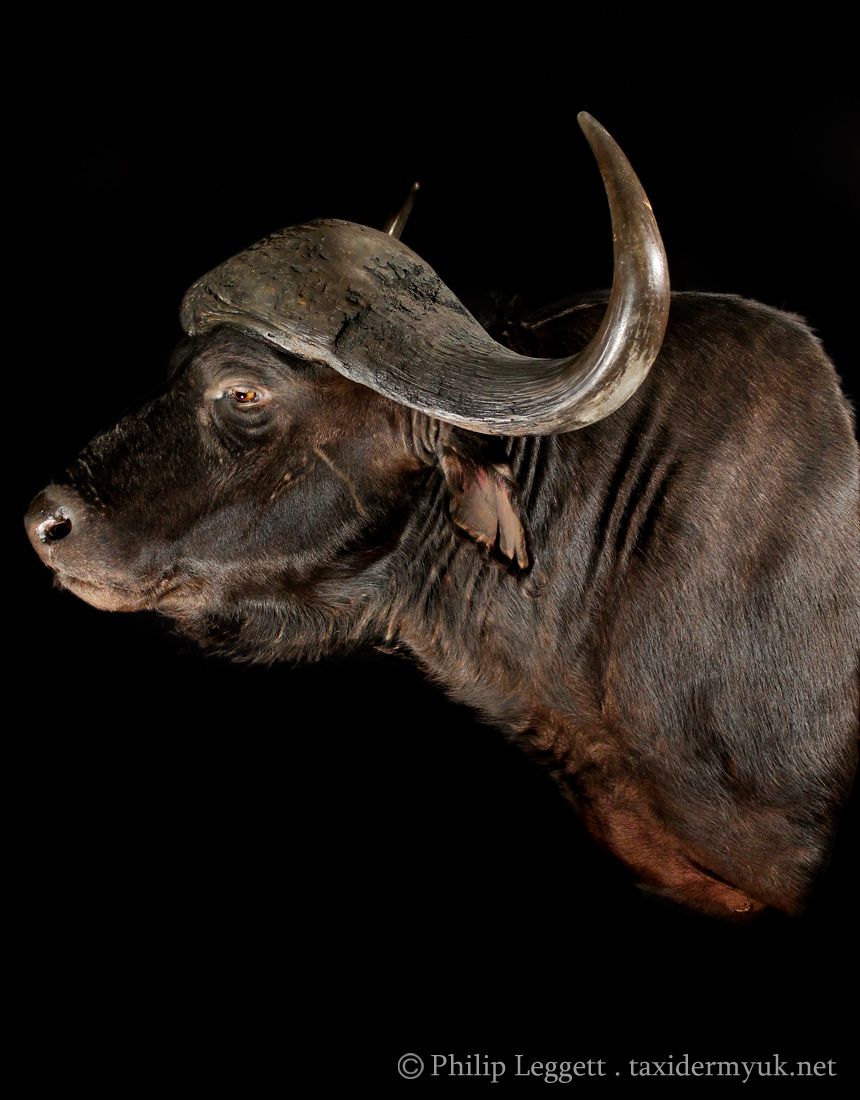 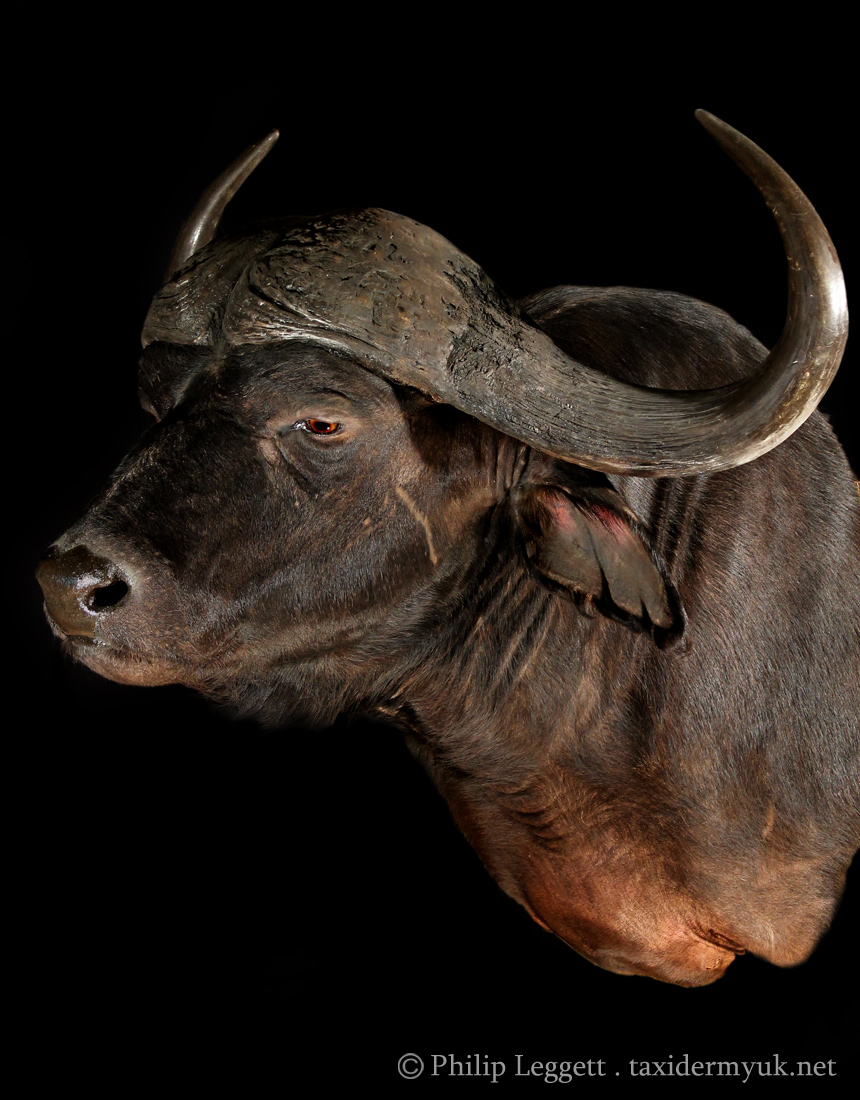 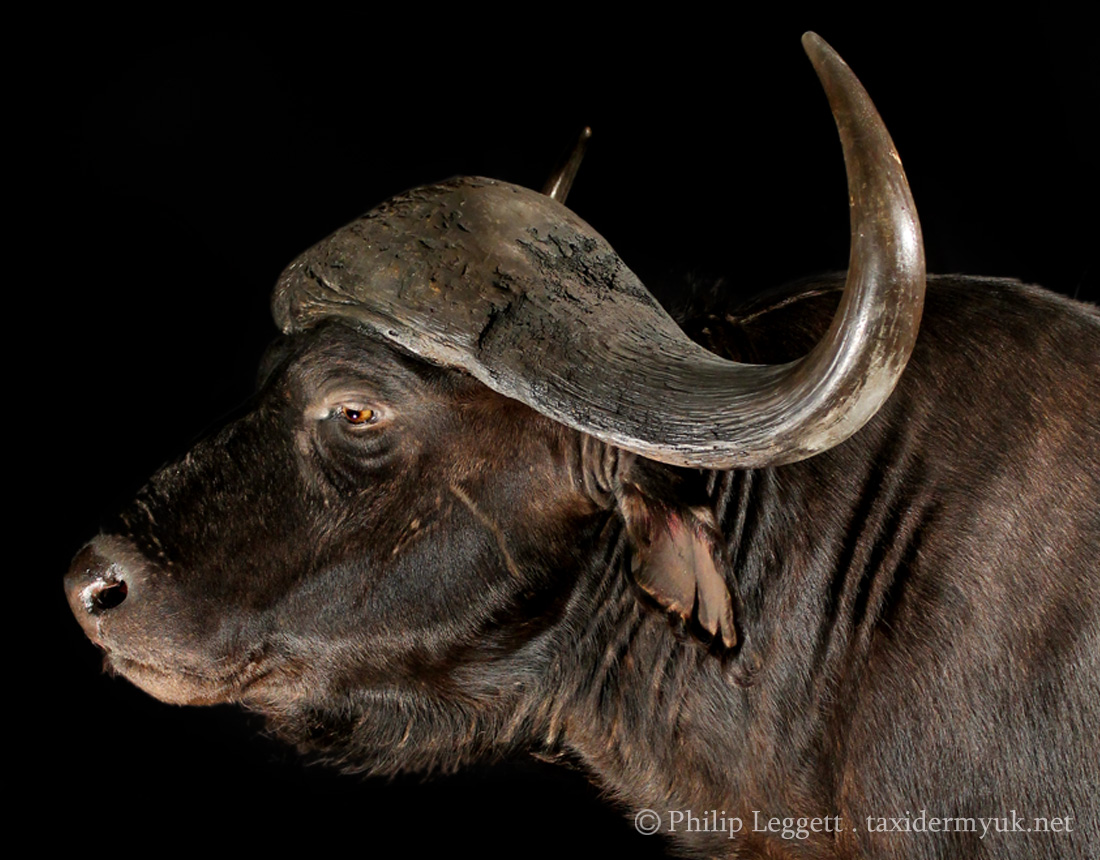 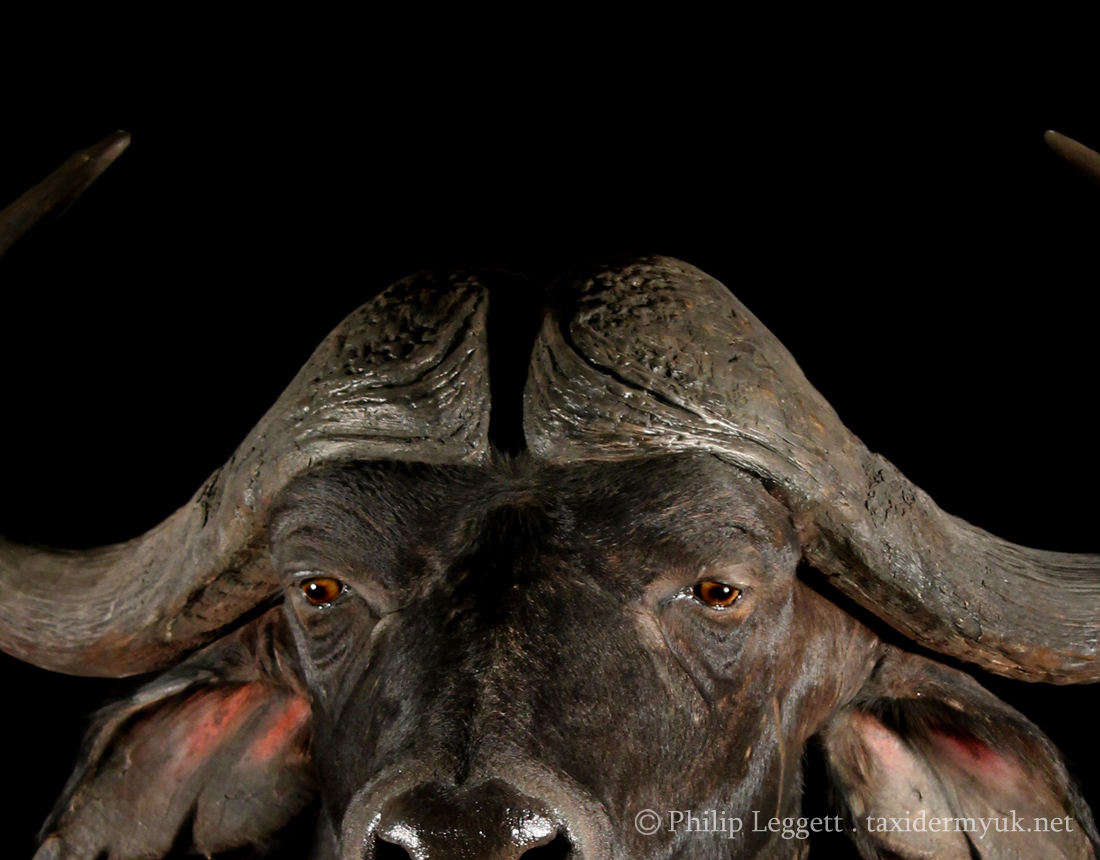 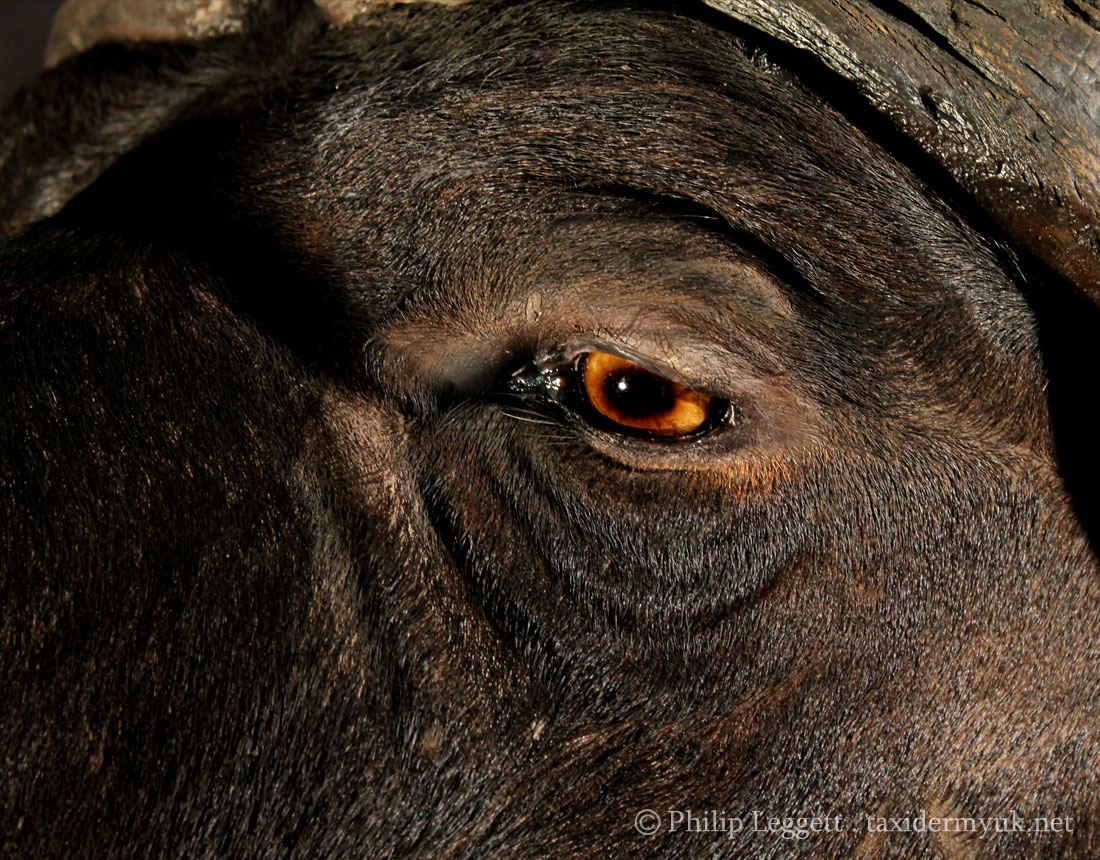 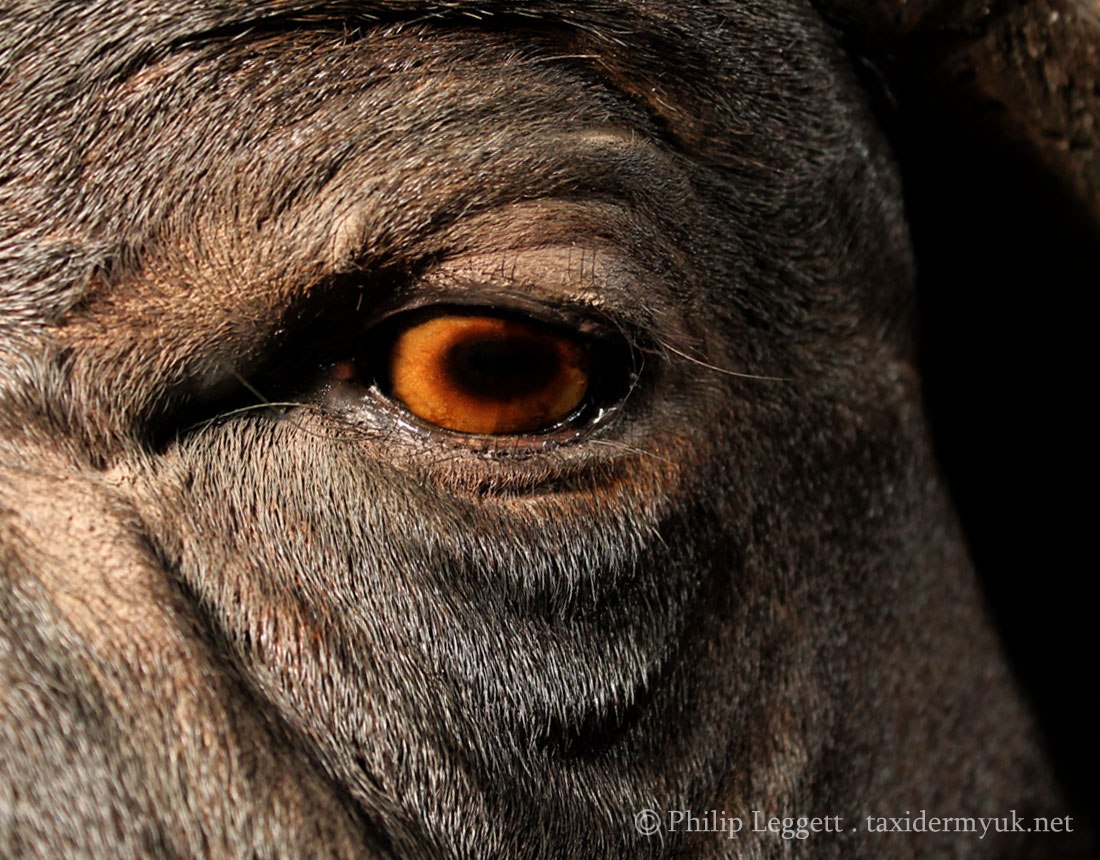 The Cape Buffalo is a creature of legend in Africa, they are huge and intimidating animals. Large bulls weighing in at close to 900 kg (2000 lbs) are fearless when pursued or angered. They can be very unpredictable and will hide, motionless and silent in thick cover, and then charge from close range without warning.  Cape buffalo are said to be responsible for killing up to two hundred people a year in Africa, earning them the name “The black death”.

Both the Bulls and the cows have horns, the bulls’ horns being far larger and heavier, gaining first length as they grow. Latterly the “bosses” (covering the crown of the head) become harder, thicker and wider – the horn tips then wear down over time. The young, soft bossed bulls, tend to stay together in bachelor herds and try to stay out of trouble, as the soft bosses would mean severe injury in a fight. Much the same as a red deer stags in velvet.

The buffalo in these images is a younger bull. This is characterised by his longer, unworn horns with deep curls and sharp polished tips. Likewise, his skin is cleaner, looking far less wrinkled and scarred than that of an old bull.

These younger bulls may have large long horns, viewed at a distance, but the huge solid bosses are underdeveloped or absent. Instead, they are soft and spongy to the touch. The consequence of this is that when the skull is boiled clean, the soft bosses are lost, leaving only bare skull plate. This bare plate must be completely remodelled, sculpted and recreated to “build” a set of bosses.

These younger bulls are normally hunted as a cull beast, when herd numbers are high, and as a consequence are far cheaper to take than a big and very old hard bossed old dugga boy.

N.B.  A finished shoulder mount Cape buffalo, even when on a modern commercial form, is a very large and heavy trophy, requiring substantial wall space and a very strong wall to hang it on.