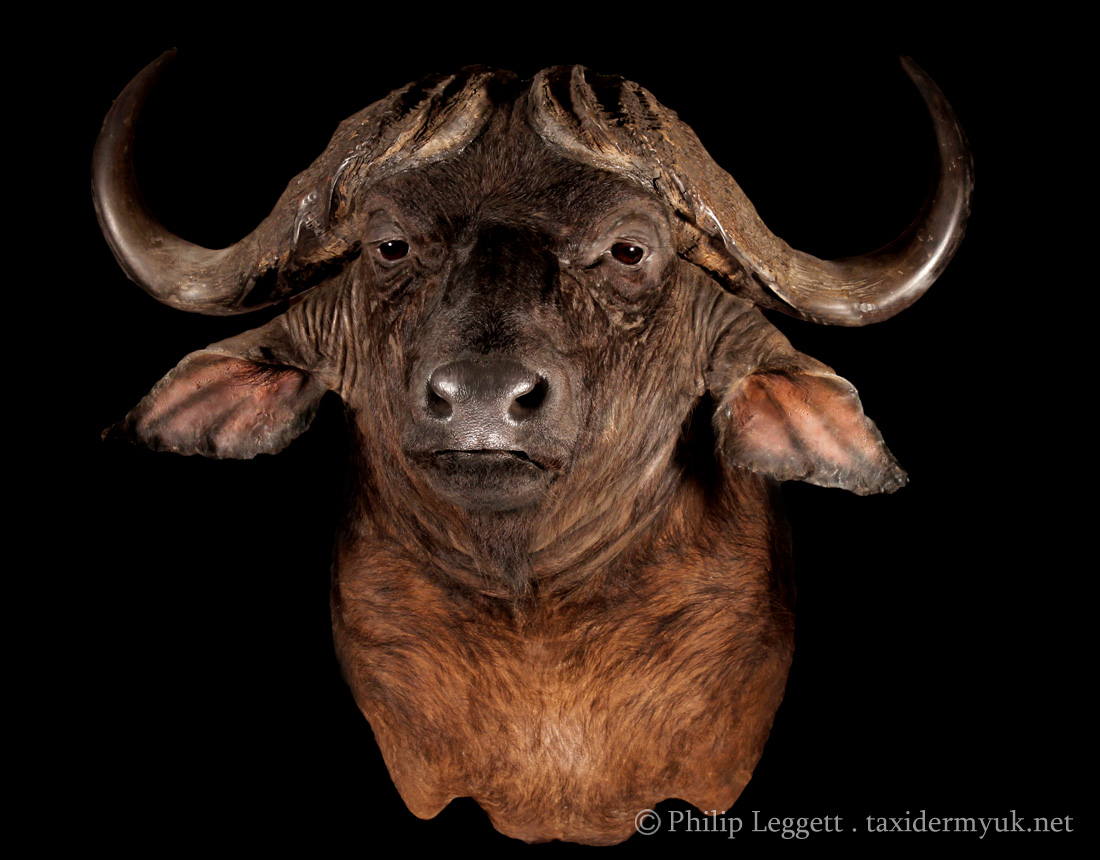 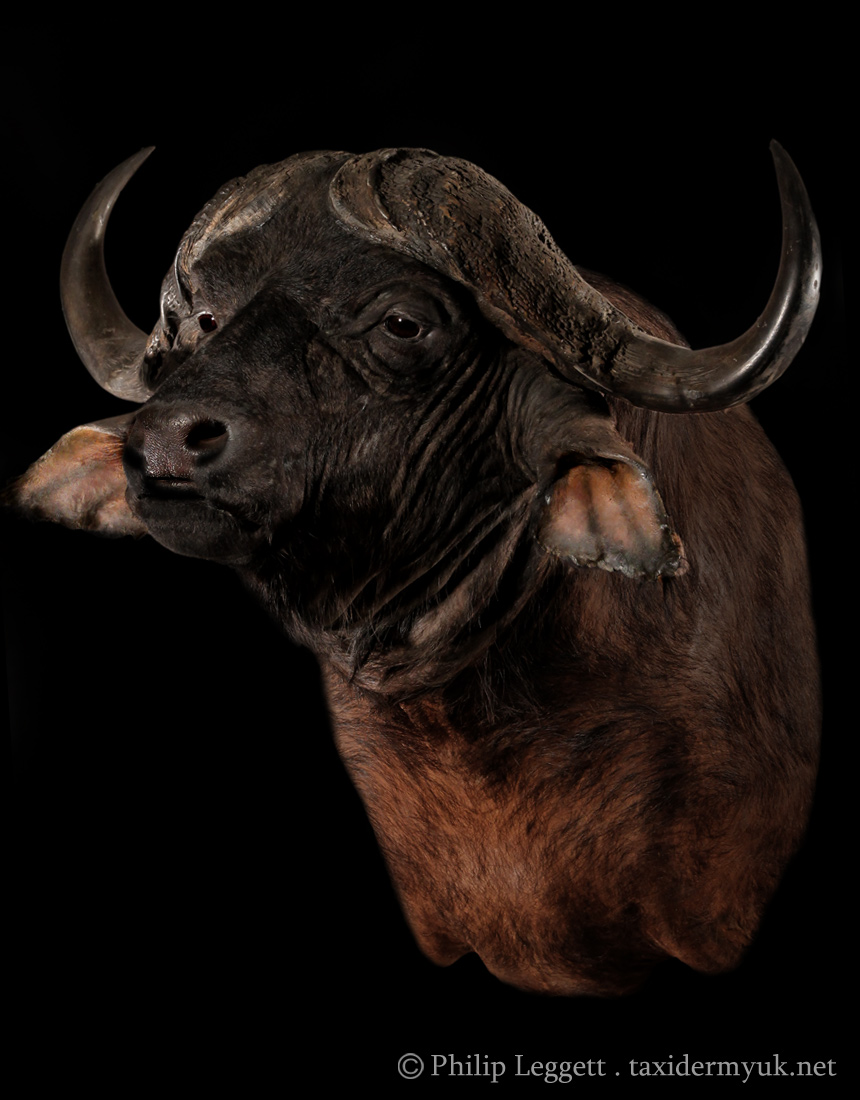 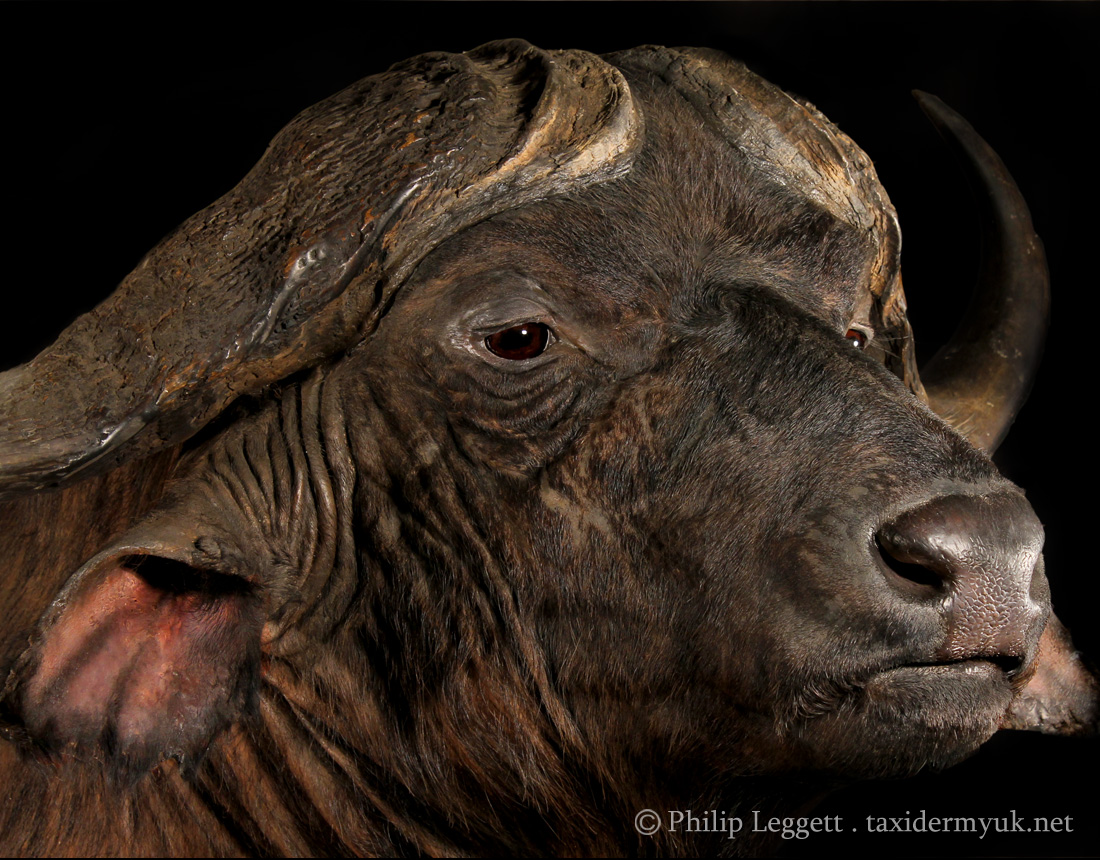 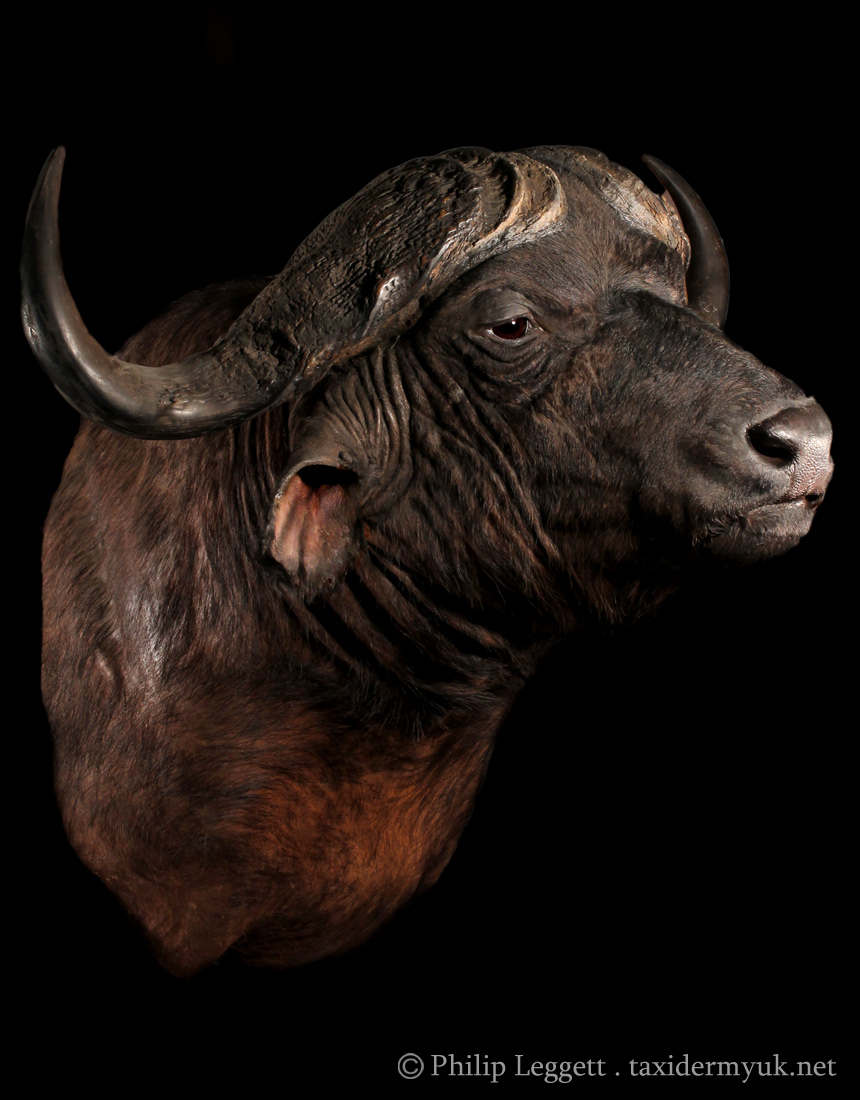 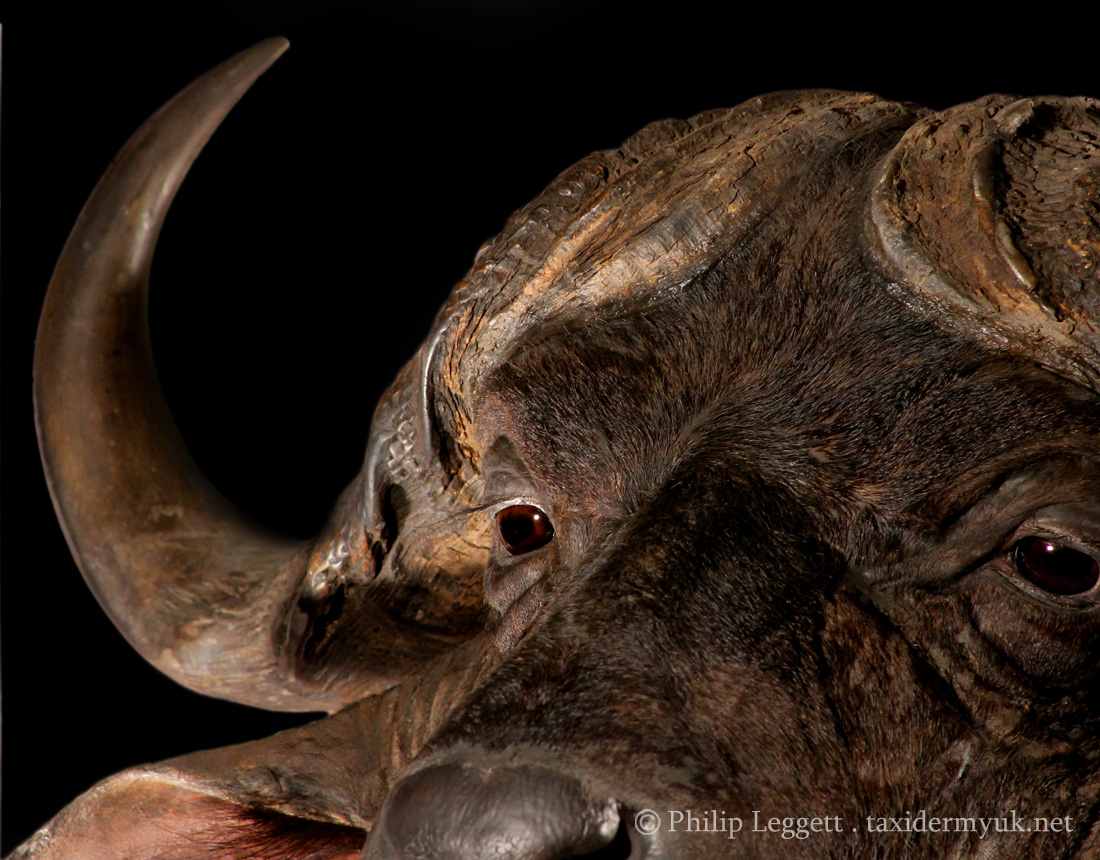 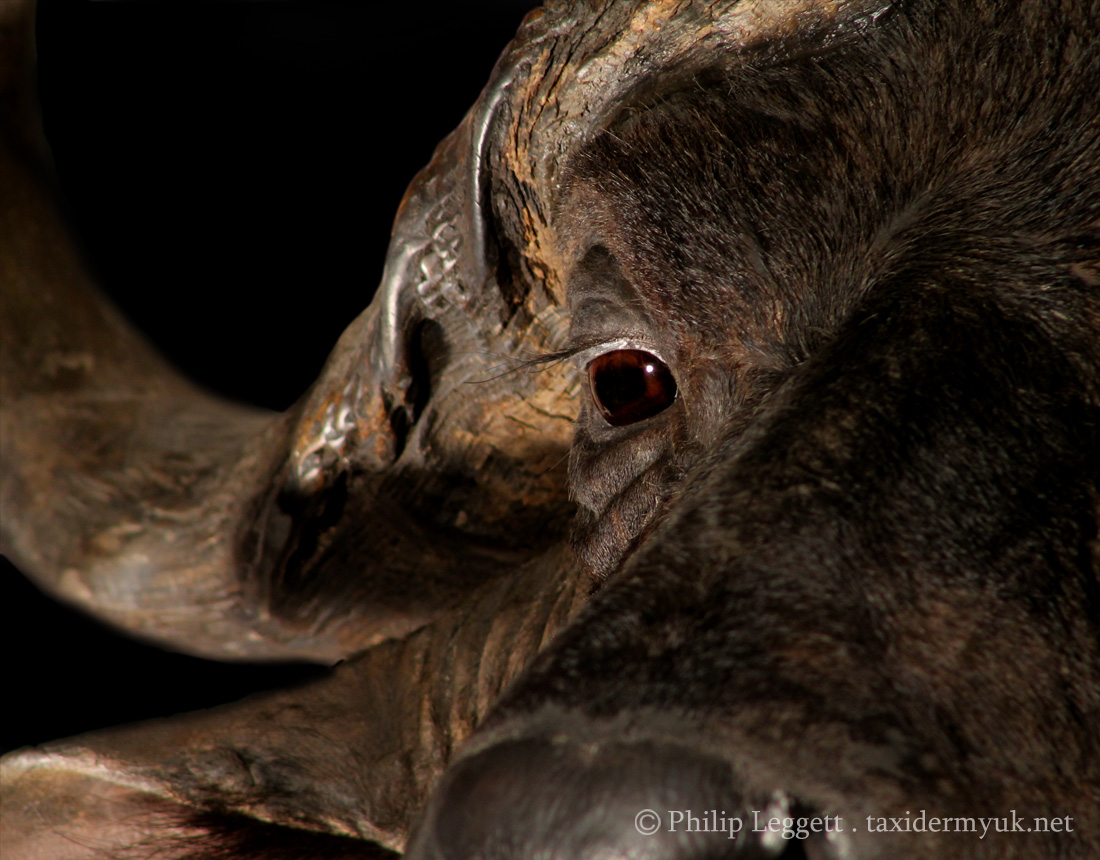 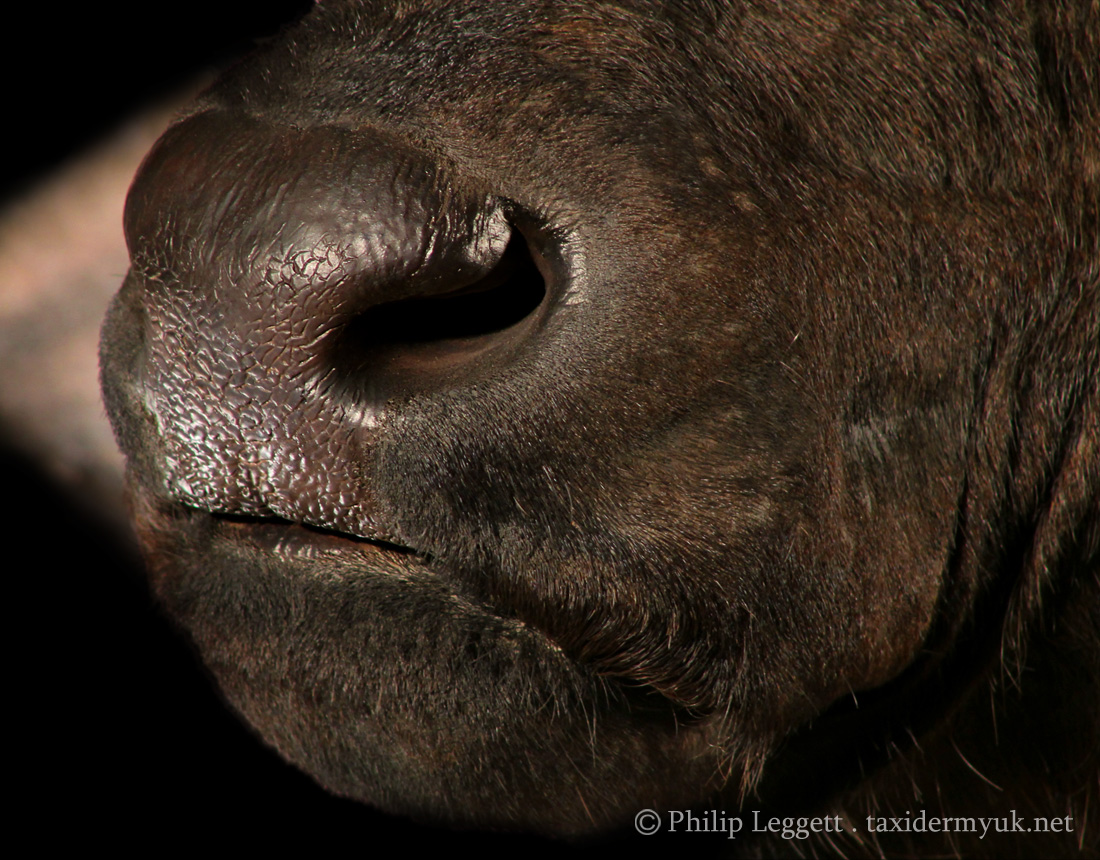 The Cape Buffalo Bull is a creature of legend in Africa, they are huge and intimidating animals. Large bulls weighing in at close to 900 kg (2000 lbs) are fearless when pursued or angered. They can be very unpredictable and will hide, motionless and silent in thick cover, and then charge from close range without warning.  Cape buffalo are said to be responsible for killing up to two hundred people a year in Africa, earning them the name “The black death”.

Both the Bulls and cows have horns, the bulls’ horns being larger, thicker and heavier, gaining first length as they grow. Initially, in the first five or six years, the “bosses” (covering the crown of the head) are very soft. Only later in life do they become harder, thicker and wider. With age and many fights with other bulls, the horn tips then wear down over time. Once a bull is very old and is no longer a breeding herd bull, he will become largely solitary.

They are then often referred to as a “Dugga or Dagga boy”. It is these short tempered old bulls which are most sought after by hunters. Few predators will tackle an old “dugga boy” because of their willingness to stand and face a hard fight. Even experienced buffalo killing lions will usually only attempt one if they are in large numbers and sense the bull is weak. You will often see old bulls full of deep scars and scratches with ragged ears from many encounters with lions.
The Cape buffalo is a magnificent animal deserving of the highest respect.

The Buff in these images is a very old chap with massive horns and deep, broad solid bosses. These time worn, wrinkle faced old boys carry many old battle scars from brutal encounters with other buffs and lions. They are a challenge to mount well, as each one has a very individual look. We try to capture this character and individuality through studying reference and “reading the skin”. Capturing the real character and grizzled look of these buffs requires a lot of modelling and sculpting prior to mounting the huge skin and still more to “taxi” or arrange the skin whilst mounting it to the form.

N.B. A finished shoulder mount Cape buffalo, even when on a modern commercial form, is a very large and heavy trophy, requiring substantial wall space and a very strong wall to hang it on.