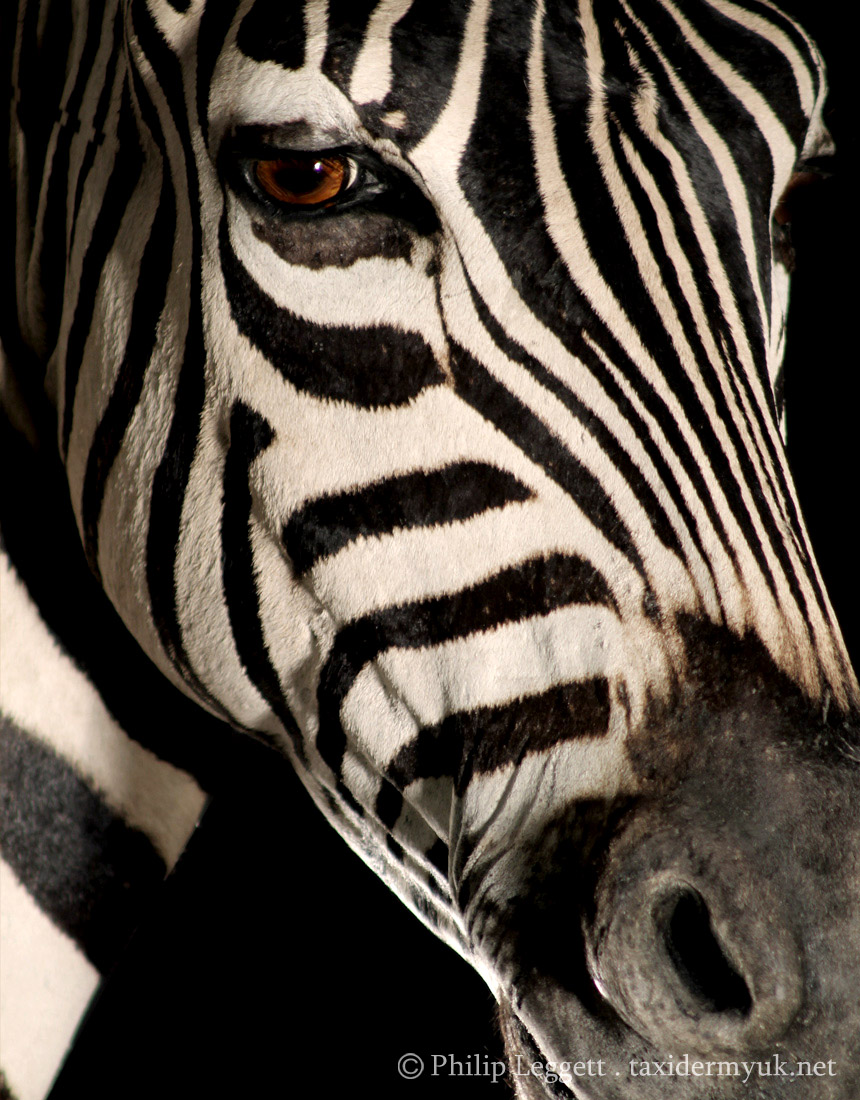 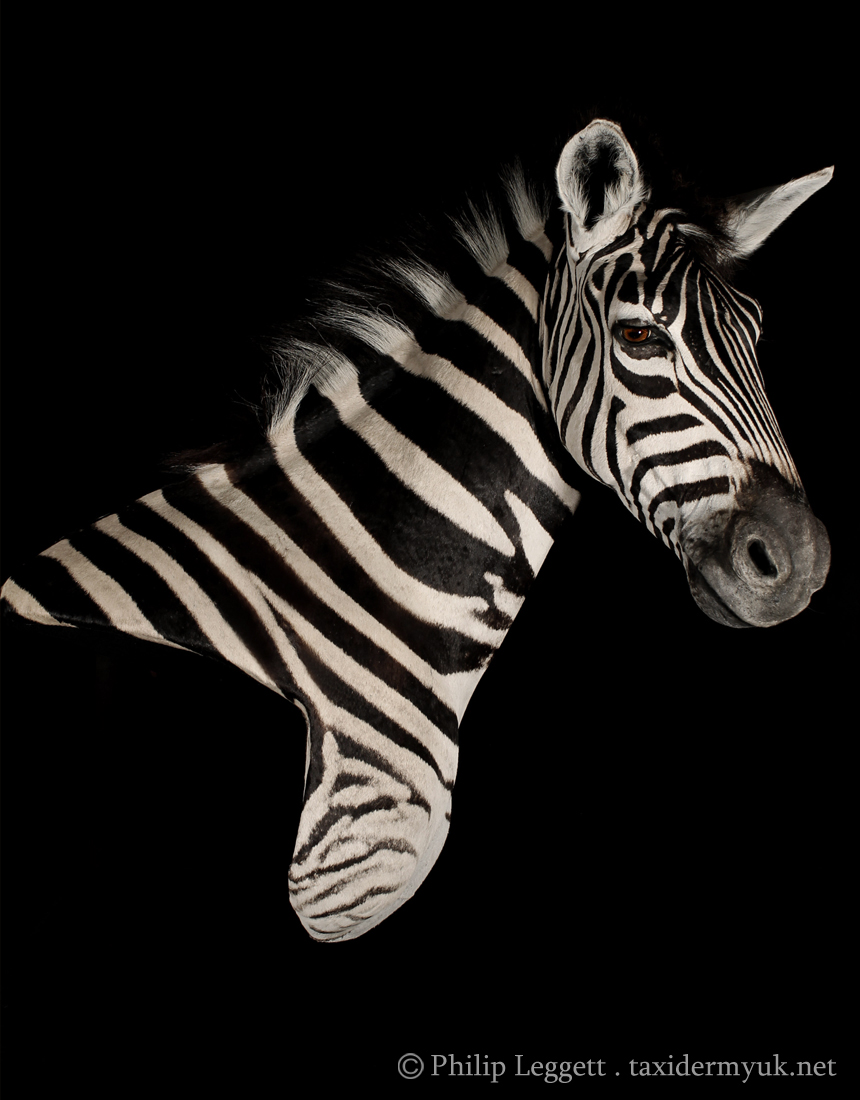 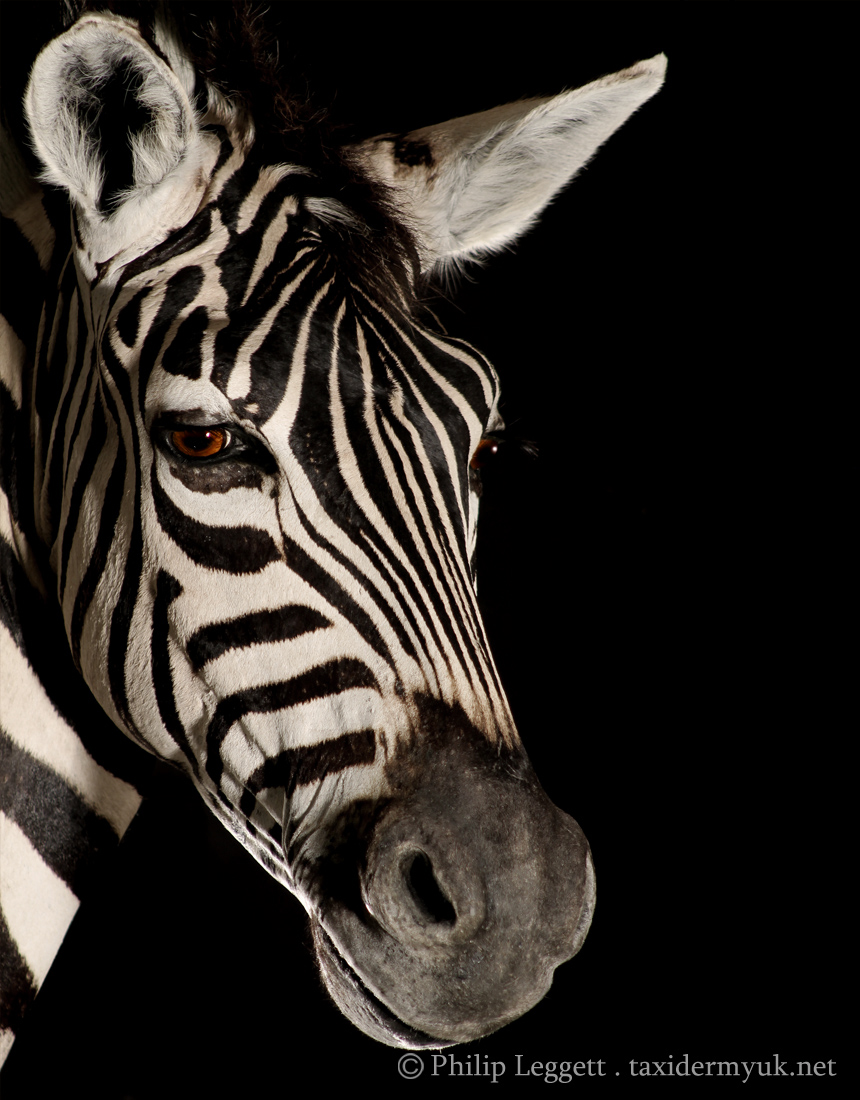 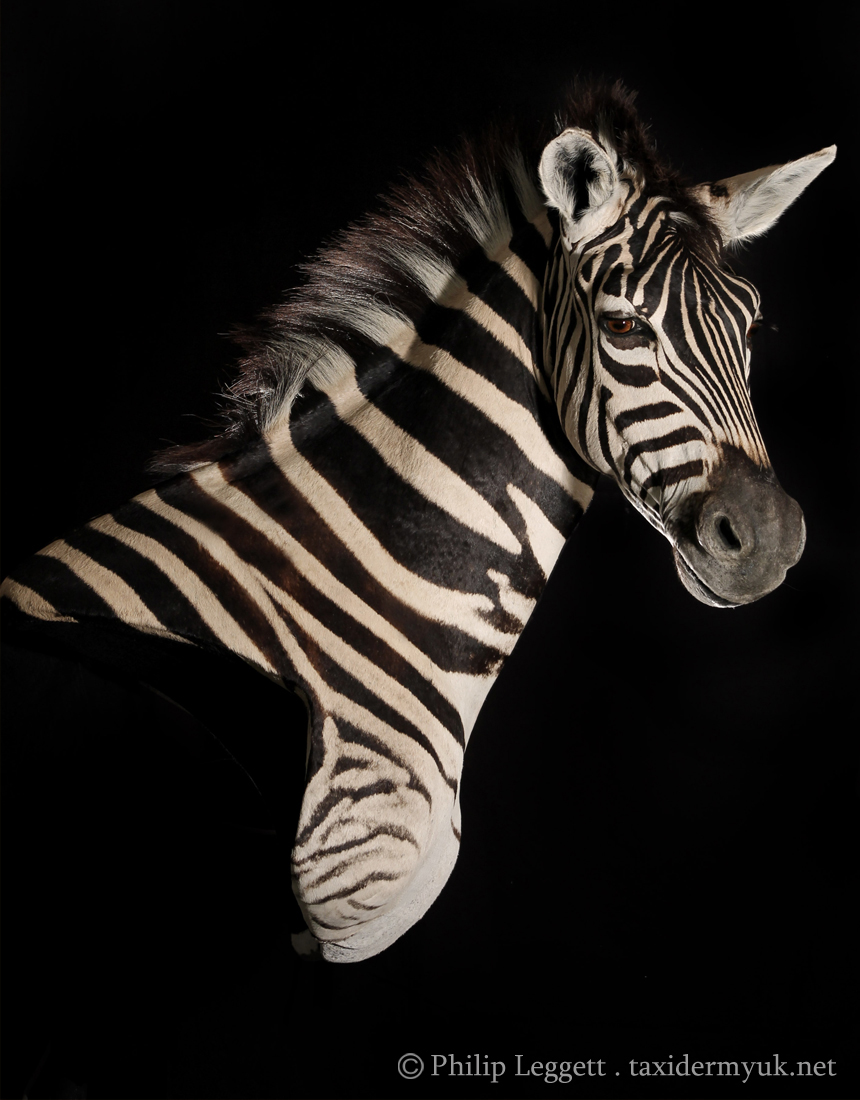 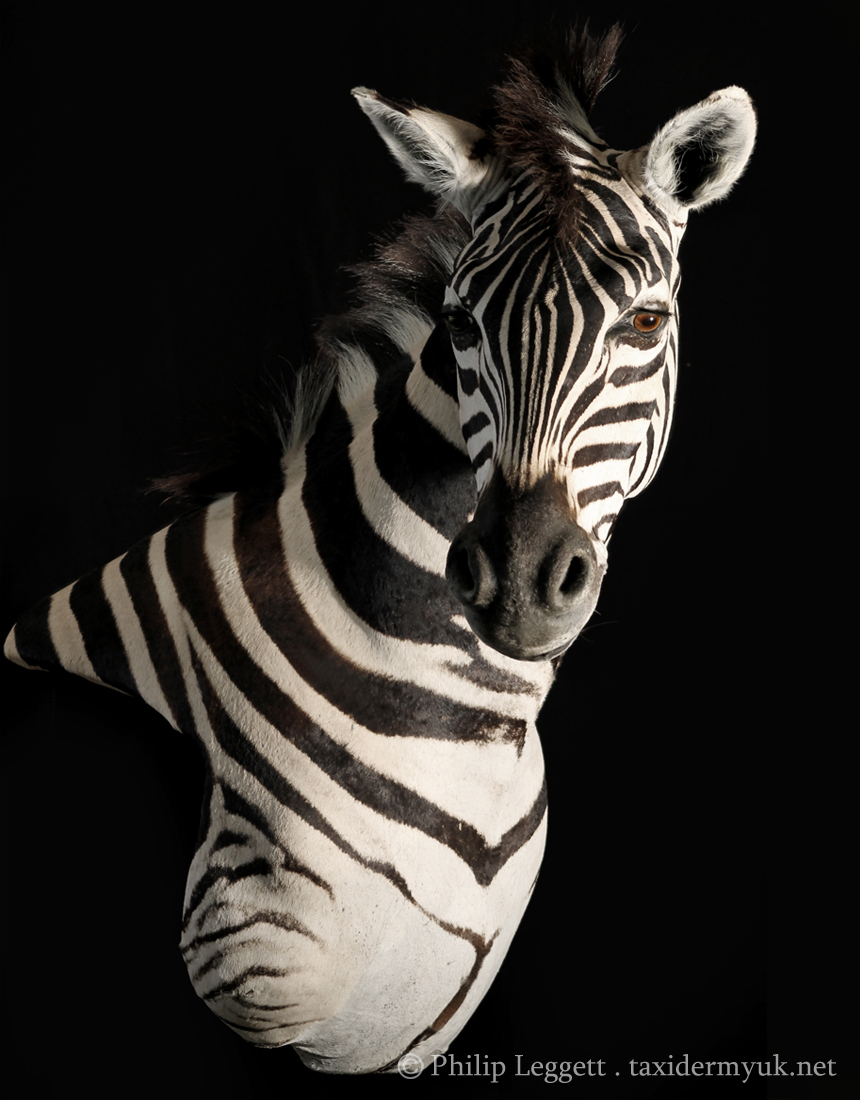 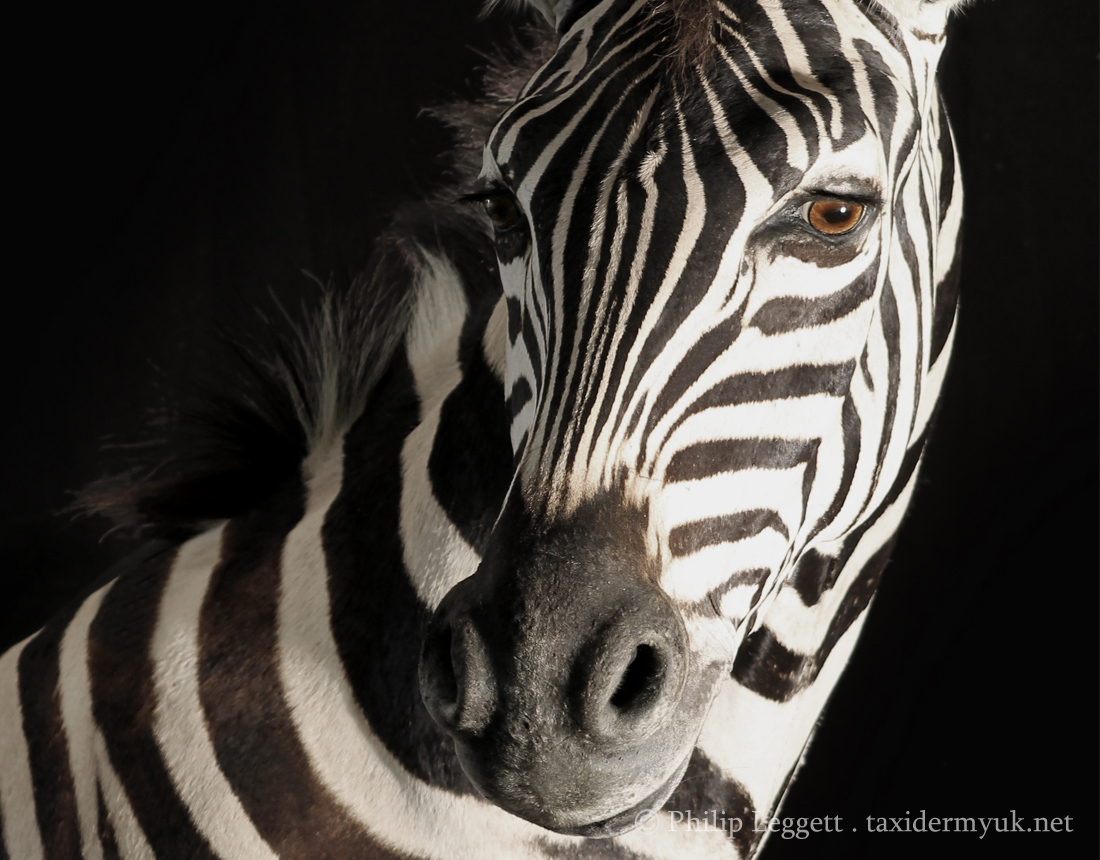 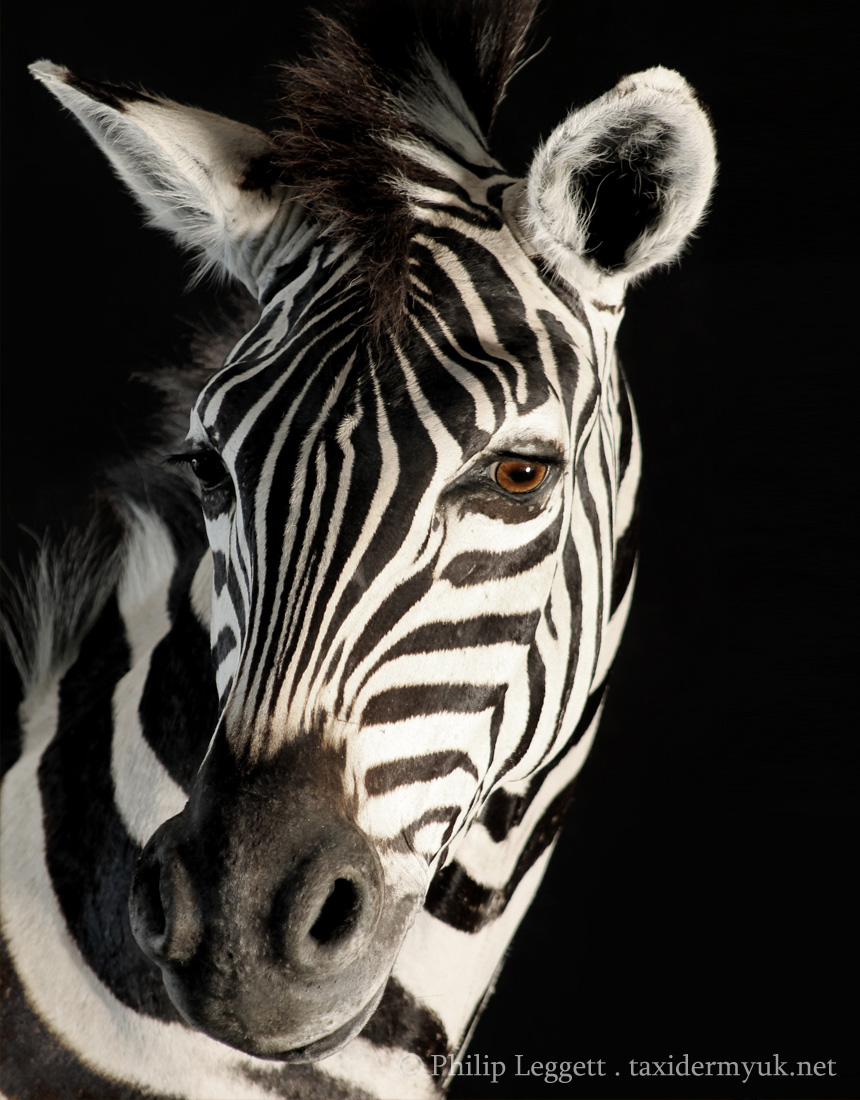 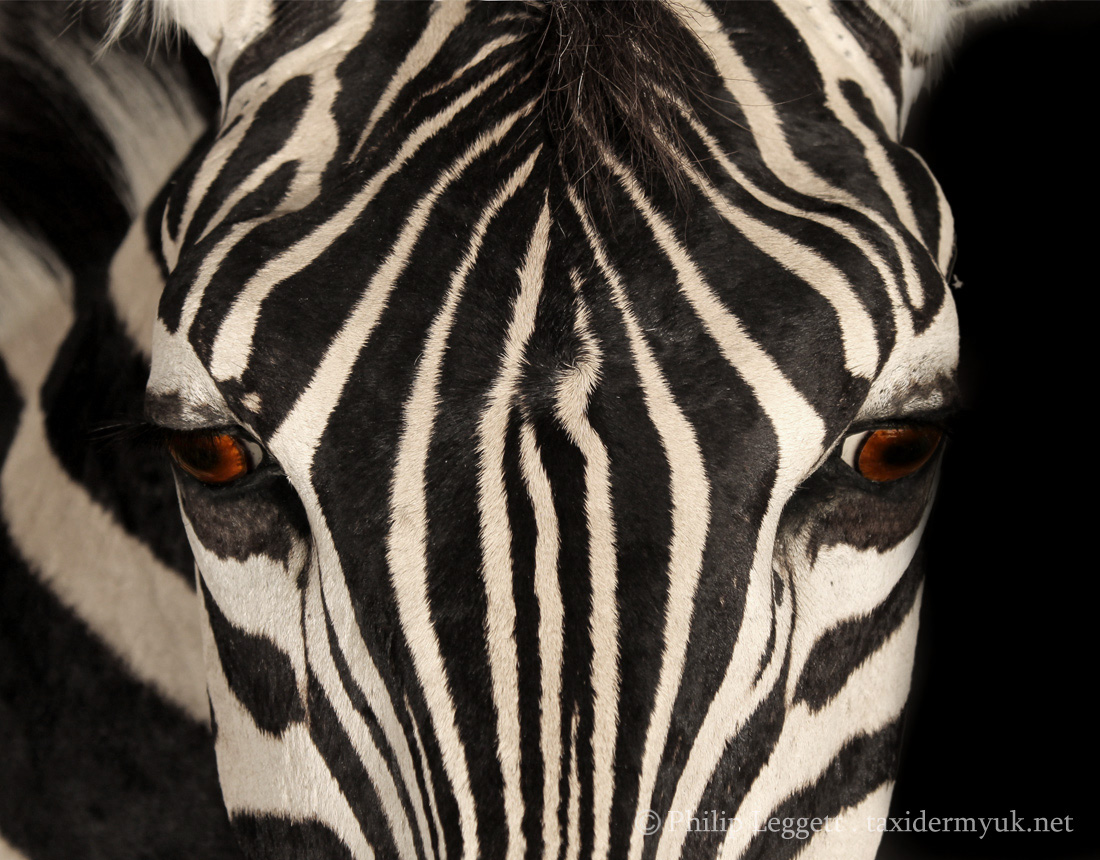 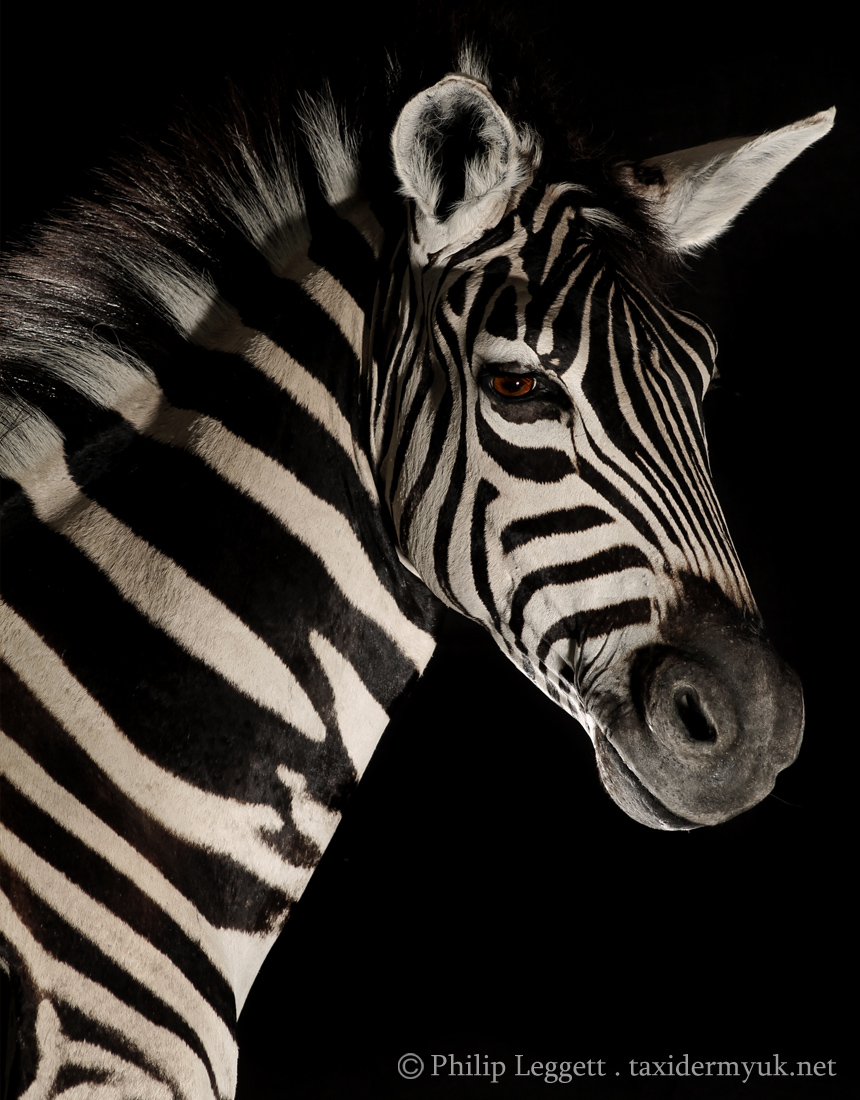 Burchell’s Zebra are a subspecies of the plains Zebra. They are the most common form found in Africa. There are several other subspecies of the Zebra, including the Hartmann’s (Equus zebra hartmannae) and the Grévy’s zebra (Equus grevyi). The sexes are very similar and telling them apart, even at close range can be very difficult.

Zebra are a herd animal. They are incredibly hardy and versatile and can survive in a large variety of habitats, from the Great Plains to thick bush and mountain scrub. They are even at home in very wet areas such as the Okavango.

Zebra rugs
A word of advice on Zebra rugs.  Experience has shown that many people who take a Zebra are convinced or persuaded to opt for a rug, only to regret it later. This is because, though they are a very nice idea in theory, in practice they take up a huge amount of floor space (allow 3metres x 2metres).  They do not last if walked upon regularly and will be soon worn down. In the UK, they are also vulnerable on carpeted floors to pest attack by the carpet beetle larvae. Many soon end up folded and thrown in the loft or sold. Consider your space availability before you are talked into a rug.