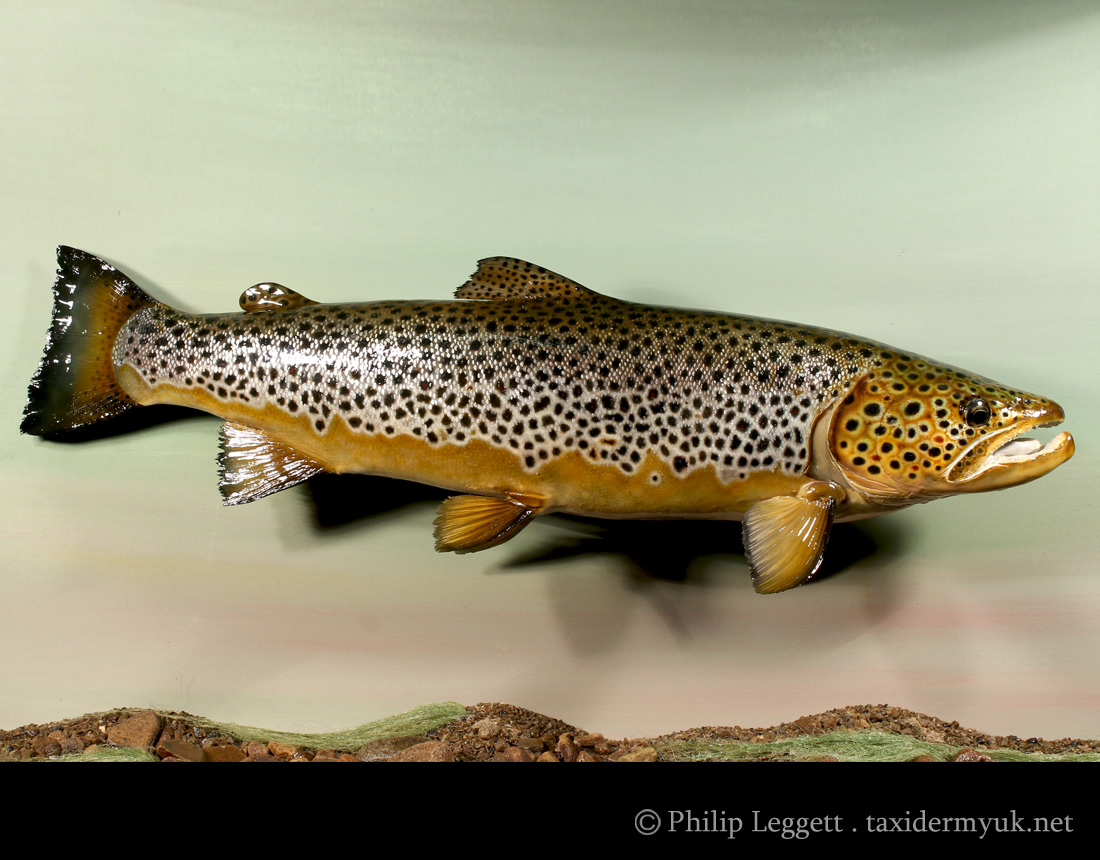 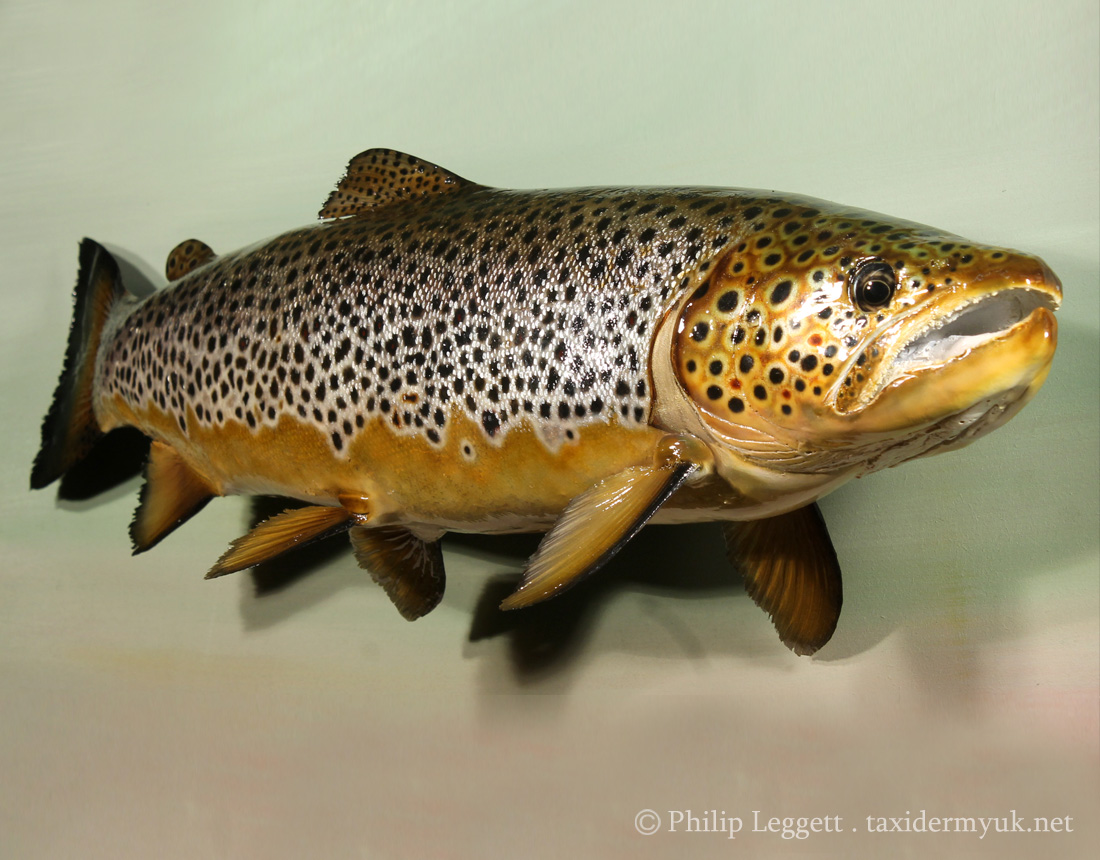 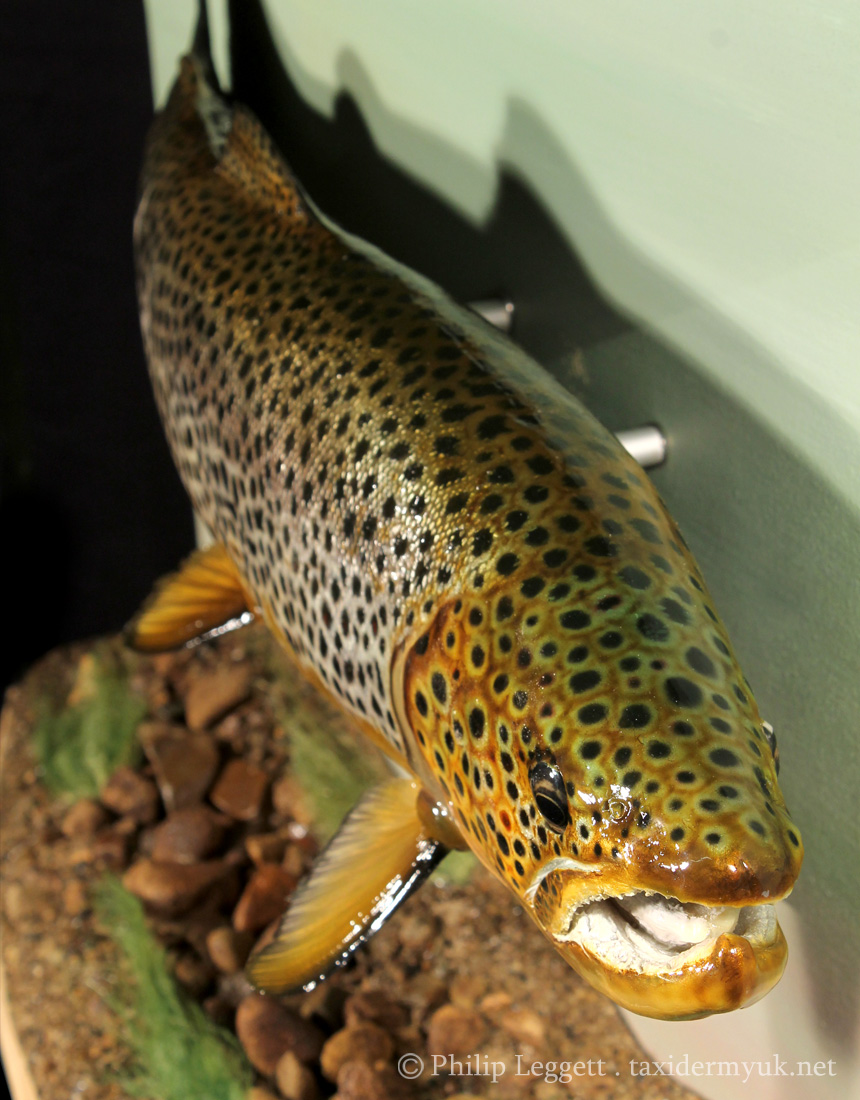 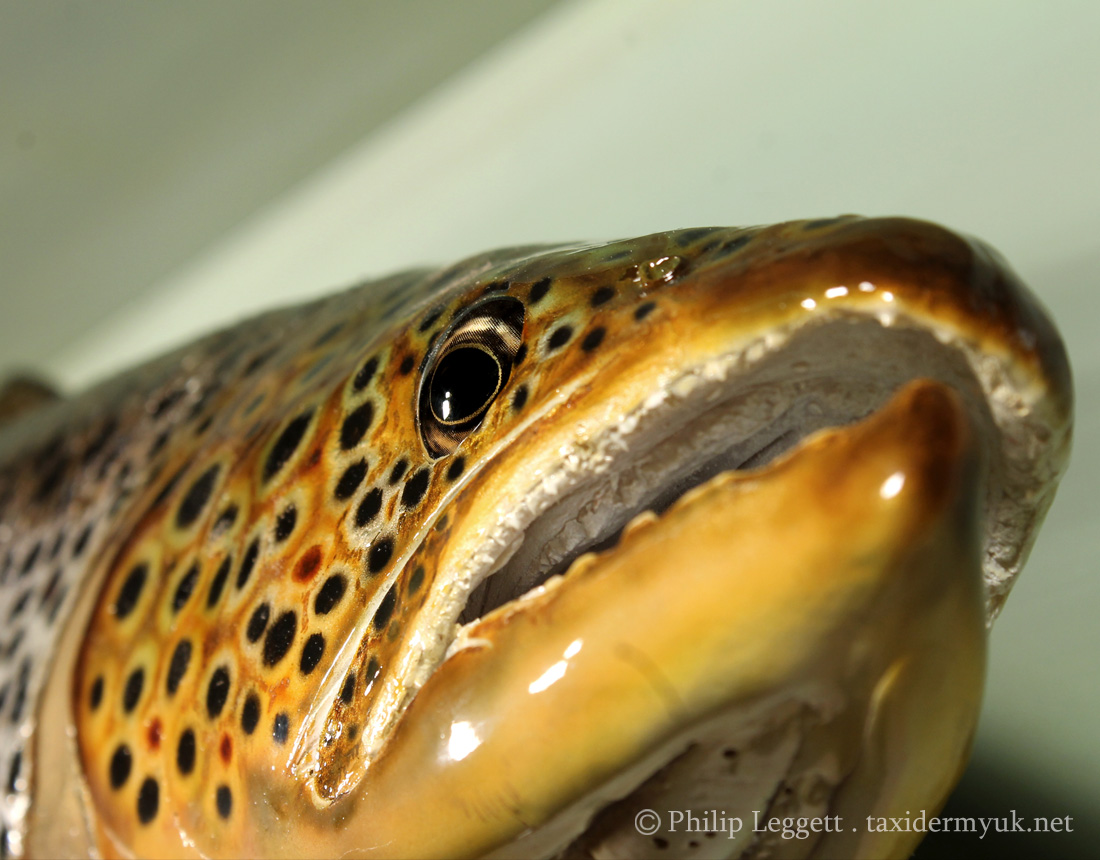 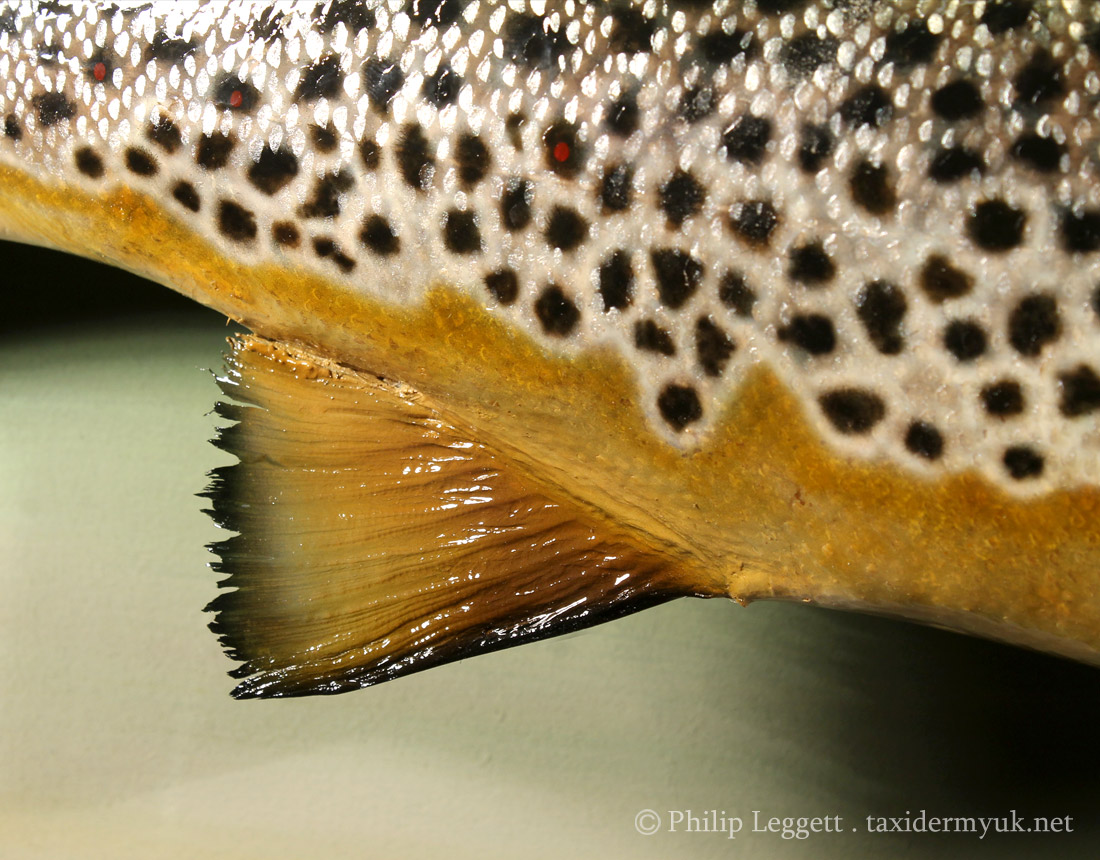 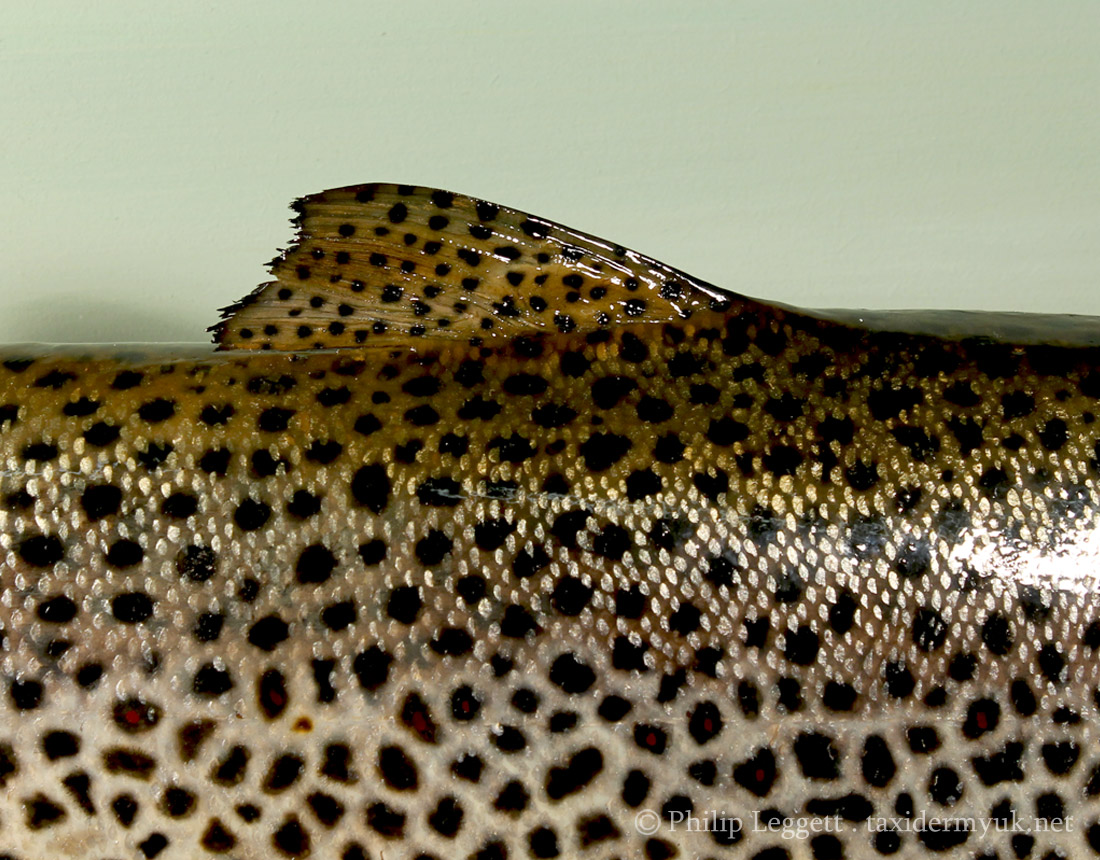 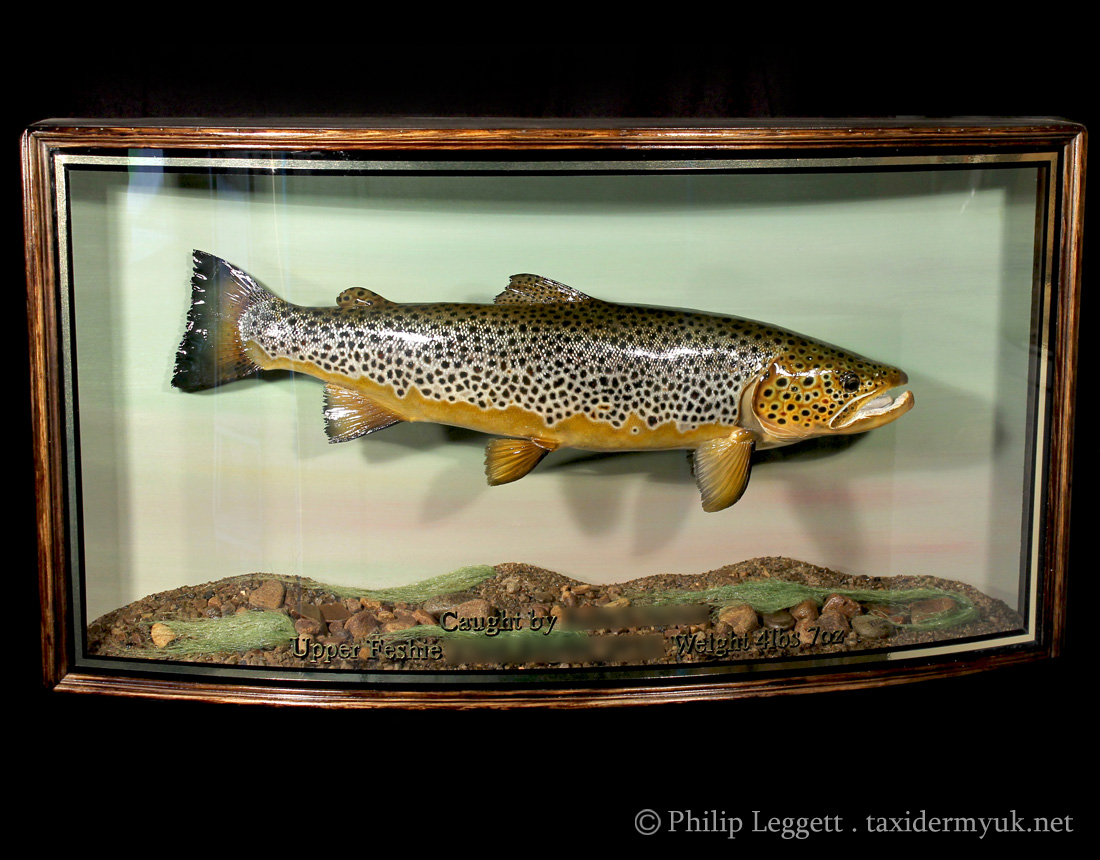 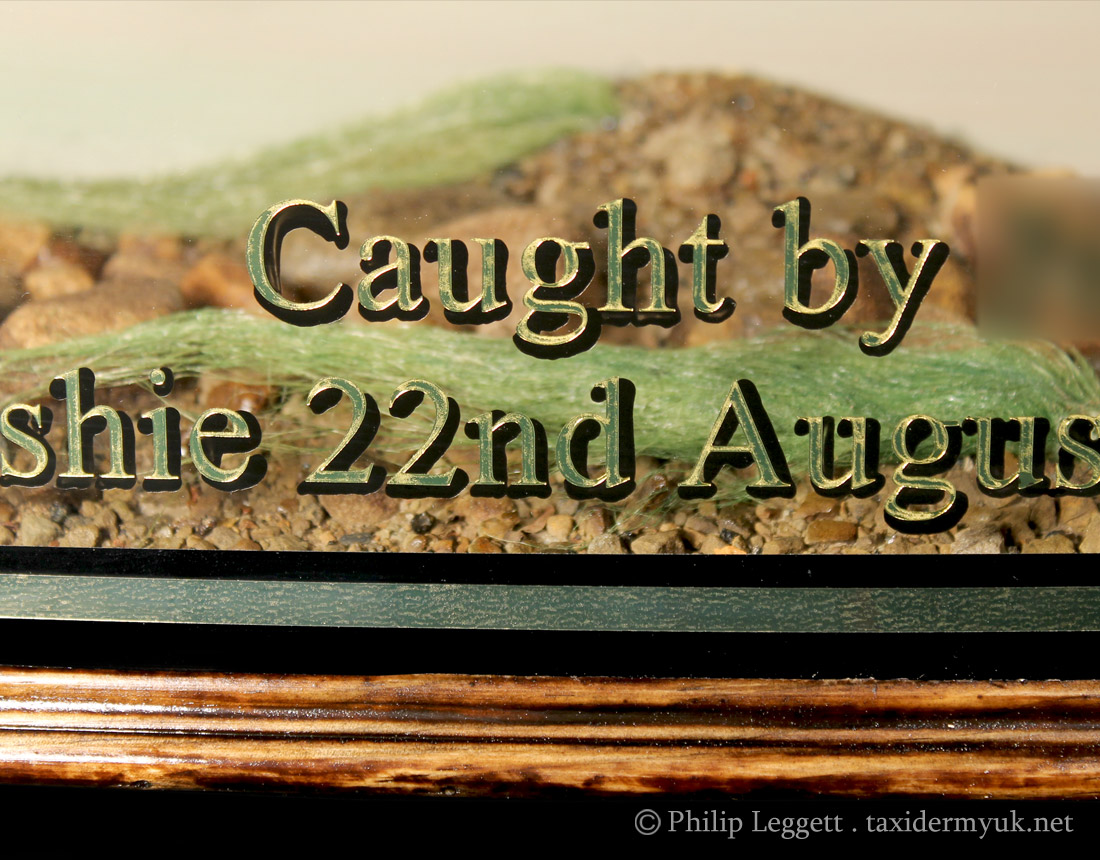 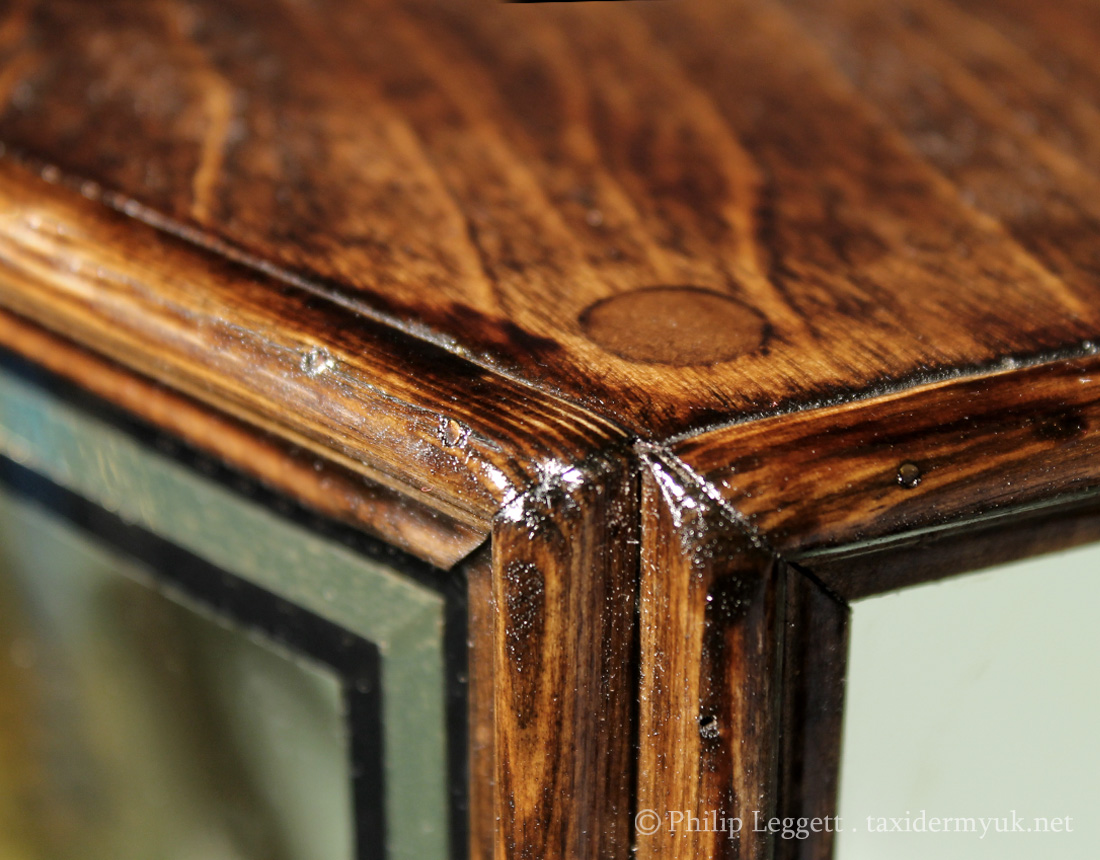 The Brown trout is one of the most adaptable of fish species, found on practically every major continent now, from South Africa to New Zealand and throughout the Americas, though their native range is North Africa into Europe and Eastwards. Brown Trout are incredibly varied in appearance, size and adaptability.  They can be found in many forms that have adapted to live in diverse environments, from tiny mountain streams, tarns or lochs to the very largest rivers and Lakes, even the sea.  These forms vary in appearance, markings, size and diet ranging from diminutive “brookies” of a few inches, eating tiny invertebrates, to the enormous predatory “Ferox” specimens of deep lakes, such as Loch Awe in the UK, where they predate on other fish, including other trout. Ferox can achieve well over 25 lbs  (11kg) The markings and colouration of Brown trout is as varied as their size and diet, few freshwater fish can be as fascinating to look at as a mature brown trout in its spawning livery, when they have stunning colouration and markings.  We have set up trout from all over the UK now, and it is interesting to see how Brownies from different habitats have evolved. As can be seen in the images this fish has the large mouth and jaw, so characteristic of the predatory Ferox Trout.  I once mounted a similar sized fish which was found dead in a very small loch in Sutherland, its stomach was very distended from eating a large number of adult frogs.

Brown trout taxidermy.
This 5lbs Scottish Brown Trout was caught on an Estate in the Cairngorms, in a tributary of the Spey. It is a skin mount presented in a bow fronted case. Our Bow fronted cases are of our own design and construction, designed and built to a higher specification than the basic black painted taped glass designs. They are cut and constructed entirely in our studio and stained and lacquered to our clients’ preference. The stream or lake bed inside is finished to emulate the natural habitat of the subject fish.

This mount of a Brown trout consists of the following components