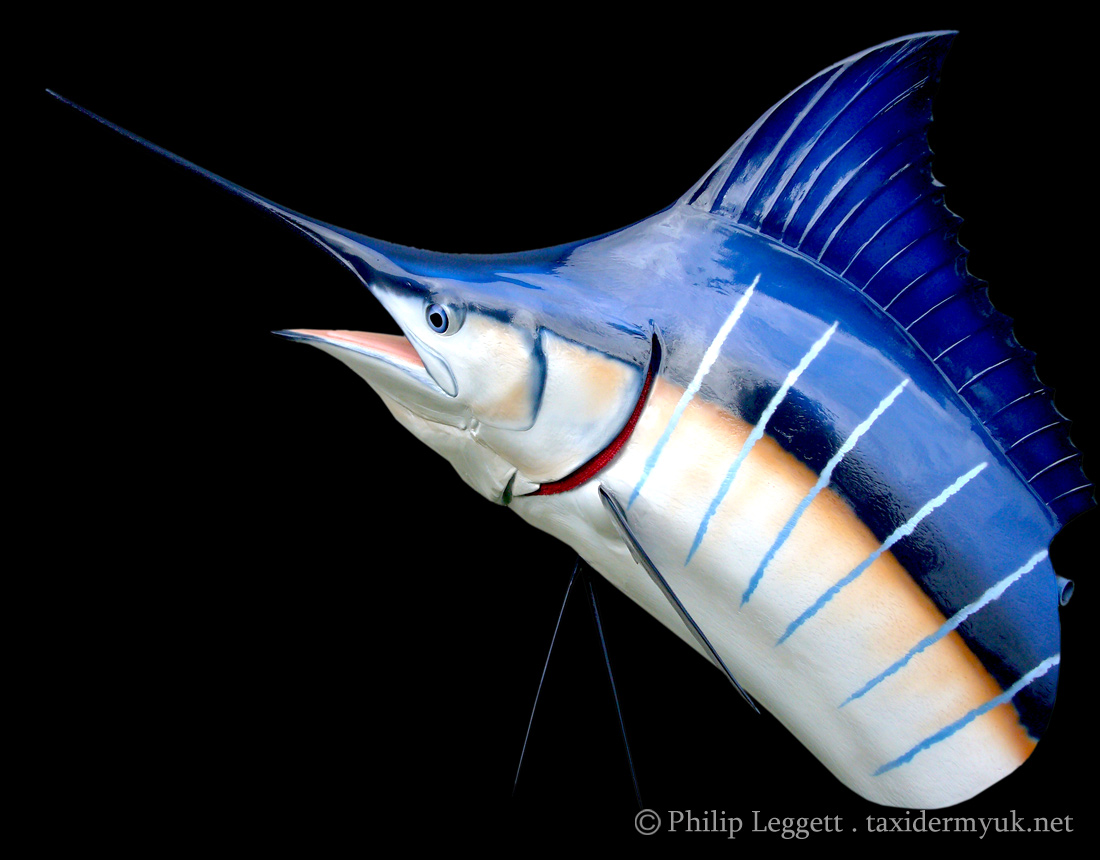 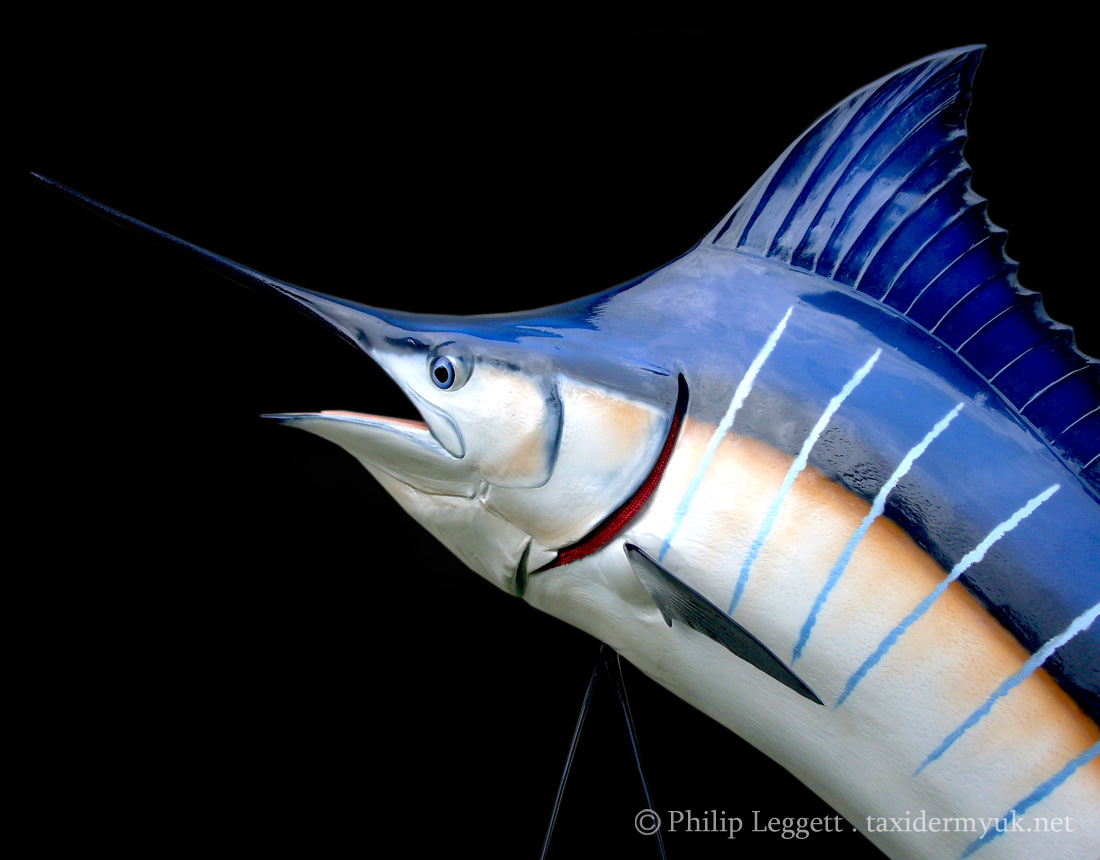 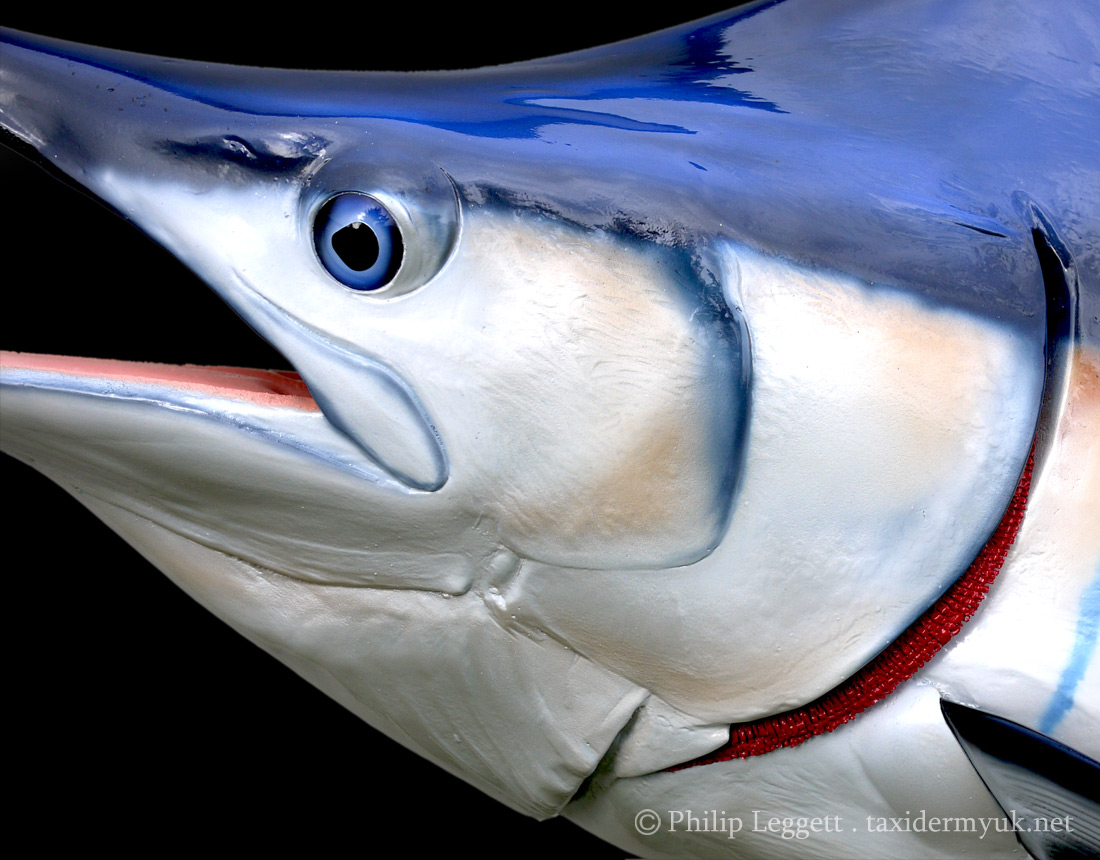 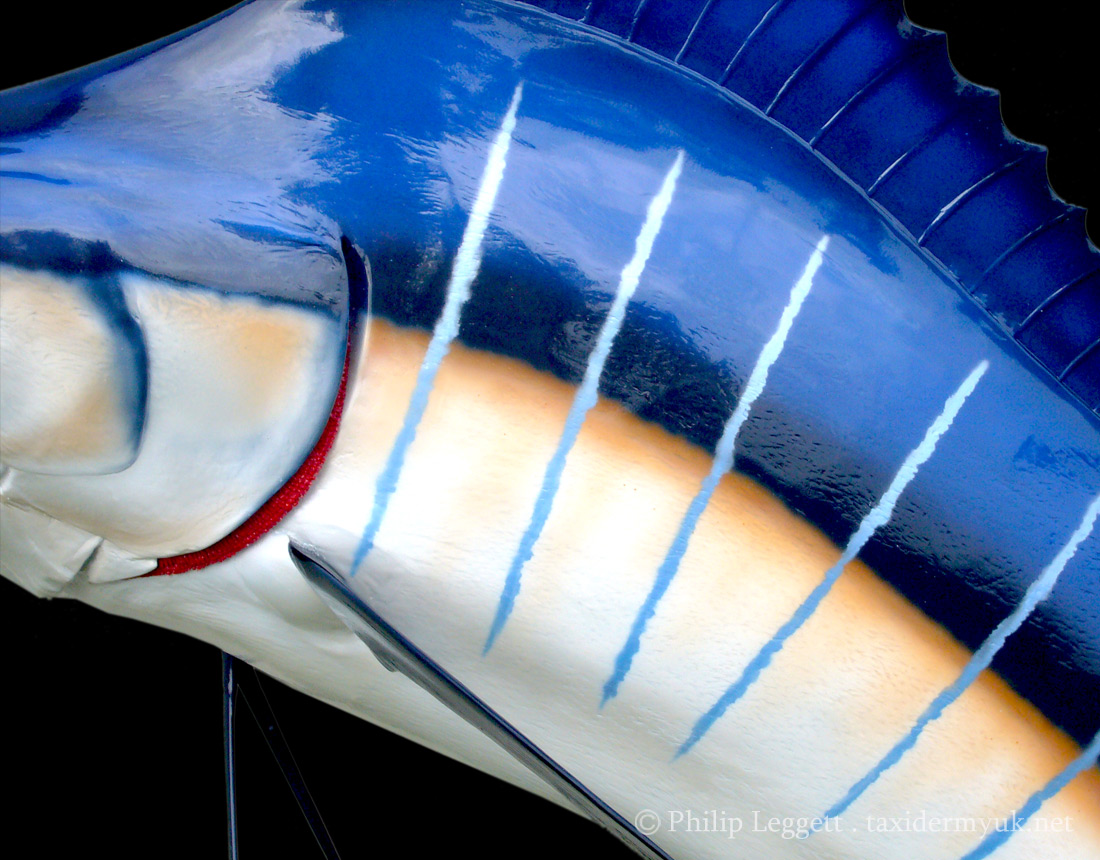 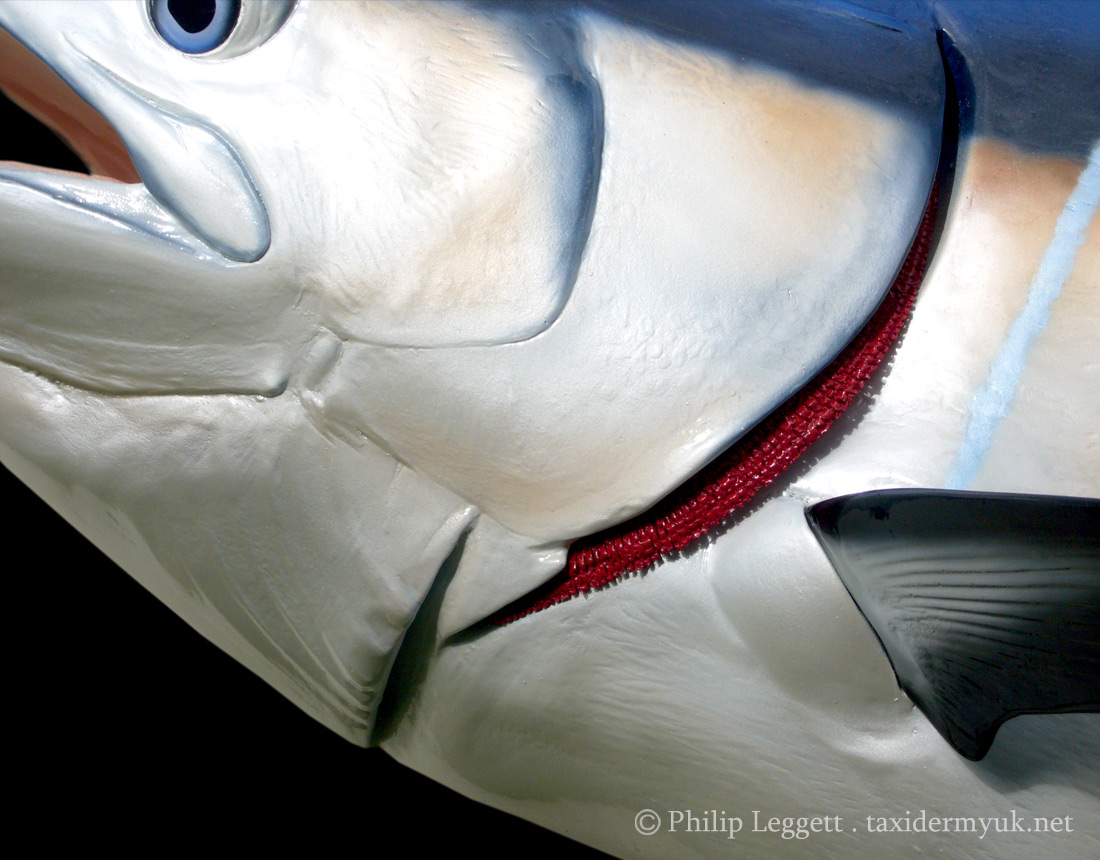 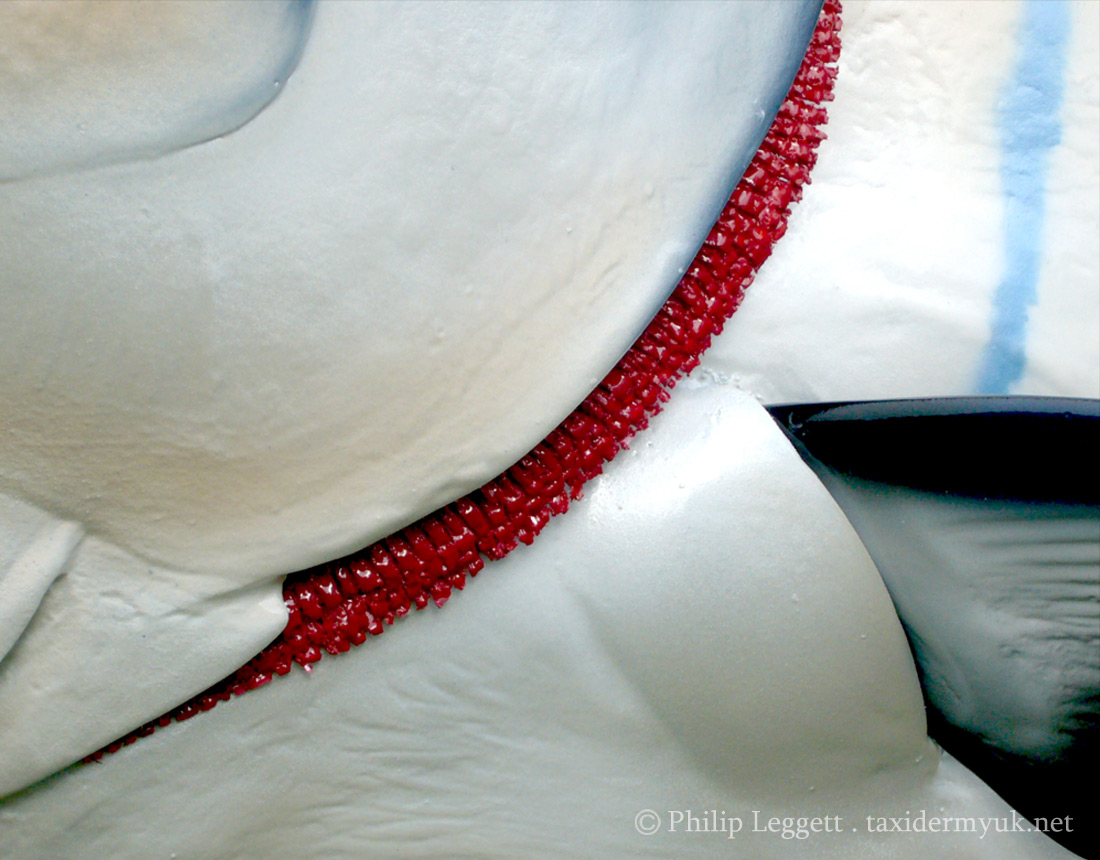 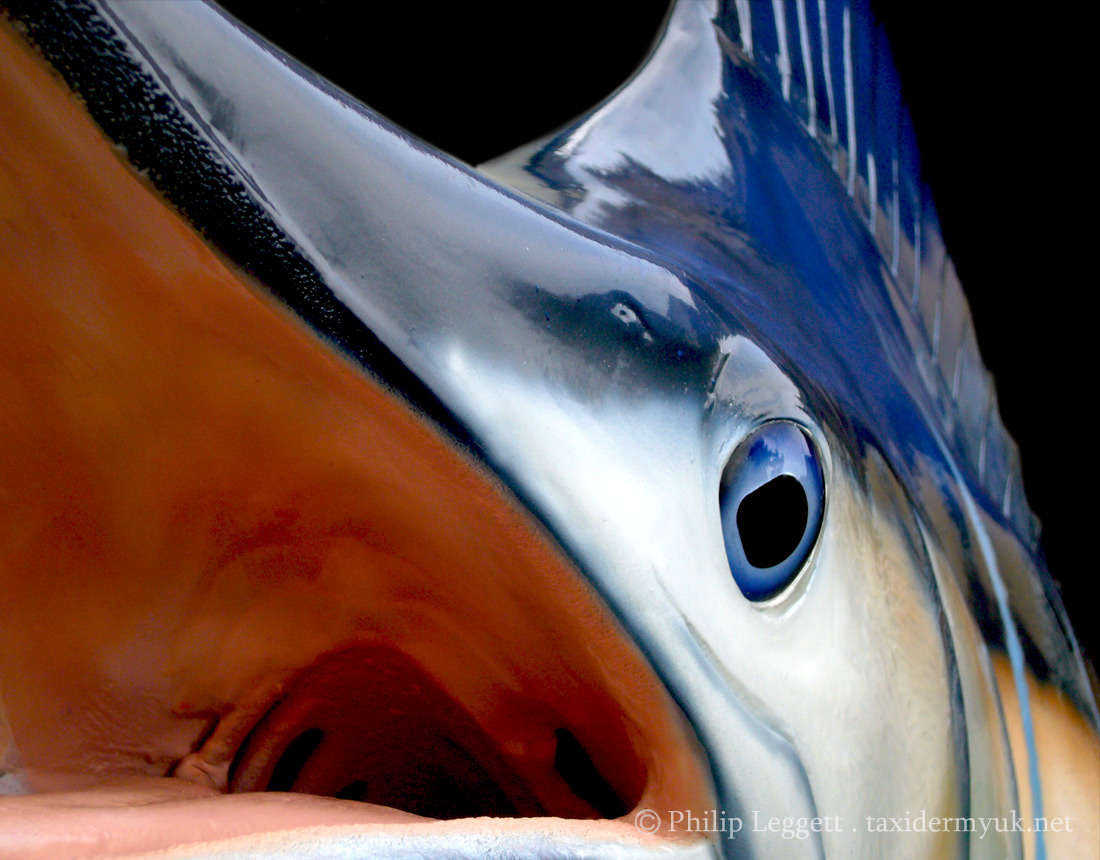 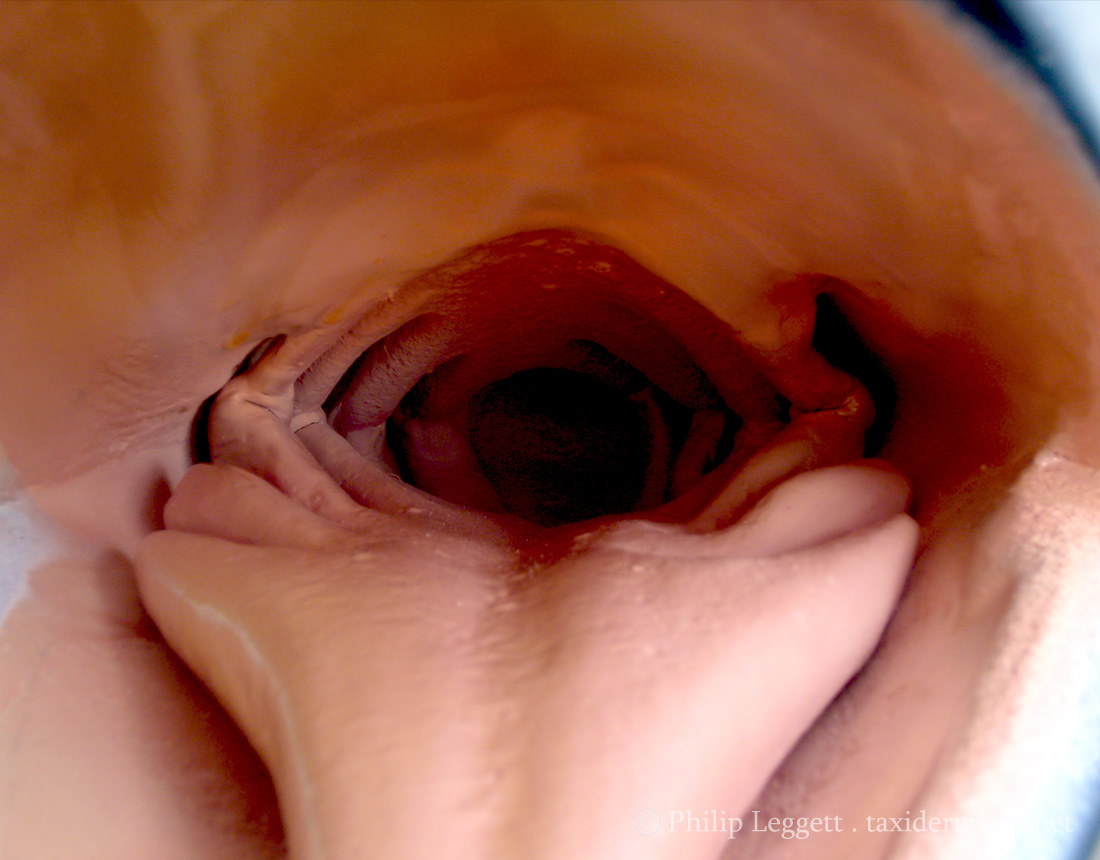 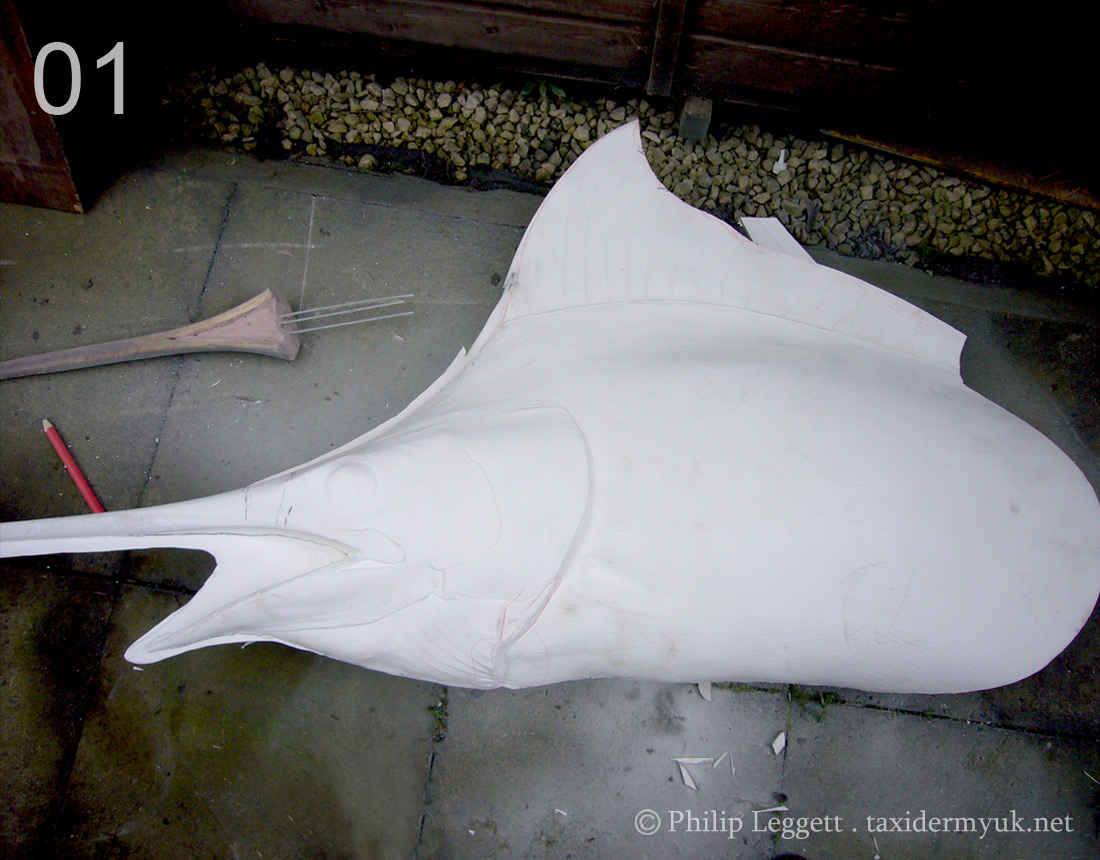 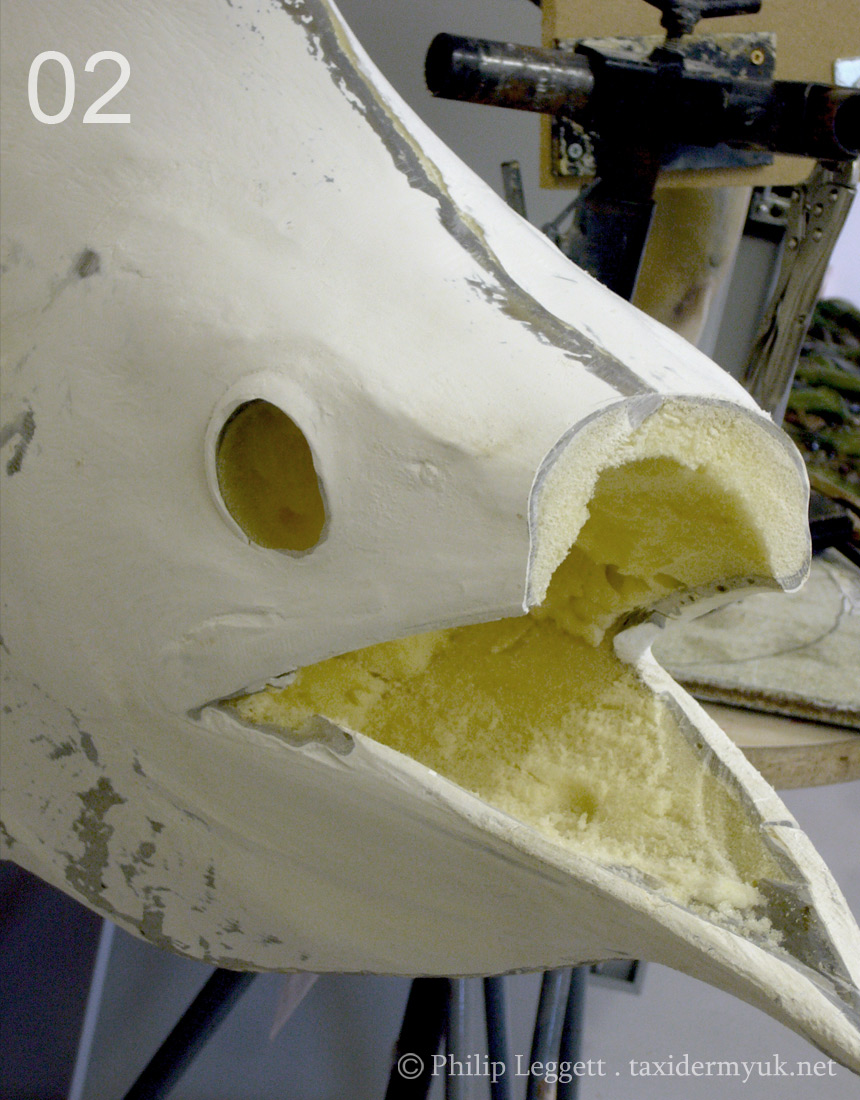 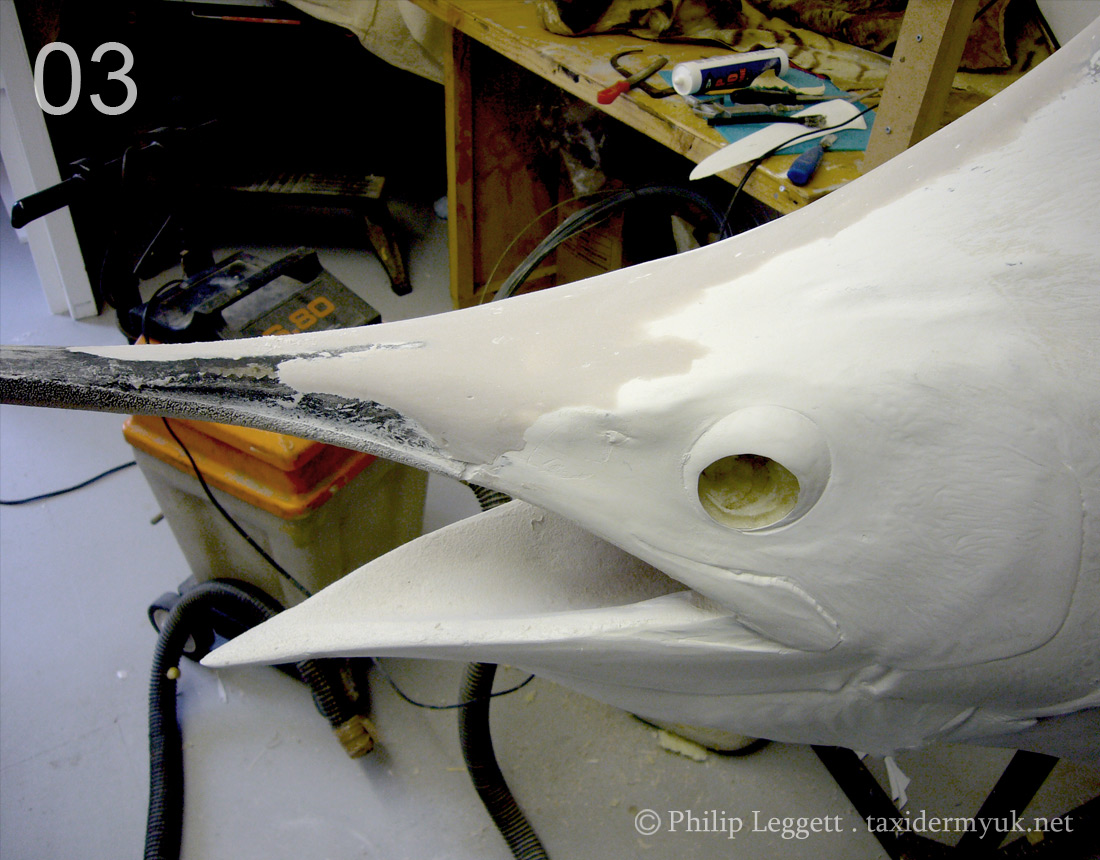 The Blue Marlin is probably one of, if not the most sought after big game sea fish globally. They can be truly enormous fish and there are official records of rod caught fish to well over 1300 lbs. Not a fish which is really known in UK waters, they are found in the Atlantic from around Portugal and then almost all points south east and west down to the south Atlantic. The nearest sizeable sport fishery to the UK would probably be around the Canary Islands, where Marlin fishing charters can be booked.

The Blue Marlin is not a fish we get to work on here in the UK for a number of very good reasons. Firstly, there is no established sport fishery for the species in UK waters. For those fishermen who do travel from here to fish for these leviathans, most are catch, tag, release and are rarely landed.

Also the logistics of handling a fish of upwards of 600 lbs for taxidermy purposes are largely impractical. Those who do catch one, and land it, sometimes take the ‘bill’ from the fish. This ‘bill’ can be mounted on its own on a small shield with inscription, but for the more adventurous there is the option of putting the bill onto a cast of a similarly sized Marlin. This can be anything from just a head to a complete fish to actual size.
This last option requires a substantial financial investment to achieve, but it can be done.

The one pictured here is a forequarter offset Marlin mount. The client had the bill from a 250 lb 87” (2.2 Metre) Blue Marlin so we selected and imported a rough commercial cast or blank from the U.S. to match the size and position required. This very rough and basic blank requires considerable work to turn it from a piece of jagged fibreglass into an accurate portrayal of a Blue Marlin. Images 1&2 show just how basic they are. Image 3 shows the actual bill installed in the head. The blank has no mouthparts, so all these had to be entirely hand made for the mount in the studio, as the mouth is open and the throat is on view. The gills also were made for the mount.

Other relevant costs…
The fibreglass blanks themselves are relatively low cost, however, due to their size and air freight volume, importing these blanks from the U.S. is always disproportionately costly and this is before any work is undertaken by us.

Importation costs, including brokerage fees, airport fees, taxes, tariffs, VAT, handling, freight forwarding and our admin fees must be paid in advance.
Due to exchange rates and other variables these costs are not predictable and can only be estimated.

The blanks are rough and very basic so require a lot of preparation and modelling work to achieve an anatomically accurate replica. They then need to be painted. Quotes to mount a blank are based on its size and quality…we cannot always know this in advance of delivery.

N.B.  Please do not enquire about this type of mount, unless you are fully prepared for the financial commitment involved. We are happy to undertake this work, however, like big game fishing itself it will not be cheap.