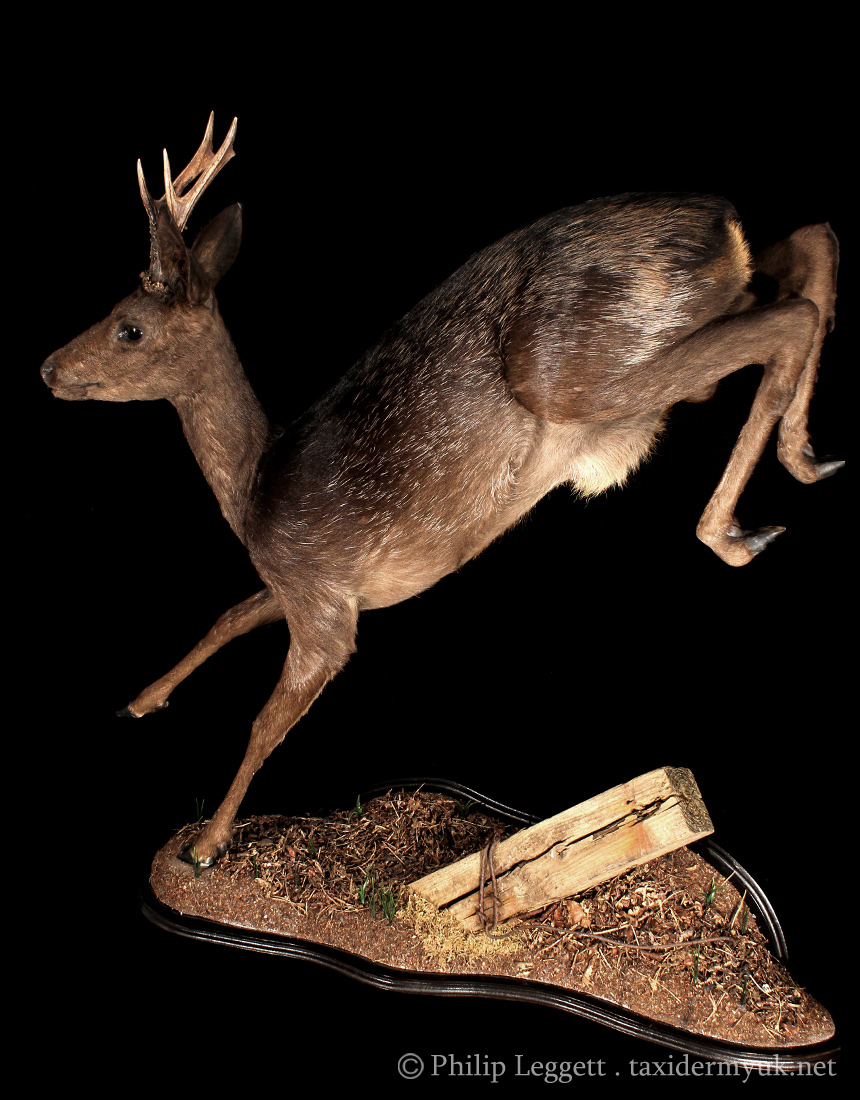 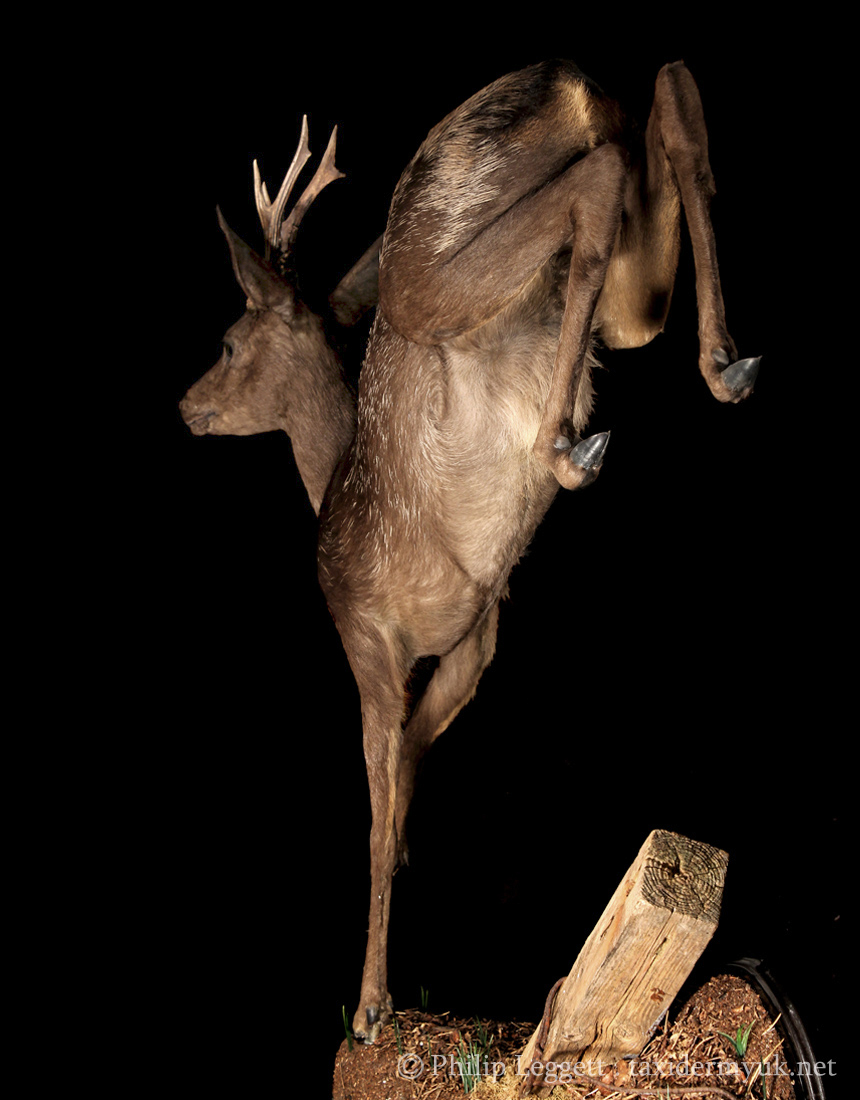 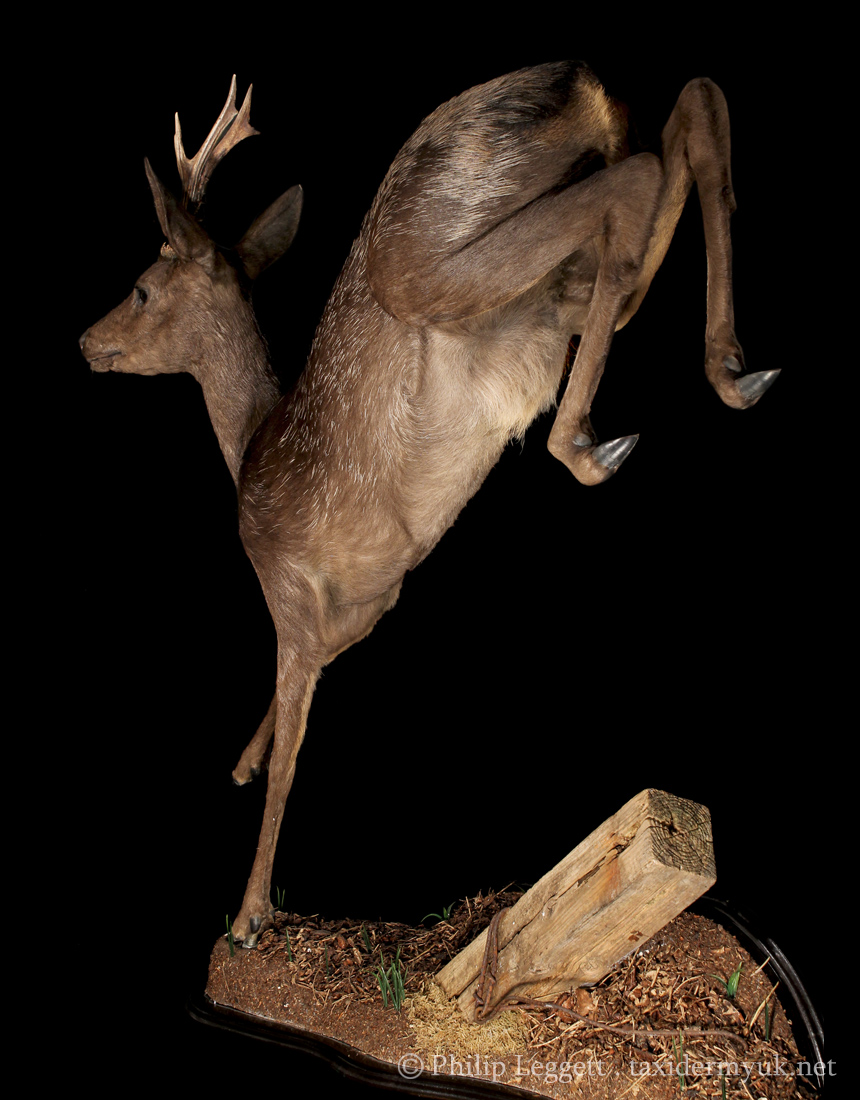 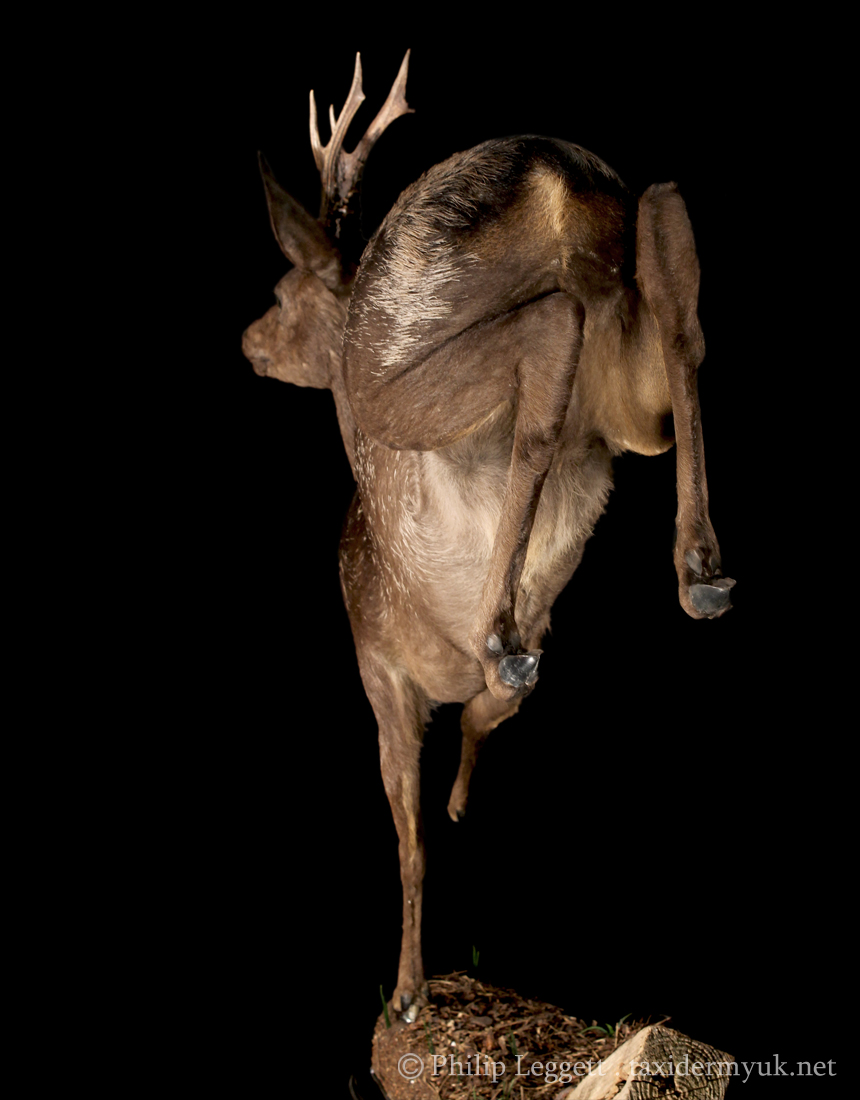 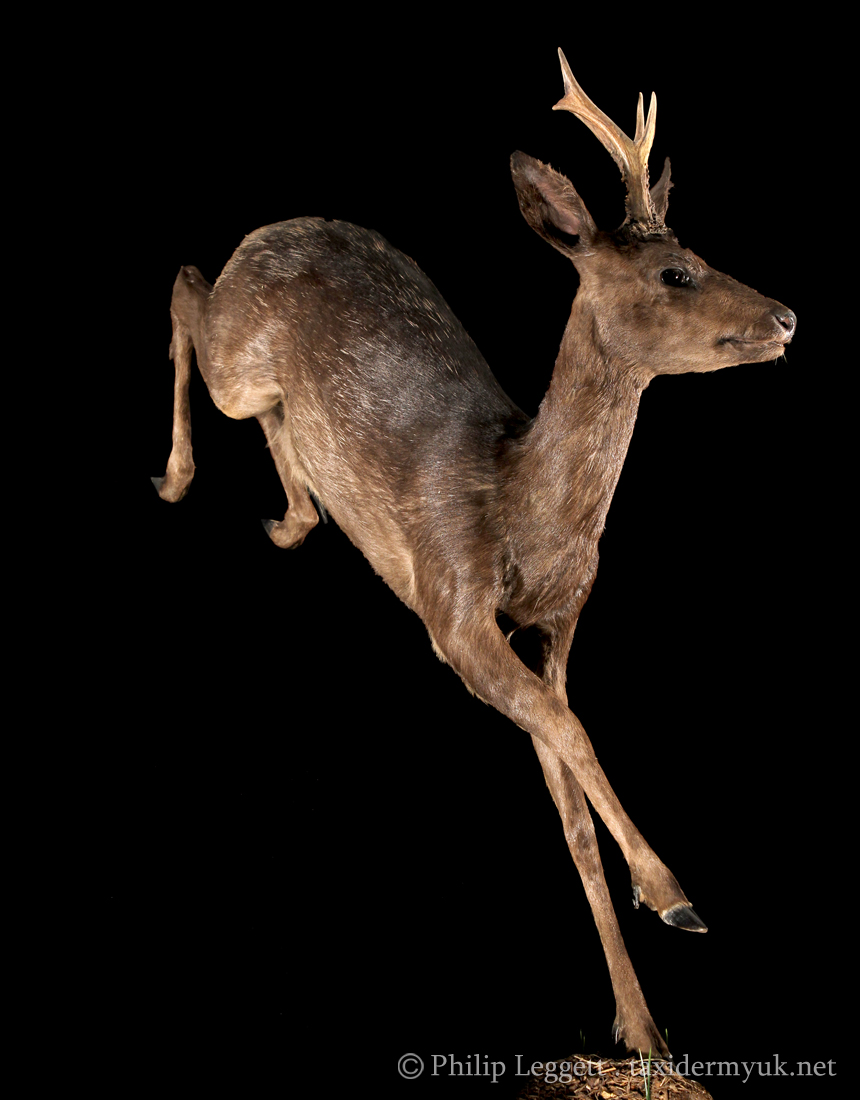 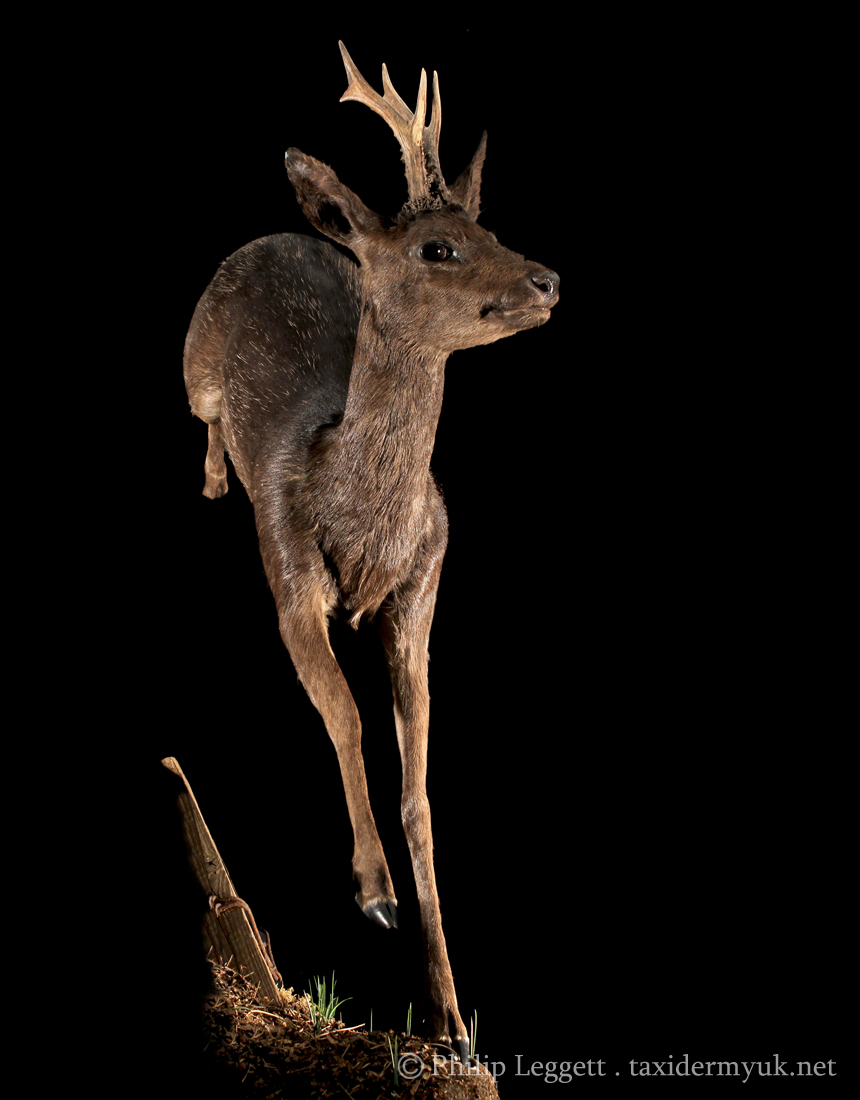 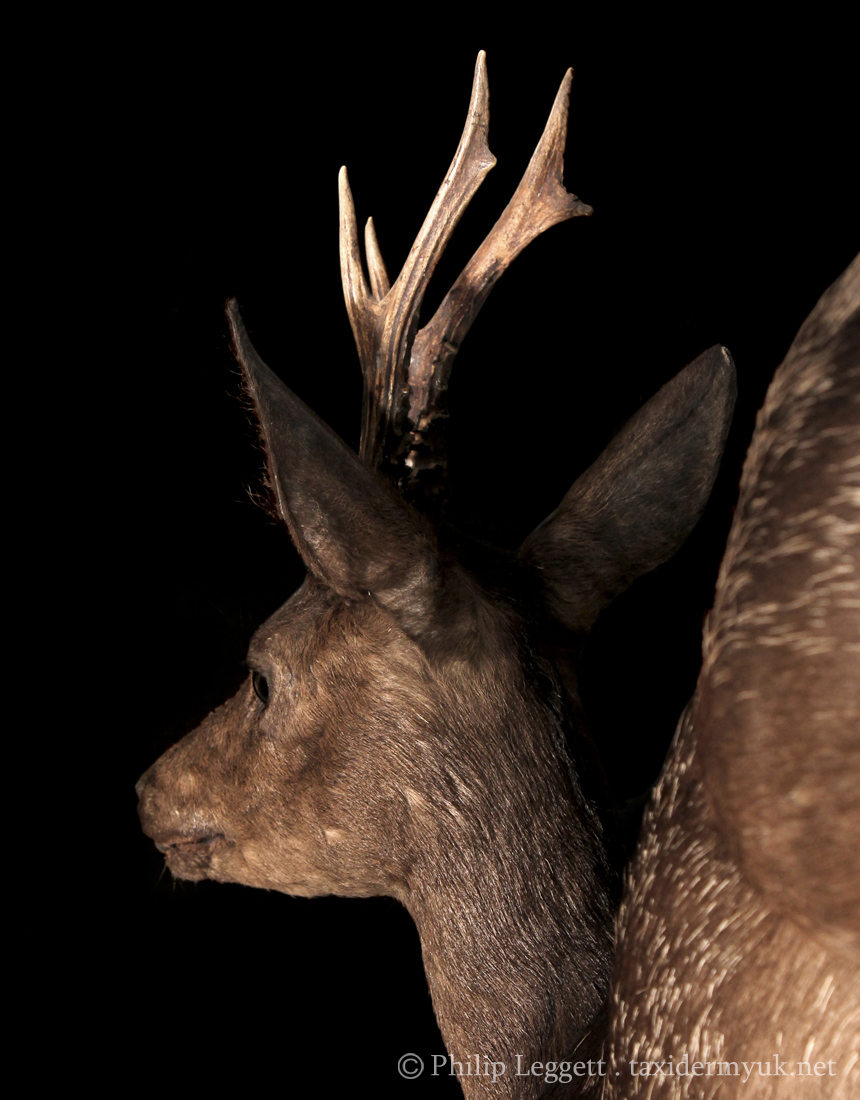 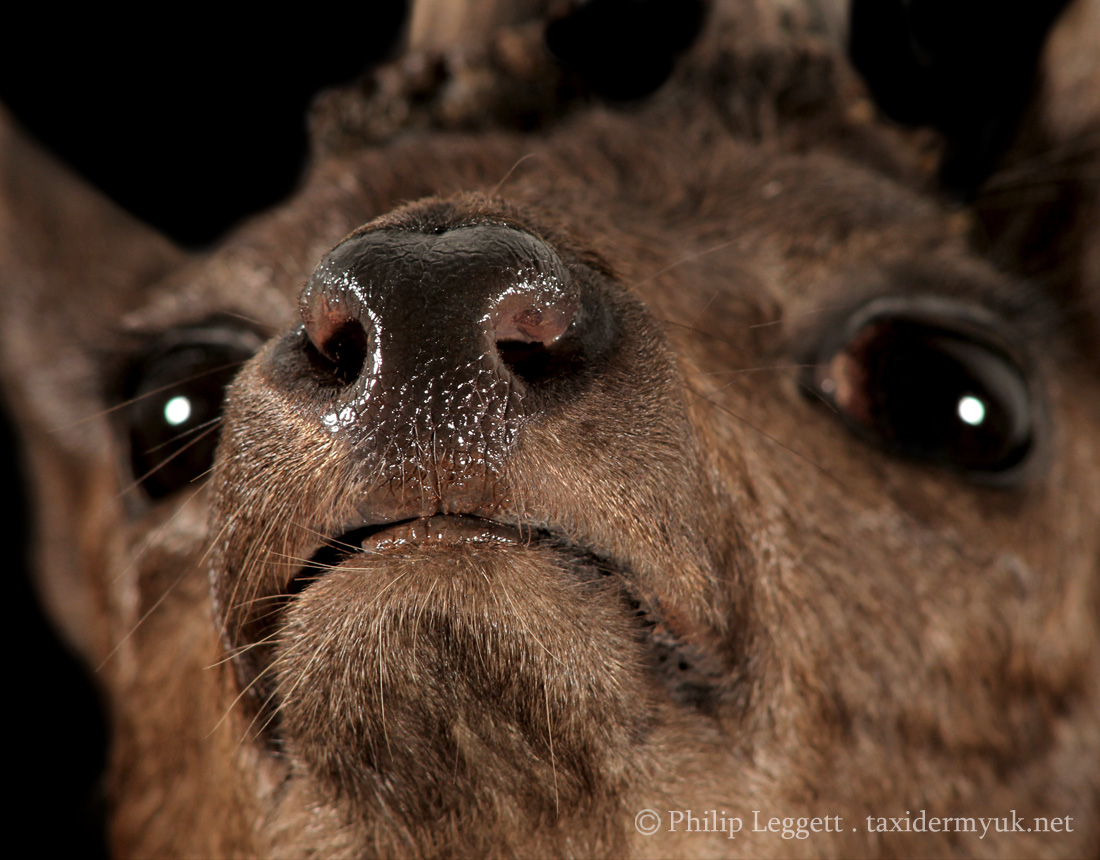 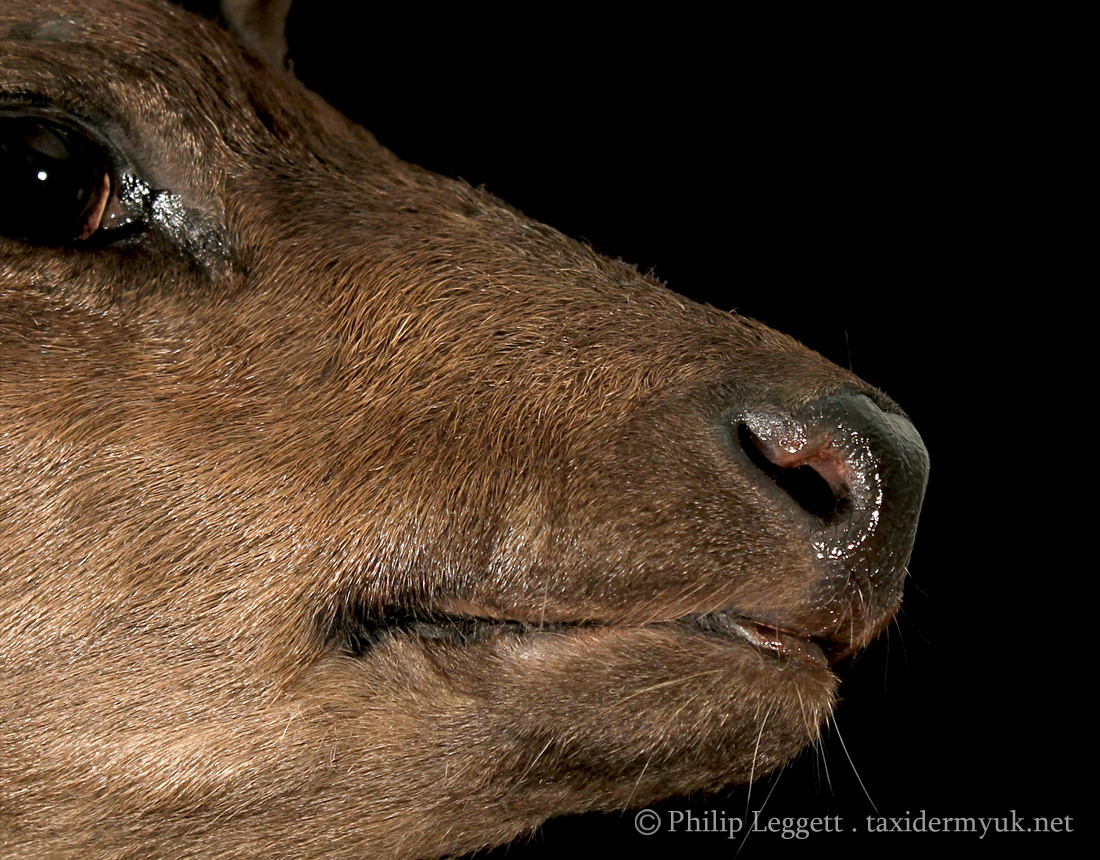 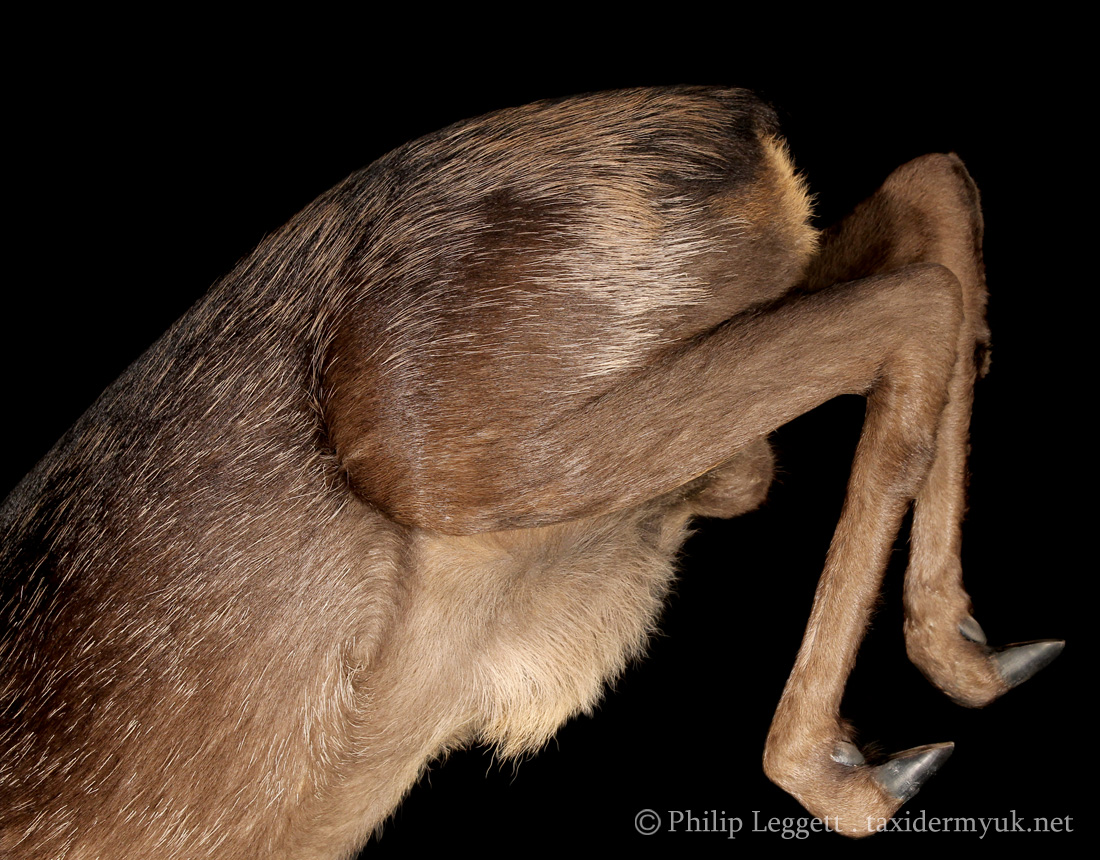 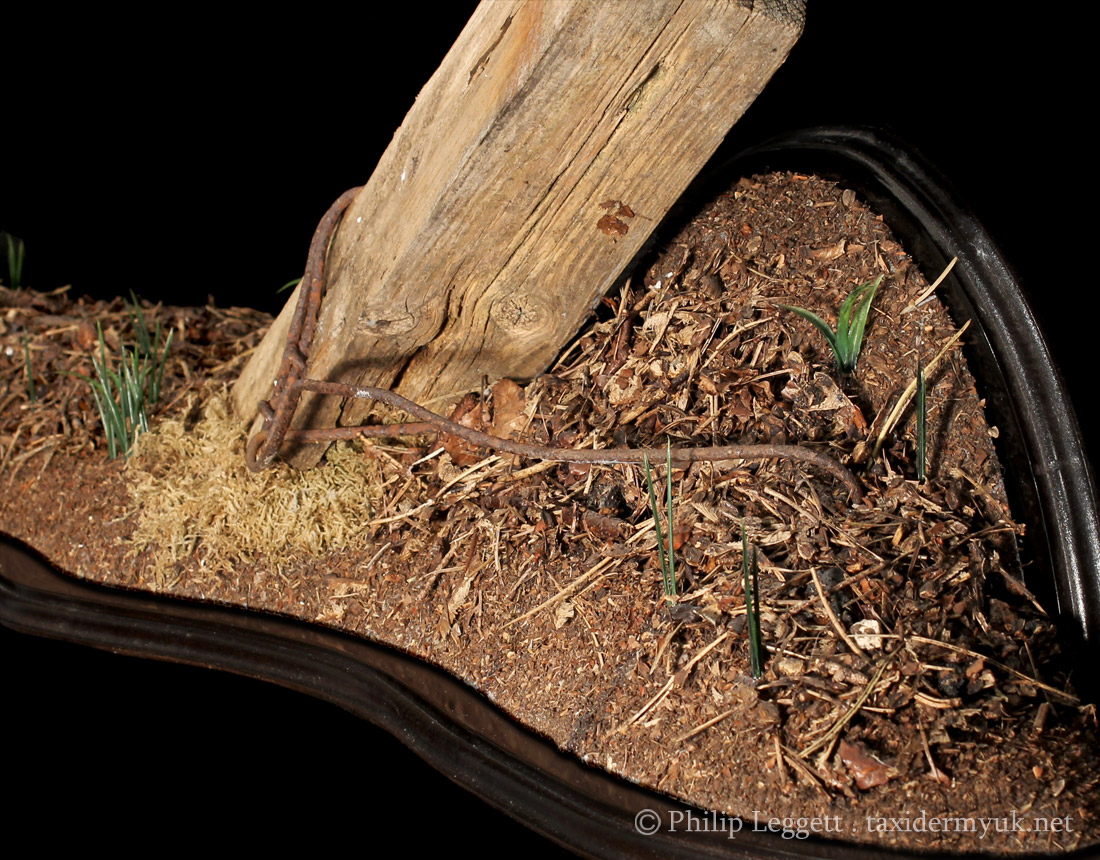 The European Roe deer is generally found in one colour phase; that of the reddish brown summer coat and the much thicker, silver grey winter pelage. However, there are three exceptions to this rule; the first and rarest being the true albino. Second is the leucistic (white) variant, which again is usually a localised random occurrence and cannot really be described as typical of any particular region.

Finally, there is the Black or melanistic Roe. This variant is different, as it does occur predictably as resident in specific areas of mainland Europe, mainly in North West Germany and into the North East of Holland. It is notable that the melanistic Roe do not seem to get the antler size of the more common strain and the specimens I have personal experience of were also somewhat smaller in body weight and physical size too.

Most full mounts are presented standing on all fours on a square base placed at floor level. This presents the animal poorly for display and takes up considerable floor space. How many ornaments in any house are displayed down on the floor?
Deer may live on the ground, but displaying a costly mounted one there, in my view does not work, unless it is lifted closer to eye level. The floor level mount tends to be overlooked and gets relegated to behind the settee!  Lifting the mount up from the floor to the eye line of the viewer is the solution to this. This can be on a purpose built pedestal or (as in this case) wall mounted. It saves floor space, looks far more aesthetically pleasing and draws the eye to the mount.

The pose chosen for this mount is a somewhat dynamic action one; the roe deer leaping, landing on one foot. I initially looked at some commercial forms for producing this piece, however, all were proportionately too big, and none of them to me capture the ballerina like elegance and poise of a leaping roe deer. I could have altered a commercial form to the desired pose, but on this occasion we produced our own bespoke form, from scratch, and GRP moulded it to provide a bespoke form for a smaller Roe buck. Prior to producing it, I researched images and footage of live deer in action; leaping fences and ditches, noting and referencing how the position changes throughout the leap (or flight). I chose to create the form to capture the deer at a certain point in the “flight” just as it lands with its hind quarters tucked in tight and the deer landing at a steep angle, with just one foot contacting the ground.

Mounting a deer in a pose such as this quite obviously requires more planning and studio time than a basic floor mount and that will be reflected in the fee to do it. That said, when one considers the extent of the total investment required to acquire it in the first place, the cost difference is minimal and outweighed by the look of the finished piece.