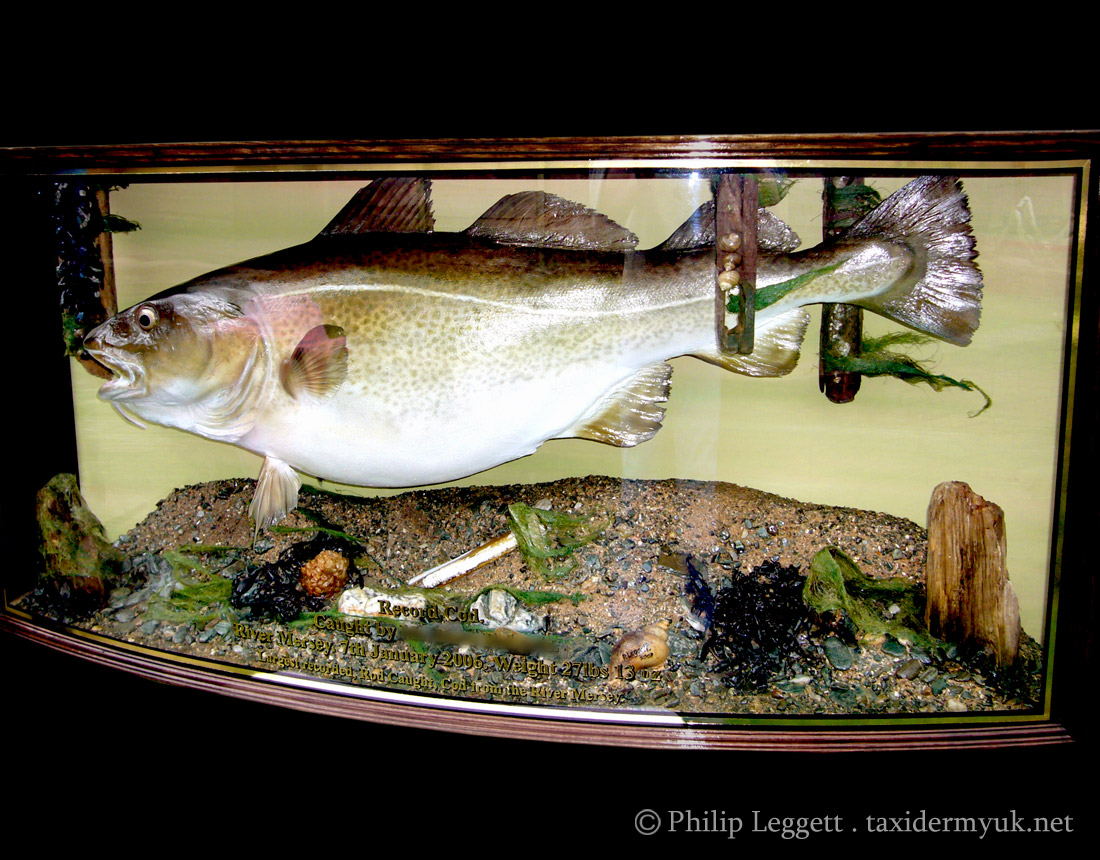 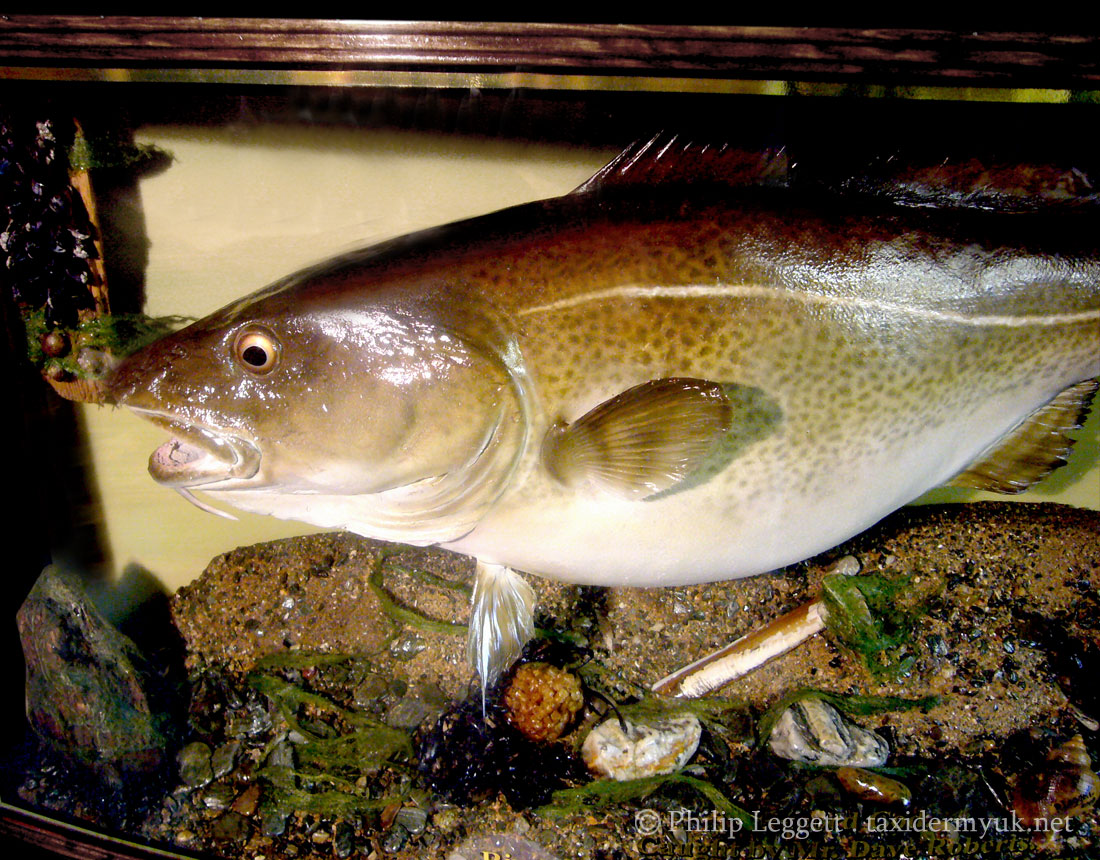 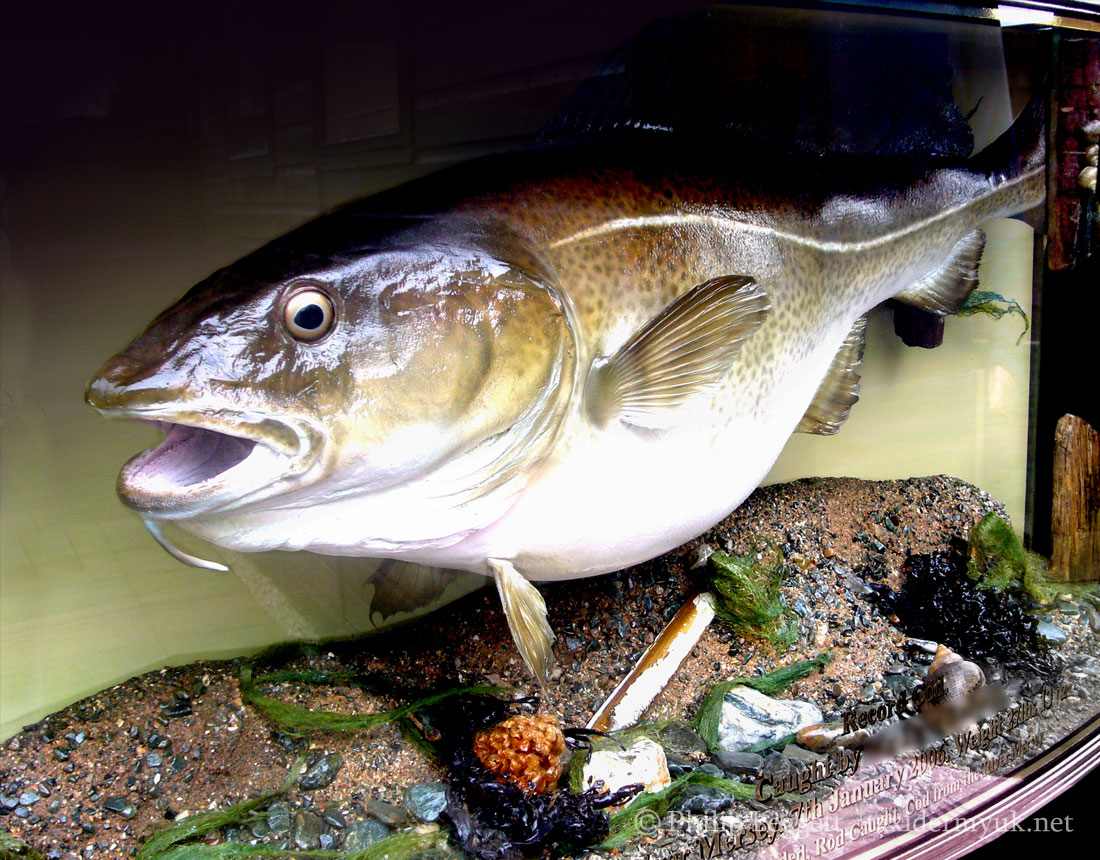 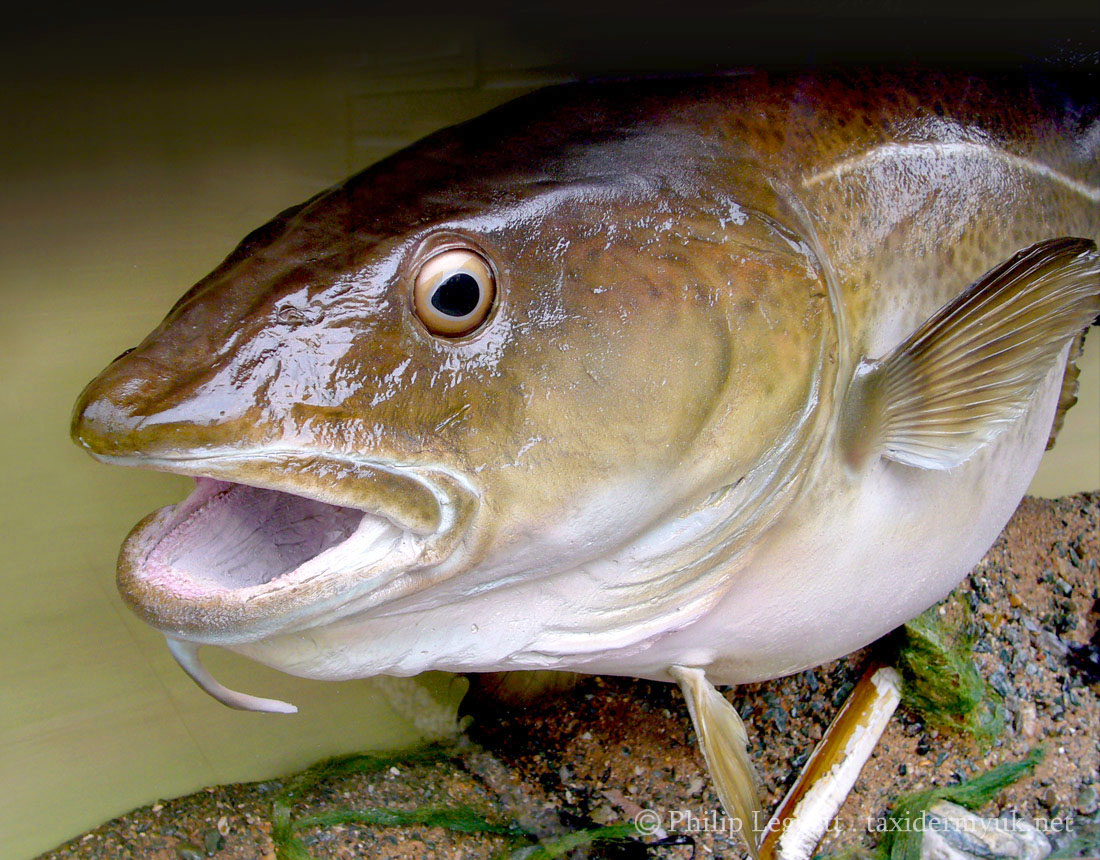 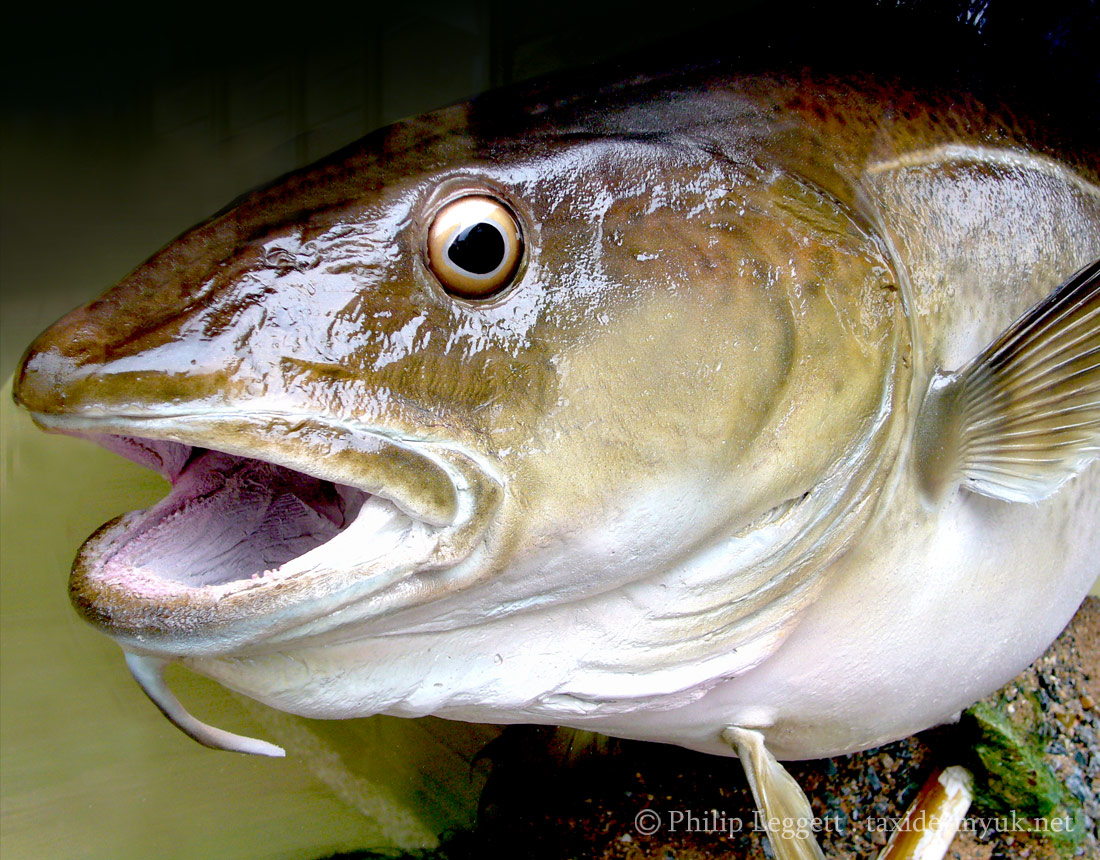 The Cod, to most people, is probably something little thought of other than being enjoyed coated in batter with a few chips, or remembered as being the cause of the “Cod wars” between the UK and Iceland, back in the 50`s and 60`s.  They are found throughout the North Atlantic and can attain weights of over 80 lbs, with a record to 180lbs for a fish caught by a commercial long liner off Norway in 2013. The UK rod caught record is around 58 lbs back in 1992. The waters of Norway are very productive and fish over 50 lbs are regularly caught there.
Cod are not fussy eaters and will eat just about anything they can get into their enormous mouth, including other cod. They are a very popular species with sea anglers around the UK from both shore and boat and are found in very varied sea bed habitats, from shallow muddy estuary to deep wrecks.

This specimen was caught on the River Mersey in 2006 near Liverpool, from a boat just off Seaforth Docks and was, to that date, the largest rod caught cod in the area by some margin.
It weighed 27lbs 13 oz. We mounted it for the client as a skin mount and presented it in a traditional bow fronted case. We created the setting to have the cod swimming through a long rotted old wooden wreck on the sea bed with mussels and shellfish attached to the old timbers, with sea weed drifting in the current. The Cod is mounted in one of our traditional bow fronted cases to the clients’ specification. This is a skin mount of the actual trout and not a cast or reproduction.