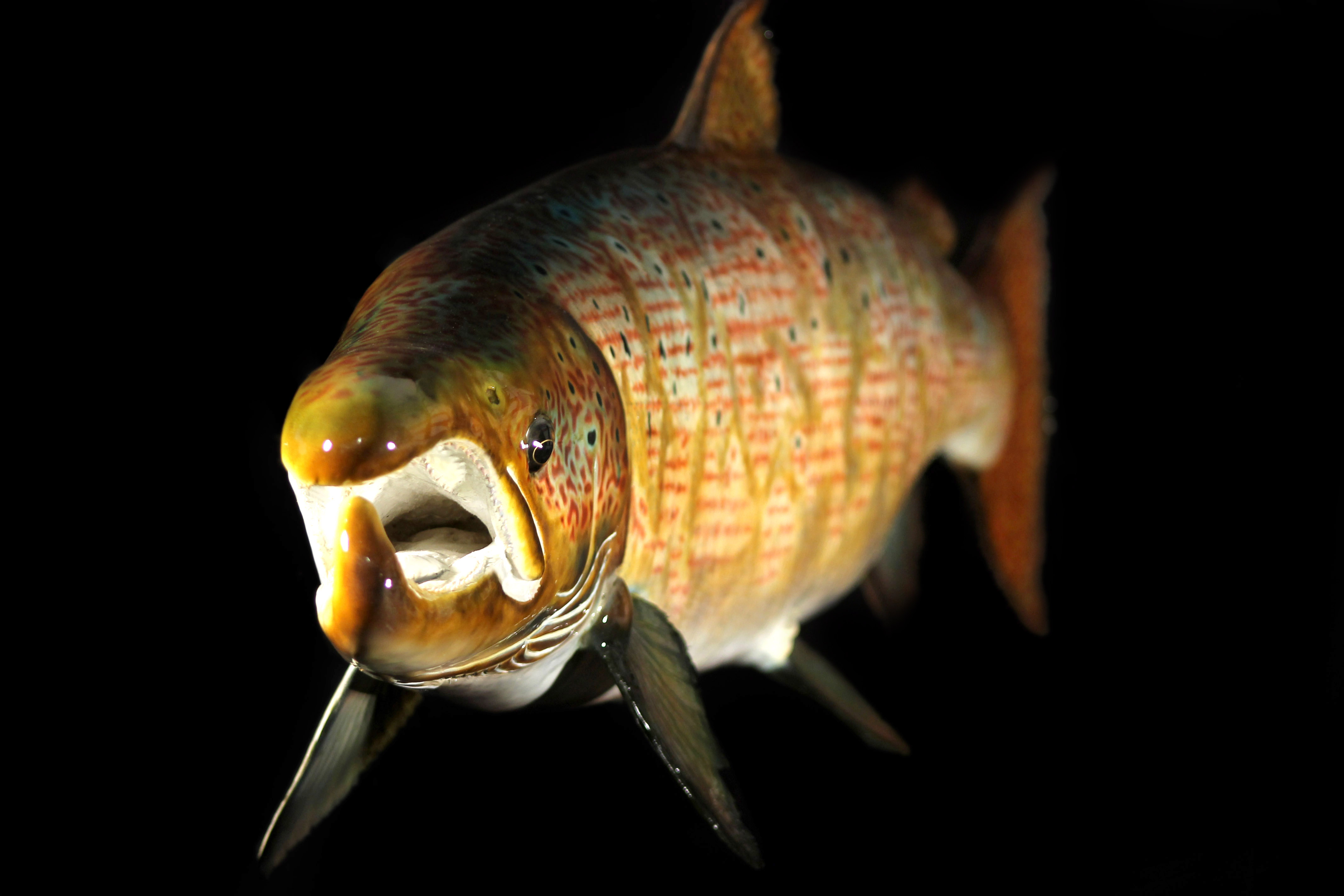 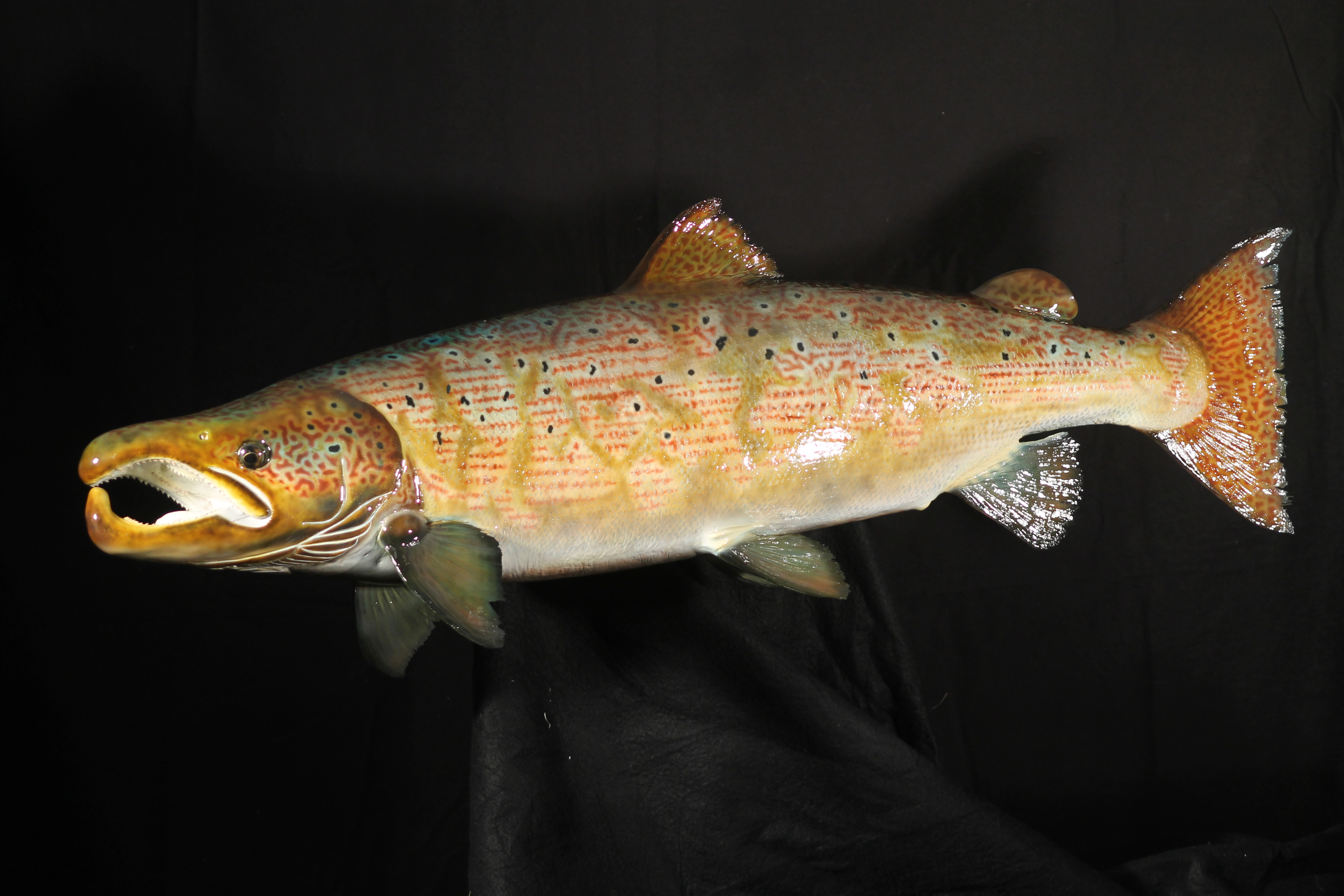 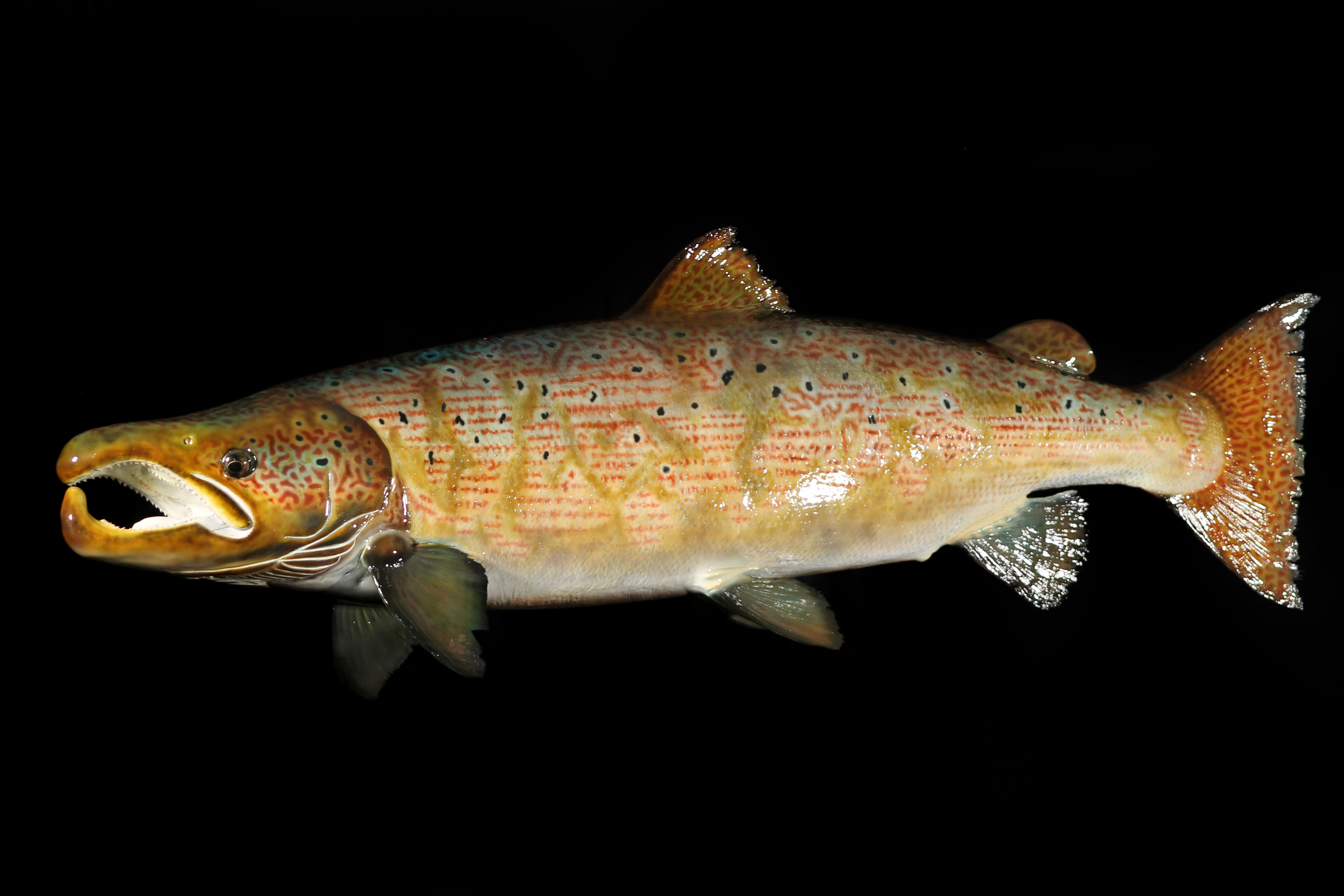 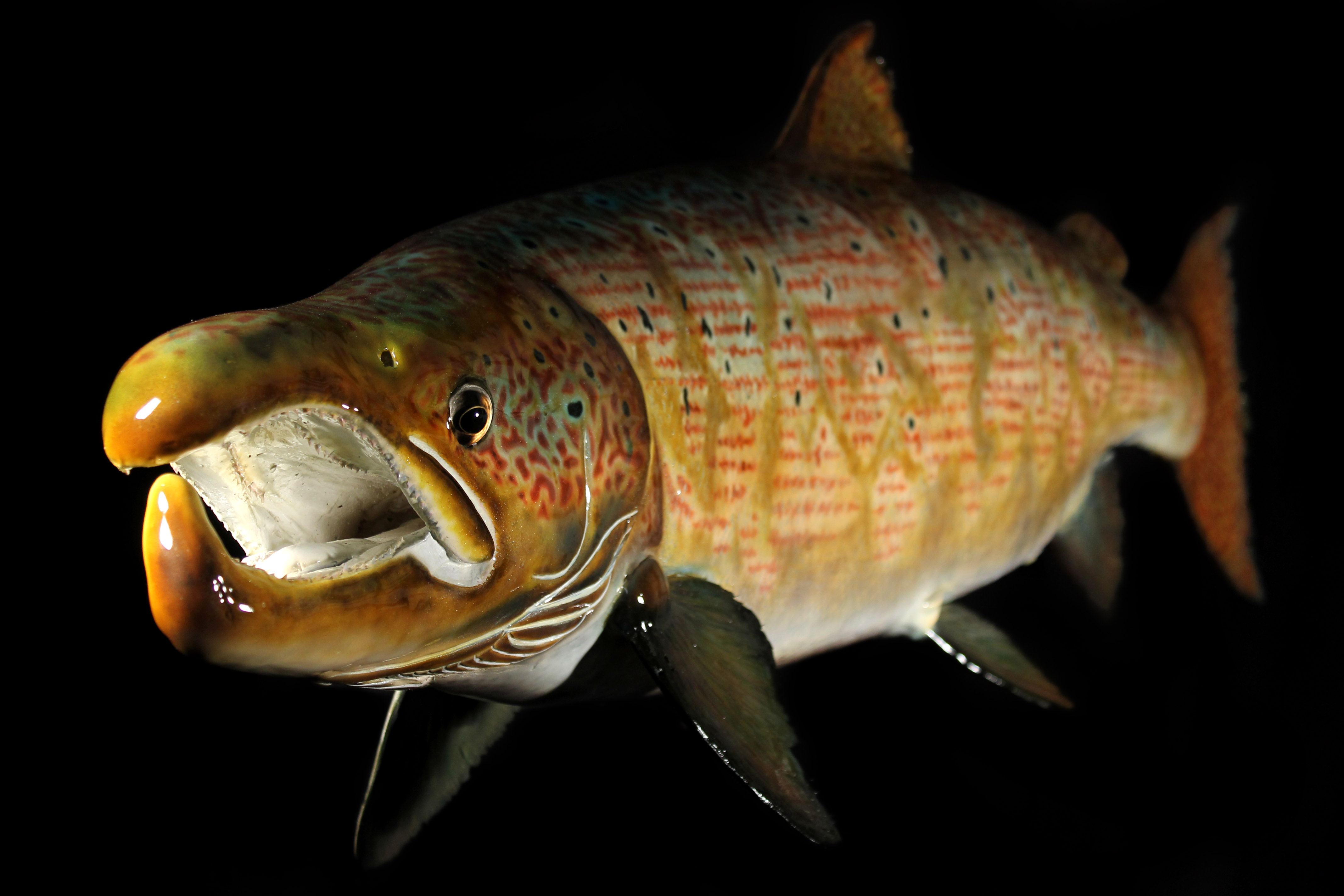 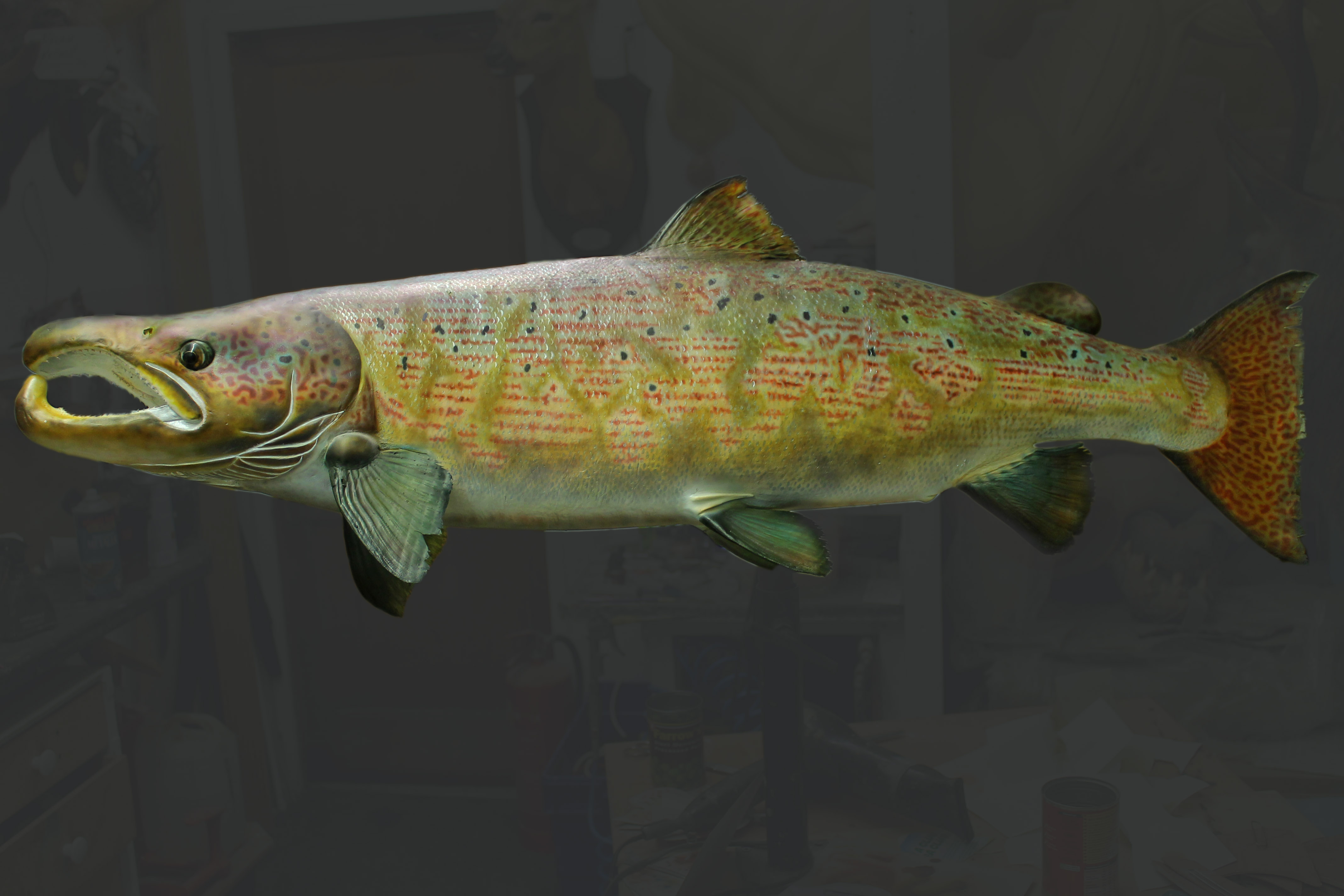 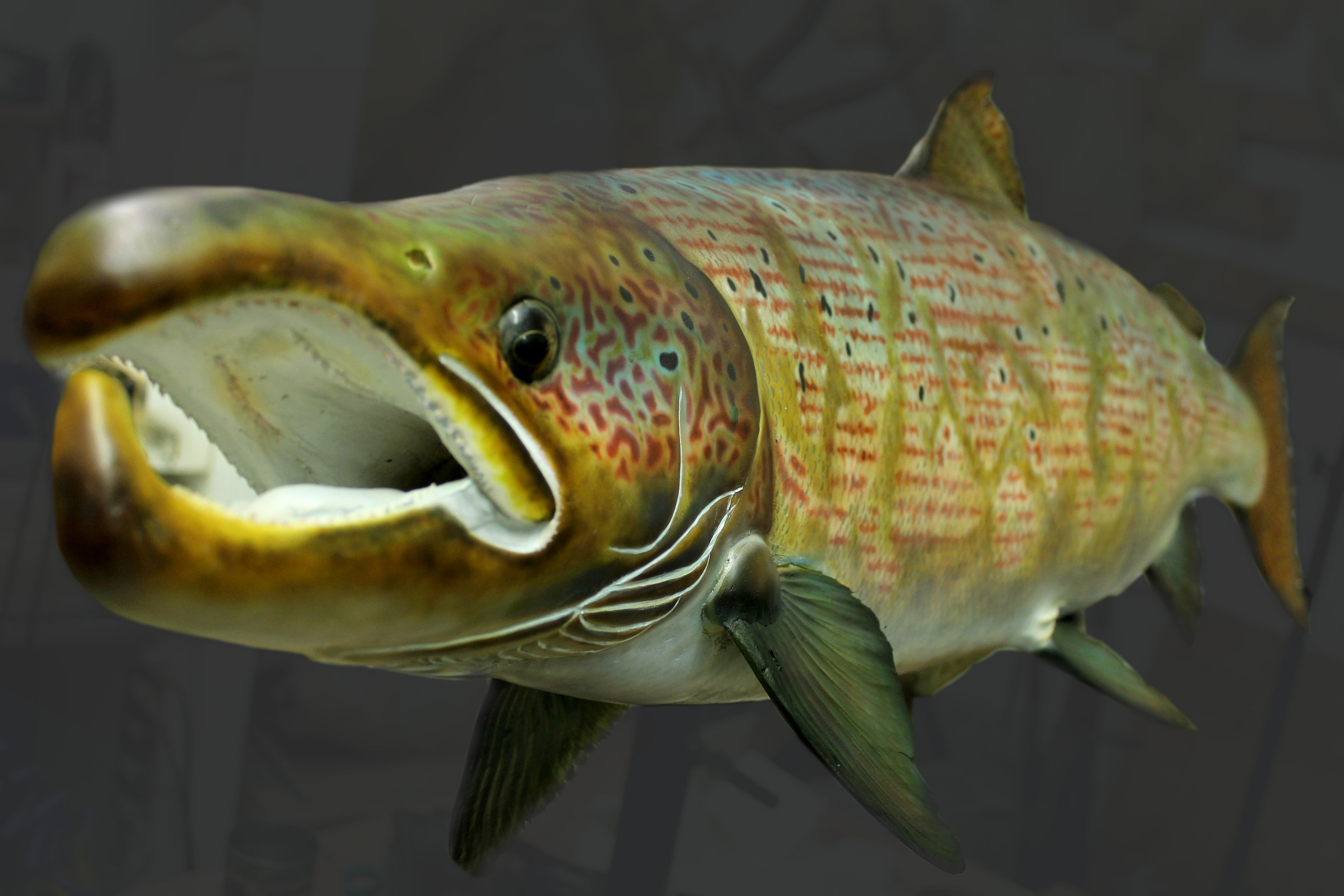 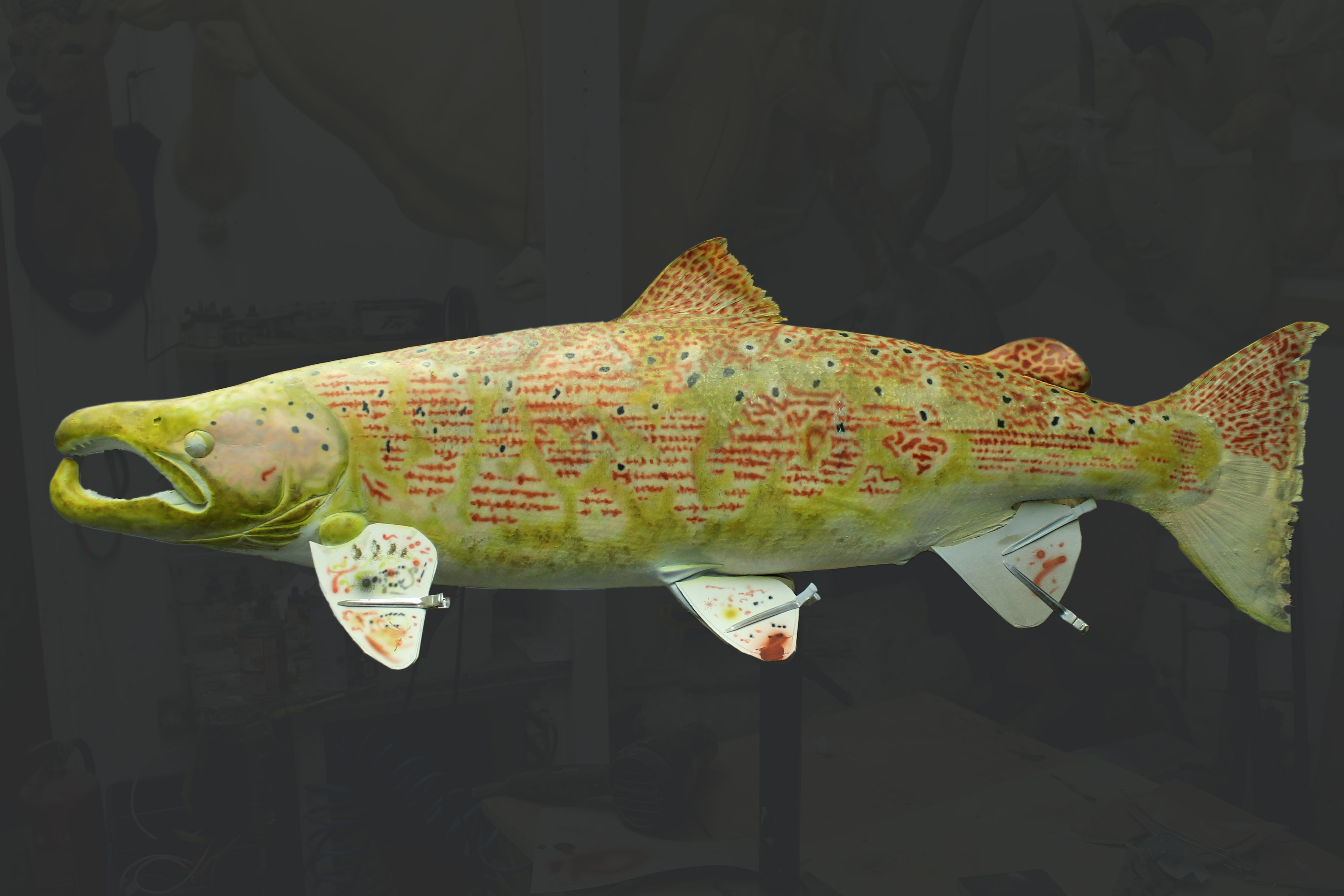 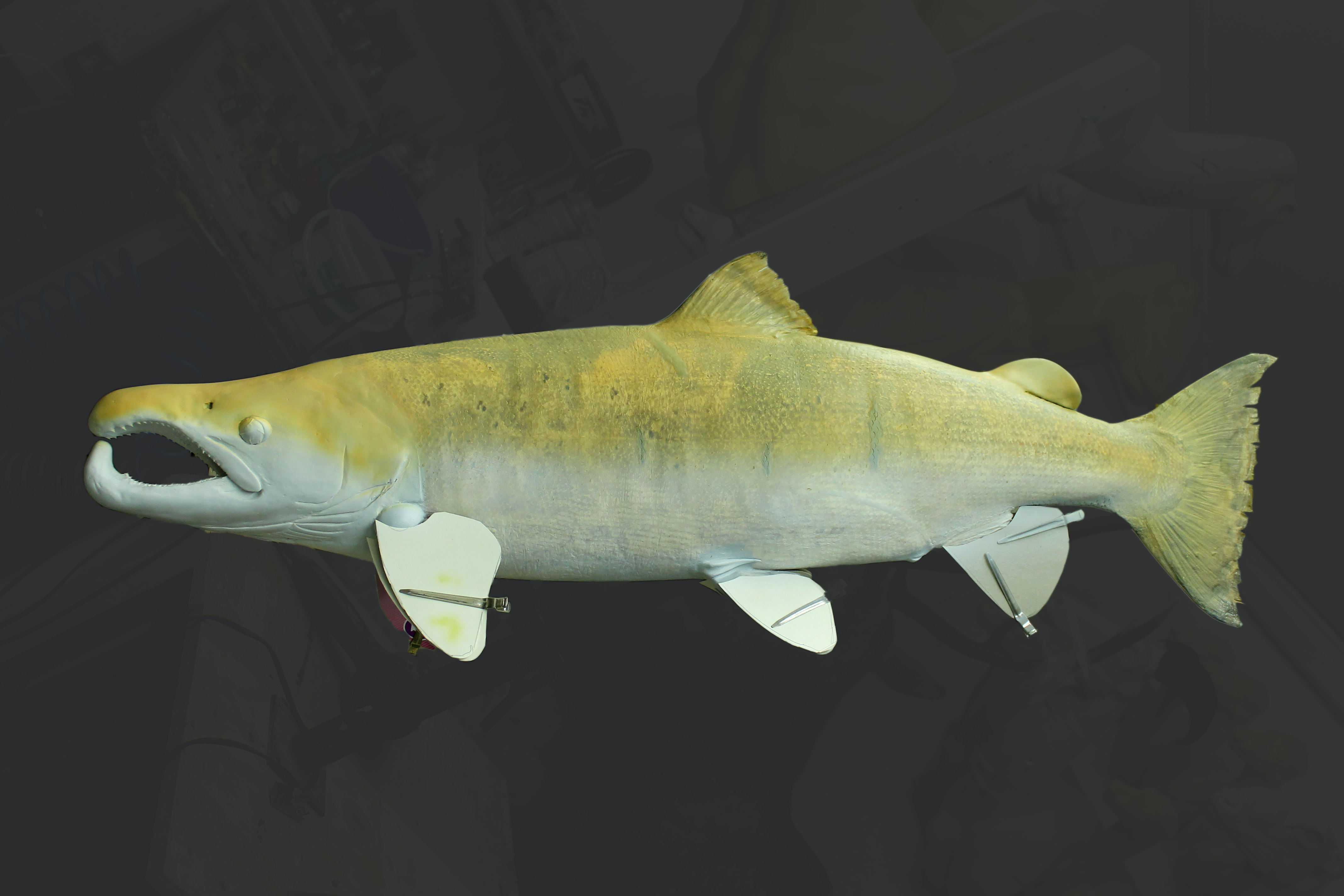 Cock Fish in breeding colours
The Atlantic Salmon has a life cycle that takes it from the river of its birth as a ‘smolt’ to the distant North Atlantic, where its main feeding grounds are. Salmon may stay there for just one year or remain for several years and grow to considerable size before returning to the river of its birth to spawn.

When the Male, or Cock Salmon eventually returns to its home it goes through something of a transformation in its appearance, from the familiar torpedo shaped bar of silver, into what could easily be thought to be totally different fish. People who see one in our studio often ask “what on earth is that odd fish?” This staggering transformation takes just a few weeks or months and is not just a radical change in colouration but also a physical change. The head becomes elongated and develops a long hooked jaw or Kype and its’ colouration and patterning becomes vivid and complex, often referred to as “tartan” in fishing circles.

When it died this huge specimen of a male salmon was 41” long, over 35 lbs in weight and in his full spawning livery, was mounted after it passed away. This fish is very unique as it was part of a large project to reinstate salmon stocks to a river. The fish was caught heading up river along with other female fish and taken to a hatchery in the area. There it was used to fertilise many tens of thousands of eggs which are then hatched and reared into smolts at the hatchery, before being released back into the river. This is of course a somewhat over simplified explanation of what is a very complex and costly project run by skilled fisheries experts.